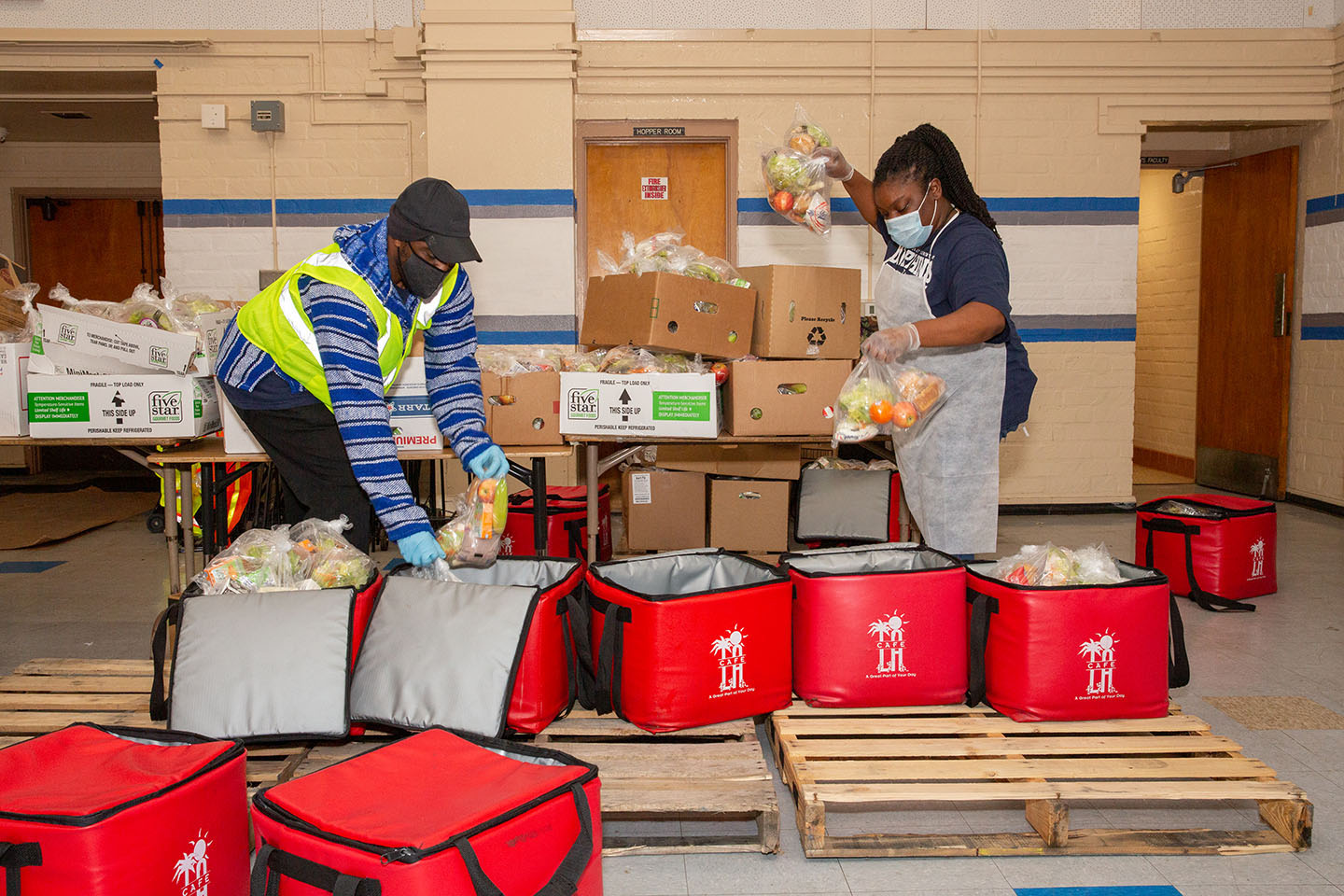 The Nation and Magnum Foundation are partnering on a visual chronicle of untold stories as the coronavirus continues to spread across the United States and the rest of the world. Each week we’re focusing on and amplifying the experiences of frontline workers and communities disproportionately affected by the upheaval, all through the independent lens of image makers whose role in recording, collecting, and communicating stories is especially crucial in a time of collective isolation.

This photo essay was supported by the Economic Hardship Reporting Project (@econhardship).

This week, photographer Arlene Mejorado shines a light on Los Angeles’s volunteer-led food distribution networks that have become lifelines for countless people during the coronavirus crisis. As Mejorado explains, “Undocumented workers have long been the backbone of the food industry in California as farmworkers and service industry employees, but they are also now the most impacted by the mass unemployment the pandemic has unleashed, with no safety net to rely upon.” Mejorado herself has worked as a hostess, bartender, and a line cook: “I was often assigned to be a ‘translator,’ for the kitchen staff, and I saw firsthand how the undocumented back-of-house workers who do the heaviest lifting to hold up LA’s food culture are rarely recognized for their important work.”

Mejorado spent the past week at some of the food pickup spots across LA that are providing a lifeline in an incredibly dangerous time for undocumented immigrants. Some, like the grassroots program Mutual Aid Action Los Angeles, have long been providing free and affordable food to families around MacArthur Park, home to one of the largest Central American populations outside of Central America, and some are new initiatives responding to the crisis, like No Us Without You, started by two Chicanos and a Mexican-American in Boyle Heights who work in hospitality and are distributing food to undocumented back-of-house restaurant workers that have been laid off. Volunteers make up a large part of Grab N Go, a daily free meal program for students and their families at various LA schools, and [email protected] Coalition runs a free meal program daily that serves the trans Latinx community.

“These photographs,” Mejorado says, “reflect how people are stepping into new roles as experts of their own needs, and are working hard to keep their communities intact.”

Tyteanna Alexander lives in the Watts area and has become a food distribution volunteer for the Grab N Go food program. “This is the longest line I’ve seen,” she said. “It’s never been this long.” Edwin Markham Middle School, Watts. 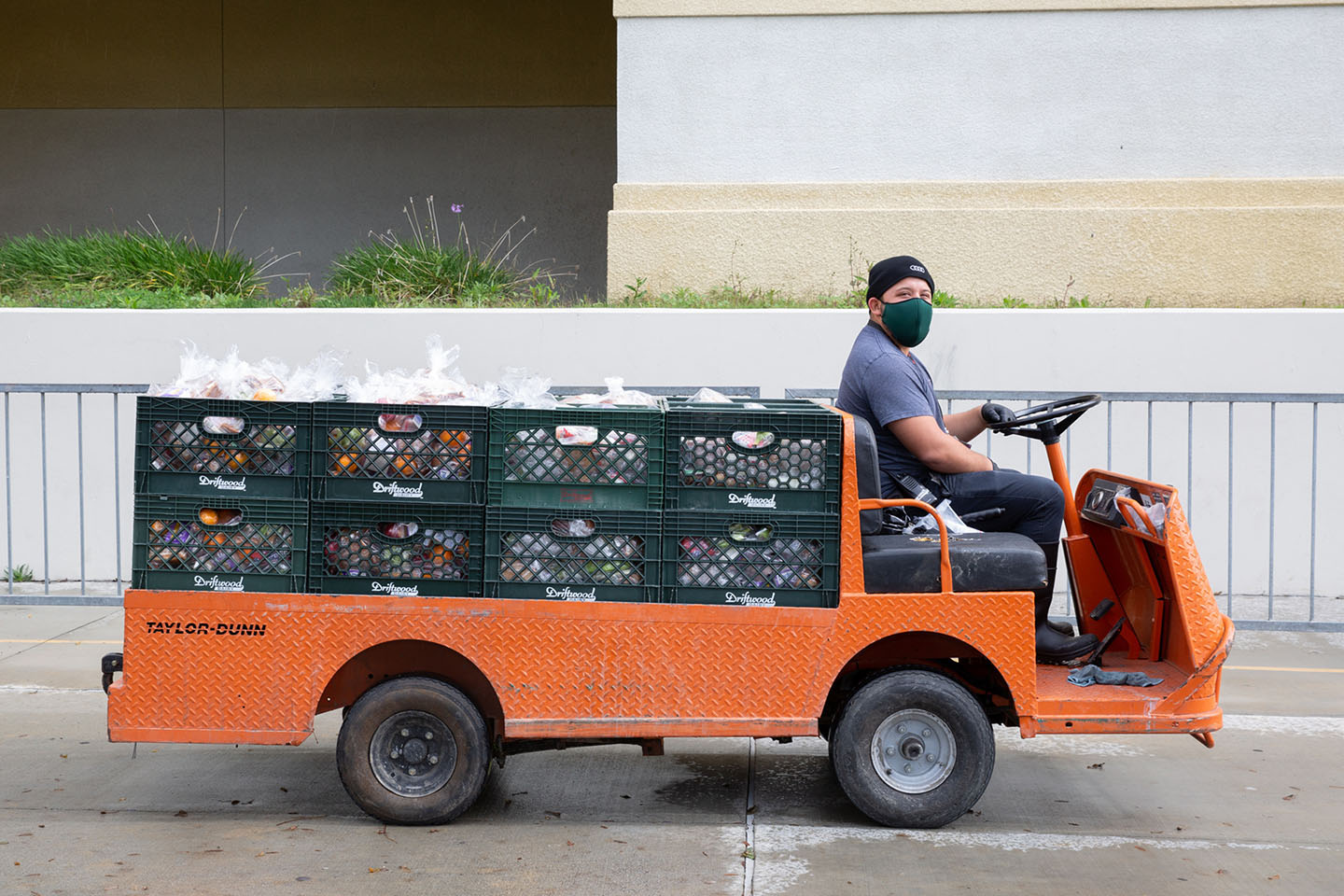 A school employee delivers crates of meals from the cafeteria across campus to the Grab N Go stations, Southeast High School, South Gate. 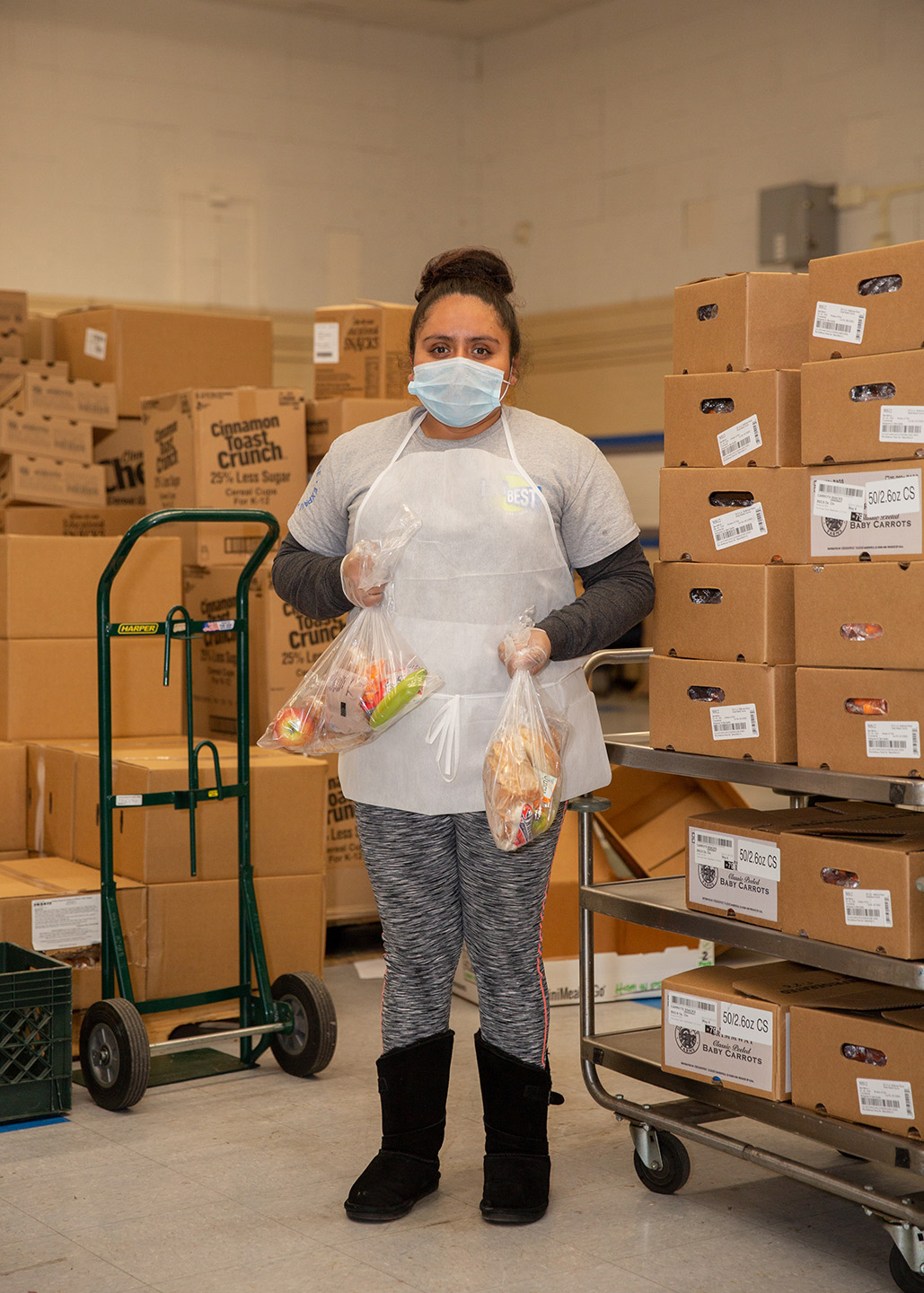 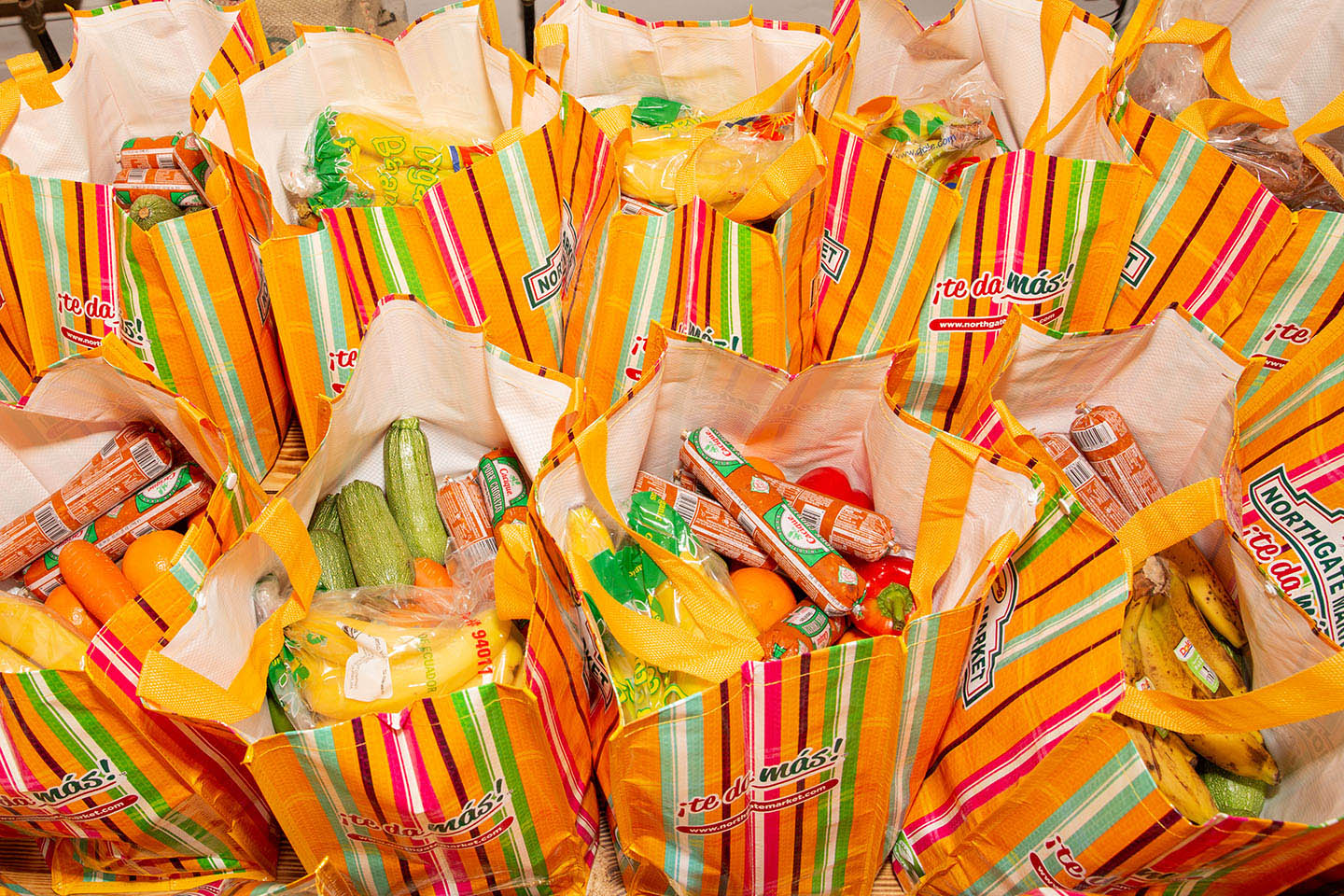 Bags full of essential items such as vegetables, bananas, chorizo, tortillas, rice, and beans are assembled by No Us Without You. 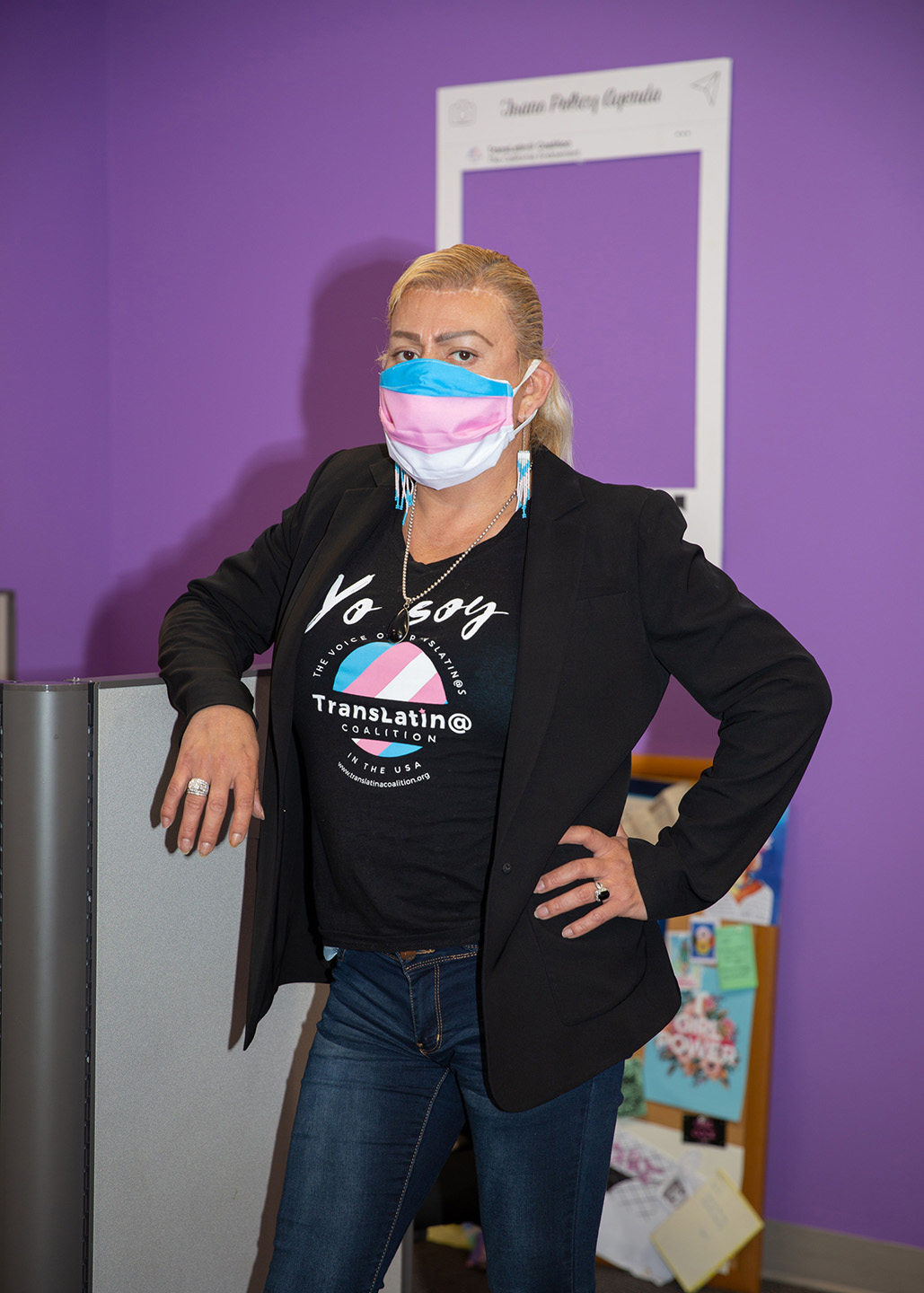 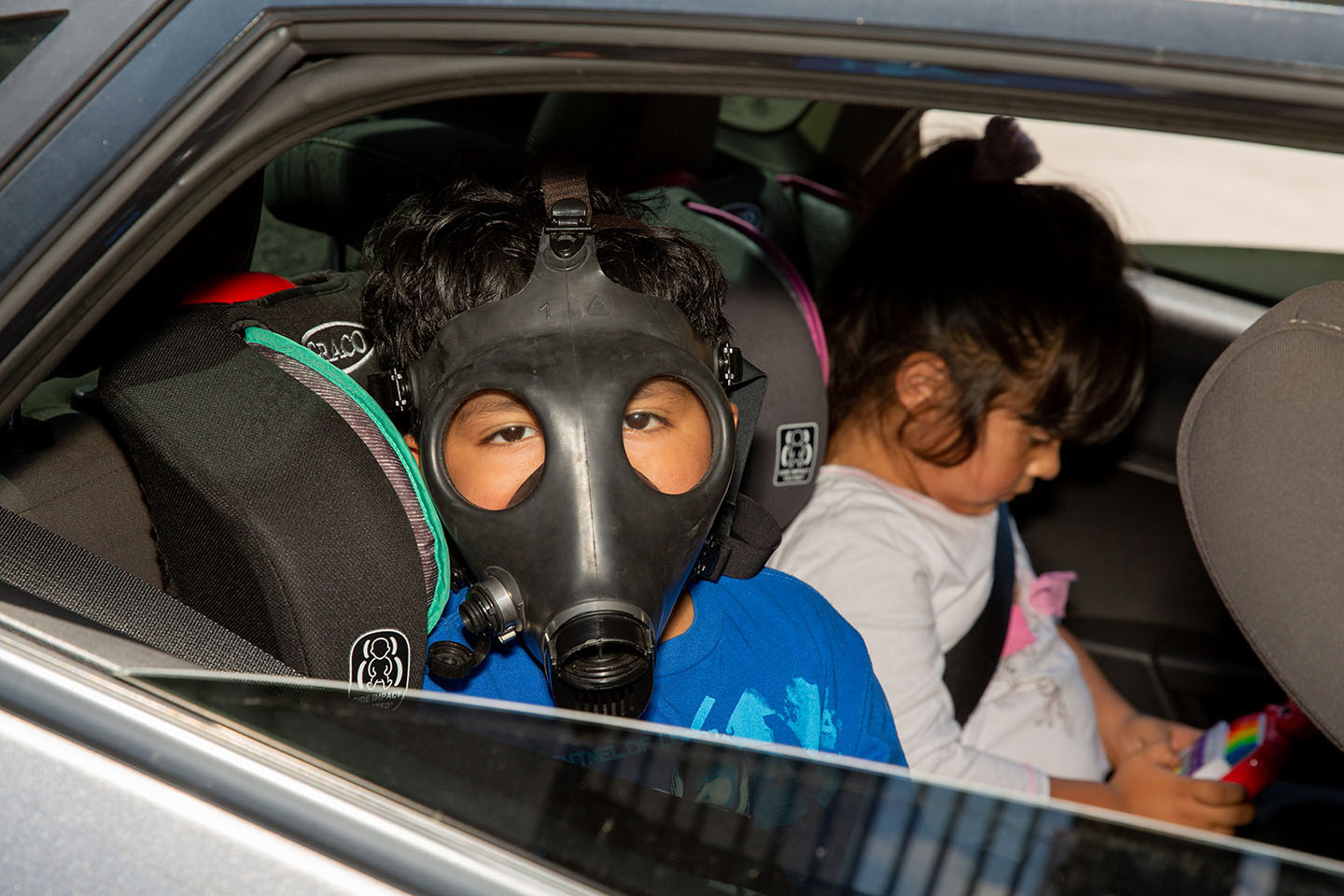 Two children wait while their parents pick up food at the No Us Without You pickup location. 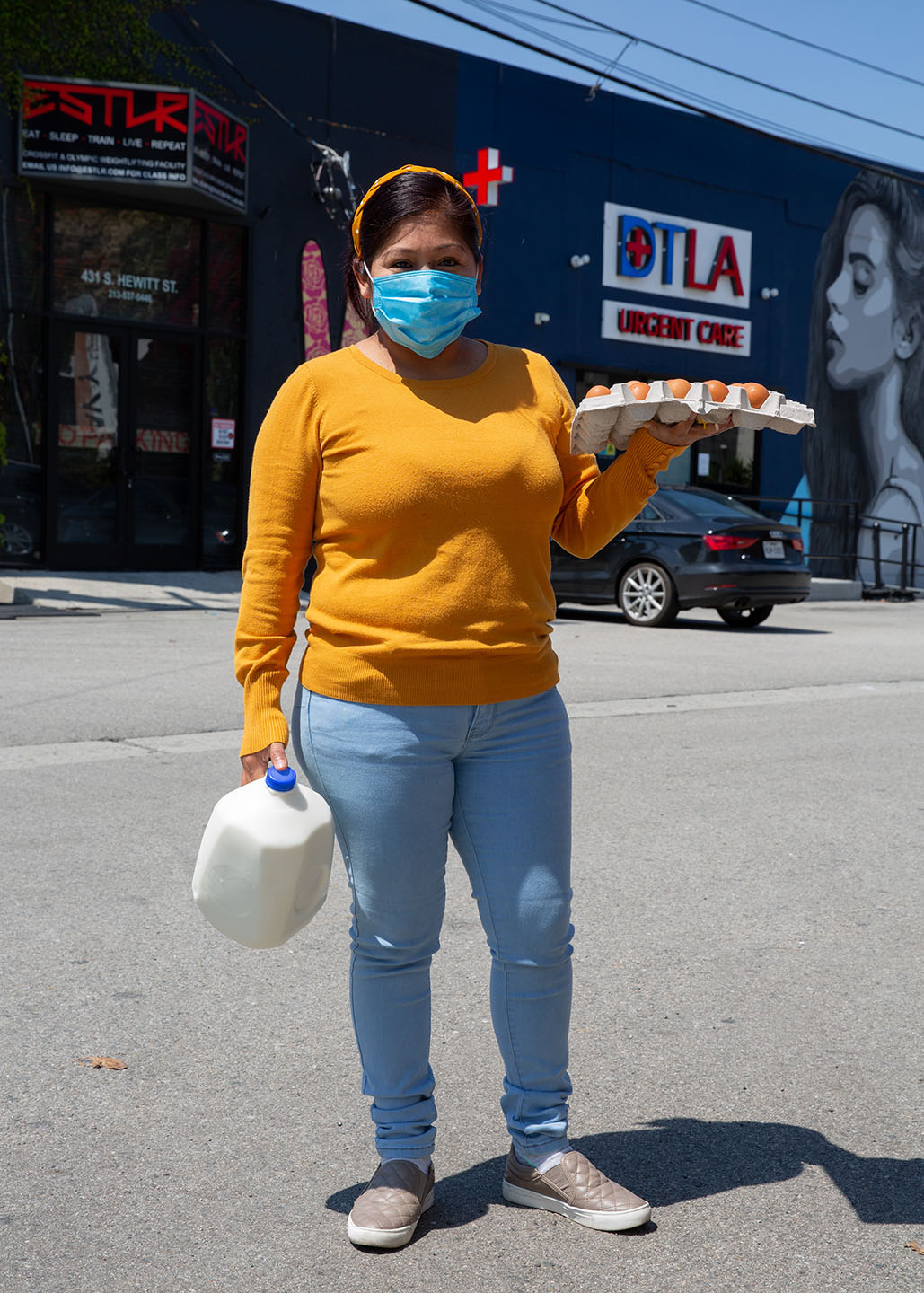 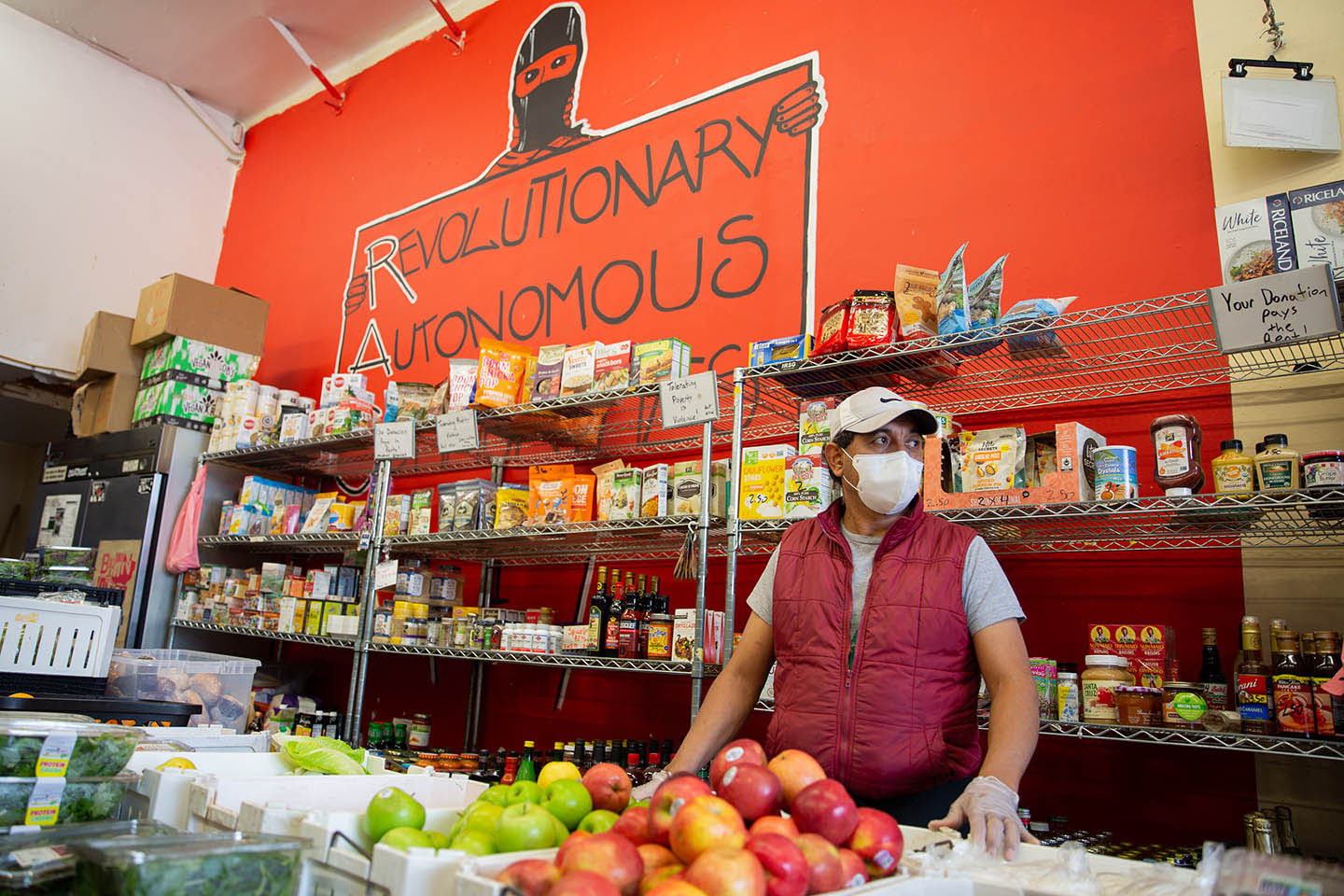 Rene, originally from Guerrero, Mexico, has been a volunteer and member of Mutual aid Action for 12 years and says “We always set up there rain or shine. The amount of boxes we distribute fluctuates between 60 and 200.” 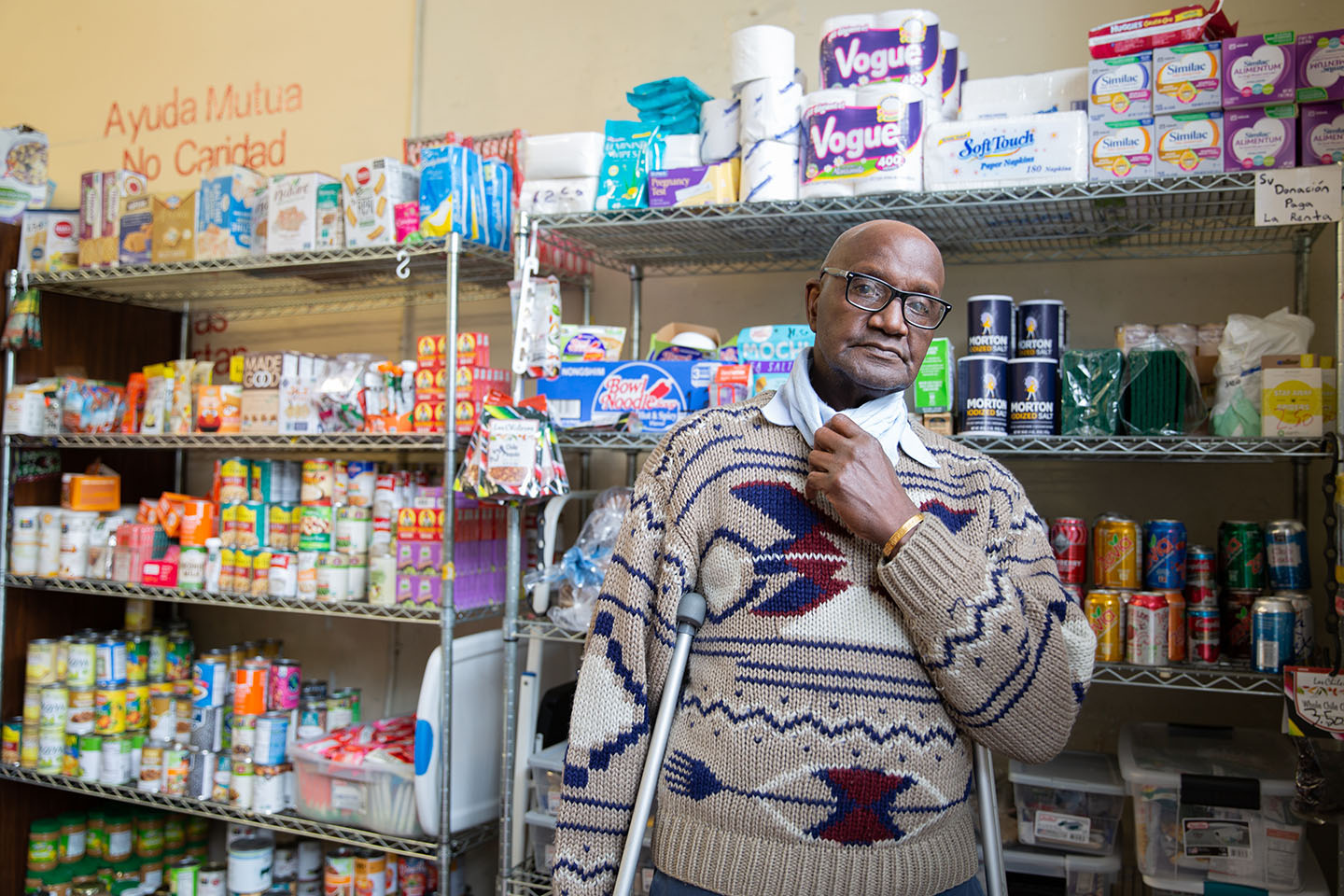 Sammy is a veteran originally from the Bronx who moved to LA in 1971. “I live in the neighborhood and I don’t want to get to the point where I’m afraid to go out to help my neighbor.” Sammy is a volunteer with Mutual Aid Action in Macarthur Park as well as other food programs in the city.