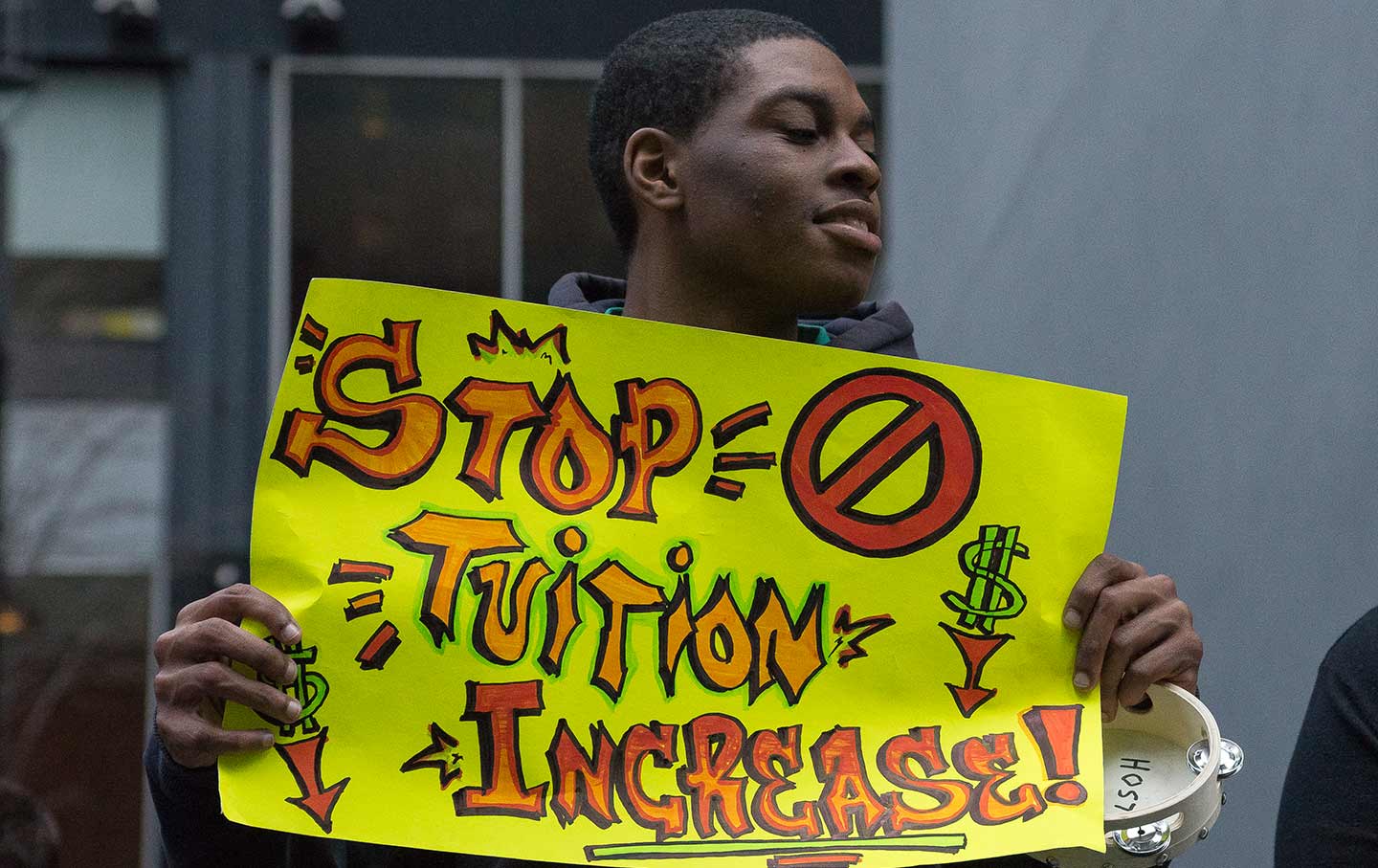 Never before has it been so clear to so many people—notably white people—that police, and prisons, don’t actually make our communities safer. People across the country, many of whom have never heard of the term “abolition” in relation to these institutions are now beginning to understand how the existence of police endangers the lives of millions of racially and economically marginalized individuals as they simply exist—engaging in banal activities such as visiting a local corner store, birdwatching, jogging, even sleeping.

College students in particular have sought to answer the call for abolition on their own campus. Over the past several years, students across the country have become concerned over how much the pricy tuition fees they pay are spent on funding their—often militarized—campus police departments. This realization dovetails with a national reckoning: Police forces are proving, again and again, that they reproduce harm—the same harm that millions have taken to the streets to protest. Some colleges and universities, including the University of San Francisco and American University, have pushed for a campus-wide tuition strike, in which students refuse to pay until schools acknowledge their demands for transformation, with a primary focus on divestment from police forces and reinvestment in student services—demands that echo the #ScholarStrike, where academics struck for 48 hours in solidarity with the victims of police violence.

Since the beginning of this summer, thousands of college students have risen to the occasion of police abolition. UnKoch My Campus estimates that since then, dozens of student-led campaigns to divest from and remove police forces from campus have been launched across the country. Ife, a junior at Harvard College, is one of those students. Ife is a leading member of the Harvard Alliance Against Campus Cops (HAACC), which seeks to shut down the university’s campus police force and use the money to reinvest in resources that support student well-being. Part of HAACC’s work includes raising awareness about the harm that the campus police inflict upon community members, as well as underlining the relative impracticality of the police force, given that the bulk of its work does not respond to or prevent violence. “We want to get rid of this ideological block that has fellow students thinking that police make us safer,” Ife said. “It’s unconscionable to spend any amount of money on a structure that doesn’t keep students safe, that makes so many people unsafe in a really profound way.”

Contrary to the interests of students and community members, colleges continue to invest in campus police. As students and their families shell out hundreds of thousands of dollars to finance their children’s college educations, these tuition payments are used in part to finance private police contracts, which can make up a significant portion of an institution’s operating budget.

For many students, this only makes the astounding rise in college tuition in the United States even more egregious. Often, the high prices are justified by claiming to fund students’ “college experience”—one now drastically disrupted by Covid-19 without any of the attendant drops in tuition price. At the same time, unbeknownst to many students and their families, colleges and universities also accumulate wealth by investing their endowments in multimillion- and billion-dollar industries, notably those based in fossil fuel extraction or the prison-industrial complex. In no uncertain terms, many institutions of higher education amass wealth through investments in industries responsible for the oppression of people of color; climate change; and other forms of destruction that degrade not only the environment but much of the social fabric of peoples’ lives.

Not only do American institutions of higher education invest in companies in the business of oppression— they spend their wealth on expensive contracts with private and local police whose presence on campus actively contributes to racial violence and, despite their gross funding and heavy militarization, do little to prevent violence on campus. According to HAACC’s estimates, the Harvard Corporation likely invests upwards of $20 million into its police forces. Furthermore, exactly how much of their $40 billion endowment is invested in industries with carceral ties remains unknown. As student organizers across the country are starting to realize, police brutality and upholding the prison-industrial complex are more external costs of their college education.

This means that if higher education is to be a more “ethical product,” then it must cut investments in police forces, private prisons, and any extractive or exploitative industry out of its operations and endowment. Its wealth must serve the interests of surrounding communities, student, and staff well-being. Campuses don’t need militarized police forces; they need robust health and financial services for students and staff (especially in this era of Covid-19, where many campuses are closed). This includes compensation for students bearing the brunt of anti-racist labor within the institution.

As tuition-paying students, we are significant stakeholders in institutions whose business practices have fallen below ethical standards and are not necessarily within the interests of students or surrounding communities. As we invest hundreds of thousands of dollars into our education, we have a responsibility to hold our institutions accountable to their stated commitments to student well-being, anti-racism and sustainability. Zoë, a current student, said that the institution that she has invested her money and time into weighs heavily on her conscience. “I don’t think I can feel proud of my degree fully until Harvard divests from this violence that is killing people who look like me and that has harmed family members of mine and countless other people,” she explained. “For Black people, for organizers, abolition has always been urgent, it’s been urgent since the first slave ship landed in the Americas. For anyone who cares about Black life, abolition has to be an urgent thing.”

While boycotting products, on an individual level, may do little to stop the systems of oppression embedded in our capitalist society, our tuition dollars are different. We have a direct relationship to our college and university administrations as they collect tuition payments from us each semester. Until colleges and university administrations consent to the demands outlined by their students—stakeholders—to defund, divest, and dismantle forces of oppression on campus, students in positions of privilege and capacity should #WaitToPay their tuition—until police brutality, systemic racism, and climate change are no longer external costs of a college education in the United States.