Every spring and fall, Chinook salmon make their way from the Pacific Ocean into the Klamath River, in Northern California. Historically, their black-speckled bodies would swim upstream, around the Cascade and Klamath mountain range and into the Upper Klamath Lake in Oregon, before spawning in its major tributaries.

This article originally appeared in Nexus Media News and was made possible by a grant from the Open Society Foundations.

Barry McCovey Jr., of the Yurok tribe, learned to fish along the Klamath as a child, when, as he recalls, the salmon were abundant. Now a father of four, he’s teaching his two oldest children to fish; but unlike when he was growing up, the catches are meager.

“I just want to teach them this traditional method of fishing,” Barry McCovey, fisheries department director for the Yurok tribe, said. “There’s still fish that come up this river and spawn. But the depressed nature of the fish runs is tough on people.”

Since the early 20th century, Chinook salmon numbers in the Klamath River—once the third-largest salmon-producing river in the United States—have fallen by more than 90 percent, according to federal statistics.

Climate change is partly to blame. Hot weather and drought conditions have warmed the river’s waters, giving rise to parasites that can take out salmon in droves. In 2021, more than 70 percent of Chinook trapped in a sample collected by the Yurok Fisheries Department had died, presumed to be from a parasite.

Nearby forest fires, made more common and severe by the climate crisis, also threaten the fish population. In August 2022, as debris from the McKinney Wildfire in Northern California washed into the river and disturbed oxygen levels, tens of thousands of fish died. Locals fear this could have compounding effects on the surrounding ecosystem.

But even before the climate crisis warmed the waters, irrigation canals and hydropower dams, which were introduced at the turn of the 20th century, altered the river’s flows and cut off spawning routes.

These changes have upended a way of life, said Louisa McCovey, environmental department director of the Yurok Tribe. (She is married to Barry McCovey Jr.)

“We have this innate reciprocal relationship with the river and fish in the land, and so we need it to be healthy for us to be healthy,” Louisa McCovey said. “There’s this balance that we have with our environment and the river, and when that’s disrupted, you see a disruption in our health.”

Indeed, more than 90 percent of Native households in the Klamath River Basin have suffered from some level of food insecurity, and more than 80 percent have experienced a diet-related disease, like high blood pressure, diabetes, and obesity, according to a 2019 survey. The Yurok reservation is legally considered a food desert, and some members of the Yurok Tribe have to drive up to two hours to find fresh food at grocery stores, Louisa McCovey said. Depressed fish populations mean Native populations have less access to their traditional foods, she added.

It’s not just the Chinook salmon that are at risk. Other native fish populations have seen declines, and the pink-bellied Coho salmon are listed as threatened in the area. Joe Croteau, environmental program manager at the California Department of Fish and Wildlife, worries about the future of the Chinook population.

“Chinook salmon is super important for us for a variety of reasons, and we do not want them to get listed, or decline like they have over the last couple of decades,” he said. To that end, his agency manages a hatchery that raises and releases salmon into the river by the millions.

Since 2001, members of the Yurok, Karuk, and Hoopa Valley tribes have been suing state and federal regulators to remove dams in the Klamath River, arguing that they were never consulted about the dam insertions in the first place. 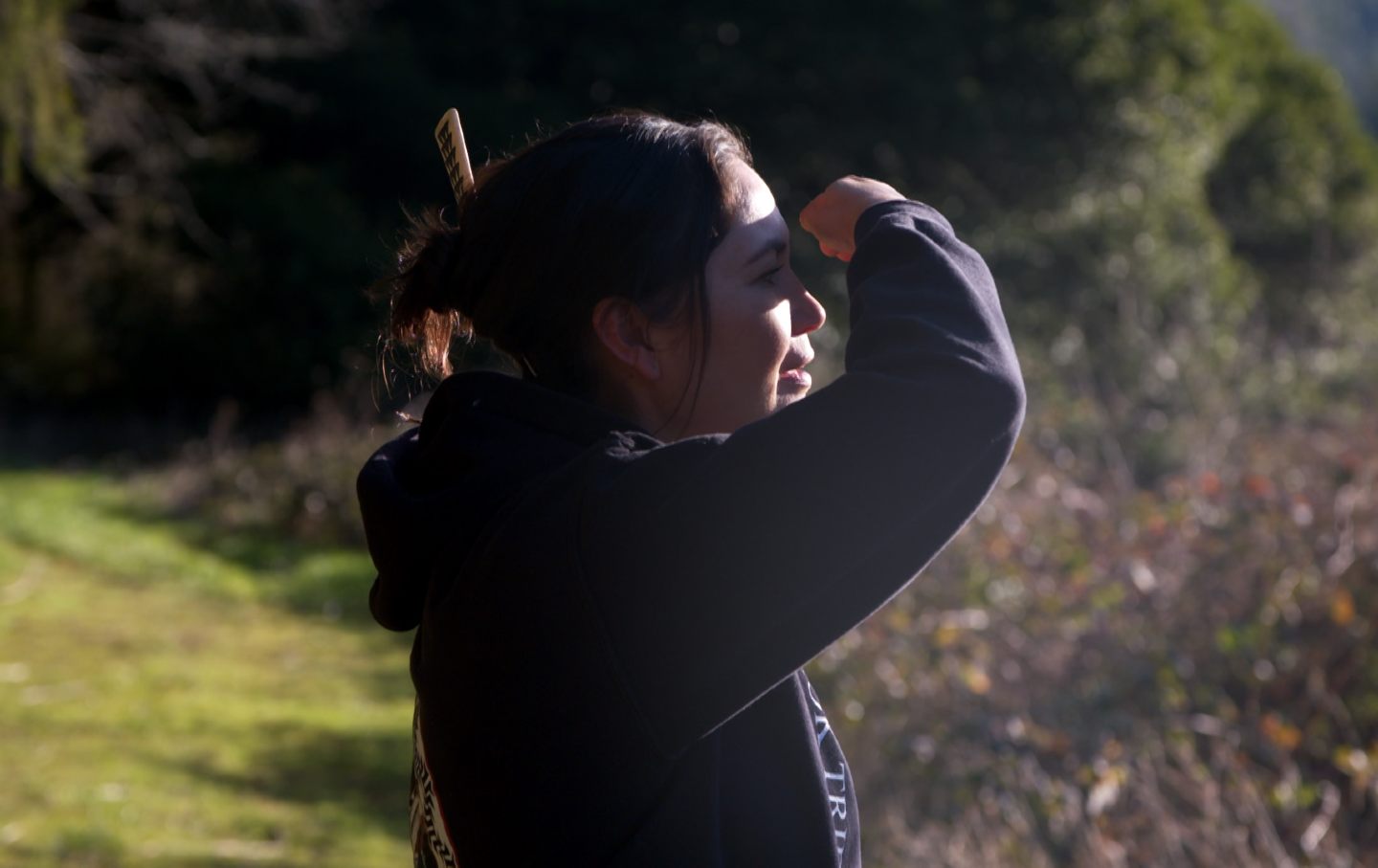 State regulators are finally heeding those calls. Starting next year, Croteau’s agency will help oversee the removal of four dams in an effort to restore 400 miles of salmon spawning habitat. Croteau says the agency is unsure of the exact impact the dam removals will have on fish populations. So, in the interim, they plan to continue operating their own hatchery to ease the transition.

In the meantime, the Yurok Reservation finds other ways to supplement what they hope will soon be repopulated fish communities: The tribe has launched its own food sovereignty program using 40 acres of farmland upon which they’ll harvest their own food.

To Louisa McCovey, this, in tandem with Klamath River protection, is about the “hope our people will be healthier.”

“Spiritually, emotionally, physically,” she says. “And recognizing that all of those things are connected. And that in turn connects us to the land.”