Mensch of the mag: The incomparable Roane Carey, at work in his Nation office. (Photo by Judith Long)

For those of us who’ve been lucky enough to work with him, Roane Carey, who is leaving The Nation after 32 years, is not simply an editor of rare sensitivity and intelligence. He is also a person of extraordinary integrity, kindness, and humility. To write for Roane is to feel protected—not just from your enemies but from your own errors, which he corrects in the gentlest fashion, since he never takes pleasure in correcting you (another rare quality). To write with Roane, as I did on a few occasions when I was the magazine’s literary editor, is to experience the true meaning of solidarity, where the assertion of ego is a distraction from the cause on which you’ve embarked together: speaking truth to power. Has another editor in American journalism demonstrated his level of commitment to racial justice, or to Palestinian freedom, or to exposing the injustices of US foreign policy? If so, I’m not aware of one. 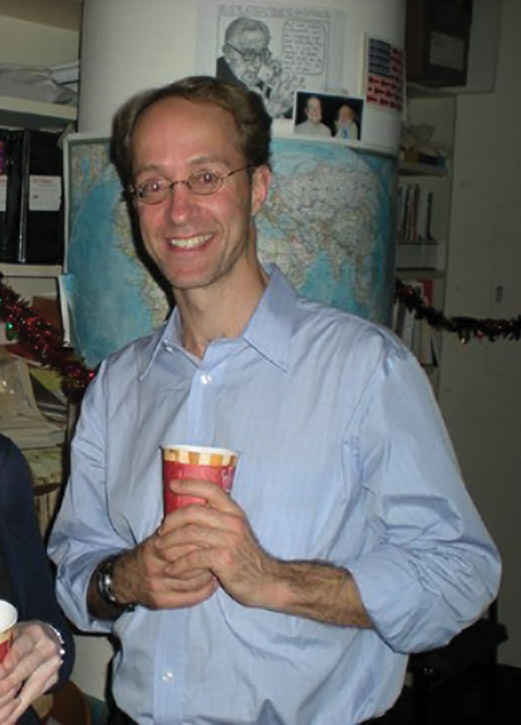 In the offices of The Nation, that claim would seem uncontroversial. No one who has spent time at the magazine is unaware of Roane’s moral passion, his informed and humane radicalism, his dedication to stories that most of the media has overlooked, either through indifference or—as in the case of Palestine, on which he also edited two important anthologies, The Other Israel and The New Intifada—with deliberate disregard. But outside The Nation, Roane—a modest, soft-spoken Southerner who studied history at Swarthmore College—is less well-known, for the simple reason that he has never drawn attention to himself.

I don’t mean to make him sound like a saint. A dear and close friend, Roane is as complex as they come, with a salty sense of humor and a love of life and its pleasures that is anything but monastic. I think of him, rather, as a brilliant ensemble musician—a bassist in a jazz rhythm section, say, or a violist in a string quartet. All too easily overlooked by the audience, he is indispensable to the music’s power, its binding force, such that when he leaves the group, it will never sound quite the same again. After more than three decades of devoted work behind the scenes at The Nation, Roane has left not only the magazine but the country, for a new life in Barcelona. We will miss the music he helped make at The Nation, but we’re also excited to hear him solo, as an American expatriate in Spain.