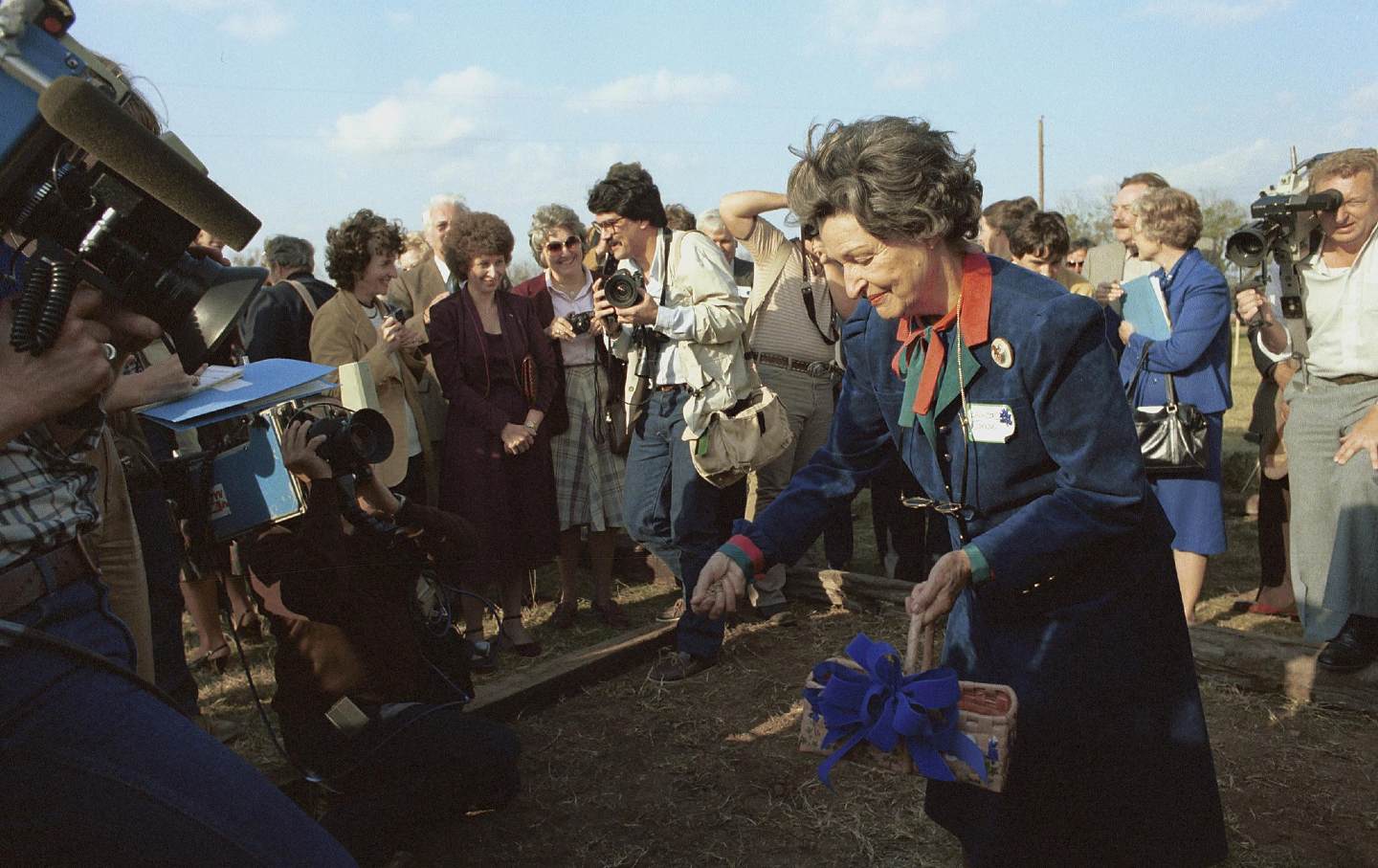 In her new book, Lady Bird Johnson: Hiding in Plain Sight, author Julia Sweig describes a brief moment from the 123 hours of audio diaries the former first lady created while in the White House. Lady Bird was in her private office, talking about all the books that painted her as the woman the country remembers today: the prim and proper political wife who engaged only with minor issues such as highway beautification and who was subordinate to her dominant, philandering husband. The books never came close to acknowledging that she was, as Sweig convincingly argues, perhaps “the most influential member” of the Johnson administration. “Sometime, somewhere,” Lady Bird sighed, “I hope someone will write one with more depth about Lyndon and me.”

This is, of course, a familiar story: a powerful woman’s influence minimized, or completely ignored, in the telling of our history. In 2014, less than 11 percent of the historical figures referenced in US K-12 history textbooks were women, one analysis found, and fewer than 5 percent of US historic landmarks chronicled women’s contributions. And many of those women are remembered, as Lady Bird was for so long, less for their own achievements than for their associations with powerful men.

As Sweig’s book demonstrates, ignoring women’s contributions isn’t just an issue of fairness. The problem is that we simply get our history wrong.