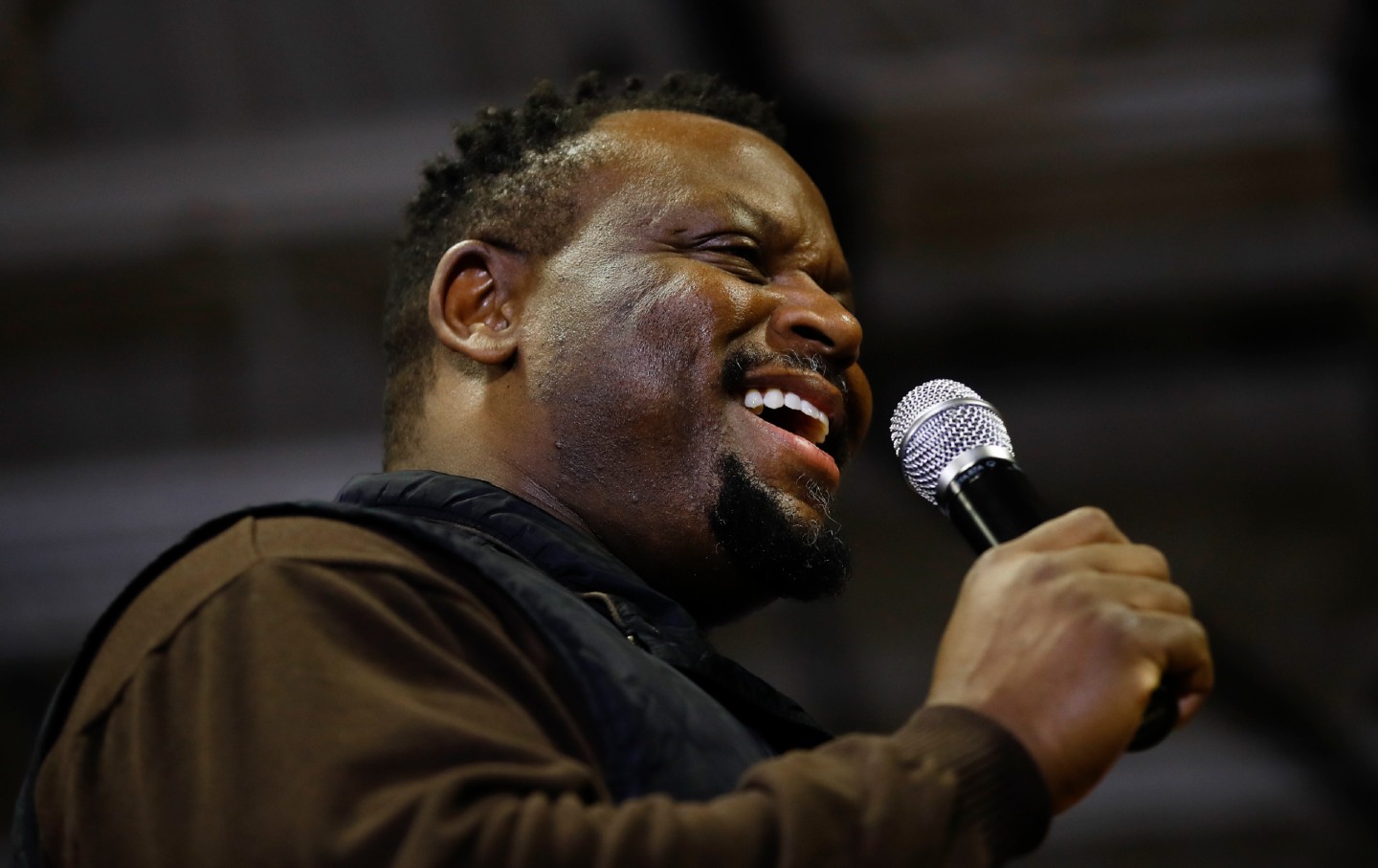 Iowa City. A few nights ago, Mayor Bruce Teague unexpectedly hosted dozens of visitors at his house in a residential area not far from the University of Iowa’s football stadium.

Teague, who is black and openly gay, listened that night to mostly young people, black and white, in the driveway of his home. The first-term mayor has been highly visible since the murder of George Floyd. He has spoken at Black Lives Matter rallies, organized “Speak Up, Speak Out” events at city parks, and met virtually and in-person with protest leaders who have adopted the name “Iowa Freedom Riders” for what is sometimes several hundred marchers and chanters.

The protesters at Teague’s home were hard on him, insisting that he could and should do more to effect real and immediate change. Teague kept his cool, even when protesters mocked his “raggedy-ass house.” Teague believes the young activists may be unaware that mayor of Iowa City is a part-time job with an annual salary of $14,950—somewhat short of UI football coach Kirk Ferentz’s $4.5 million a year. (Teague’s full-time job is running a multigenerational in-home health care agency).

“Despite what happened that night,” Teague told me, “the message I want people to walk away with is that Black Lives Matter. Our house is on fire and we need change—now.”

In the Wake of George Floyd

The Color of Fear

Iowa City’s protesters are savvy and quick to adjust their tactics. Less than a day after berating him at his home, a protest leader led off a rally with a conciliatory statement toward the mayor. “He’s a good man,” said the speaker.

In a generational twist, some old-time protesters from the Vietnam era were bemused by the Freedom Riders’ “request” that their demands be met, and that speakers have referred to the crowds at rallies as “audiences.” But there is no bemusement at the passion, urgency, and commitment of those who have been on the streets night after night since George Floyd’s murder. The Freedom Riders also use every platform for education, recently highlighting the violence experienced by black trans people and recognizing their influence on the current movement.

Generational friction was most evident when some protesters spray-painted the football stadium and a statue of its namesake, Hawkeye hero Nile Kinnick. This was a tag too far for some older folks, many of whom were moved to comment critically, although they had been largely silent about George Floyd’s murder until then.

Few knew that the name first proposed for the refurbished stadium in the early seventies was Kinnick-Slater Stadium, to honor equally another Hawkeye football star, Duke Slater. Wealthy alumni and donors objected, and a “compromise” was reached with the naming of Slater Hall—a dormitory. Slater himself lived in private housing when he played for Iowa, because at that time the University did not permit black students—like Slater—to live in dorms.

Mayor Teague and city council members have pledged to consider most of the Freedom Riders’ demands. Those include dropping charges against anyone who has been arrested for protest-related activities, purging military equipment such as armored vehicles from local law enforcement, and publishing the city’s police department budget in detail.

Meanwhile, 115 miles to the west, BLM protesters achieved something unheard-of in today’s polarized world. They cornered legislators, pushed to meet with Republican Governor Kim Reynolds, and simply stayed at the statehouse in Des Moines until they got what they wanted. Thanks to their spontaneous lobbying (another example of their ability to swiftly shift strategies), a bill was crafted, introduced, passed nearly unanimously in both Republican-led chambers, and signed by the governor in less than 24 hours.

The new law bans police choke holds, requires yearly officer training on de-escalation and implicit bias, enables the state attorney general to investigate officer-involved deaths, and prevents officers from being hired if previously convicted of a felony or fired for misconduct. Not bad for a day’s work.

Iowa has seen more change in the past two weeks than anyone saw coming. The next few years will see even more, as the black and brown population grows and the balance of political power shifts at the State Capitol. Yes, Black Lives Matter in Iowa.