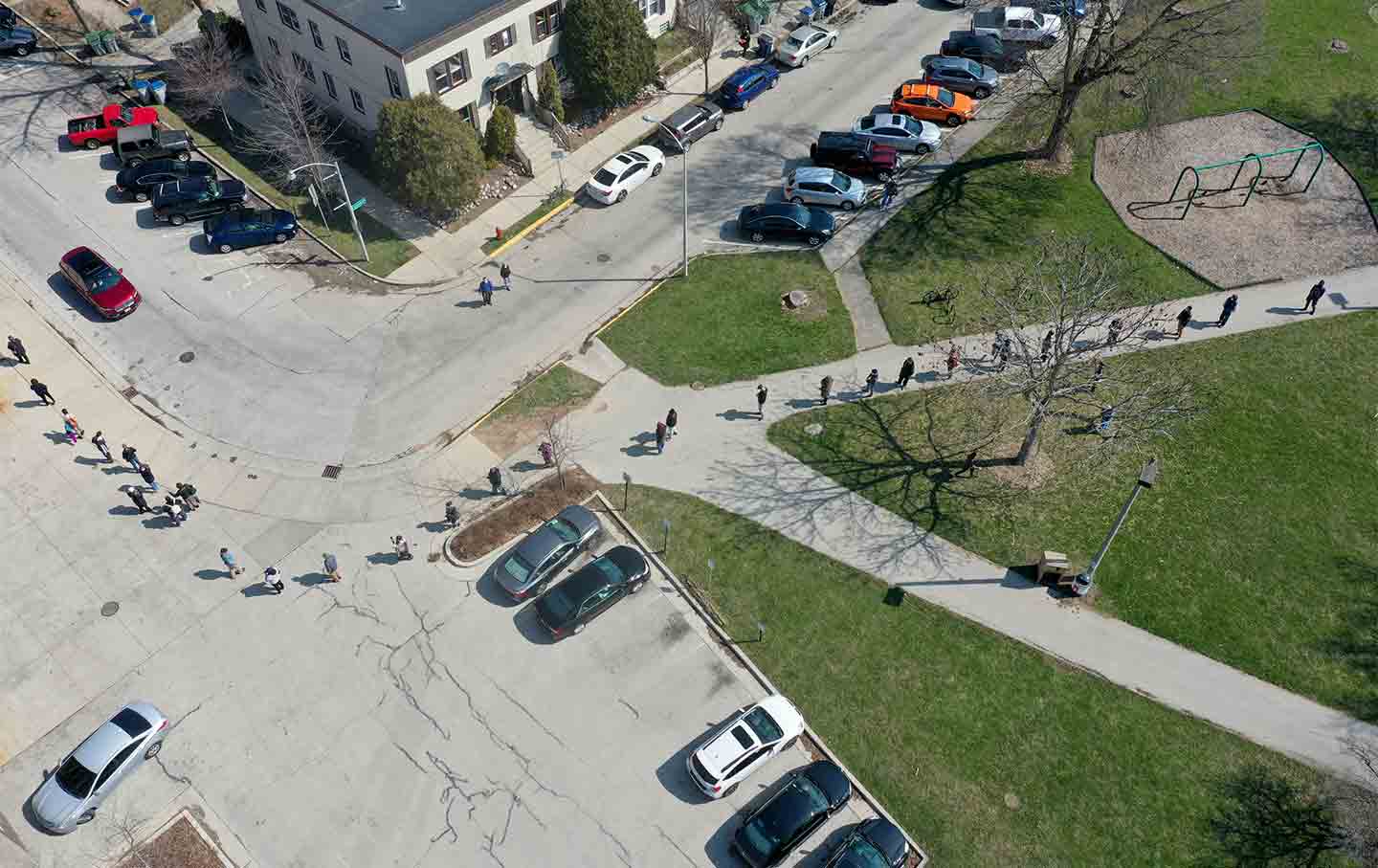 Republicans have opened a new front in their war on American democracy, and it is the cruelest yet. Refusing to heed warnings that in-person voting in Wisconsin’s April 7 elections could spread the coronavirus, they worked with judicial allies to block a move by the state’s Democratic governor to postpone in-person voting and extend the absentee deadline so Wisconsinites could safely cast ballots by mail.

“Wisconsin’s election offers a nightmare vision of what the whole country could see in the fall,” warned Ben Wikler, the Democratic Party of Wisconsin’s chairman. “A fight where Democrats struggle to balance democracy with public health, and the GOP remorselessly weaponizes courts, election laws, and the coronavirus itself to disenfranchise millions of voters who stand in its way.” If the coronavirus lingers or spikes anew in the fall, this could be a recurring nightmare.

The bare-bones story of the Wisconsin fiasco is jarring. Republican legislative leaders openly mocked and obstructed efforts by Governor Tony Evers to do what 15 other states had already done: restructure election plans to avoid sending voters to the polls while they were under orders to stay at home. Why? Wisconsin voters were deciding the fate of a state Supreme Court justice appointed by the previous governor, Republican Scott Walker. “Republicans,” observed Politico, “calculated that holding the election in the midst of the pandemic gave incumbent conservative justice Dan Kelly a better chance of holding his seat.” The scheme failed; Kelly was ousted.

That hard-won victory ought not obscure the lengths to which the GOP went to thwart it. When Evers issued an election-eve order to block in-person voting and extend the timeline for casting and returning absentee ballots, Republicans got their allies on the conservative-dominated state Supreme Court to upend his order, and conservatives on the US Supreme Court intervened to thwart a federal judge’s order to make absentee voting easier.

Tens of thousands of Wisconsinites had to choose between voting and staying safe. For those who are immunocompromised and saw the window for receiving absentee ballots closed by the courts, it was no choice at all; they were disenfranchised. Others took the risk, even as epidemiologists warned the elections could become a public health disaster—especially for the already hard-hit African American community in Milwaukee. “People died fighting for the right to vote, and now people might die if they vote,” Lieutenant Governor Mandela Barnes said on Election Day. “Politicians are silencing the voices of black and brown people or putting us in harm’s way for their own partisan gain.”

This was the ugliest example of voter suppression in a state that has, over the past decade, been a proving ground for the GOP’s win-at-any-cost ethos. Of course, Donald Trump was paying attention. As the president attacked vote-by-mail plans to increase safety and fairness in the November elections, Wikler warned that what happened in Wisconsin won’t stay in Wisconsin.

But the Democrats are not powerless. They need to demand—with hard bargaining that forces the Republicans’ hand—that funding for safe elections is included in federal stimulus packages and in tight state budgets. They need to conduct a massive education campaign to promote early and absentee voting. And they need to channel the anger of Wisconsinites forced to choose between voting and safety into a clear warning that Trump and his allies will stop at nothing in their deadly pursuit of power.