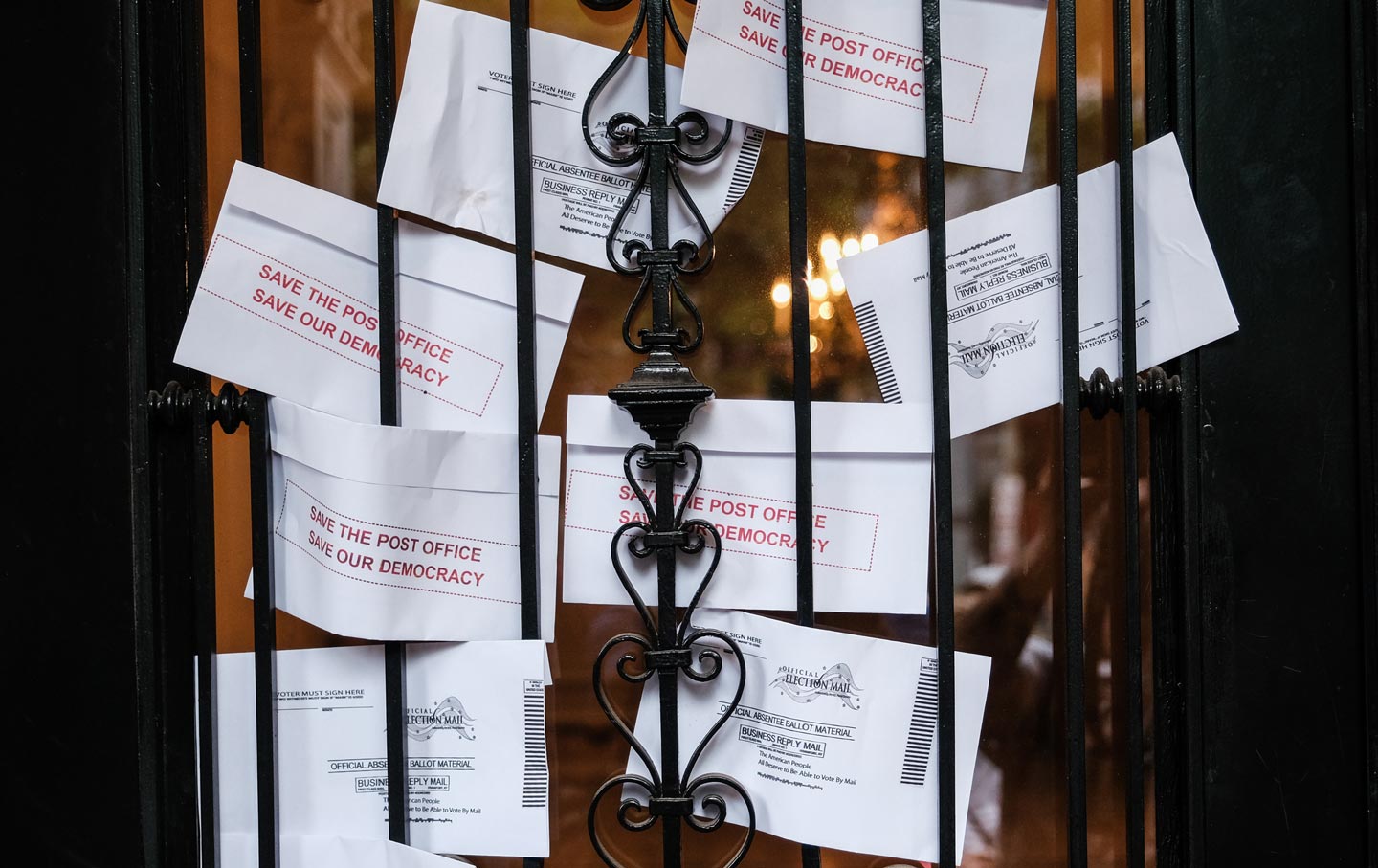 Donald Trump’s attack on the United States Postal Service is by design but not merely his design. Republicans and their corporate allies have been after the post office for years, undermining its ability to function and mocking its more than 600,000 workers in hopes of clearing the way for the privatization of an agency that has, since the founding of the nation, provided essential infrastructure for American democracy. It is the role that the Postal Service will play in the 2020 elections that has Trump and his allies agitated now, but their targeting of it is nothing new.

What could be new, however, is the opening that Trump has created not just for the defense of the post office at this critical moment but for its expansion to address the challenges of the 21st century. Democrats should seize that opening and make the promise of the post office’s renewal central to their fall campaign.

Trump’s jarring pattern of saying out loud what others in his partisan cabal have been thinking was on full display August 13, when he revealed why he and so many other Republicans see the Postal Service as an immediate threat. The president trails in the polls, and the Republican hold on the Senate looks shaky. A fairly conducted election with a high turnout could upend their political power. They’ve sent plenty of signals that they’d prefer to make it hard for voters who are disinclined toward the GOP to cast ballots in fall elections that could be disrupted by Covid-19 outbreaks—and that are likely to see unprecedented levels of voting by mail. Explaining why he objected to emergency funding for the Postal Service, which has been stretched to the limit by the demands of this pandemic moment, he bluntly acknowledged, “They want $25 billion—billion—for the post office. Now they need that money in order to have the post office work so it can take all of these millions and millions of ballots.”

The blowback was so intense that Trump walked his remarks back a few steps that same evening, including suggesting that he might be open to negotiation. But that didn’t change Republican antipathy. While Democrats in the House voted in May to get $25 billion in emergency funding to the Postal Service, Senate majority leader Mitch McConnell continued to block action. And Trump’s new postmaster general, Louis DeJoy, was busy slowing down—and physically dismembering—the agency. The crisis came to a head a day after Trump talked about holding up the money. The Washington Post revealed that the Postal Service had warned 46 states and the District of Columbia it could not guarantee that all ballots cast by mail for the November elections would arrive in time to be counted. Meanwhile, there were reports from across the country that curbside mail collection boxes and sorting machines in postal facilities were being removed.

House Oversight Committee members demanded that DeJoy, a major GOP donor and fundraiser, explain himself. Speaker Nancy Pelosi called members back from vacation to address the issue, and state attorneys general prepared to take action. These are necessary reactions, but there must also be a big-picture response that addresses the roots of the Postal Service’s fiscal problems: a draconian congressional mandate that it fund pensions 75 years into the future and severe restrictions on how it can operate in competitive markets. Democrats have begun to embrace proposals to ease the burden on this enormously popular and vital agency. This fall they should go all in, with robust support for visionary reforms such as postal banking, which would allow post offices to provide basic financial services in underserved communities. 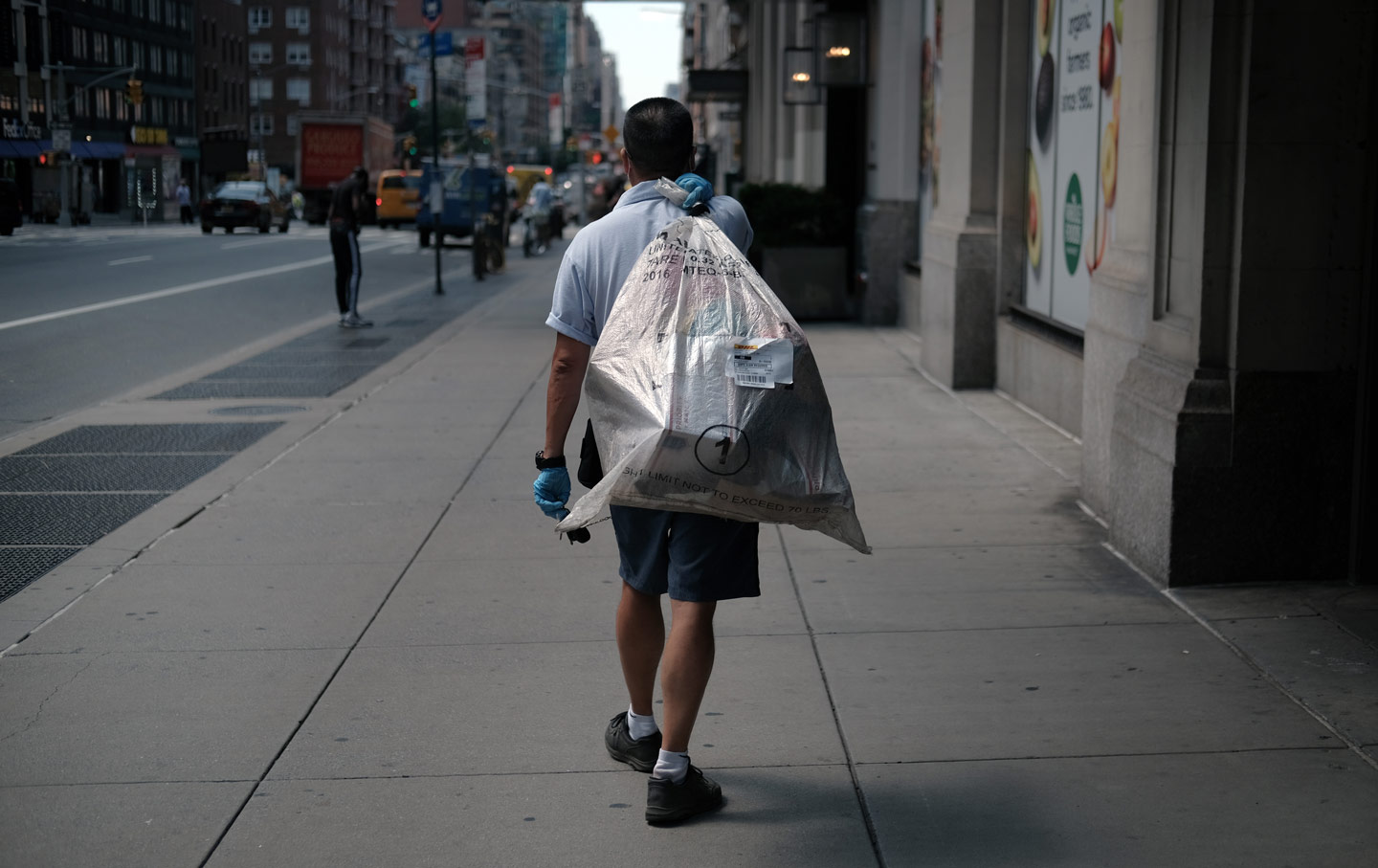 If it is a fight over the future of the Postal Service that Trump and the Republicans want, give it to them. People in rural towns and urban neighborhoods don’t just want to vote by mail. They want to vote for a future that will keep the mail moving for generations to come.

What We Still Haven’t Learned from the Trump Era