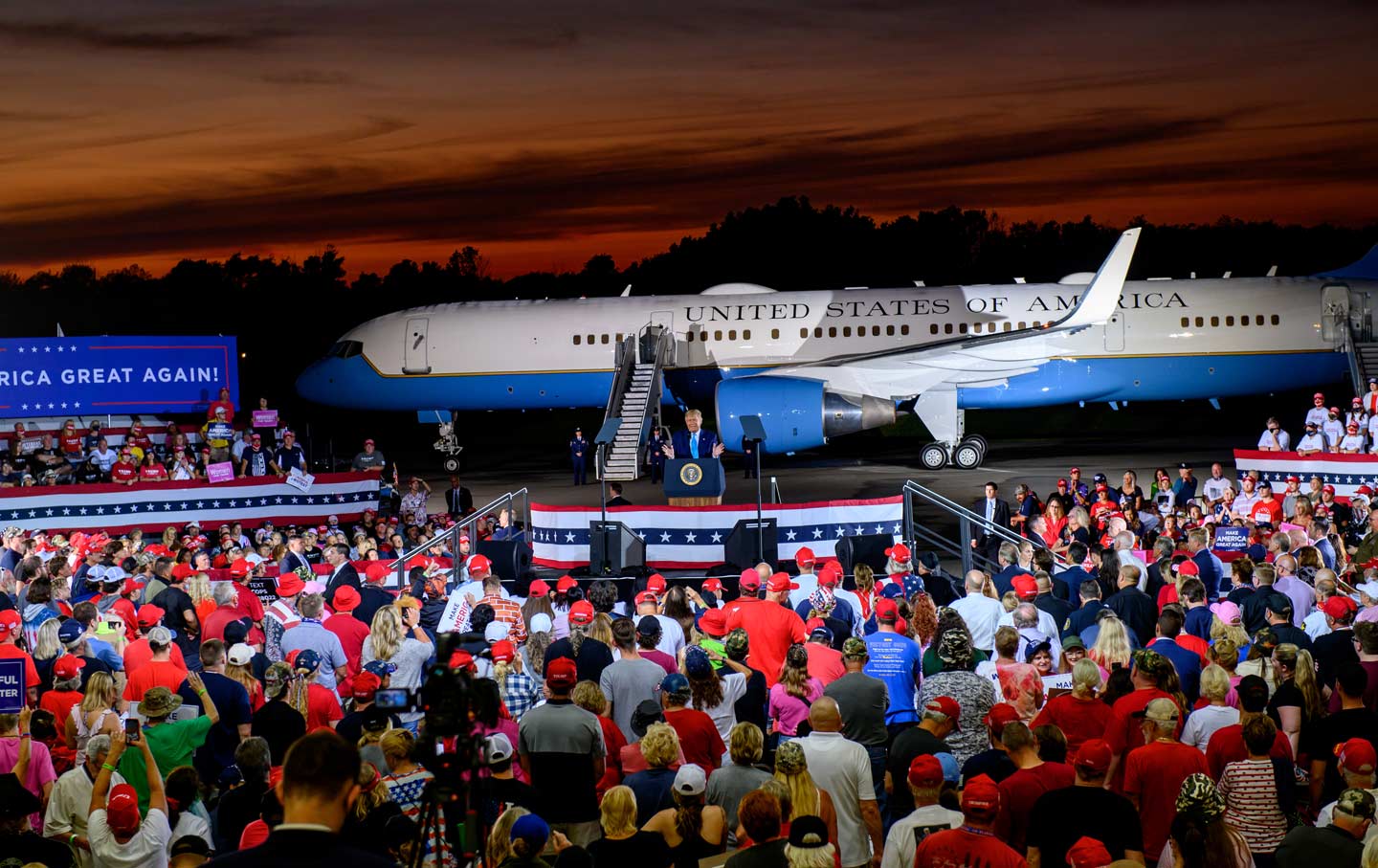 Like presidents before him, Donald Trump says, “My first duty as President is to protect the American people.”

Yet when he was called upon to answer a threat to Americans so severe that it would in barely three months leave more dead than were killed in World War I, Trump deliberately lied. He downplayed the danger in the critical early stages of the fight—which the president would eventually describe as “our big war”—and he has continued to lie as the death toll has ticked upward, past 100,000, past 150,000, past 175,000.

Tens of thousands of those deaths were preventable. But Trump’s lies made them inevitable.

This is not hyperbole.

This is not election-season exaggeration.

This is the stark fact of Donald Trump’s infamy—a deliberate dereliction of duty that in a time of declared war would be identified as “treasonous.”

On February 7, 2020, after he had been briefed in detail on Covid-19, Trump told The Washington Post’s Bob Woodward, “This is deadly stuff.”

“You just breathe the air,” the president explained, “and that’s how it’s passed.”

A president who recognized his duty to protect the American people would have moved aggressively to address the threat, as leaders of other countries did. Instead, Trump denied the danger, with his words and deeds, until the rates of infection and death surged to levels that Dr. Anthony Fauci acknowledged in early August had the United States experiencing the worst coronavirus outbreak in the world.

Two weeks after he spoke to Woodward about “deadly stuff,” Trump tweeted to the world on February 24, “The Coronavirus is very much under control in the USA.” On February 27, he said, “It’s going to disappear. One day, it’s like a miracle, it will disappear.” On March 10, he said, “And we’re prepared, and we’re doing a great job with it. And it will go away. Just stay calm. It will go away.”

But it did not go away. It grew into a pandemic, a public health crisis of epic proportions that would quickly leave tens of thousands of Americans dead, millions infected, and tens of millions unemployed as the economy shut down. Had Trump taken a different tack, if he had taken urgent action to enforce social distancing and other precautions in early March—instead of promising “It will go away”—Columbia University analysts have determined that roughly 54,000 Covid-19 deaths would have been prevented.

Why didn’t the president protect the American people?

”I wanted to always play it down,” he told Woodward on March 19. “I still like playing it down, because I don’t want to create a panic.”

That statement—which should have been reported immediately—was not an acknowledgement of wrongdoing. It was a description of a deliberate strategy. Trump was lying to the people he had a duty to protect. And he would keep on lying.

People took the president seriously. They believed him as he downplayed the pandemic, week after week, month after month, and engaged in what he admitted Wednesday was cheerleading.

One of the Americans who believed Trump was Mark Anthony Urquiza, a 65-year-old Arizonan who died June 30 after more than three weeks battling Covid-19.

His daughter, Kristin Urquiza, told last month’s Democratic National Convention, “My dad, Mark Anthony Urquiza, should be here today, but he isn’t. He had faith in Donald Trump. He voted for him, listened to him, believed him and his mouthpieces when they said that coronavirus was under control and going to disappear; that it was okay to end social distancing rules before it was safe; and that if you had no underlying health conditions, you’d probably be fine.…

“My dad was a healthy 65-year-old. His only preexisting condition was trusting Donald Trump, and for that, he paid with his life.”

Mark Anthony Urquiza was not alone. Trump’s deliberate deception and dereliction of duty has led thousands to their deaths. The toll rises with each passing day, and Trump keeps saying, as he did Thursday, “Calm, no panic!”