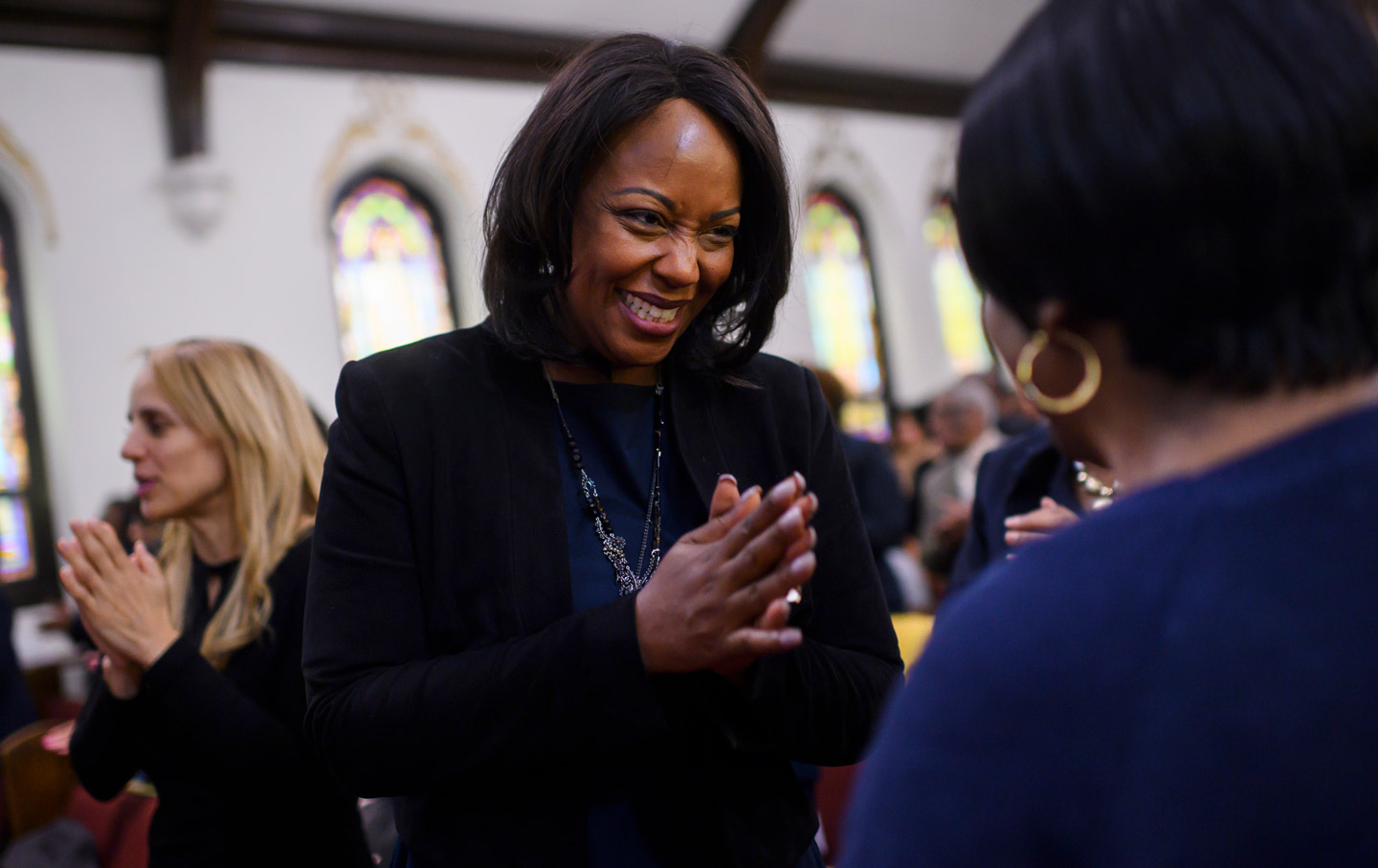 Maya Rockeymoore Cummings is running in a Maryland Democratic congressional primary Tuesday. She’s speaking powerfully and poignantly about a range of economic, social, and racial justice issues facing the city of Baltimore, the state of Maryland, and the United States: “deep levels of inequality,” “untold grief and mental anguish on the part of African Americans” over police brutality, and “the undermining of democratic norms” by Donald Trump. And she is talking about transit.

“Transit is absolutely a social justice issue,” says the former chair of the Maryland Democratic Party, who has to a far greater extent than most candidates running this year put time and energy into speaking about mass transportation issues in the way they should be discussed. “When people have to take two, three, four buses to get to the places they need to get to—to work, to school, to care for a family member—that undermines their prospects. There needs to be more people in Congress who understand why we have to have reliable public transportation.”

She’s right. Transportation policy is so frequently neglected by so many candidates that the innovative urban policy website CityLab asked just before the 2018 election, “Why Do Candidates Ignore Mass Transit?” There are plenty of reasons, but there’s one bottom-line reality: “American politicians rarely make public transportation a core issue of their election campaigns. That’s a problem for cities.”

It’s also a problem for rural areas, where mass transportation options that once existed have disappeared. It’s a problem for the economy, because workers who lack cars can’t get to jobs that have often been moved to suburban warehouses or the exurban “campuses” of employers that have fled major cities. And it’s a problem for the climate, because, out of necessity, tens of millions of Americans who would be better served by clean and green mass transit are forced to rely on gas-guzzling automobiles.

In the 2020 presidential race, the issue has been largely sidelined—rarely mentioned in debates, barely touched on by most candidates. “On the campaign trail, 2020 presidential candidates are talking about how making major changes to the way Americans get around can improve the economy, reduce carbon pollution, and make jobs and schools more accessible,” noted a savvy assessment of positions taken by the campaigns assembled for the website Curbed. “But while many of the candidates have released dedicated housing and climate plans, few have specific plans around transportation and infrastructure.”

“For most of 2019, Sen. Bernie Sanders’s climate plan was the only one to address transportation comprehensively—yet it still relies heavily on private electric vehicle adoption,” observed the online review. “High-speed rail, freight, and public transit are all accounted for, and one-fifth of the $16 trillion budget is earmarked for grants, incentives, and other programs for Americans to acquire and charge electric vehicles.” Massachusetts Senator Elizabeth Warren’s campaign got some high marks, as did the brief candidacy of former New York mayor Mike Bloomberg. But, for the most part, candidates fell short when it came to offering comprehensive plans.

The same goes for most candidates in this year’s congressional, state, and local contests. Even now, as critical funding for state and local governments and agencies to keep public transit running amid the Covid-19 crisis has stalled in the Senate, few contenders are displaying a proper sense of urgency about transportation issues. But Cummings is. She speaks of the focus on these issues as part of “Elijah’s legacy.” Her late husband, Representative Elijah Cummings, was arguably the most outspoken advocate for mass transportation and transit workers in Congress. Members of the Amalgamated Transit Union still remember the epic “bus” speech he delivered at their 1998 convention, with its stirring praise for the role transit systems in general, and bus drivers in particular, play in the lives of working-class Americans. 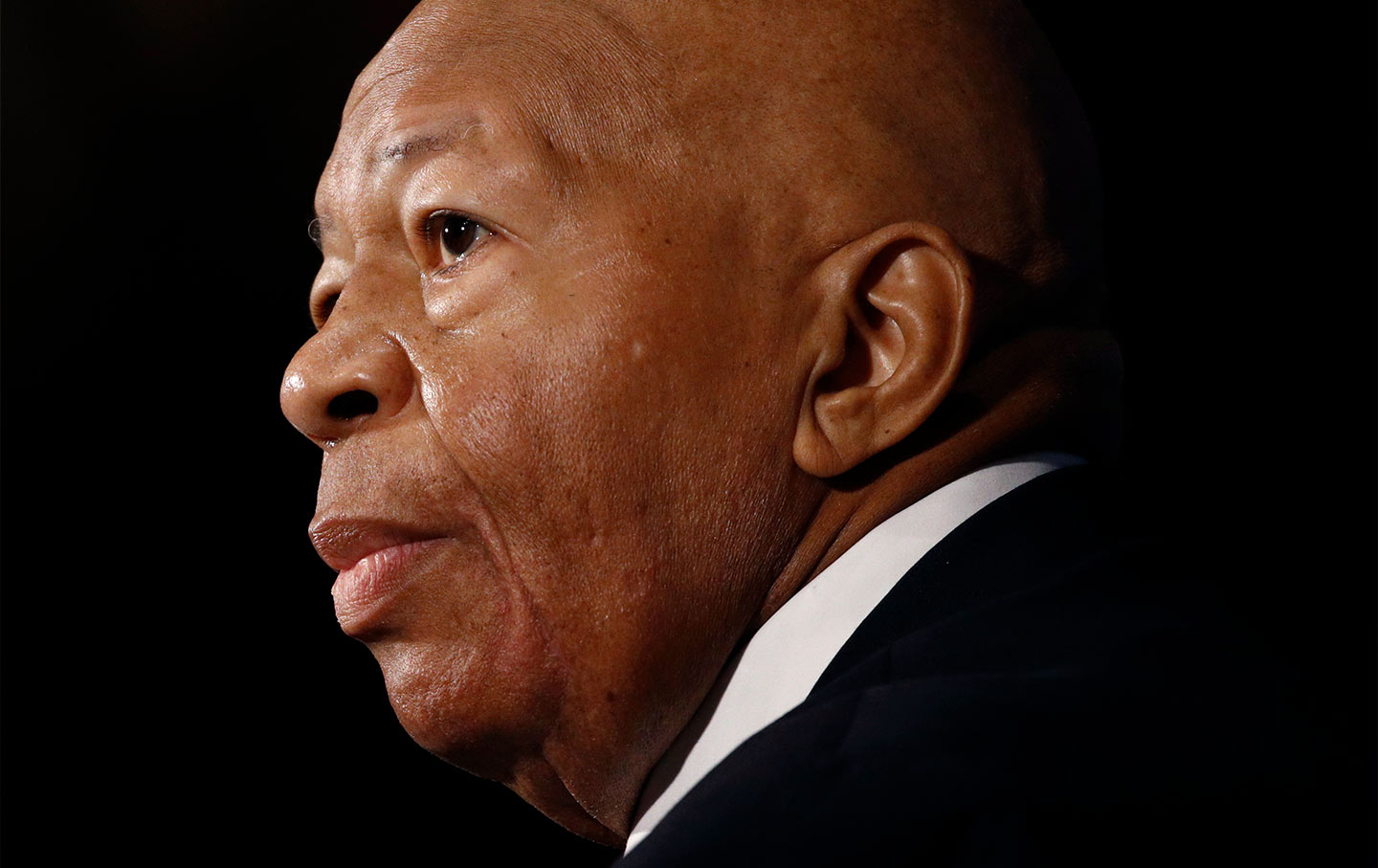 Elijah Cummings Took On the Powerful

The race that Maya Rockeymoore Cummings is running on Tuesday in Maryland’s 7th congressional district is a challenging one. The special election to fill the seat after Elijah Cummings’s death last fall was won by former US representative Kweisi Mfume on April 28, after Mfume swept an earlier Democratic contest in which the late congressman’s widow finished second. Now, as the pair face each other again in a multicandidate primary to choose the Democratic nominee for a full term, candidates and election officials are wrestling with all the challenges of organizing elections during the coronavirus pandemic.

But Cummings, a former congressional staffer who holds a PhD in political science with an emphasis on public policy, is seizing every opportunity to talk about a big, bold agenda that includes support for single-payer health care, universal family care, raising the federal minimum wage to $15 an hour, and getting federal funds for revitalizing transit systems across the country. “We’ve neglected our infrastructure for the past half century,” she says. “If ever there was a time for a investment in the future, this is it.”