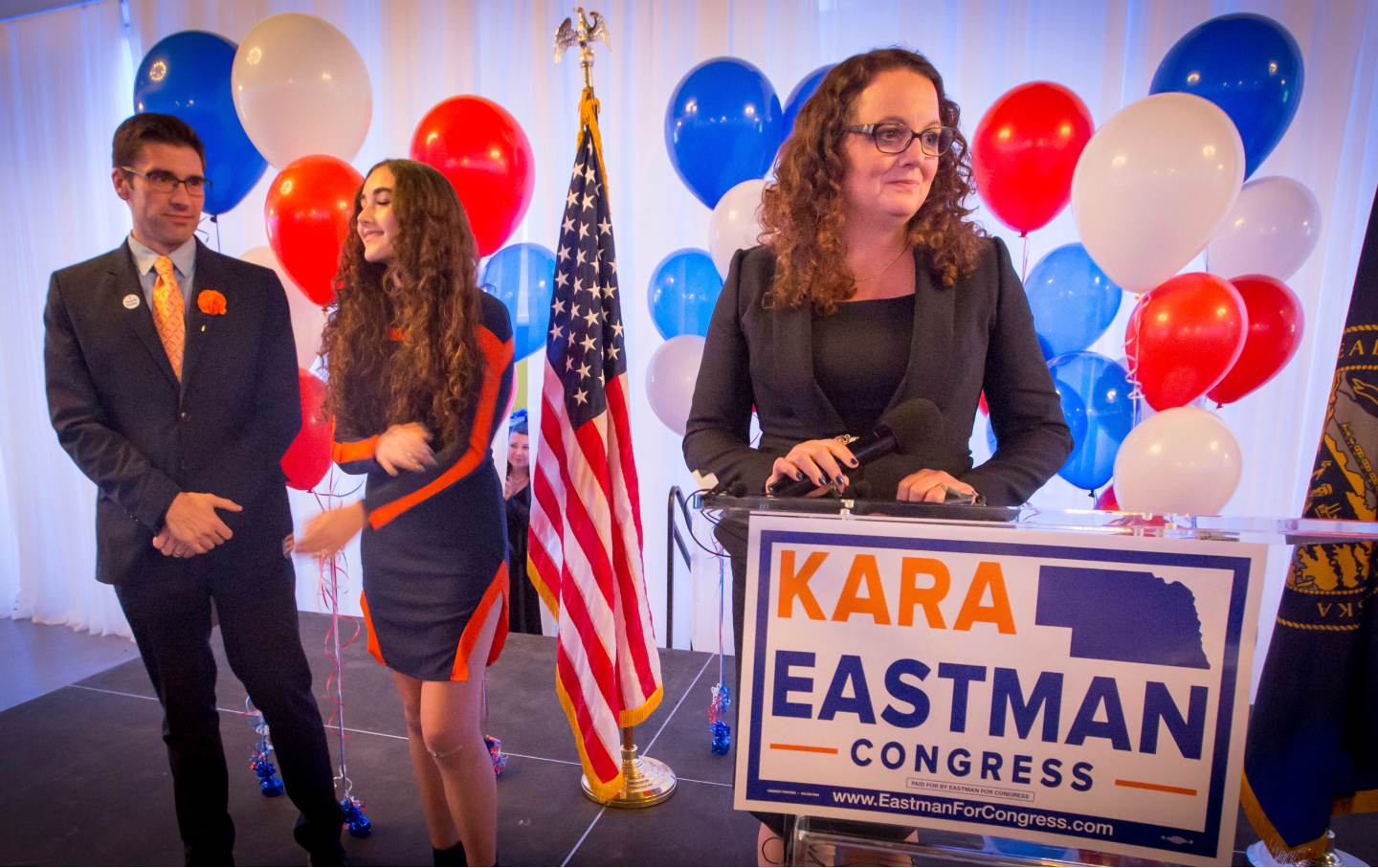 Two years ago, I wrote about what Kara Eastman’s victory in the Democratic primary for Nebraska’s 2nd Congressional District meant for the party. Eastman’s narrow win, without the support of the Democratic Congressional Campaign Committee (DCCC), was “stunning,” I said. “If there is to be a Democratic wave, it is outside insurgents such as Eastman who will drive it.”

This month, Eastman took 62 percent of the primary vote, about double the share of her next-closest competitor. Her landslide victory is a story of persistence. Eastman lost in the 2018 general election, but she rebounded from that and her DCCC snub. This time, with the help of the DCCC and the backing of Emily’s List and other groups, she has a real shot at winning in November—despite the pandemic, the economic crisis and the fact that Nebraska remains a deeply red state.