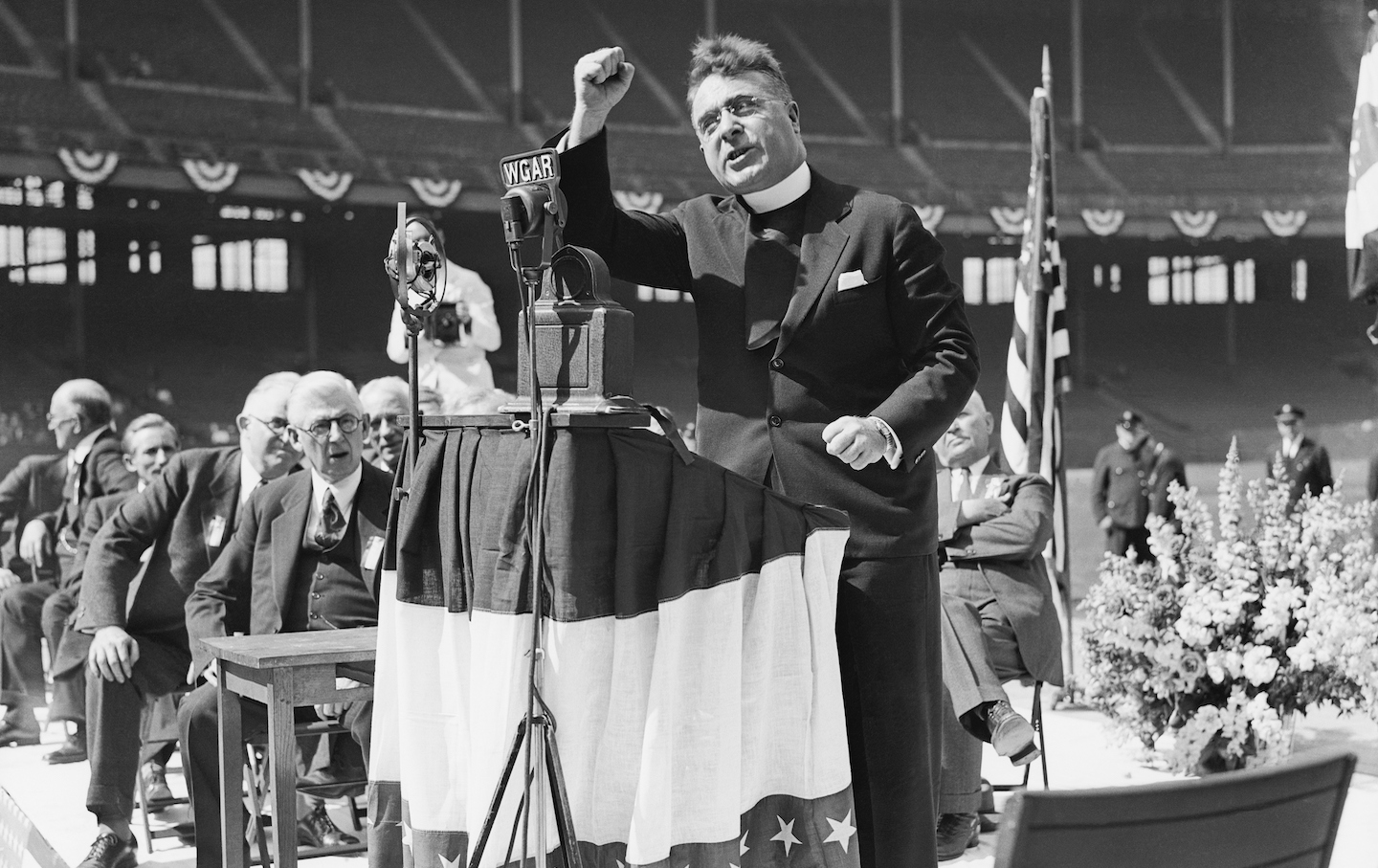 As a writer, I consider Thomas Frank something of an idol. Early issues of The Baffler, the magazine he cofounded in 1988, were hugely influential to me as an adolescent, and his books on political culture—like The Wrecking Crew and Listen, Liberal—continued to influence me well into my adult years. My own writing is what I call “store-brand Thomas Frank,” at its best a passable substitute for the real thing.

The People, No: The War on Populism and the Fight for Democracy

But it was with some hesitation that I approached a review of his latest work, The People, No, a history of anti-populism from the founding of the People’s Party in 1892 to the Reagan years. I had the nagging fear that the book could be his heel turn, a cringe-inducing “Actually, Tom Cotton and Donald Trump are the real populists!” take.

Fortunately, The People, No is not that. Rather, it is a book that gets—in fact, obsesses over—what “populism” is and is not, historically and in the present. Populism has a long and impressive history in American politics, a record of achieving real, tangible improvements in the lives of working people, including progressive income taxes, the eight-hour workweek, direct election of senators, and the abandonment of the gold standard. Frank identifies a pattern of elites (or anti-populists) who have perceived popular movements—early 20th century Progressives, labor activists, the civil rights movement—as threats to their own power and have responded by belittling those groups that have not met with their approval.

This is the fundamental premise for Frank: that true populism represents the economic interests of the working class and, as such, is reliably detested and rejected by the upper classes (hence the titular No). Populism is not the practiced folksiness of a George W. Bush or Bill Clinton, whose man-of-the-people politics were merely a performance while his policies were always meant to serve moneyed interests. Neither is populism synonymous with anti-elitism alone: Donald Trump sounded faux-populist notes in 2016, but proceeded to govern like the id of the plutocracy when elected. In short, a lot of what gets called populism is not. “Right wing populism,” with its top-down power hierarchy, is the latest incarnation of Father Coughlin or later-period Huey Long demagoguery, while the abundant use of populist language is a marketing strategy for an ideology based solidly in meritocratic deference to elites and experts.

It could come off as an exercise in semantics to parse the “correct” use of an ideological term in a country where some people consider Joe Biden a socialist and in which “liberal” means “anything I don’t like.” But there is something important here, as our present political discourse legitimizes the nationalist, authoritarian, antidemocratic right by calling it a true populist movement. It should matter—it does matter—that the reactionary right and genuine populists share nothing but a superficial dislike of cultural elites. Trump exudes that kind of resentment, spewing bile at the establishment that won’t embrace him, at magazines that won’t give him awards. Anti-elitism, though, does not a populist make.

To elites, though, anything arraigned against them is “populist.” Anyone who thinks Larry Summers is a fraud and the White House Correspondents’ Dinner is a bunch of self-gratifying bullshit must be of the same ideological cloth. Frank characterizes, correctly, the current state of American politics not as elites versus the masses but as two parties (superficially liberal and conservative) that represent warring factions among the elites.

The People, No is compelling in parts, with moments of real brilliance, but it makes the bizarre structural choice to follow the narrative of American populism through the year 1988 and then, literally in one sentence, to jump forward to 2016 with the assertion that the reader is already familiar with everything in between. To Thomas Frank fans and readers of his previous books, that is probably true, or true enough. For anyone else the jump-cut over 30 years of political history will seem strange.

When the narrative does reach the present and recent past, Frank’s focus becomes a bit scattershot. My first impression was of a very good, thorough book about a century of American populism, with an afterthought of a chapter on 2016–20 that incompletely ties that history to the present. Frank’s take on Trump during and since 2016 is dead-on; Trump is what the historian Reginald Swing called a “pre-fascist,” the type of crassly self-interested politician who desensitizes people to the language, gesture, and ideology of fascism. The entirety of the conception of Trump as some flavor of populist is based on his ability to focus obsessively on his grievances: He hates The New York Times, just as his supporters do. But his complaints are rooted in the world of Page Six, in the way he perceives his mistreatment at the hands of the intellectual elite.

For the Democrats, struggling as ever to define who they are and what they stand for beyond “Not the Republicans,” Frank reaches the right conclusion the wrong way. Without true economic populism as a central component of the Democratic message, much of modern liberalism, Frank tells us, amounts to what he characterizes as “scolding.” Scolding Trump voters for being bad, ignorant, unenlightened people. Scolding the left for failing to adhere to the liberal consensus that political change, if it can happen at all, must happen only gradually and in ways that do not threaten the wealthy or the powerful. Calling liberals a bunch of scolds and dunking on them strikes me as well beneath the level of nuance Frank can handle and makes the closing chapter unsatisfying in this otherwise important discussion.

Absent any element of economic populism on the part of Democrats, the hollow populism of Trump appeals to people whose experience is rooted in decades of government failure to meaningfully improve the lives of working people. As little as Americans can afford to suffer four more years of Trump, four years of Biden, Pelosi, and Schumer cooling their heels and explaining why we can’t really change much of anything is as dangerous in the long term. It only delays the inevitable: more phony anti-elitism posing as populism from the right, and further erosion of whatever remains in this political system and government that is worth saving.