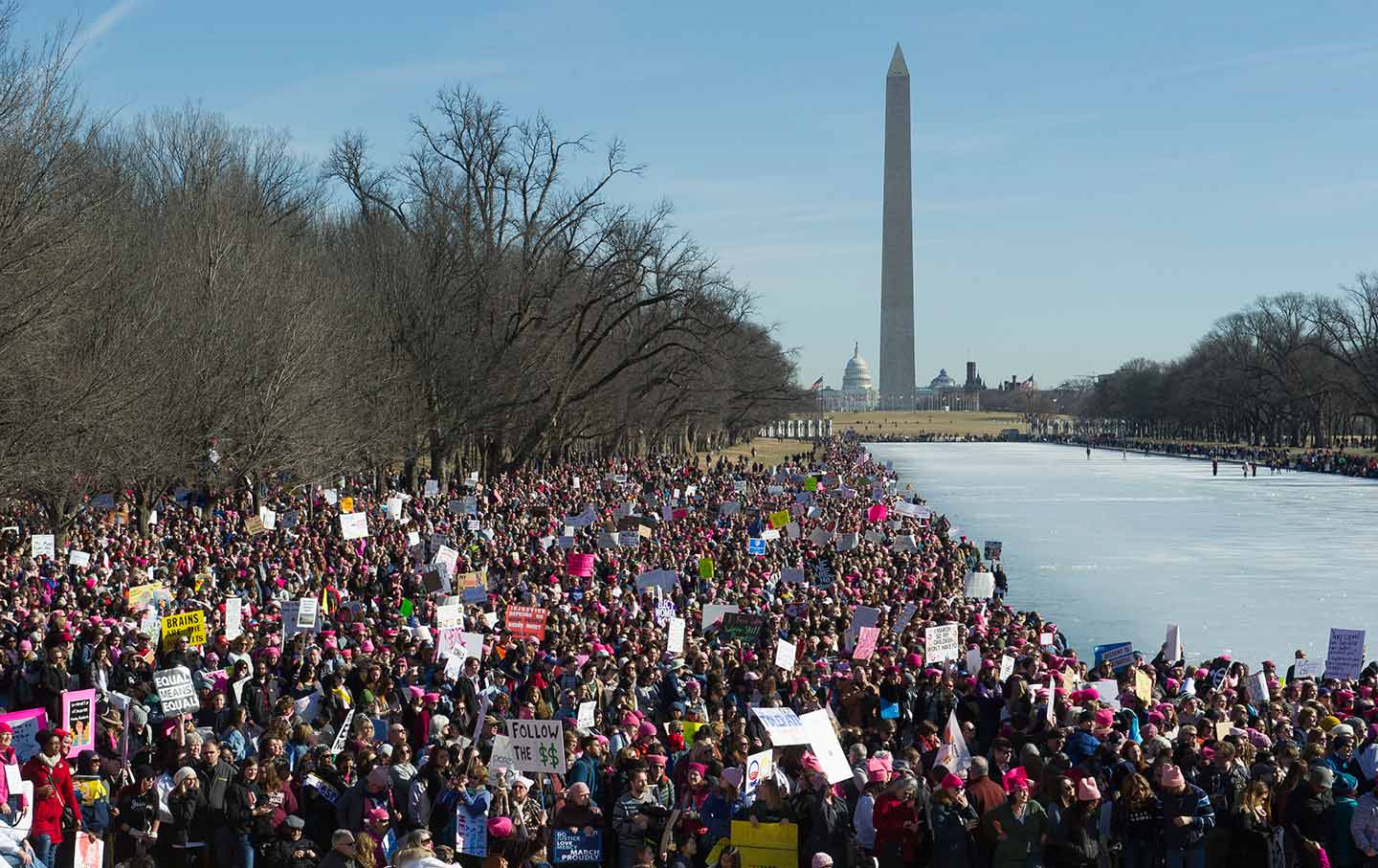 Once upon a time, many American women looked forward to a euphoric 100th anniversary celebration of the 19th Amendment, which belatedly granted us the vote, to be led this month by the nation’s first woman president. We still celebrate, though that much-anticipated president lost to a confessed sexual predator whose administration is dedicated to rolling back women’s rights. As I write, we are also preparing to celebrate the Democratic Party’s second nomination of a woman for vice president, though I don’t know who she is yet. (Readers might by the time they read this.) But we know that Joe Biden, who might have skipped a third run for president to back one of the four women senators who ran in 2020, promised to pick a female running mate before he sealed the nomination—a consolation prize of sorts for the largest bloc of American voters.

We will, of course, accept that consolation prize and go forth to save American democracy, as women voters have been doing since Donald Trump’s election shocked many of us (too many of us, especially white women) into passionate activism almost four years ago. And not just activism: An unprecedented number of women ran for and won offices around the country, inspired by the Women’s Marches that heralded the rise of a real resistance.

Whomever Biden chooses, it will be a victory for women, though bittersweet (especially if his choice is a centrist). If a woman is ever to occupy the Oval Office, it seems, even 100 years after we won the vote, even after we powered the anti-Trump resistance, she will have to spend some time directly apprenticing to a man, living at a safe distance from actual power at the Naval Observatory. And whoever gets the nod from Biden, we all know, has had to endure the same sexist stereotyping as did the women senators who had the audacity to run for president against him and as Hillary Clinton did in 2016.

On this happy centennial, though, let’s not be bitter. Nobody likes a bitter woman. Also, let’s not be too ambitious. An early front-runner to become Biden’s pick, 2018 Georgia gubernatorial candidate Stacey Abrams, got dinged for appearing to campaign for the job. And let’s not be too smart. Another early contender, Senator Elizabeth Warren, was a policy wonk who, we were warned, would serve her own agenda and not necessarily Biden’s.

Let’s not criticize our male competitors, either, as Senator Kamala Harris did running against Biden last year—though he did the same running against Barack Obama in 2008 (the year Biden became his running mate). Despite that history, former senator Chris Dodd, who is helping Biden with the VP search (and who also ran against Obama, as well as Biden), was offended by Harris’s lack of “remorse” for critiquing Biden’s anti-busing stance in one of the primary debates.

That appeared to create an opening for former national security adviser Susan Rice, who is also Black and worked closely with Biden in the Obama administration. But some critics lament that the former diplomat has sharp elbows, another thing women should avoid.

The issues with Harris and Rice led Dodd and others to begin pushing California Representative Karen Bass, a former state House speaker, with some suggesting she is a kind of multicultural Goldilocks: Black but not too competitive or abrasive or wonky. Just right to be No. 2. Which is insulting to the assertive, confident Bass. By the end of the vetting period, it seemed the 11th commandment of women’s politics, 100 years after we won the vote, was “Thou shalt never be just right.”

I am nonetheless looking forward to celebrating the centennial of suffrage—and to voting for the Democrats’ second female vice presidential nominee. But I am just so tired of fighting all we’ve had to fight to get here. Is this an inspiring anniversary message? Not entirely. Is it rage-inducing? I hope so. We should use that rage to work for the female candidates running this year, from VP on down, so the women coming after us have a different story to tell 100 years from now.