Stephanie Byers, a Democratic state representative in Kansas and the first Indigenous transgender woman legislator in US history, opened our interview by telling me about the portrait of Te Ata Thompson Fisher, a Chickasaw Nation storyteller, that hangs behind her in her office. Byers’s background as a teacher is evident in the clear, unhurried way she lays out Te Ata’s life story. Like Byers, Te Ata was from Oklahoma, and she traveled the country throughout the 1920s and ’30s telling Indigenous stories, and representing her culture to audiences across the United States. “She’s probably the reason why Roosevelt did his American Indian New Deal, which began to remove some of the restrictions on being Native American in this country,” Byers explained.

Wichita voters elected Byers, 59, in November 2020, just before state legislators across the country would start introducing a new wave of transphobic legislation. In office, she has committed herself to the needs of the young people of Kansas—something she knows well after spending 32 years as a public school orchestra director. Meanwhile, a few of her colleagues in the legislature have targeted her in a series of bigoted acts. I spoke with Byers about her path from the schoolhouse to the statehouse and about how she stands up to those who want to erase her and anyone trans from existing in public.

ophie urwitz: Last week, a transphobic e-mail from one of your colleagues was leaked. She said she felt threatened by your presence in the women’s restroom. What’s it like trying to do your job as a legislator while working alongside that?

tephanie yers: Obviously, it’s extremely frustrating. I’ve been serving in the House since 2021. I have assumed that I have been the subject of office and backroom chatter on the other side of the aisle. For the first transgender legislator in the state of Kansas, I stand as an anathema to all of those things that the Republican Party is pushing forward. The surprise is that it was said out loud.

We’ve got a boomerang bill: Last year, we barely passed a bill to ban trans girls in sports. Our governor vetoed it, and the veto was sustained. They brought the same damn bill back this year. Again, the governor vetoed it, and so this week, we’re expecting to sustain it on the House side, keeping it from from going anywhere else and protect these trans kids from discriminatory legislation.

SH: In recent weeks, there’s been a flood of bills nationwide targeting trans people’s rights. And unlike in neighboring states, the transphobic bills filed in Kansas haven’t really gone anywhere. What’s your role in stopping that flood?

SB: Even though most of the moderate republicans in Kansas lost in the primaries, not all of them did, so we spent some time talking with them. There are Republicans that are attuned to the needs of public school and to civil rights. So we talk with those folks. And we know there are people on the other side who have family members that are part of the LGBTQ community. And we know that they will protect their families. And having a governor who is a Democrat, that makes a difference. And not just any Democrat. Governor [Laura] Kelly signed a proclamation recognizing the Trans Day of Remembrance, the day that we spend time listing the names of the trans folks that have been murdered in the previous year. It’s a far higher number than the general population if you’re a trans person of color, and if you’re a trans woman of color that number goes even higher. Kelly’s one of the maybe three governors that have ever recognized the Transgender Day of Visibility in a proclamation. But without those moderates joining us, Republicans would have the majorities they need to pass these things veto proof.

SH: You were a band and orchestra director for decades before becoming a legislator. What’s the connection between your work with youth then and your work in policy now?

SB: I was fortunate to be assigned to the House Education Committee and the House Committee on K-12 Education Budget. When I walk into those spaces, I come in with 32 years of experience, and I talk about not just the philosophy of these things but the actual impact within the classroom, with the students, with the parents, and with the teachers. And of course, dealing with fellow politicians, people are people whether they’re 17 or 72. You learn [in the classroom] how to engage somebody: You don’t lecture; you invite them into your world.

SH: On a recent panel, you spoke about how as a Native American woman, your family are survivors of cultural genocide. Is this current moment connected at all? Do you see this as an attempt to eliminate trans people?

SB: It’s an erasure, for sure. As a trans person in the public eye, I bring hope to other trans people, so you get attacks on me. Look at what’s going on with trans athletes. Who are the most visible people within a school? Oftentimes, it’s the athletes. Look at the local newspaper and see how many inches of paper are given to athletics. So if you can keep a trans person out of the athletic column, you can kind of make them invisible. And the more we push people into those closets, the less accepting we are as a country, because we don’t know about them. Roll back to 2014, and you’ve got Laverne Cox on the cover of Time magazine, with the caption “the transgender tipping point.” This is where we’re at: We’re seeing trans people in the public eye, and the country is more accepting of trans folks.

This seems like the dinosaur’s last breath. They’re trying to push trans people back to where they were in the ’60s and ’70s. As a Native American person, we’re very well aware of what’s happened over this last summer with the experiences of finding mass graves in boarding schools. We know the philosophy behind the American Native American boarding schools was, “Kill the Indian, save the man.” Remove the culture and then we don’t have to worry about this. We’ve seen this erasure before. And we know that because of those laws that were passed, and the things that took place between 1883 and 1934 and then up until the 1990s, where everything’s finally rescinded. Those Native American cultures and practices that we see out there, those are the ones that survived that genocide. It’s grandparents teaching the kids in secret. In my own tribe, there are sacred fires that are still burning in the woods in Oklahoma that were brought from Mississippi during removal. They’re still hidden. There’s still the fear that we’d have to extinguish them and put them out.

SH: What are the other issues the Kansas legislature could be focusing on rather than debating trans people’s rights to exist right now? There’s a $3.1 billion budget surplus. How should that be spent?

SB: Number one, we have a $150 million shortfall in special ed funding. Kansas law requires the state to cover 92 percent of special ed funding that’s not covered by federal monies. We could be putting that money into special ed to fully fund it. We’ve talked about the needs for expanding broadband access across the state. During Covid, it was a hot issue, but how far are we along with that? Are there ways we can still push forward with that? We are trying desperately to reduce the food sales tax in Kansas to 0 percent. But we’re spending energy on banning what might be one trans girl in the whole state that’s in athletics.

SH: There’s been a lot of discussion among some trans folks in the region about leaving for less transphobic places. What keeps you rooted in Kansas? 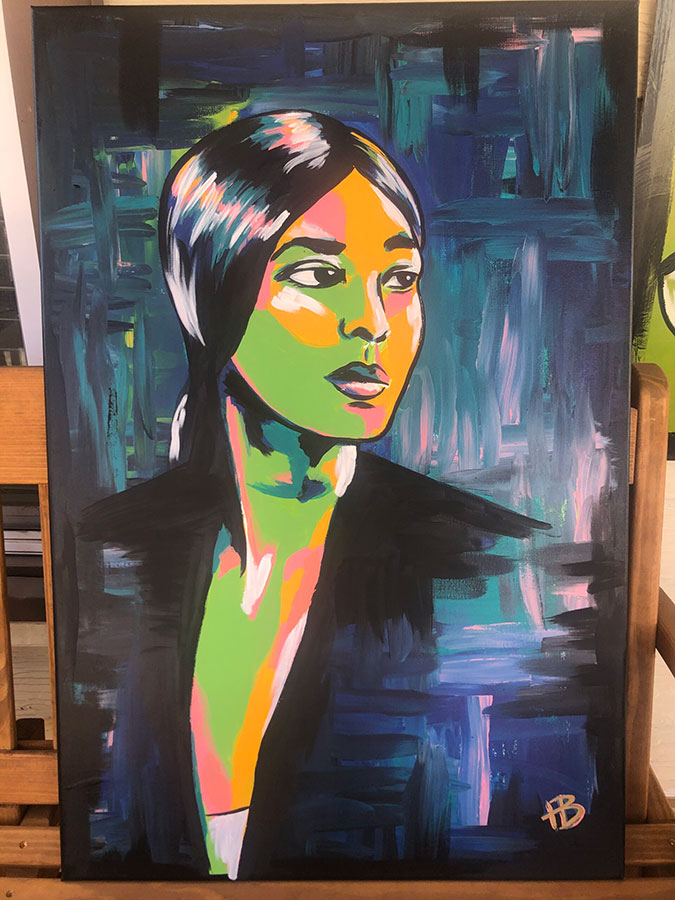 SB: This has been my home since 1990. My two adult sons are here. I have three grandchildren here. The reality of it is, there are trans people all across this country in every state. And it wasn’t too long ago that there were voices in the far conservative right-wing side of things saying that we should put all the LGBTQ people on an island somewhere and leave them there, segregated from the rest of us. But we walk this world, and even if someone is not out as transgender, even if they have not begun living authentically, they’re still transgender. They’re still living in your house. They’re still walking next to you. They’re still the person that’s teaching your kids at school. None of this changes.The reality is that we live across this country, and we don’t change hearts if we’re not there in those spaces.

SH: What are some of the things happening in Kansas that give you hope for trans kids’ futures here?

SB: It’s just things like being asked to come out to western Kansas to do a gender-affirmation training for mental health professionals out there. My wife and I did a training in Garden City for over 200 staff members and clinicians at a mental health-care company. They wanted to know, how do we do this? The people of Kansas are far more accepting than the politicians.

I think if you’re outside this region, you probably expect that Kansas is going to be extremely conservative, and politically, it is. We don’t have the option of having the gender marker of X on state ID. So if you are a person who’s nonbinary, who is intersex, that’s not going to be something that’s allowed here. But there are cities like the city of Wichita, which has a wonderful nondiscrimination ordinance that protects everybody. You contrast that with the Shawnee City Council, which has made it part of their platform to ban trans athletes.

It just depends on where you are within Kansas. There is support here, but we also have people fleeing the state, because our laws are not as accepting as other parts of the country.

Is Eric Adams Bringing Back the Asylum?