The corporate media have been eagerly predicting an outbreak of hostilities between Bernie Sanders and Elizabeth Warren for months. Last summer, when The New York Times argued that the two candidates were “jockeying for the same cohort of left-leaning voters and donors,” both were polling well behind Joe Biden. Biden remains in the lead, but since then, the two progressive champions have so consistently owned the ideas primary that proposals once dismissed as fringe notions—from Medicare for All to a wealth tax to student debt relief—have been forced onto the 2020 agenda. Even Biden, a deficit hawk who spent much of the 1980s and ’90s arguing for “entitlement reform,” now runs away from his own record supporting cuts to Social Security.

So when, in mid-January, the truce between the two finally seemed to break down, many were quick to fan the flames. After all, everybody knows only one of them can win.

But what if that isn’t true? What if we could have both? Sanders’s courage and consistency and deep understanding of what a rigged system does to the lives of the people it runs over and brands as failures. And Warren’s policy chops and personal warmth and cold intellectual fury at the same bankers and billionaires and predatory monopolists targeted by her rival.

The conventional wisdom says presidential tickets have to be balanced—geographically, politically, and ideally by race and gender. That’s the logic that gives rise to talk of a Warren-Castro or Sanders-Harris ticket (or, for those with more moderate sympathies, Biden-Abrams). That’s also the logic that produced McCain-Palin and Clinton-Kaine. And while no Democrat can win without the wholehearted support of African American voters, what most of those voters say they want is someone who can beat Trump. So maybe it’s time to consider whether the two candidates—who together dominate the Democratic field and who, though they overlap considerably in their beliefs, appeal to different constituencies—should formally join forces.

We Don’t Have to Choose Between Warren and Sanders Yet

Why I Support Elizabeth Warren for President

Why I Support Bernie Sanders for President

How would that work? Warren and Sanders would agree not only to end hostilities, as called for in the unity statement issued last month by several national progressive organizations, but also to campaign as a team. Each would be free to highlight areas where they differ: on the timetable for getting to Medicare for All, on the US-Mexico-Canada trade agreement, on whether democratic socialism or regulated capitalism is the best route to a just economy. But they’d agree to direct their fire outward. And they’d agree that whoever had the most delegates at the end of the primaries would head the ticket, nominating the other as vice president. (Or they’d be free to make other arrangements, subject to agreement.)

Among its other advantages, this approach ensures both candidates would remain in the race until the final primaries on June 2. That’s essential, because the delegate math is clear: If, as now seems likely, three candidates finish with 15 percent of the vote, none would have the nearly 2,000 delegates required to win on the first ballot. That would hand the decision to some 750 unelected delegates appointed by Tom Perez and the Democratic National Committee. (Perez’s latest appointments to the rules committee have shown him to be no friend to progressive Democrats.) 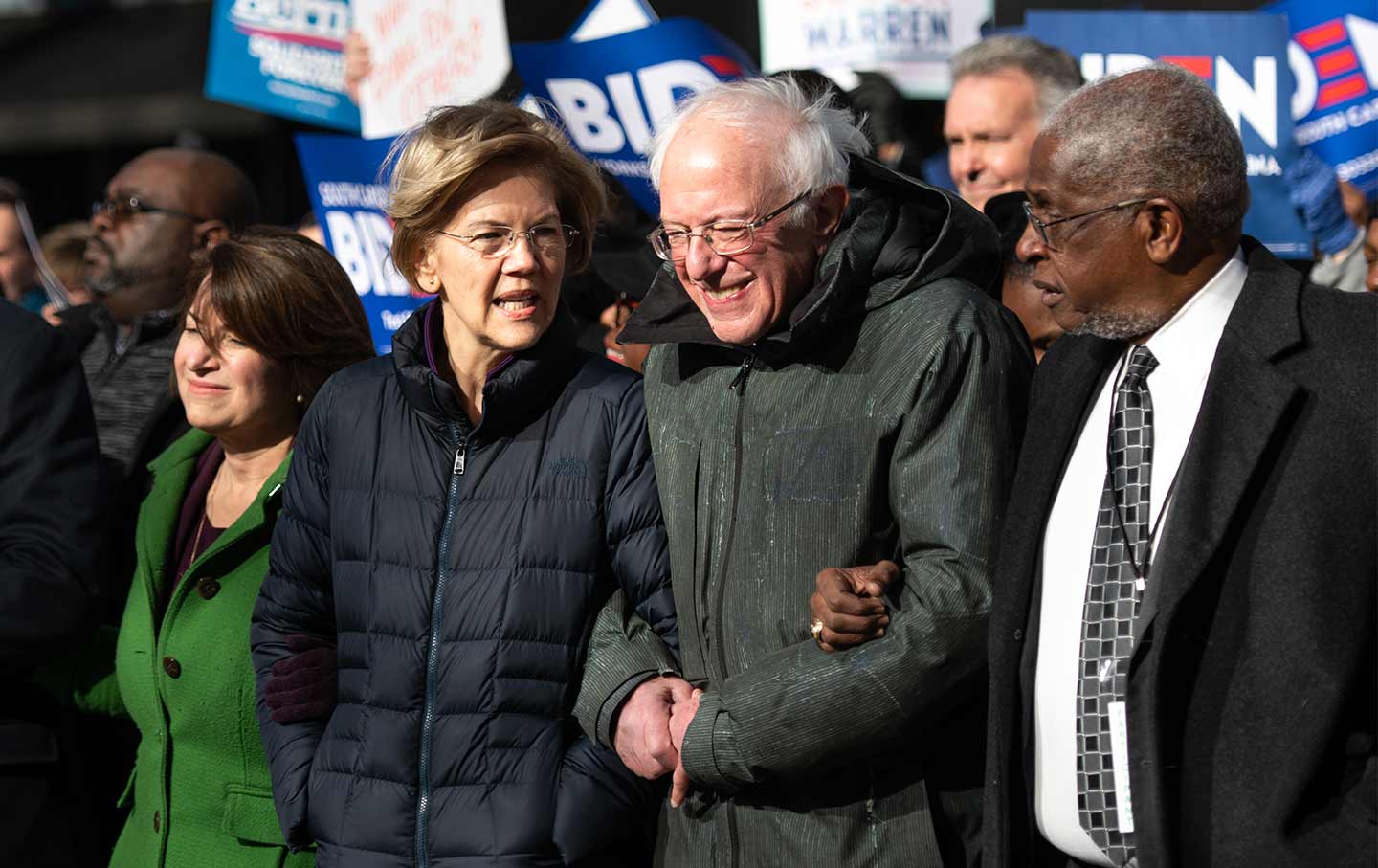 A progressive unity ticket may be utopian, but it need not be a fantasy. Corporate Democrats might not like the result, but after lecturing the left about the importance of party unity for decades, they’ll just have to practice what they’ve preached.

Keeping the nomination in the hands of democratically elected delegates offers the best—perhaps the only—strategy for avoiding the weakened ticket and centrist candidate likely to emerge from a second ballot or a brokered convention. A ticket that combines the Sanders campaign’s emphasis on expanding the electorate and the Warren campaign’s emphasis on party unity has the potential to both defeat Donald Trump and deliver fundamental change.