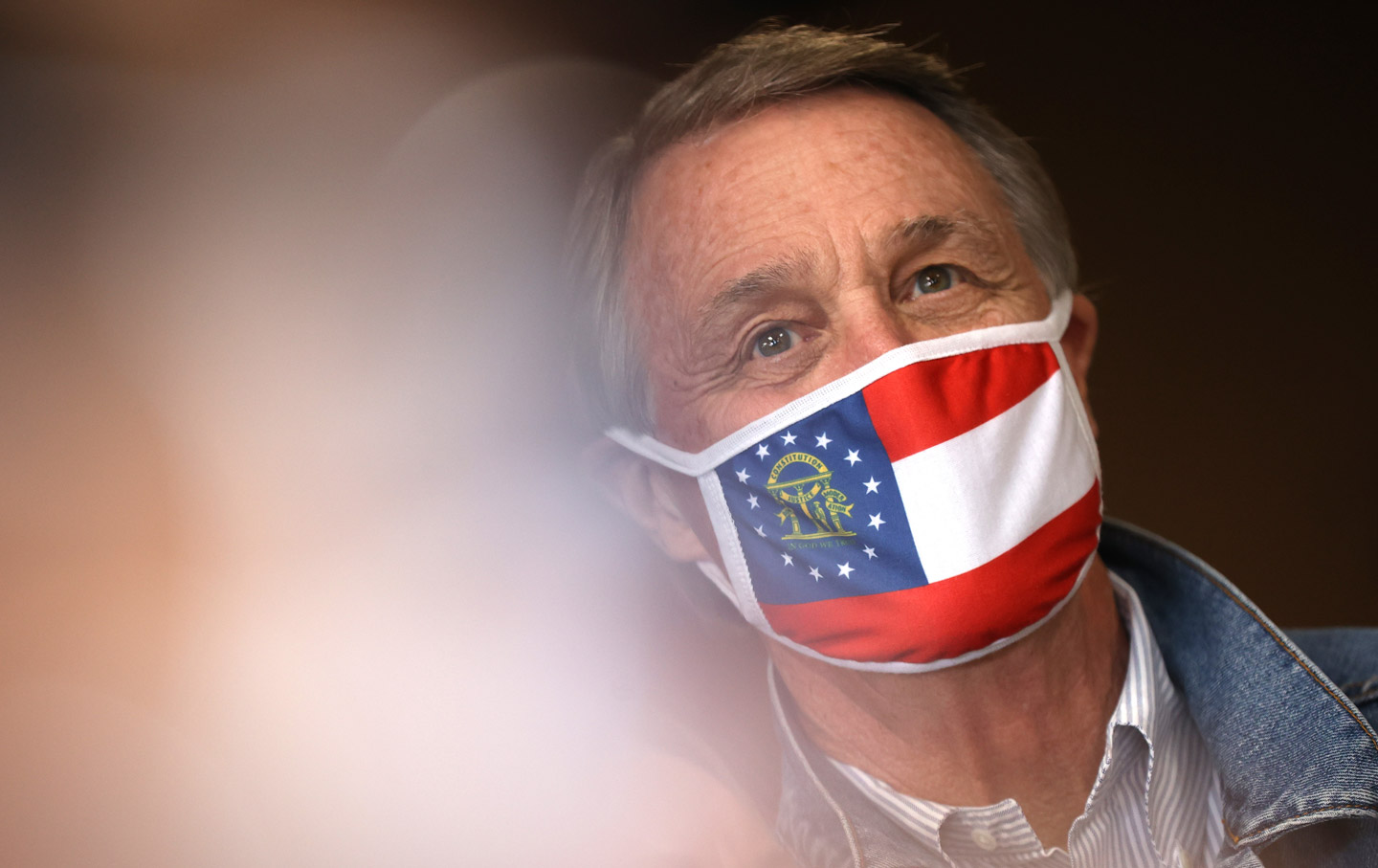 Sunday night’s Georgia Senate debate between appointed Republican Senator Kelly Loeffler and Democratic challenger Raphael Warnock is attracting national attention. Rightly so; the Loeffler-Warnock race is one of two January 5 contests that will decide control of the Senate.

What’s weird is that there won’t be a debate between the candidates in the other January 5 race: Republican Senator David Perdue and Democrat Jon Ossoff.

Perdue and Ossoff were also supposed to face each other Sunday, just before Loeffler and Warnock. But Perdue refused the invite from the Atlanta Press Club, as he has refused other debate invitations during the high-stakes runoff campaign.

Why? He’s afraid. Ossoff shredded Perdue in their last debate before the November 3 election. Referring to complaints that Perdue had engaged in self-serving stock trades during the early stages of the coronavirus pandemic, when senators were being briefed on Covid-19’s potential impact but before the danger was widely understood, Ossoff explained during an October 28 debate:

Perhaps Senator Perdue would have been able to respond properly to the Covid-19 pandemic if you hadn’t been fending off multiple federal investigations for insider trading. It’s not just that you’re a crook, senator. It’s that you’re attacking the health of the people that you represent. You did say Covid-19 was no deadlier than the flu. You did say there would be no significant uptick in cases. All the while, you were looking after your own assets and your own portfolio.

The exchange went viral, to devastating effect. Ossoff, who is mounting his first statewide race, surged in the days of the campaign and forced the runoff.

Now, Perdue fears that another debate—or, if Ossoff had his way, many debates—could create a surge that sweeps the Republican from office.

That’s a legitimate concern on the part of a senator whose troubles have mounted since the runoff campaign began.

A New York Times report published this week identified Perdue as “the Senate’s most prolific stock trader by far, sometimes reporting 20 or more transactions in a single day.” Based on an analysis of data compiled by Senate Stock Watcher, a nonpartisan website that aggregates publicly available information on trading by members of Congress, the Times concluded: “Mr. Perdue’s transactions accounted for nearly a third of all senators’ trades reported in the past six years. His 2,596 trades, mostly in stocks but also in bonds and funds, roughly equal the combined trading volume of the next five most active traders in the Senate.”

And they look to have been the swampiest of swampy trades. “The data also shows the breadth of trades Mr. Perdue made in companies that stood to benefit from policy and spending matters that came not just before the Senate as a whole, but before the committees and subcommittees on which he served,” explained the Times. For instance, “as a member of the Senate banking, housing, and urban affairs committee since 2017, Mr. Perdue bought and sold shares of a number of financial companies his panel oversaw, including JPMorgan Chase, Bank of America and Regions Financial.” 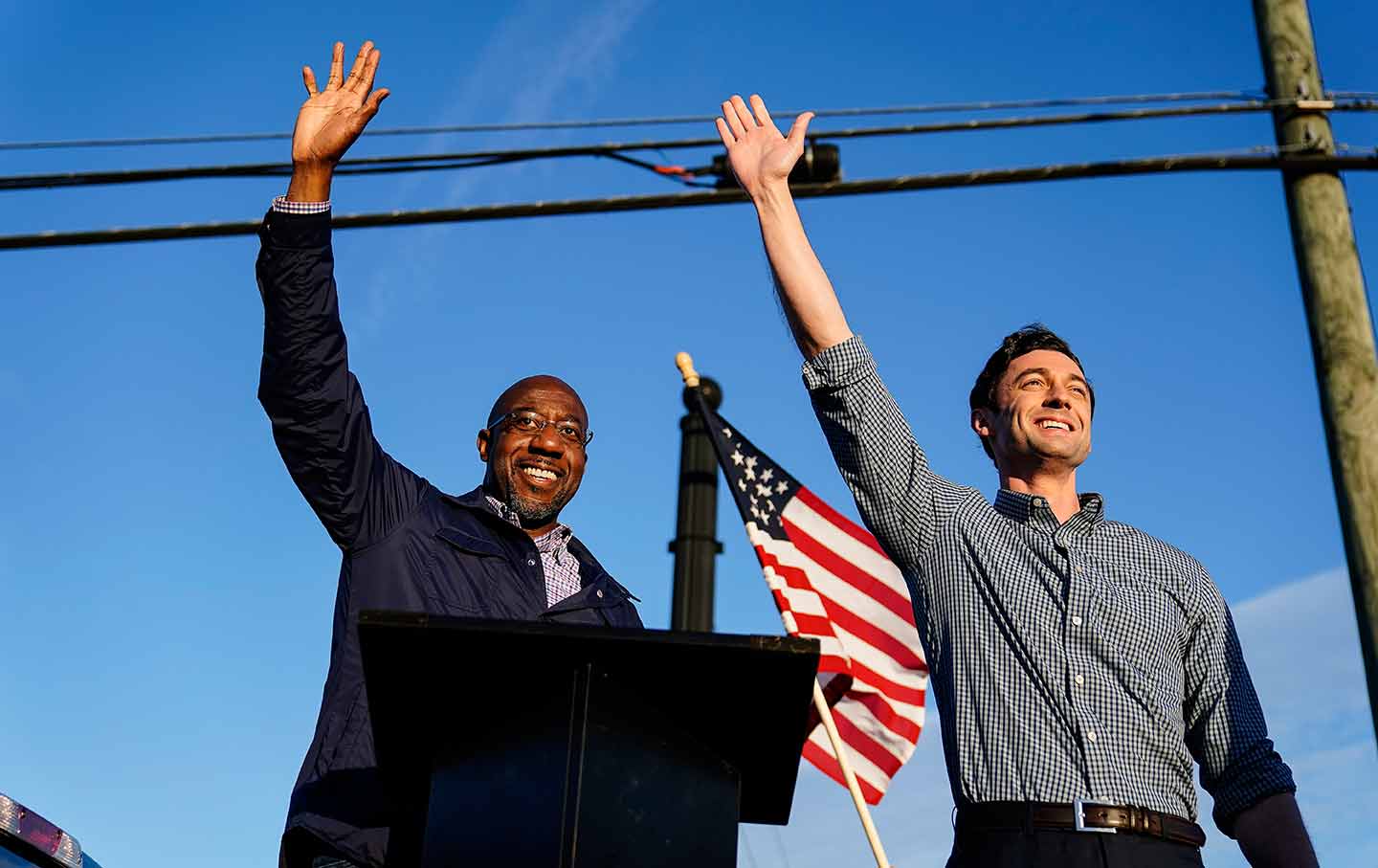 The Times story was just one of many exposés of Perdue’s self-dealing. For instance, Salon has reported that Perdue purchased Pfizer stock one week before the pharmaceutical giant publicly revealed that it would be developing a coronavirus vaccine. As the watchdog group Citizens for Ethics and Responsibility in Washington noted, “In a series of transactions in late February, Senator Perdue invested up to $245,000 in the pharmaceutical giant Pfizer. That was just one week before Pfizer announced that it would develop a vaccine, raising questions about what he knew, and when.” A recent Associated Press examination of the record was headlined, “Georgia Senator Perdue Boosts Wealth With Well-Timed Stock Trades.” And on Thursday, Fox5 Atlanta was reporting that the Republican urged fellow members of the Senate Banking Committee “to support a bill rolling back Obama era regulation on smaller regional and community banks” after “Perdue began buying stock in one of the regional banks that stood to benefit from the legislation.”

The steady stream of revelations about Perdue’s abuses of office have provided more than enough fodder for Ossoff, who has delighted in pointing out, “Like I said: he’s a crook.” 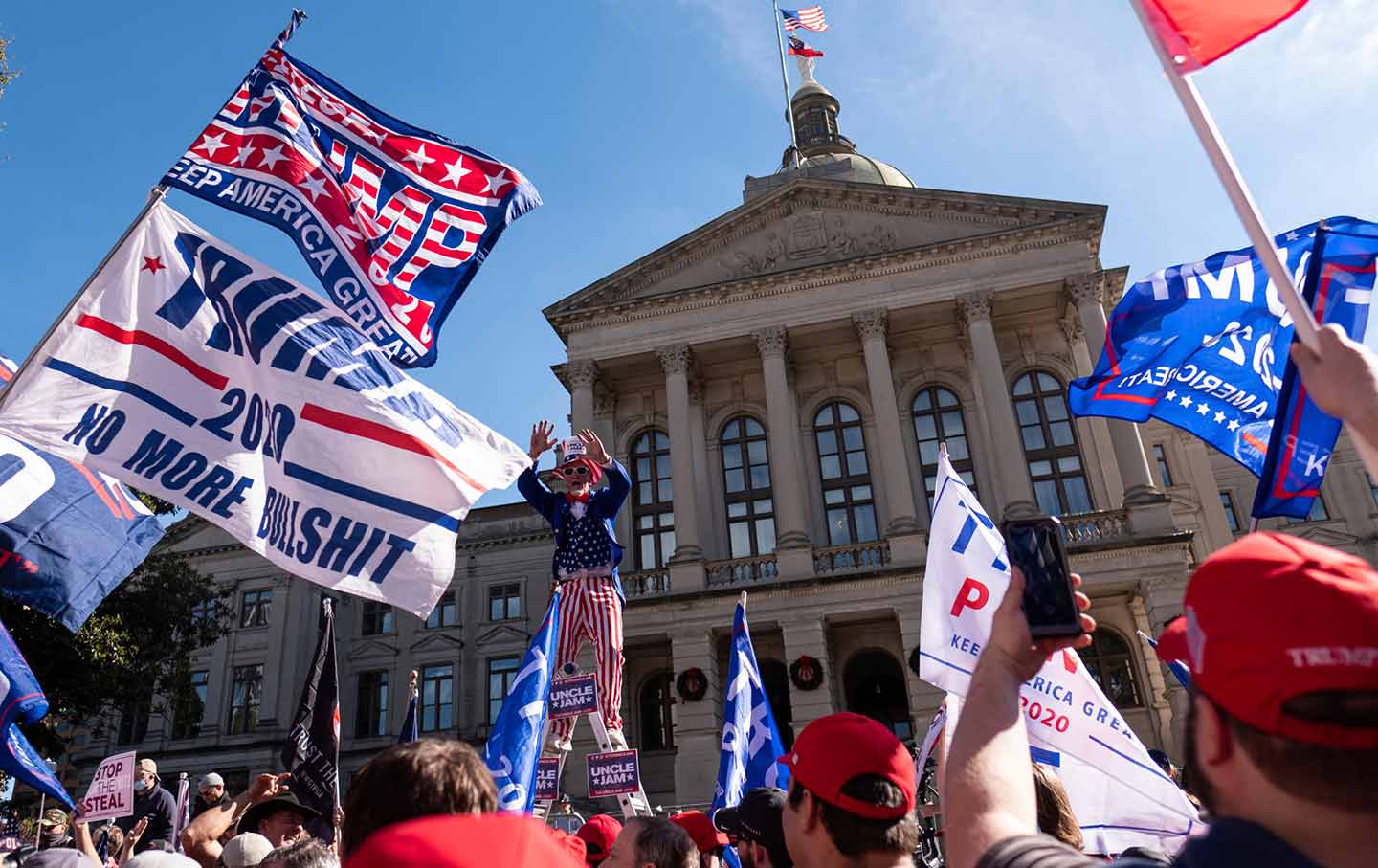 This week, the Democrat held a press conference where he told reporters, “What’s come out in the last week is that Senator Perdue has been lying to the public, and to you, members of the press, for the last year about his financial misconduct.”

Ossoff says Perdue should “come out of hiding.”

Even as polls suggest the race is close, however, Perdue is refusing to take the debate stage. The Atlanta Press Club is keeping its invitation open, but at this point the plan is for Ossoff to appear on his own. The press club says, “Senator Perdue will be represented by an empty podium.”

The Democratic challenger is prepared to recount the sordid details of the Republican incumbent’s sordid self-dealing. And Ossoff has a message for the voters of Georgia: “If Senator Perdue doesn’t want to answer questions, that’s fine, he just shouldn’t run for re-election to the U.S. Senate.”