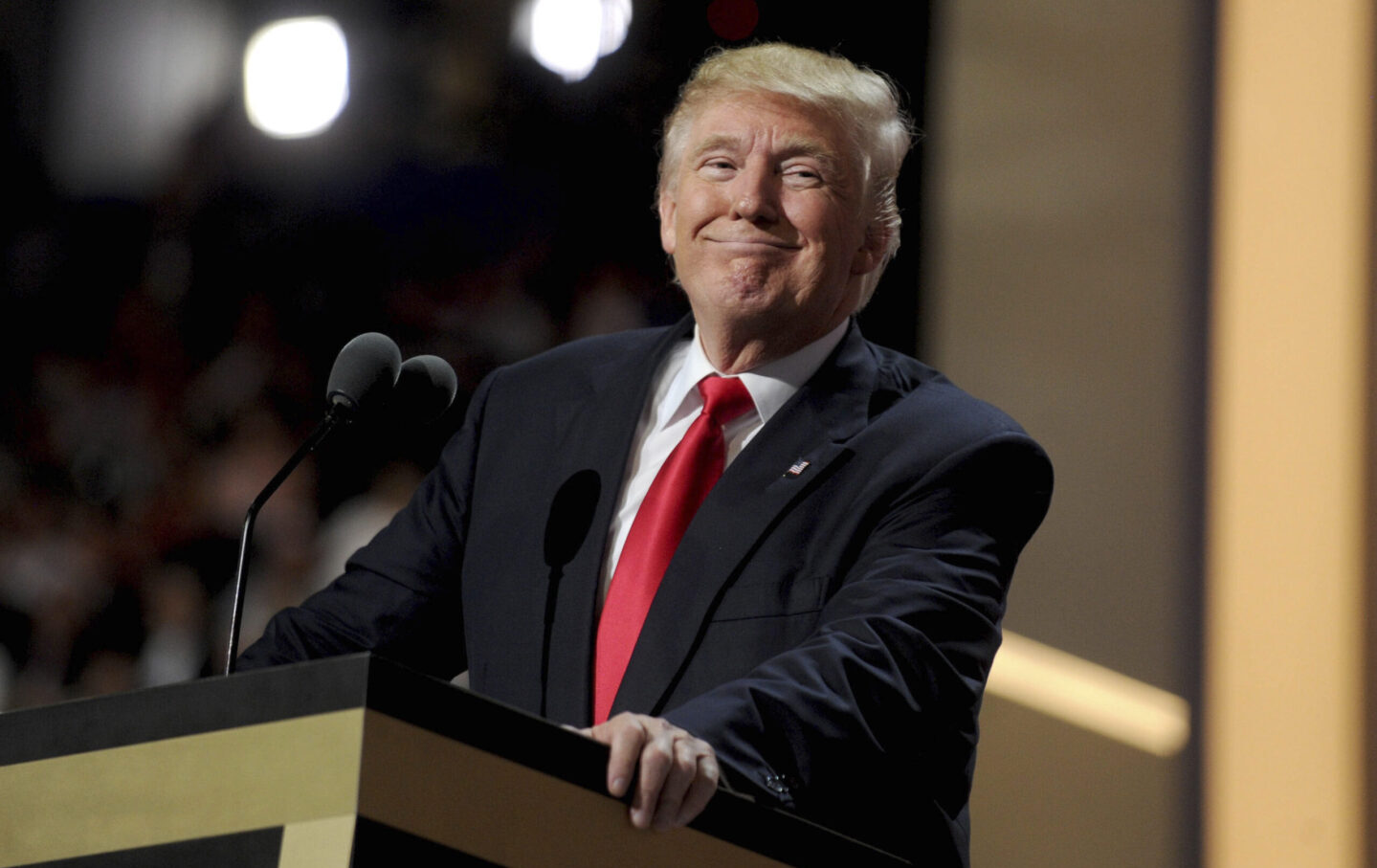 I’ve said repeatedly that we do not need new domestic terrorism laws to deal with the threats we face from white domestic extremists today. We have enough laws. We have every tool we need to hold the people who stormed the Capitol on January 6—and their enablers and their president—accountable for their actions. We just need the will to apply those laws to white people.

Republicans never want to apply laws to white people, or at least not to white Republicans. Donald Trump was acquitted in his second impeachment trial not because he was absolved of wrongdoing but because Republicans simply refused to apply the law to him.

But there are other methods of justice—ones that do not require 17 Republican senators to exhibit a shred of decency or dignity—that are still on the table. Trump, and his various enablers, can still be criminally charged by the Justice Department for his incitement of insurrection on January 6. And even if Biden’s Justice Department is too weak and cowardly to do that (let’s still hope that Merrick Garland is made of sterner stuff than Chris “Casanova” Coons), there is civil litigation that can arise from the assault on the Capitol.

The families of those who died may, for instance, bring wrongful death lawsuits against Trump and the other organizers of the putsch. They can bring such claims within two years of their loved one’s death.

But the NAACP and Representative Bennie Thompson are not waiting that long to get the civil litigation ball rolling. Thompson, who is chair of the House Homeland Security Committee, filed a complaint in his personal capacity alleging that Trump, Rudolph Giuliani, the Proud Boys, and the Oath Keepers all conspired to violate the 1871 Ku Klux Klan Act. The NAACP is representing Thomson in the suit along with the law firm Cohen Milstein Sellers & Toll.

The Klan Act made it illegal to use “force, intimidation, or threat” to prevent government officials from discharging their duties. It was passed because the Klan and other mobs of angry whites were doing exactly that to federal authorities and newly elected federal representatives in the Reconstruction South.

It should surprise nobody that an anti-Klan statute can be used against the white people who attacked the Capitol, because the Klan itself is just the fairly normal white response to losing political power to a multiracial coalition. Whenever white supremacists feel like they’re losing, some of them resort to violence. The only people who seem surprised by this are other white people who have the privilege of believing that their cousins and friends are “joking” when they share violent memes on Facebook.

We should really have a White History Month so people can learn about the behavior of white people in the New World. White domestic terrorism isn’t new, and it isn’t rare. It’s a goddamn tradition in the Americas.

What is rare is holding white people accountable for this terrorism by applying the laws we already have in place. Take the Klan Act: That law was on the books during the entirety of the Jim Crow era. It just wasn’t used very much after the North pulled troops out of the South at the end of Reconstruction. A law is no use if there’s nobody around willing to enforce it.

But now there is an opportunity to enforce the Klan Act—two opportunities, in fact. That’s because this is actually the second 1871 Klan Act lawsuit the NAACP has brought against Trump since the election. The first one was filed in December, and it accused him (and the Republican National Committee) of violating the act with their baseless allegations that the presidential election was stolen by means of widespread, and utterly nonexistent, voter fraud. It accused Trump and other members of his party of using intimidation tactics to try to stop state officials from certifying the election results.

I think that’s a good case, but Thompson’s suit is even stronger. By focusing on the January 6 “Stop the Steal” event, Thompson is able to use Trump’s direct exhortations to march down to the Capitol as the specific, extralegal incitement to forcibly prevent Congress from doing its job.

Thompson’s complaint (which you can read here, and which will likely be joined by several other Congress members in the coming weeks) points out, to great effect, that the organizers of the “Stop the Steal” event requested a permit to hold the rally—not a “march” through the streets of D.C. So when Trump told them to march down to the Capitol and “fight like hell,” he was telling them to take a specific, illegal action with the clear intent to disrupt the normal process of congressional business.

It’s a great argument, and Trump has only one likely defense: sovereign immunity. Trump will argue that he was acting in his capacity as president of the United States and is thus immune from civil liability.

Thompson goes to great lengths to show that he is suing Trump for actions committed not in his role as president of the United States but as an individual. Thompson makes the case that Trump, having decisively lost the election, was acting in his personal capacity at the rally to dispute that loss and stop the certification of the election by Congress. He was, effectively, conducting “campaign” activities—activities that are considered so outside the scope of a president’s responsibilities that the Hatch Act frowns upon campaign events’ taking place at the White House. Indeed, I believe Trump’s own argument that the election was somehow in dispute should now be used against him: He thought he was still running for president, and was holding events as a presidential candidate, not a government official.

Unfortunately, I’m not a judge and have sent too many mean tweets to Republican senators to ever be one. Thompson filed his complaint in the D.C. district court. Even if he wins there, and at the appeals court, Trump lawyers—whichever team of subway-ad attorneys he gets this time—will likely appeal it all the way up to the Supreme Court. And I don’t know what the three justices appointed by Trump or the three justices appointed by the various Bush presidents will say about this latest attempt to make a Republican accountable to the rule of law. Mitch McConnell said that Trump hasn’t gotten away with anything “yet,” but McConnell has already gotten away with stealing the Supreme Court.

At least Giuliani doesn’t have sovereign immunity. I hope the former New York mayor owns a landscaping company he can sell for legal fees, because he’s going to need the best defense he can buy. Giuliani wasn’t working for the government, and he wasn’t giving his client “legal advice” when he told people at the January 6 rally to go have a “trial by combat.” He was just some guy with a bad dye job trying to use KKK tactics to disrupt the government.

I know for many people, myself included, civil liability is not enough accountability for Trump and his Republican cronies. They attacked our government. They tried to overthrow democracy. Monetary damages that arrive, potentially, years from now, after Supreme Court arguments, seem woefully inadequate for the harm Trump and Co. caused. I would far rather see criminal charges brought against Giuliani by the lawyers of the Southern District of New York, his old stomping grounds, or a series of criminal cases brought by the Justice Department against Trump.

But when all the other institutions fail, civil liability will do in a pinch. I am reminded of Billy Ray Valentine’s great wisdom in Trading Places: The best way to hurt rich people is to turn them into poor people.