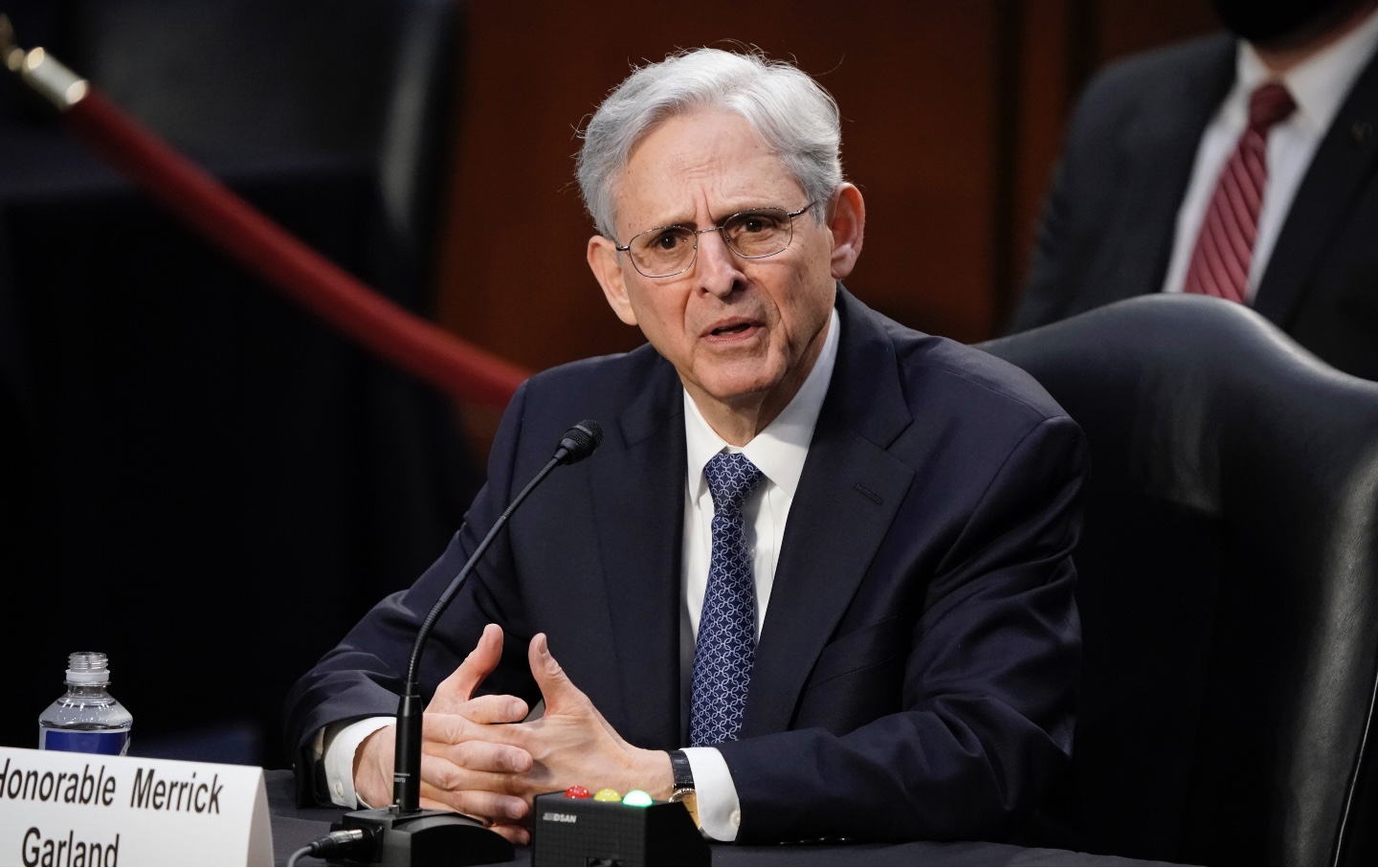 Merrick Garland is going to be confirmed as the next attorney general. He’s a white man who hasn’t sent mean tweets to Republican lawmakers, which should make him palatable enough for Joe Manchin and Kyrsten Sinema. He’s even likely to pick up some Republican votes: He’s an eminently qualified lawyer with an affable and inoffensive nature. The dude even got choked up during his hearing when speaking about how the country welcomed his grandparents from Europe, protecting them from anti-Semitism, and explained that being the attorney general would be the “highest, best use” of his skills to “pay the country back.” After finishing a pointed line of questioning, Republican senator and faux-folksy Rhodes Scholar John Kennedy let slip, “I think you’ll make a fine attorney general” before he cut his mic.

He’s getting confirmed. I tend to think of the attorney general as the most important cabinet appointment (come at me, State Department bros), and Biden nominated a guy who will be confirmed in a bipartisan walk. It’s a victory for the new administration, but it’s a victory that rests on the banality of whiteness. Garland’s status as a white man seems to be insulating him from the thing Republicans really want to do, which is to make it difficult for people of color to be in charge of the law.

Republicans on the Senate Judiciary Committee, even members of the Sedition Caucus, didn’t have anything they could use to poke holes in Garland’s flawless résumé or anodyne public profile. So instead, they directed their attacks at the two women of color Biden has nominated to join Garland at the Justice Department: Vanita Gupta (nominated as associate attorney general) and Kristen Clarke (nominated to head the Civil Rights Division).

Senator Mike Lee did most of the hatchet work at the hearing. He asked Garland about statements attributed to Gupta and Clarke in the past: For Gupta, it was over her opposition to the confirmation of alleged attempted rapist Brett Kavanaugh; for Clarke, he had to go all the way back to her college career to drum up allegations of anti-Semitism and find an article she published that Republicans claim advocated for the “superiority” of the Black race over white people.

Lee didn’t have any heat for Lisa Monaco, who has been nominated to be deputy attorney general, but is white.

It has become de rigueur for Republicans to allege or imply that Black civil rights activists, like Clarke, are secretly anti-Semitic. Clarke was the head of a campus organization at Harvard that invited Tony Martin, an anti-Semitic author, to speak out against Charles Murray’s The Bell Curve. Clarke was 19 at the time, and she has said she made a mistake.

Perhaps if Clarke had tried to rape Martin, instead of inviting him as a speaker, Republicans on the Senate Judiciary Committee would accept her apology for her youthful error. As it is, accusing Black people of anti-Semitism is just what they do now, while ignoring the actual anti-Semites in their party who march and commit hate crimes and come up with limericks about replacement theory.

For Gupta, Republicans are trying to run the same game that appears to have successfully blocked Neera Tanden: “That brown girl was mean to me.”

Garland, to his credit, forcefully defended both women from Lee’s attacks. He didn’t have to. “That doesn’t sound like a question for me, Senator” would have been a perfectly acceptable non-answer to the filthy questions posed by Lee. I guess when Republicans make you wait five years to get a hearing, it makes you less inclined to let their crap slide.

But the Republican long game isn’t just to trash the specific appointments of Gupta and Clarke, both of whom are as qualified as Garland is for the top job at the Justice Department, and more than qualified for the positions to which they’ve been nominated. Their goal is to delegitimize the quest for social and racial justice and accuse anybody who strives for equality under the law to be harboring anti-white (which to them means “anti-American”) views.

Lee rounded out his questioning by asking Garland to give “assurances” that Garland’s DOJ would protect religious people, as if it’s the attorney general’s job to make discrimination against the LGBTQ community constitutional if people claim Jesus made them do it. Ted Cruz wasted all his time criticizing the “politicization and weaponization” of the Justice Department under (wait for it) Eric Holder and Loretta Lynch. Presumably, Cruz was in Cancún during the tenures of Jeff Sessions and Bill Barr. Kennedy asked Garland to explain “systemic racism” and “implicit bias” in a truly bizarre set of questions that seemed almost like he was trying to bait Garland into calling him a racist.

And Tom Cotton asked: “Are you aware President Biden has signed an executive order stating his administration will affirmatively advance racial equity, not racial equality but racial equity?” Those two words mean the same thing, but clearly Cotton wanted the white people listening to think there is a difference. One thing I find curious about the most openly racist people in our society is that they are sure the real goal of racial justice is to treat white people like Black people have been treated, as opposed to the stated and logical goal of treating Black people like people-people, which is something this country has still never tried. Republicans like Cotton are truly only ever able to see racial equality as a zero-sum game: One race always has to be preferred over all others, in his mind. It’s why Cotton will always fail.

Garland gave the “right” answers to all of these questions. He said he didn’t see a difference between “equality” and “equity.” He wouldn’t comment about Holder or Lynch. He didn’t take Kennedy’s weird bait (I absolutely would have called Kennedy racist to his face, but I don’t want to be AG), and instead gave a very legalistic definition of systemic racism. Like most judges who come before the Senate Judiciary Committee, Garland is more knowledgeable about the law than most of the people asking him questions.

But that’s not why Garland will get Republican votes. Gupta or Clarke or any other Black or brown person could have answered these bad-faith questions with the same calm and clarity that Garland did, but Republicans would not have been persuaded. Even when people of color toe the line in front of Senate committees, most Republicans still find a way to vote against them. They call them “toxic,” or say they are “divisive,” or question their experience or qualifications. Those are all things Manchin (not a “Republican,” according to some), Susan Collins, and Mitt Romney have said about Tanden within the past week.

Some people will say Tanden is a special case, but just roll the tape back and look at what Republicans did to the last Democrat nominated for attorney general, Loretta Lynch. During her confirmation hearing, Republicans spent most of their time criticizing her predecessor, Eric Holder. Then they criticized her willingness to apply Obama’s immigration laws. (Sessions, then still a senator, called those laws “indefensible” and her position “very troubling.”) Despite not being able to lay a glove on her during the hearing, Republicans refused to hold a vote on her appointment for six months. She was eventually confirmed with 10 Republican votes (five of those crossover senators are no longer in the Senate), over the loud objections of Sessions, Cruz, and Chuck Grassley, then chair of the Judiciary Committee. 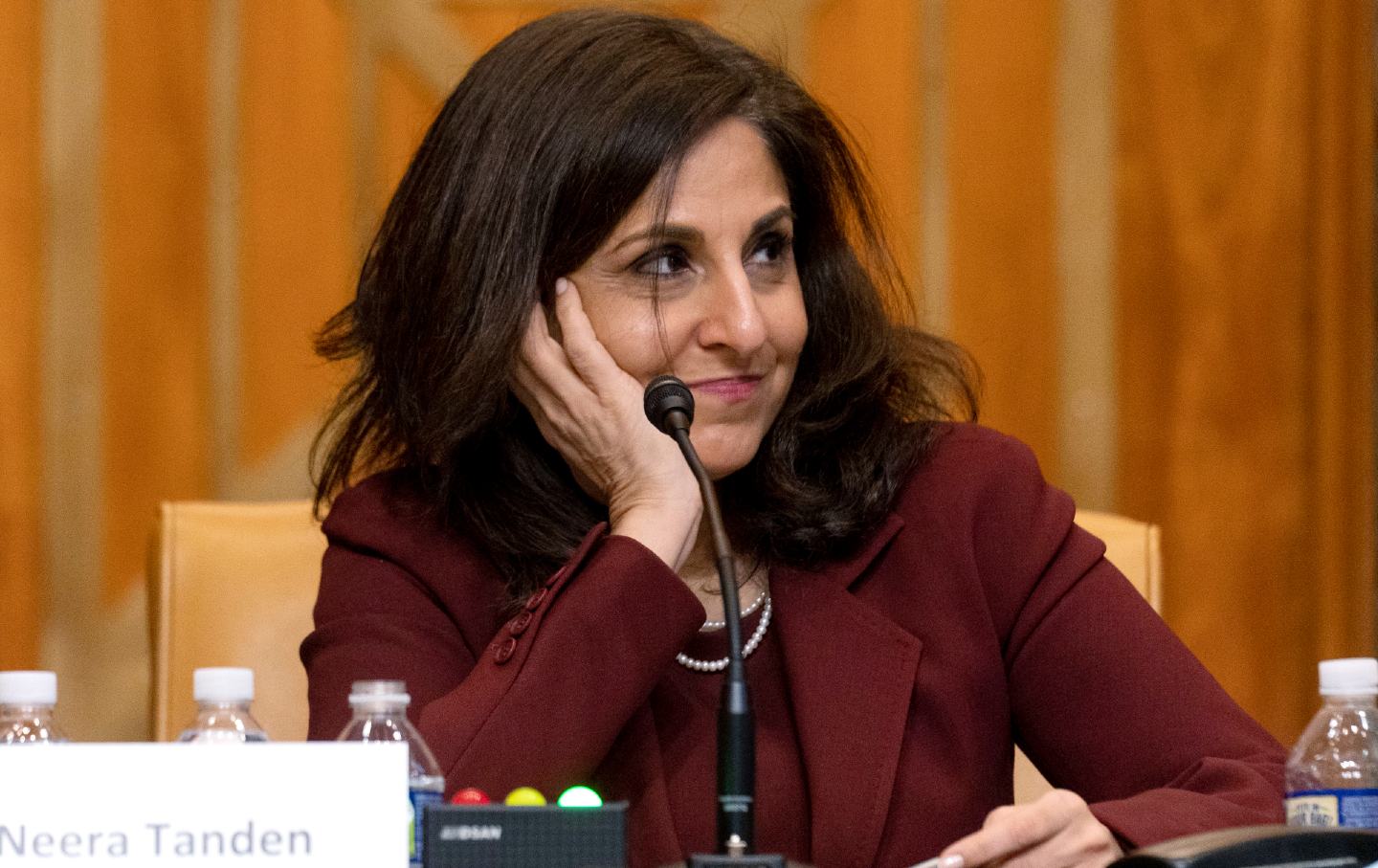 Garland won’t have as difficult a ride. Remember: The reason Mitch McConnell denied Garland a hearing when he was nominated for the Supreme Court was that he would have been easily confirmed, with support from Republican senators, if McConnell had ever allowed his nomination to come to a vote. The kinds of games Republicans play just don’t work on white male cis-het normies.

I suppose all of this was very smart on the part of the Biden administration. The next attorney general has a lot of work to do; Garland said that bringing the Capitol insurrectionists to justice was his number-one priority. Putting forward an unobjectionable white man is a good way to fill this important post quickly and get to the business of restoring the Justice Department after its reputation and mission have been degraded by Sessions and Barr.

But I wish Biden had just nominated a woman of color who would put the fear of God into these Republicans. I wouldn’t have minded an AG that was confirmed 51-50 with Vice President Kamala Harris breaking the tie.

Picking your battles is an important part of governance. But the fact that Republicans force a battle over every woman of color who is nominated for anything is the precise definition I would have given for “systemic racism” in front of the Judiciary Committee.