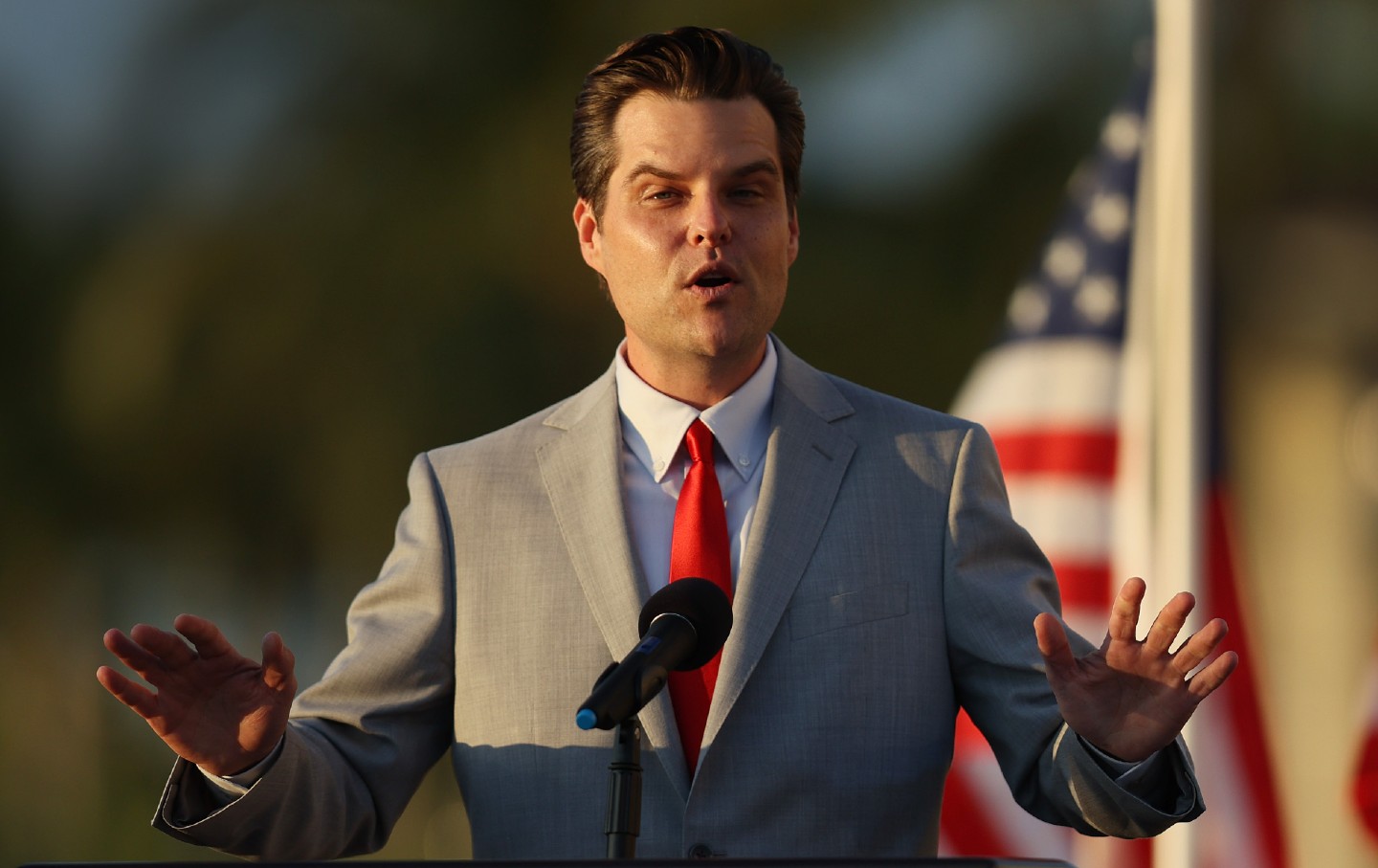 We don’t know yet what fate awaits
The MAGA warrior, young Matt Gaetz,
Who’s had a few unusual dates
That, proudly, he corroborates
With nudie shots to show his mates.
As DOJ investigates
If minors came from other states,
Matt Gaetz’s pal cooperates.
Matt’s party’s silence indicates
That hating Gaetz predominates
In Washington, which celebrates
The sight of Gaetz in dire straits.