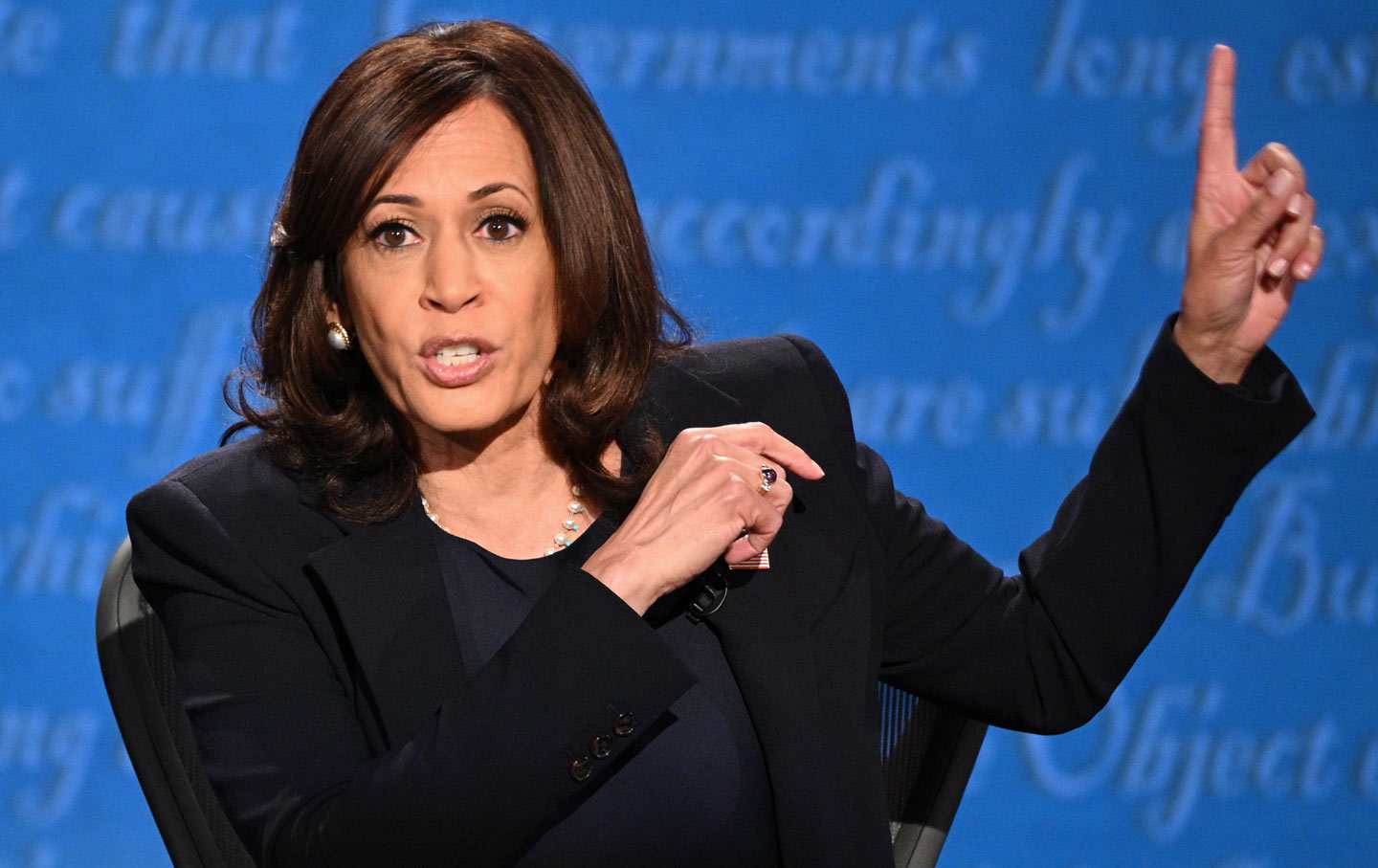 Mike Pence spent time preparing for the last vice presidential debate of his miserable political career and came up with what he thought was a strategy. The chair of the White House Coronavirus Task Force set out to deflect attention from the Trump administration’s failure to respond to a pandemic that has cost more than 210,000 American lives by claiming that any reference to that failure should be seen as “a great disservice to the sacrifices the American people have made” over seven wrenching months of sickness, death, and economic devastation.

It was an old talk-radio trick trotted out by a cut-rate host from Indiana who parlayed his right-wing litmus-test results into a subservient vice presidency. Pence somehow imagined those tired tricks would work in a debate with a former prosecutor and state attorney general, with a senator who had mastered the politics of the largest state in the nation, with a woman who had mounted a serious presidential campaign in which her debate skills were her strongest suit.

Pence has miscalculated frequently in his long political career. He tried to make a name for himself as a “radio personality” when he suffered from personality-deficit disorder. He lost elections. He aligned himself with political charlatans, including one Donald John Trump. But he has rarely misjudged a circumstance so badly as he did Wednesday night, when he faced Senator Kamala Harris on the debate stage in Salt Lake City.

Joe Biden’s running mate shredded the vice president’s strategy by looking into the camera and speaking to the American people not as a Rush Limbaugh wannabe but as a leader who is prepared to level with a nation that is literally sick of the lies it has been told by Trump and Pence.

Then the Democratic nominee for vice president delivered the knock-out blow. Speaking of workers who “didn’t have enough money saved up” when mass unemployment hit and ended up “standing in a food line,” Harris said, “They’ve had to sacrifice far too much because of the incompetence of this administration.”

Debating on a day when Donald Trump is still being treated for his own case of Covid-19 and still sending all the wrong signals about how to avoid spreading the virus that is again surging in the battleground states that will decide the November 3 election, Harris came prepared to discuss the issue that has defined this year’s campaign.

The former prosecutor employed facts, figures, and a timeline that upended Pence’s strategy—and, in doing so, derailed Republican hopes that the vice presidential debate would renew the flagging fortunes of the Trump-Pence reelection campaign.

In the opening minutes of a debate that took place on a stage where the candidates were separated by plexiglass dividers, Harris explained that

the American people have witnessed what is the greatest failure of any presidential administration in the history of our country. And here are the facts: 210,000 dead people in our country in just the last several months, over 7 million people who have contracted this disease. One in five businesses closed. We’re looking at frontline workers who have been treated like sacrificial workers. We are looking at 30 million people who, in the last several months, had to file for unemployment.

Then she pointed the finger of blame, referencing recordings made by journalist Bob Woodward in which President Trump acknowledged that he had deliberately deceived the American people about a deadly pandemic.

More than an hour remained in the debate. But it was already over. Mike Pence thought he could keep deceiving the American people about a pandemic and the devastation it has caused. Kamala Harris knew that the time had come to call out the lies, and to identify the guilty men.