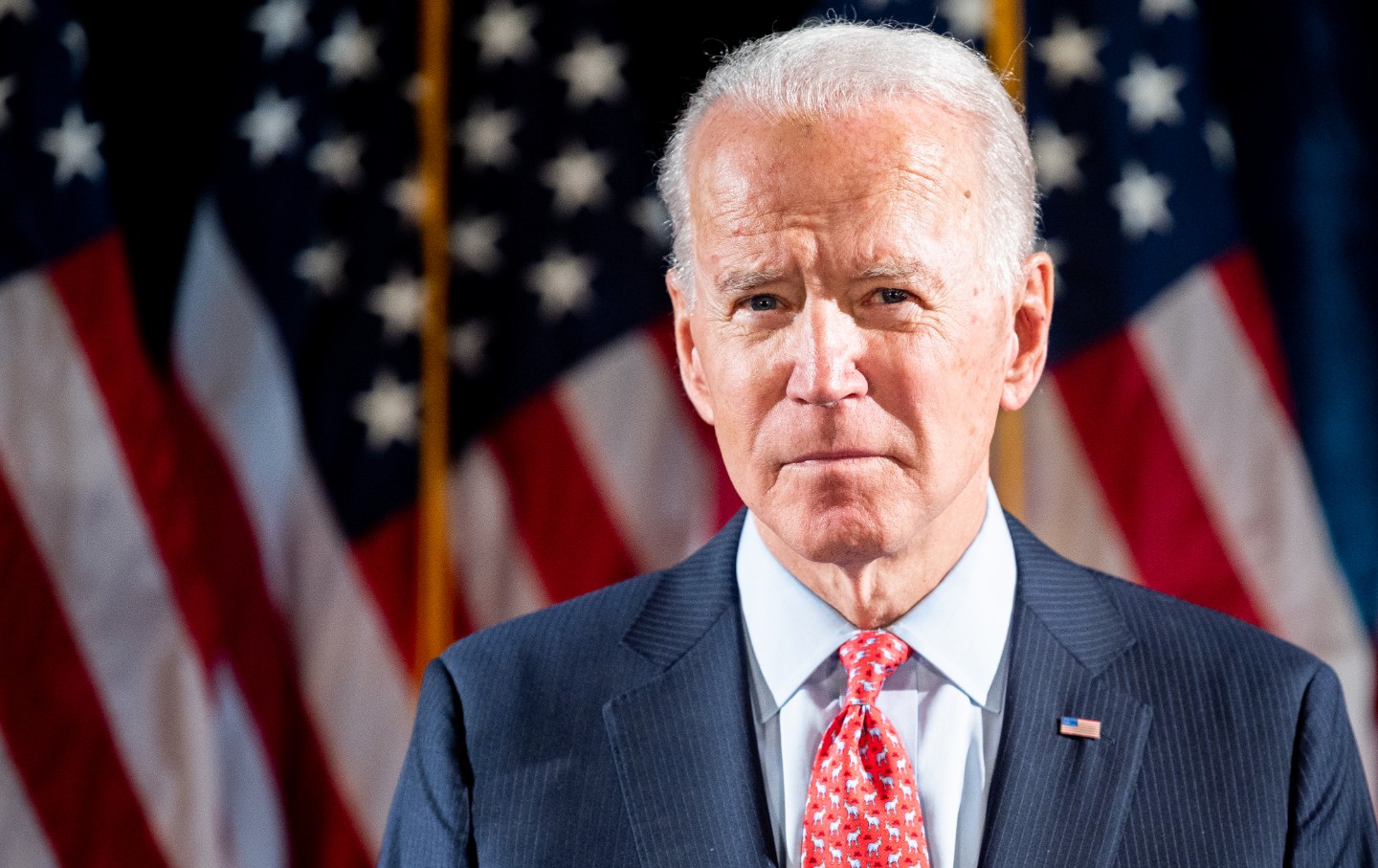 If Democrats hope to hold themselves up as principled defenders of survivors’ rights and fair process in the post-Kavanaugh era, they must establish a formal, unbiased investigation into Tara Reade’s allegations against Joe Biden, the presumptive Democratic nominee.

So far, they’ve fallen far short of this standard. When asked on April 30 about Reade’s allegations, Nancy Pelosi responded, “There is also due process and the fact that Joe Biden is Joe Biden.” In so doing, Speaker Pelosi joins a long line of powerful individuals who have invoked “due process” and “he’s a good good guy” arguments to ensure that their political allies will avoid accountability and scrutiny.

When politicians and other powerful people strategically call for “due process” to defend their political allies, what they tend to mean is “no process.” This strategy has been wielded by liberals and conservatives alike—in schools, in workplaces, and in the media—to avoid confronting the possibility that someone they know, trust, or believe in may have perpetrated violence. It has also been used by powerful men themselves, like Harvey Weinstein, to try to avoid public criticism. Until Pelosi supports a framework through which Reade’s allegations can be given a fair hearing, it is hard to read her statements as anything but a disingenuous attempt to boost an ally, particularly as the evidence mounts corroborating Reade’s claim.

Pelosi isn’t the first to erroneously invoke the legal right to due process. As Alexandra Brodsky has written, this constitutional guarantee is a far cry from the baseless notion that “no one can be mad at you unless a judge has donned robes.” The right to due process arises when the state threatens to take away a right to which the accused person is normally entitled. This includes instances where someone faces prison time for an alleged crime or the possibility of a court order that limits where they can physically go as the result of an alleged assault. Further, the extent of the process due depends on the gravity of the right at stake. The fact that a fair investigation may expose Biden to public shame and potential repudiation does not implicate his due process rights.

Cynical invocations of due process are familiar to survivors. Take, for example, the modern movement against sexual assault on campuses. In the 2010s, survivors of sexual violence organized on campuses across the country to demand action from their schools and the Department of Education after their reports of assault and abuse were routinely swept under the rug. This led to critical but incremental change: In 2011, the department released a Dear Colleague letter, a nonbinding piece of federal guidance that clarified for schools that Title IX’s prohibition on sex discrimination means institutions must respond fairly and promptly to allegations of sexual misconduct. But even the mere prospect of accountability activated a backlash from men’s rights advocates invoking due process to stack the procedural deck in favor of students accused of sexual misconduct.

I Believe Tara Reade. And You Should, Too.

Thanks in part to this backlash, student survivors continue to face a bleak reality. Survivors have been forced out of school, been punished for being raped or speaking out, lost thousands of dollars, died by suicide, and been killed by intimate partners after their schools refused to take action to keep them safe. But despite these alarming outcomes, Betsy DeVos and her Department of Education have cynically invoked due process as a justification to give the once-fringe voices of men’s rights groups an unprecedented platform in her proposed Title IX rule, one that Biden himself has publicly denounced. To campus survivors, then, Pelosi’s remarks deflecting accountability for Biden sound all too familiar.

So does her blithe assertion that “Joe Biden is Joe Biden,” which echoes the pervasive myth that men who do good—especially for women—can never cause harm. Other influential Democrats, including Kirsten Gillibrand and Stacey Abrams, have attempted to walk a careful line between supporting calls to “believe survivors” and tamping down calls for further scrutiny, claiming that The New York Times’ report and Biden’s legislative history eliminate the need for further investigation. Indeed, many of Biden’s defenders point to his work on the Violence Against Women Act, which was coauthored by Representative Louise Slaughter, though her contribution seems to slip the minds of many. This distorted thinking has long been used to protect ourselves from the sad reality that we all know, and probably care for, rapists, abusers, and harassers. Biden’s work on violence against women does not erase Reade’s allegations, or the multiple allegations by other women of unwanted touching, or his mistreatment of Anita Hill in Clarence Thomas’s 1992 confirmation hearing. If you do not believe us, ask any survivor in your life if their attacker has ever done something good. Indeed, many famous men whose sexual predation has been revealed by the #MeToo movement have made notable contributions to society. That does not lessen their harm.

Unsurprisingly, the burden of responding to these allegations seems to have fallen squarely on the shoulders of Democratic women, as has repeatedly happened in such cases—notably in the party’s response to the allegations against Al Franken (whose resignation Gillibrand promptly called for in 2017). While some congressional Democrats have acknowledged that accusations of this kind are worthy of inquiry, they have failed to call for a formal investigation into Reade’s charges. Both Gillibrand and Abrams have claimed that The New York Times’ inquiry was a sufficiently substantive investigation. For now, Representative Alexandria Ocasio-Cortez remains the lone Democratic elected official to call out the recent stream of Democratic attempts to muffle Reade’s voice as “a form of gaslighting,” adding that ignoring these allegations is the “opposite of integrity.” Even so, she stopped short of actually calling for an investigation.

The hypocrisy of the Democratic leadership poses a serious threat to the efforts of student survivors and other feminist advocates to create processes that are fair for survivors and accused persons alike. Despite Pelosi’s deflections, Democrats have an important choice ahead of them: They can either replicate the harmful dismissal of allegations of abuse often attributed to Republicans, or they can show that their values do not bow to partisanship and call for a meaningful investigation into Reade’s accusations. Just as Brett Kavanaugh was not entitled to a nomination process without critical examination, Joe Biden is not entitled to be the Democratic presidential nominee without answering to Tara Reade’s allegations of abuse.