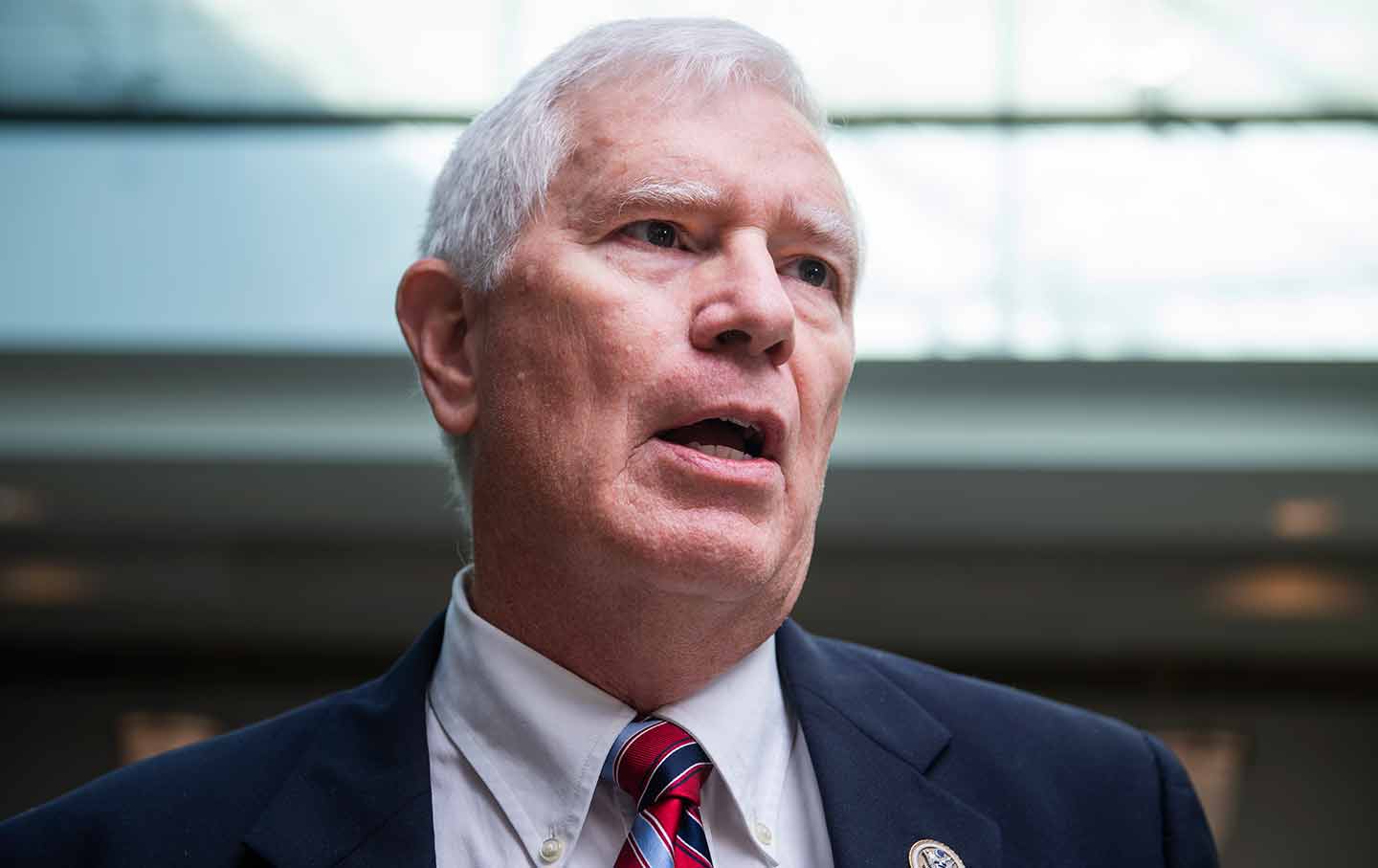 If the likelihood of a plot’s succeeding correlates at all with the intelligence of the people behind it, then the far-right effort to block Joe Biden’s election in Congress on January 6 is doomed. It’s being run by the Congressional Doofus Caucus—Representatives Mo Brooks, Matt Gaetz, Jody Hice, Jim Jordan, and Andy Biggs and Representative-elect Marjorie Taylor Greene of QAnon fame. According to Politico, they noshed on meatballs and pigs in blankets—brain food—on Monday while they plotted with Trump to deny Biden the Electoral College votes he won in key states, and hold onto the White House.

The crew says it plans to block electors from at least six Biden states. They’re currently debating how much evidence of “voter fraud” they need to present to Congress, which would be a tough job even if they were smarter, because even outgoing Attorney General Bill Barr says it was virtually nonexistent. They’ll also need a senator to back them up and so far none has agreed, although Senator-elect Tommy Tuberville (who will immediately qualify for the Doofus Caucus as perhaps the dumbest sitting senator; sorry, Ron Johnson) says he’s interested.

The only thing that makes the gathering remotely interesting, except for its freak show value, is the participation of Vice President Mike Pence, whose job it is to preside over the congressional proceedings. He was there, Mo Brooks says, “trying to make sure that we understand what his view of the procedural requirements are, so we can comply with them.” This would seem a perversion of what should be, and always has been, a nonpartisan constitutional role—Vice President Al Gore had to confirm his own defeat in 2000, even as Democratic House members tried to challenge Florida’s electors, and Biden certified Trump’s victory over Hillary Clinton four years ago.

Pence has no business strategizing with the Doofus Caucus about their crackpot and certainly doomed effort to block Biden. He’s clearly continuing to try to stay in Trump’s good graces as well as court the GOP’s wing nut base in order to keep his political future alive.

Impeach—and Hold the Articles, if Necessary—Is the Right Way Forward

How Georgia Made Senate History

Even so, Trump is reportedly angry at poor Mike—as he is with virtually everyone around him—for “not fighting hard enough for him,” Jonathan Swan of Axios reports, adding, “Trump would view Pence performing his constitutional duty—and validating the election result—as the ultimate betrayal.” January 6 will ultimately be a meaningless date—Biden will be confirmed the president-elect—but it’s going to be a terrible day to be Pence.

Elsewhere around the party, even former Trump stooges are discouraging the Doofus Caucus plan. Senator John Thune of South Dakota told reporters Monday that the House GOP’s effort is “going down like a shot dog.” Senate majority leader Mitch McConnell is discouraging it. Cowardly House GOP leader Kevin McCarthy, who has otherwise encouraged Trump’s delusions of a rigged election, has stayed mum on this particular crackpot plot.

Trump himself only becomes more delusional, by all reports, entertaining talk of martial law and of impounding voting machines to keep himself in office. It would be nice to see more high-ranking Republicans come out against his plans, but we’ve got to give up on wishful thinking.

So do we need to worry about it? Not unless it’s your job, as it is (slightly) mine. Pay attention to Georgia’s Senate runoff and trust in the GOP’s capacity to sabotage itself on multiple fronts. And enjoy the holidays.