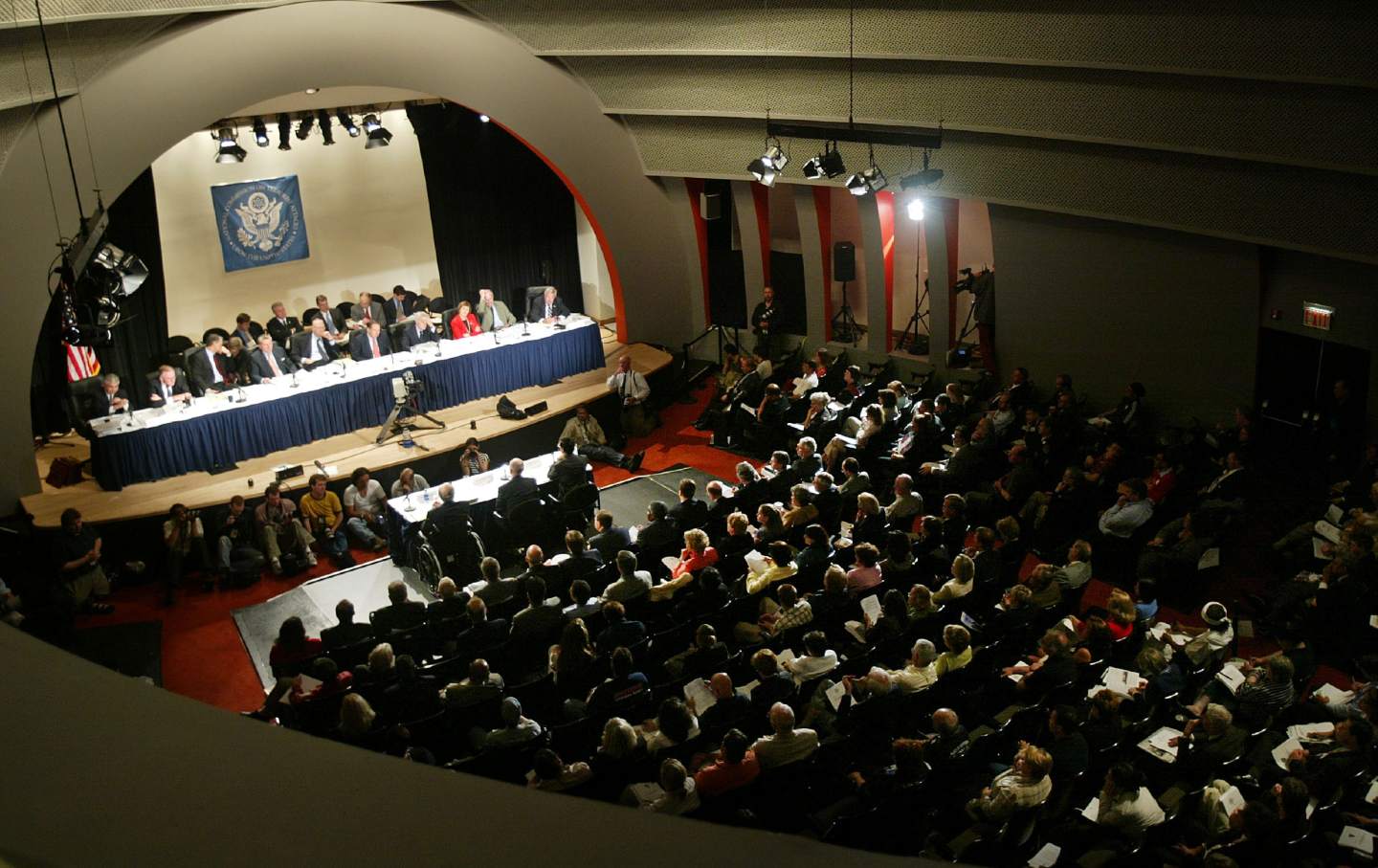 The Democrats are the most forgiving of political parties, always ready to turn the other cheek to the sins of their opponents—or, for that matter, their own leaders. When Obama was inaugurated in 2009, he inherited an apocalypse in the Middle East that had been created by the frauds, deceptions, and war crimes of the Bush administration. He chose to give the torturers in the White House a pass in order to win support for his own program of troop “surges” and assassinations by drone. Likewise, after a financial meltdown that cost 10 million Americans their homes and destroyed most of the housing wealth of Black and Latino families, his Justice Department spared the heads of the megabankers—arguably the greatest group of white-collar criminals in US history—and restored their power and annual zillion-dollar bonuses.

It looks like history will repeat itself after January 20. Two weeks ago, NBC News was told by several of Biden’s closest advisers that he “just wants to move on,” avoiding investigations of the Trump regime that might “further divide the country” and preclude the healing bipartisanship that the president-elect advocates. He’s apparently terrified—with good reason—that if he begins dragging bodies out of the Trumpian swamp, his legislative agenda will be sabotaged by right-wing rage and his administration defined by his predecessor’s daily rants. A blanket informal amnesty, like the one Obama extended to Bush, Cheney, and Rumsfeld, would be a pragmatic adaptation to the ugly reality of political gridlock.

Looking for holiday gifts with a conscience? Check out The Nation Shop and help support The Nation’s journalism while you complete your gift list.

Or would it? The CDC now warns that upwards of 450,000 deaths are likely by the time Chief Justice Roberts asks Biden to put his hand on the Lincoln Bible. That’s considerably more than the 405,000 armed forces members who died of all causes during the Second World War. The current death toll has multiple unnatural causes: the unprecedented devolution of primary responsibility for fighting the pandemic to states and local governments, the testing fiasco in February, the failure to aggressively use the Defense Production Act to provide PPE to health care workers, the unceasing flood of misinformation from the White House, the attacks on the country’s leading public health experts, and, most of all, Trump’s quasi-homicidal campaign to undermine public health measures, including the commonsense use of masks and social distancing. By the end of the summer, the White House had become the principal vector spreading Covid-19.

Extending informal clemency to the architects of this catastrophe—and to those who profiteered from it—would be a moral betrayal comparable to Andrew Johnson’s veto of the 14th Amendment and his appeasement of the former leaders of the Confederacy. Progressives need to act like the Radical Republicans of 1866 and lead the fight for a National Coronavirus Commission with full subpoena powers reporting to both Congress and the Department of Justice.

Last April, Adam Schiff authored a House bill to establish just such a body based on the model of the 9/11 Commission, emphasizing that “this is not an exercise in score-settling or finger-pointing.” Nonetheless, Schiff insisted that “only an objective, bipartisan examination of this pandemic will prepare us for the next.” As he told Mother Jones, “The American people really have a right to know and a need to know why we were caught so flat-footed by this virus.” A parallel bill in the Senate was pushed forward by Bob Casey, Amy Klobuchar, and Dianne Feinstein. But Republicans refused to come to the dance—and some Democrats worried that the proposal was premature and would be construed by the public as a witch hunt. It was put on the back burner, where it remains today.

Last week (December 1), the Brookings Institution refloated the commission idea as a priority for the new administration, emphasizing that it should stick to fact-finding and resist the temptation to vilify Trump. There is, of course, an urgent need for a comprehensive investigation into every aspect of the multiple state failures implicated in such carnage, and the new White House is likely, sooner or later, to commission a comprehensive post-mortem of some kind. As Brookings points out, this is not necessary only to lead the continuing fight against Covid-19 and other inevitable emergent viruses, but equally to enable the government to “confront the ‘black swan’ events [like climate change] that seem to be increasingly prevalent in the 21st century.”

But all such talk just circles around the crime scene. When Schiff and others crafted their bill last spring, it was still possible to explain the failure to contain the coronavirus as the result of colossal ineptitude and bureaucratic negligence. But what happened afterward, when Trump launched the alt-right against state governments and told his millions of followers to throw away their masks, was akin to the captain of a passenger ship deliberately running his ship into the rocks.

If progressives in Congress can’t convince their colleagues to establish a commission that points fingers and proposes indictments, then they need to hold hearings in the communities that have been shattered by pandemic and economic collapse. It was, after all, the dogged persistence of the families of 9/11 victims that forced Congress to create the politically inconvenient 9/11 Commission.