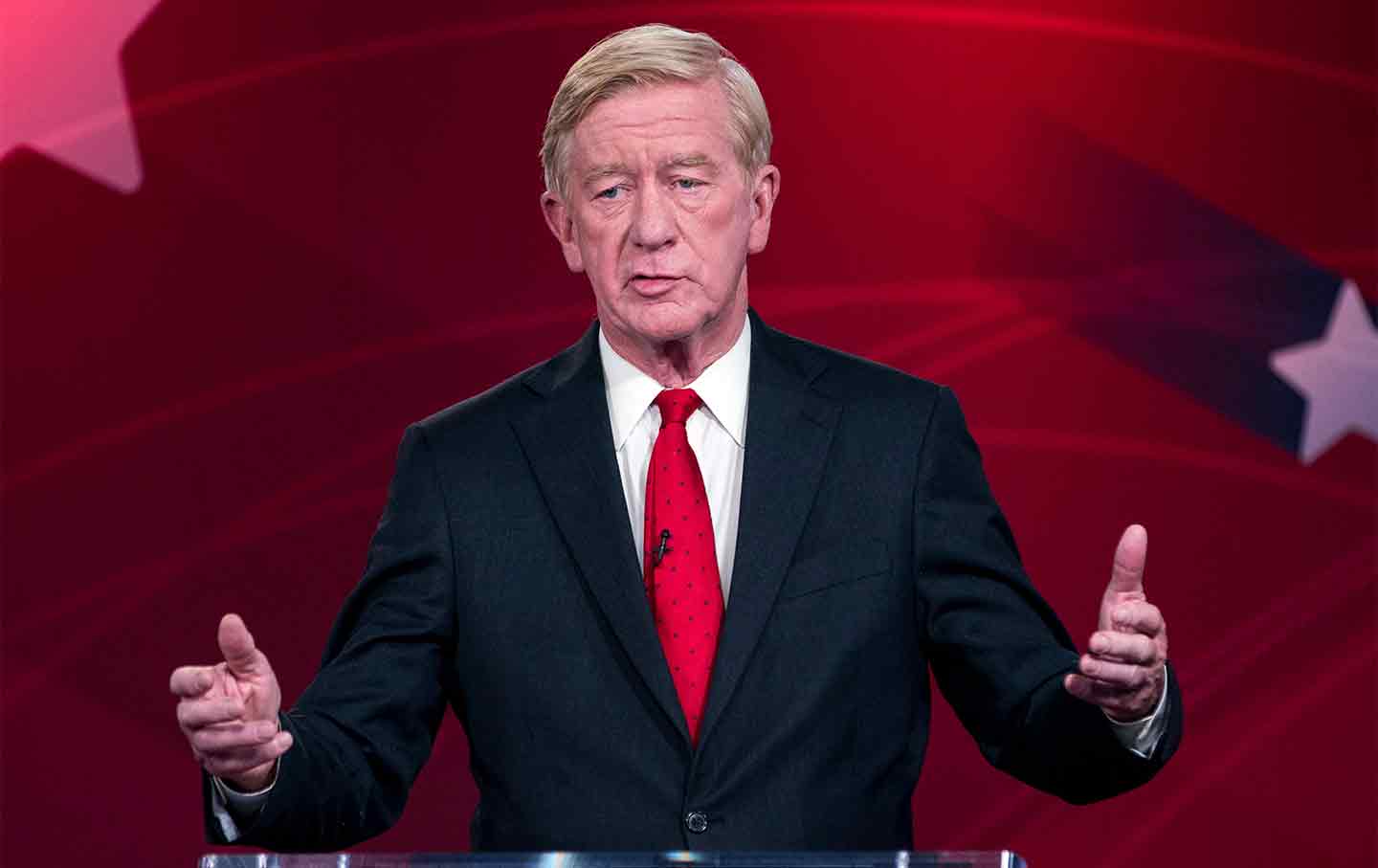 “We want to make sure people realize there’s an alternative in the Republican primary,” explained Weld, as he made the rounds of polling places. “We don’t have to put up with what we’ve got in Washington.”

A striking number of voters agreed. In Concord, 12.5 percent of the Republican primary vote went to Weld. In the city of Portsmouth, he took 17 percent of the vote. In a number of towns he was at 20 percent and in Hanover, where Dartmouth College is located, Weld topped 30 percent.

Overall, the Trump challenger won close to 10 percent of the statewide vote in Tuesday’s Republican primary, securing a result that led The Week magazine to publish the piece, “Trump’s GOP challenger Bill Weld did surprisingly well in New Hampshire primary.” Scattered votes for lesser-known Republican candidates who were on the ballot and write-in votes for former New York City mayor (and onetime Republican) Michael Bloomberg, Utah Senator Mitt Romney, and others kept Trump’s total to around 84 percent.

The president’s primary night tweets and retweets about his win and about the big vote he got (which he gleefully noted was higher than that of Barack Obama and other past presidents seeking reelection) made no mention of Weld. It was the same the previous week in Iowa, where Trump won but Weld secured a delegate to the Republican National Convention—raising the prospect that there could be a bit of “emperor has no clothes” dissonance at this summer’s political coronation in Charlotte.

Trump would prefer that no one notice Weld has had a strikingly good start to 2020. The week of the New Hampshire primary concluded with an announcement by Vermont Republican Governor Phil Scott that he would support Trump’s challenger when Vermont Republicans cast their primary ballots on March 3. “I’ve met with him before, I think a lot of him and his platform so I would be supporting him,” Scott said of Weld.

Weld, a social liberal and economic conservative who was the Libertarian Party’s 2016 vice presidential nominee, is clearly enjoying a primary run against Trump in which he uses every opportunity to explain that he believes in science, wants to address the climate crisis, and thinks that, yes, his rival deserved to be impeached.

Trump doesn’t want people to know that this kind of Republican still exists. But they do. While the president enjoys very nearly lockstep GOP support in Washington, there are a good many Republicans, and independents who lean Republican, who object to his presidency. In the latest Reuters-Ipsos national survey, 7 percent of registered Republicans say they strongly disapprove of the president, while another 8 percent somewhat disapprove. That means there are millions of self-identified Republicans who dislike the guy. Many of them may dislike the Democrats even more Trump. But there are plenty of voters like community college professor Karen Mason, who supported Weld in the New Hampshire primary but explained on election night that she’ll vote for anybody but Trump in the general election.

Former Republican representative Joe Walsh, an Illinois conservative who briefly challenged the president for the GOP nomination, has said that he will urge disappointed Republicans to vote for whomever the Democrats nominate. “This is not easy for me to say, I probably don’t agree with Bernie Sanders on any policy issue, but I would rather have a socialist in the White House than a dictator, a king, a man who thinks he’s above the law,” said Walsh. “I think that’s a much more dangerous threat to America than a guy in the White House fighting for free college.”

Even if their numbers are relatively small, voters who feel this way could matter in battleground states such as New Hampshire, where Trump is making a major push after losing to Democrat Hillary Clinton in 2016 by less than 3,000 votes.

This prospect rattles Trump and his allies, who have tried to squash dissent in the primaries.

Consider what’s happened in the most talked-about of the November battleground states, Wisconsin. A Morning Consult survey from December found that a good many Republicans had soured on the president. The poll determined that among likely Republican primary voters, Trump was approved by 87 percent of those surveyed. That means that tens of thousands of Wisconsinites who were inclined to vote in a Republican primary were unenthusiastic about the president.

Among Republican-leaning Wisconsin voters under the age of 30, 18 percent expressed disapproval of Trump. Among the most educated Republicans, the president faced a similar rejection. Among Republicans who identified as moderates, the rejection numbers spiked to 24 percent.

Trump was always going to be the front-runner in Wisconsin’s 2020 Republican primary. But that wasn’t enough for his backers in the state. Faced with the prospect that an embarrassingly high percentage of Wisconsin Republicans might reject Trump’s reelection bid, they panicked. The Trump-aligned leadership of the state Republican Party submitted only the president’s name for a place on the April 7 primary ballot. That move excluded Weld from the state ballot.

“Trump’s party bosses in Wisconsin just told millions of voters they don’t deserve a choice in the Republican primary,” complained Weld. “That’s not how a democracy works, and certainly not the way the party of competition and freedom should work.” The chairman of the Republican Party of Wisconsin, Andrew Hitt, tried to suggest that the party had blocked Weld and other rivals of the president because they weren’t on the ballot elsewhere. “If they’re not on the ballot in other states, it becomes less relevant in Wisconsin,” claimed the chairman.

What Hitt didn’t bother to mention was that Republican Party fixers across the country have wherever possible manipulated the process to shield Trump from primary challenges—and possible embarrassment. “Trump’s allies have been working for months to clear the primary field across the country for the president in the face of challenges from dark horse candidates,” reports the Associated Press. “The Minnesota GOP, for example, plans to list only Trump on its March 3 primary ballot. Republicans also have canceled primaries in a number of states, including South Carolina, Nevada, Arizona, and Kansas, to clear the field for Trump.”

But Weld got on the New Hampshire ballot, and he won a higher percentage of the vote than former vice president Joe Biden did in the Democratic primary. Going forward, he’s got a good message as he campaigns in a number of Super Tuesday states where his name will be on the ballot. “We do not elect presidents by acclamation, and, Donald Trump’s wishes notwithstanding, we rejected the idea of a monarchy 240 years ago,” says the former governor. “By canceling primaries or denying challengers from appearing on the ballot, handfuls of Trump-controlled party officials are effectively telling millions of Republicans that they have no voice in the nomination process.”

When Weld and I were talking on primary day, I referred to the race against Trump as “daunting.” A bright smile flashed across his face. “I’m a happy warrior as a campaigner,” he declared. “The reason to do this campaign involves the future of the United States, so I’m heavily motivated here to give this absolutely everything I’ve got and will continue to do so.… This is an errand you feel good about doing.”