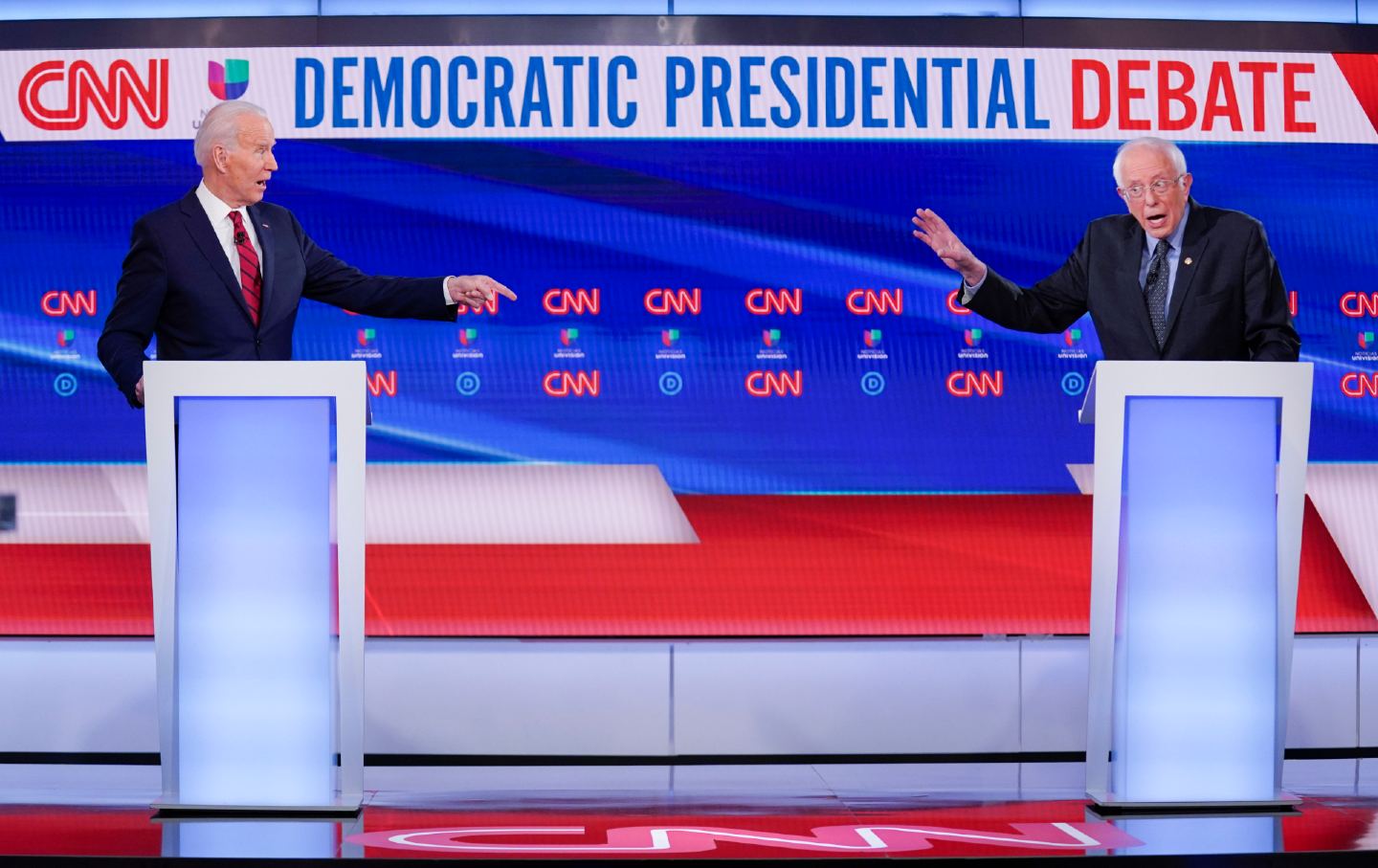 After months of dancing around the issue of diversifying the Democratic ticket, the remaining viable candidates finally got more specific on Sunday, with Joe Biden firmly pledging to choose a woman as his running mate, and Bernie Sanders saying that “in all likelihood” he would follow suit.

What neither of these septuagenarian white men could bring themselves to do, however, was to say that that woman would be a person of color.

Their ongoing silence on that front speaks volumes about how much the fear of alienating white men continues to rule Democratic decision-making. It reveals how public opinion has been influenced by decades of attacks on affirmative action. And it shows how little some white liberals understand about why it’s insulting to people of color to hear them pledge fealty to “merit” and wanting to hire the “best person for the job.”

Biden has been saying he would nominate an African American woman to the Supreme Court since the end of last month. But even that ostensibly progressive pledge highlights how his apprehension of alienating whites is more important to him than inspiring the constituencies that propelled the Obama-Biden ticket to victory. Talking about a Supreme Court nomination is speculative; committing to a woman of color as running mate is something he can do now. 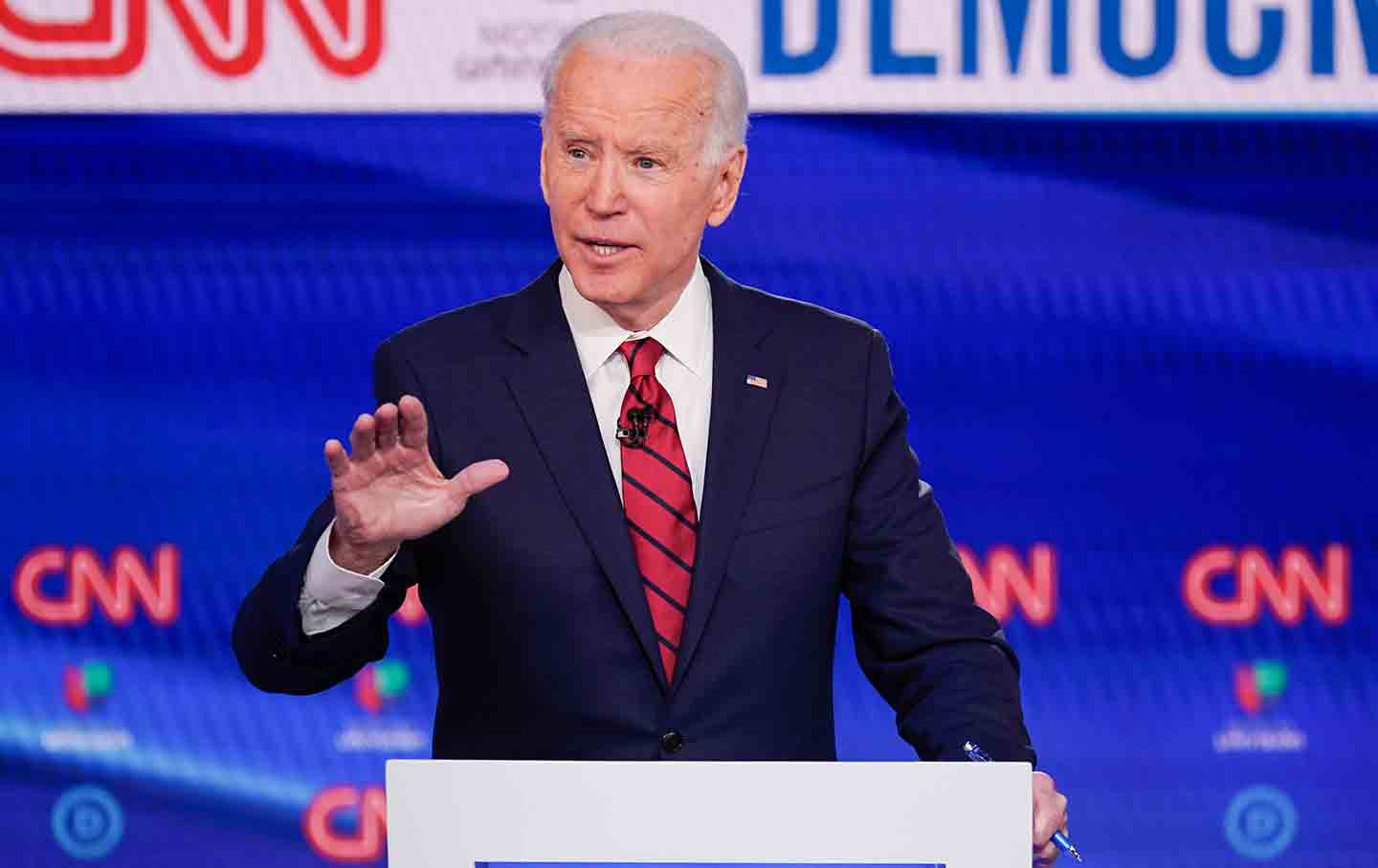 The hunger for a diversified ticket is deep. With Elizabeth Warren’s withdrawal from the race, her supporters across the country are both grieving the departure of the last viable female candidate and demanding that the nominee choose a female running mate. Columns with titles such as “I Am Burning With Fury and Grief Over Elizabeth Warren. And I Am Not Alone” capture the sentiment among many—especially women—who supported the senator.

People of color are also eager to see a Democratic ticket that reflects electoral reality. As my research has found, nearly half of Democratic voters are people of color; it is certainly relevant that the last time the Democrats won the White House was when an African American topped the ticket. Groups such as She the People, a national network of women of color in politics, have crystallized the demands for gender and racial diversity into a call for a woman of color as the vice presidential nominee.

The math of the moment lends empirical support to choosing a woman of color. The 2008 exit polls showed that it was women who made Barack Obama president, with 56 percent voting for him. My research has found that 46 percent of his coalition consisted of people of color; just 23 percent of Obama voters that year were white men. Clinton was defeated in 2016 in part because of two key shortcomings: a dramatic drop-off in black voter turnout (the first decline in 20 years) and the fact that a meaningful number of white women decided to give Trump a chance. As the Democrats seek to unseat Trump, a running mate who appeals to women and inspires voters of color seems like the obvious electoral strategy to pursue.

The list of women of color who could strengthen a Biden or Sanders ticket is long and impressive. Stacey Abrams received more votes statewide than any Democrat had before during her gubernatorial run in Georgia, and was popular with young voters. As a 40-something leader tapped into popular culture, she could help Biden with the youth vote that he has failed to excite. Kamala Harris, Massachusetts Representative Ayanna Pressley, Illinois Senator Tammy Duckworth, and New Mexico Governor Michelle Lujan Grisham are some of the other talented women of color who could significantly enhance the Democratic ticket this year. 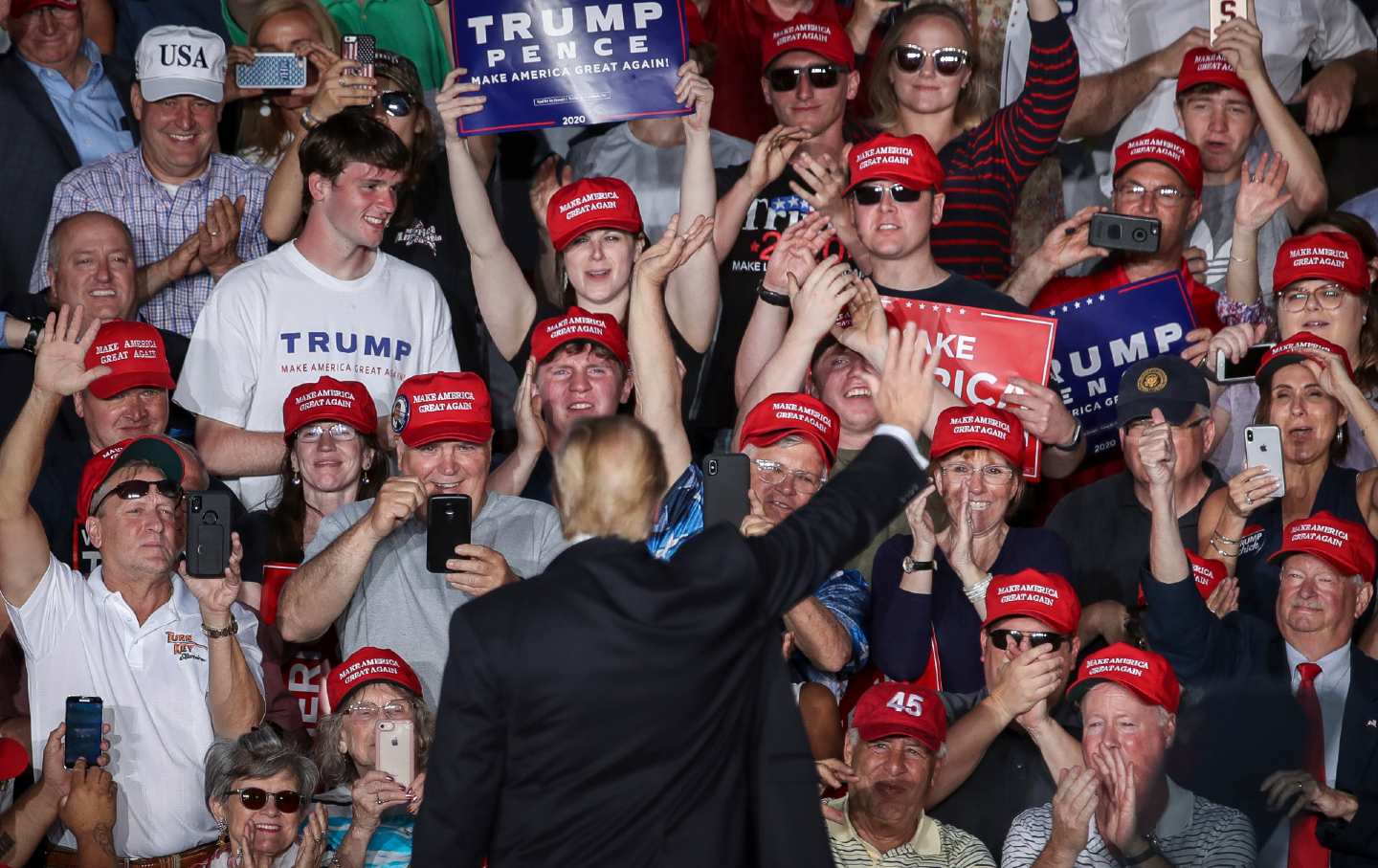 The Sanders and Biden camps’ fear of commitment is a capitulation to decades of attacks on programs designed to address inequality in America. The anti–affirmative action backlash of the past 30 years has been so ferocious, unrelenting, and sustained that it has taken root in the public consciousness and much of the mainstream media. Many white liberals now live in fear of being seen as offering “unfair” advantages to nonwhite job candidates; they have become more anxious about being criticized for the remedies they choose to redress inequality than they are about the inequality itself.

This mindset persists without any actual evidence to support it. The notion that women and people of color enjoy unfair advantages in America is laughable. More than 90 percent of the CEOs of Fortune 500 companies are men, 98 percent of venture capital funding goes to men, and nearly 90 percent of all elected officials in this country are white. Primary evidence of bias in this country shows that whites are the ones who continue to benefit disproportionately from hiring decisions.

If there is a grand plot to elevate women and people of color through identity-based practices, it is failing spectacularly.

Candidates’ caution shows which constituencies they think are most important. Who are Biden and Sanders afraid of offending? It can’t be women; the pain that was expressed in the wake of Warren’s departure stems from lifelong experiences of seeing more-qualified women being passed over in favor of mediocre men. And they can’t be trying to placate people of color. Nonwhite voters are unlikely to be worried about the politicians who won’t get a chance to become the 49th white male vice president.

It really comes down to the Democratic Party’s fear of alienating white men. The party assumes that those men must feel as if the country they once controlled is slipping away from them. But not all white men feel that way, and almost all of those who do are supporting Trump anyway. Do the candidates really think that the white men who voted for Clinton would abandon their ticket if they took a stand for desegregation?

What the candidates also fail to appreciate is that their reluctance to commit to a woman of color running mate is actually offensive to women and people of color. The unintended (but unmistakable) message is that they believe there is only a very small pool of qualified people in the country who aren’t white men. People of color and women know all too well that that is far from the truth.

If they say they don’t want considerations about race to get in the way of choosing “the best person” for the job, that could be easily interpreted to mean that the vice presidential pick will be white, as they have been in every single election since the founding of the republic. If you believe that qualified women and people of color are legion, it should be simple to clearly state: “I’ll choose from that pool, which is overflowing with abundant and under-appreciated talent.” Offending and insulting the voters you need in order to win is not a prescription for victory.

We are faced with the task of defeating an unrepentant misogynist and racist, who clings to power by stoking the flames of white racial resentment and the power of patriarchy. This is not the time for cowardice. This is a moment that calls for courage, and both Sanders and Biden should declare, unequivocally, that they would each choose a woman of color to join them on the journey to the White House.