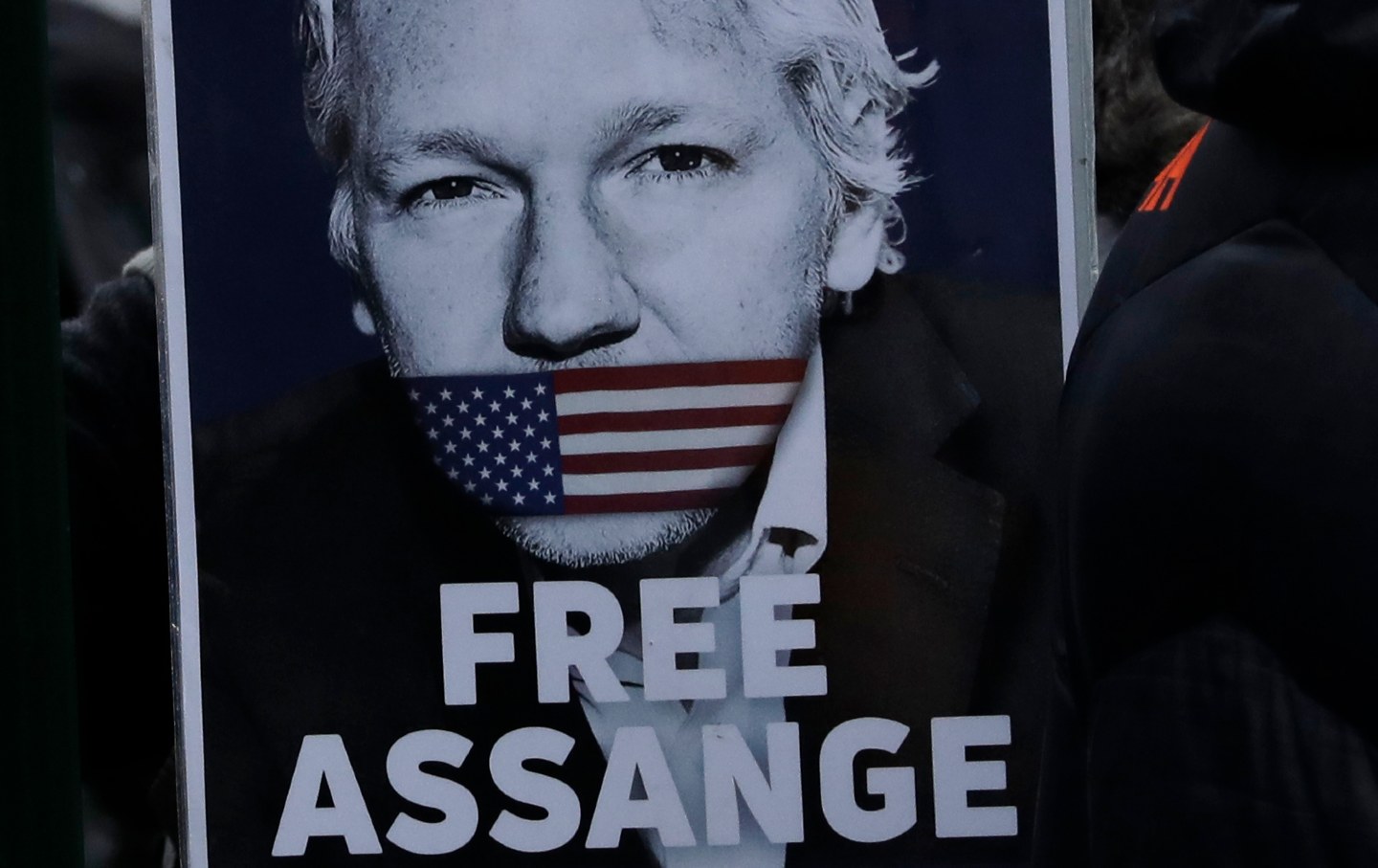 A supporter protests against the US extradition of WikiLeaks founder Julian Assange. (Matt Dunham / AP Photo)

If WikiLeaks did not exist, the public would know much less than it does about what government and politicians are doing in its name.

When a 35-year-old Australian named Julian Assange launched WikiLeaks with a few like-minded friends in 2006, he little knew what exposing malfeasance would cost him. The WikiLeaks model was simple: provide a safe repository for documents showing state and corporate wrongdoing while guaranteeing anonymity for the leaker. Newspapers were not necessarily safe for whistle-blowers, as British civil servant Sarah Tisdall discovered in 1983 when London’s The Guardian caved in to a court order and handed over documents that identified her as the source for its story on US cruise missile deployment in the UK. She went to prison for four months and lost her job.

Conscientious employees in government and the private sector trusted WikiLeaks enough to send damning papers that WikiLeaks published and made available to international media. WikiLeaks became a vital source of information for journalists and not, as then CIA director Mike Pompeo would call it in 2017 “a non-state hostile intelligence service.” It was providing information not to spy agencies and departments of defense but to you and me. Without it, we would not have known what happened when an Apache helicopter shot and killed seven civilians, including two Reuters journalists, in Baghdad in 2007.

Patrick Cockburn of London’s The Independent was in Baghdad at the time. The Pentagon had rejected FOIA requests for the Apache video documenting the event. The military conducted an internal investigation that—like all internal investigations, whether by Enron, the Israeli Defense Forces, or the CIA—showed no wrongdoing. The media—and thus the public—had no alternative to official whitewash. Then in 2010 WikiLeaks placed the video, along with government documents, in the public domain. Cockburn writes:

We could not prove anything until WikiLeaks made public the film from the Apache. Viewing it still has the power to shock: the pilots are cock-a-hoop as they hunt their prey, including people in a vehicle who stop to help the wounded, saying, “Oh yeah, look at those dead bastards,” and, “Ha, ha, I hit them.” Anybody interested in why the US failed in Iraq should have a look.

The soldier who leaked the video and thousands of other documents that contradicted Pentagon versions of the war, Chelsea Manning, went to prison. It was not WikiLeaks but a friend of Manning’s who tipped off the government. Manning was eventually pardoned by Barack Obama, but she is back in prison for refusing to cooperate with a secret federal grand jury investigating Assange. Thanks to her efforts and those of dozens of others, the public has access to important documents including “Iraq Rules of Engagement 2007-2009,” “The Afghan War Diaries,” “Iraq War Logs,” “Cablegate,” and “Gitmo Files.” WikiLeaks did not confine its exposures to the United States. A recent WikiLeaks press release reminded the media:

WikiLeaks has published leaks from many other countries including Kenya, Peru, Syria, Saudi Arabia, Russia, Namibia, Norway and Iceland. For example:

I declare an interest: Julian Assange is my friend. But I do not defend him because he is a friend. He is a friend because he is worth defending, because he disclosed vital information to the public on actions taken in our name and because he has sacrificed his freedom to do it. The United Nations Special Rapporteur on Torture, Nils Melzer, has visited Assange in Britain’s high security Belmarsh prison and concluded that he is suffering “full-fledged psychological torture.” In addition, Spanish contractors working for the CIA have monitored privileged lawyer-client discussions with his defense team. Assange is not receiving a fair hearing in Britain. He is unlikely to receive a fair trial in the United States, when the prosecution knows all about his legal strategy while he knows nothing of theirs.

The criminals who perpetrated war crimes revealed in their own communications documented and made public by WikiLeaks did not want you to know about them. Nor do they want you to know about those they commit in the future. To conceal the truth, they will put the truth-teller in an oubliette where he will never again discover and reveal anything. By depriving Julian Assange of his freedom and thus intimidating his journalistic colleagues, US and UK prosecutors are abetting criminality by spies, secret policemen, torturers, and kleptocrats everywhere. If they succeed in putting Julian Assange in a concrete cell for the rest of his life, it will give them a long breathing space to commit more crimes and amass illegal wealth in secret.