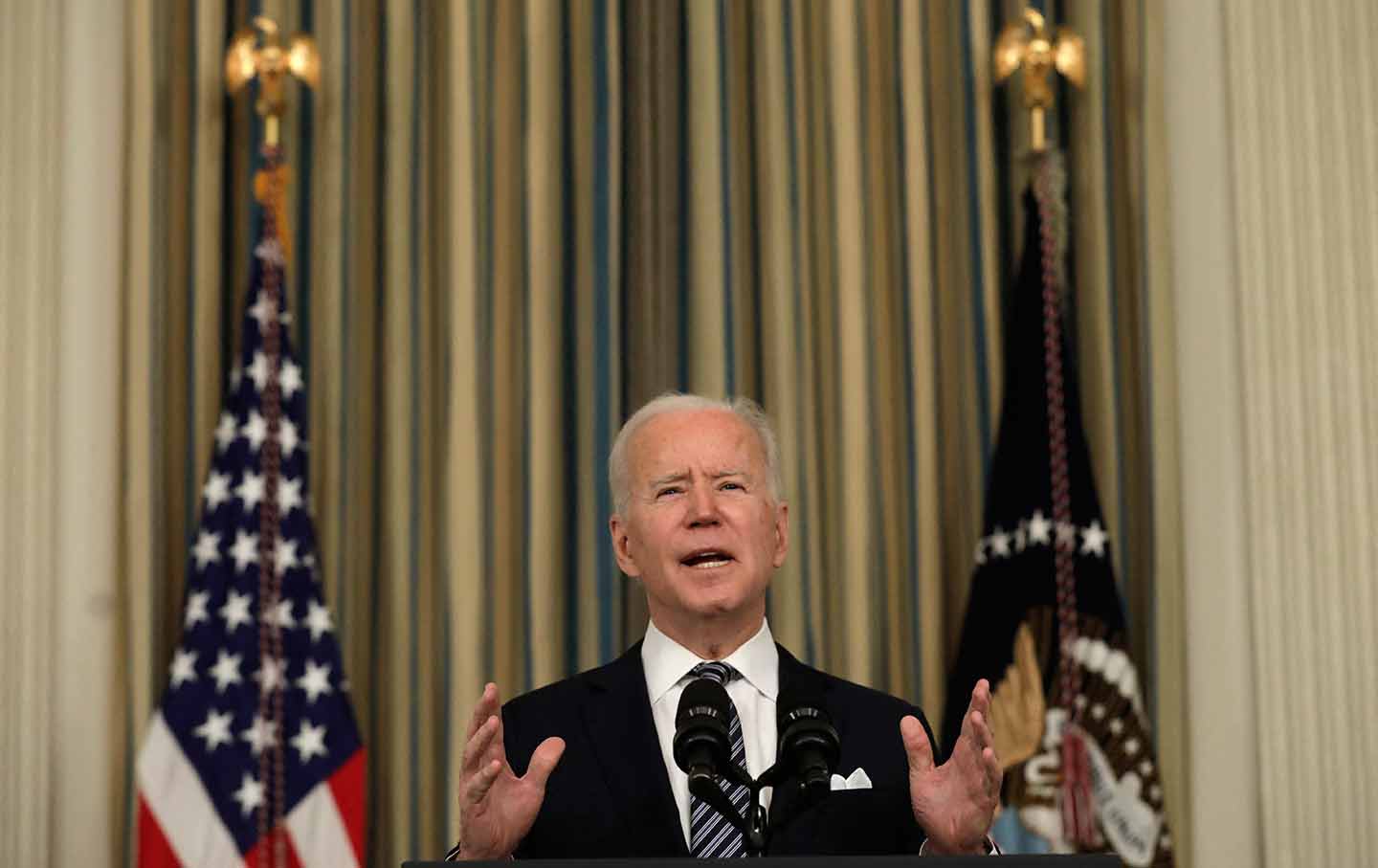 President Joe Biden has signed his first big legislative package, and to quote him in the past, it’s a “big fucking deal.” Not only does it send desperately needed aid to those suffering the most from the pandemic, but it also marks a sharp departure from how the Democratic Party—and the nation—has approached persistent poverty in the wealthiest country on the globe.

The tax-related provisions alone are hugely progressive. After the dispersal of the $1,400 stimulus checks, the enhanced monthly child tax credit payments, and the increases to the earned-income tax credit and the child and dependent care tax credit, the poorest fifth of Americans will experience a more than 20 percent increase in their incomes. The richest fifth, on the other hand, will receive less than a 1 percent boost, while the top 1 percent will get nothing at all.

And those are not the only provisions in the package. Congress has also increased unemployment benefits by $300 a month through September, while offering $30 billion in rental assistance and $5 billion for schoolchildren to get emergency food benefits. It has offered free health insurance plans through the Affordable Care Act to people on unemployment and expanded subsidies for everyone so that no one has to pay more than 8.5 percent of their income on insurance premiums. Many of those benefits will flow to people who are unemployed or working for low pay.

All told, these measures are projected to reduce poverty by more than a third, bringing the number of people living below the federal poverty line from 44 million to 28 million. 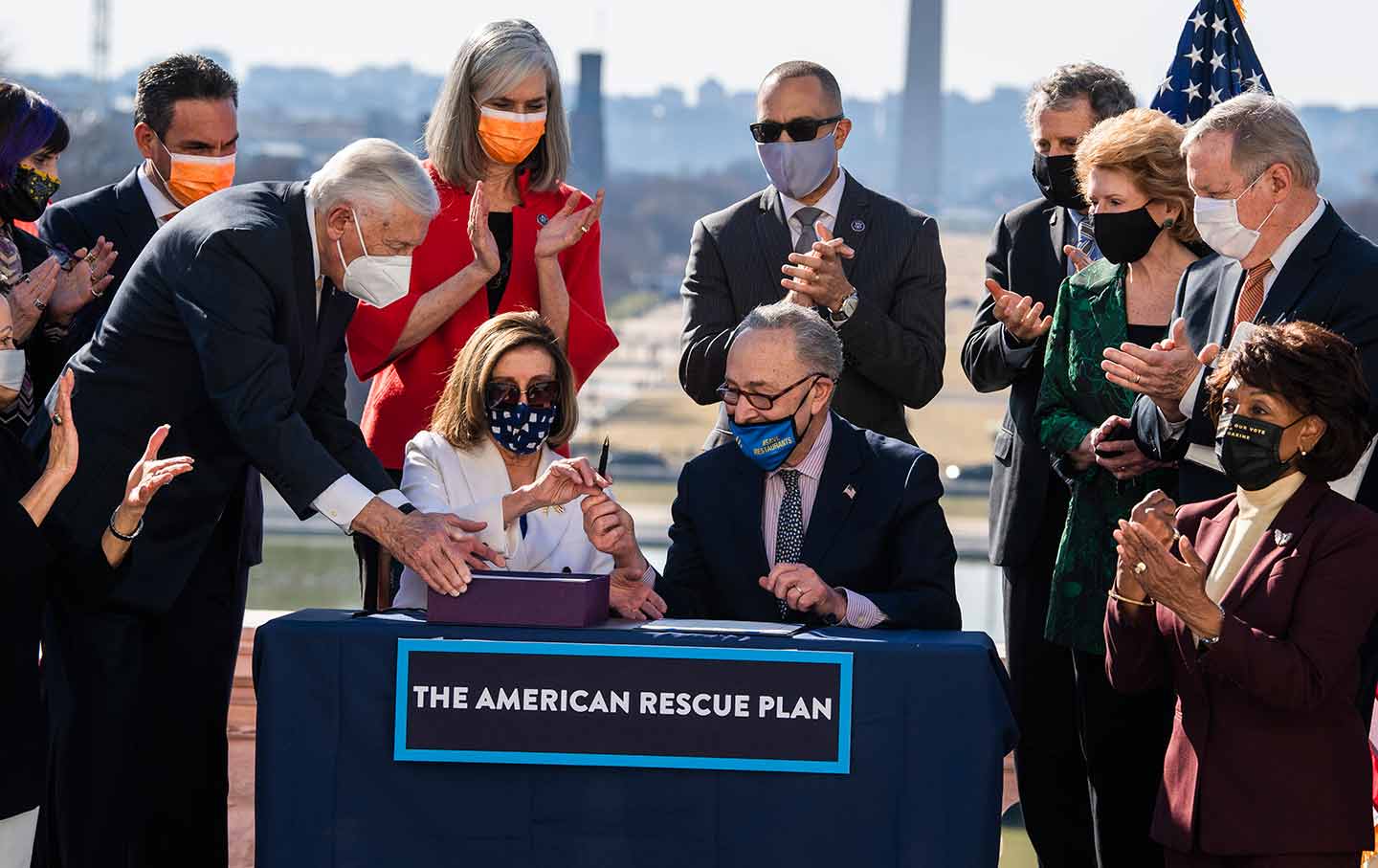 Democrats Make a Down Payment on a Radically More Just Economy

Yes, these are emergency provisions in response to a crisis we haven’t experienced in a century, and many of them are set to expire. But it still shows how much our approach to helping the poor has changed, especially among Democrats. It was only 25 years ago that President Bill Clinton triumphantly declared that he was ending welfare as we knew it. Rather than offering the poor money to help them climb out of a financial hole, the bill he signed required them to start climbing out of it on their own, by logging hours at work, before the government tossed them a ladder. It was emblematic of the party’s overall stance on poverty. Some of the very tax credits being offered to all poor American families in the Democrats’ relief plan, such as the child tax credit, have until now been withheld from families with little to no income, under the assumption that if they’re not working and earning money, they don’t deserve our help.

Biden voted for welfare reform in 1996 as a senator from Delaware. And yet in 2020 he made a child tax credit expansion to all low- and moderate-income parents part of his presidential campaign platform for responding to the pandemic.

Democrats have shifted so dramatically that they are already promising to make the child allowance a permanent feature of the American social safety net. Under Biden’s relief plan, families making $150,000 or less will get monthly payments of $300 for every child age 5 and under and $250 for older kids—even families with little to no income. This has the potential to cut the number of children living in deep poverty in half.

The allowance sunsets within a year, but the gamble is that once Americans get a taste of what most other developed countries long ago instituted—regular cash payments to ease the financial stress of parenting with too little income—it’ll be all but impossible to stand in the way of making it permanent, even for conservatives and moderates. Who will want to vote in favor of dramatically reducing most families’ incomes? Democrats have already said they’ll start fighting to ensure it lives on indefinitely as soon as the ink on the relief bill dries.

If they succeed, it will mark a complete reversal of how this country has approached alleviating poverty. Even as wages have stagnated and basic costs like health care and housing have skyrocketed, we’ve pretended that poverty is a personal failing. This allowed us to turn a blind eye to the highest level of relative poverty in the developed world while offering the least in taxes and benefits to reduce it. Now the Democrats are unabashedly championing a new approach: giving poor people money so they can afford the things their children need to thrive, so they can escape the Catch-22 of being so financially burdened it’s impossible to climb out of the hole—so, in short, they’re no longer poor.