A voter drops off a ballot during early voting in Allentown, Pa. (Angela Weiss / AFP via Getty Images)

llentown—On the morning of Election Day, Ashleigh Strange was ready for trouble. As the regional organizer for Lehigh Valley Stands Up, she and her team had spent months doing deep canvassing here. Working in close coordination with the immigrant rights group Make the Road and the young climate justice campaigners of the Sunrise Movement, they’d been talking—and more important, listening—to voters. These long, frequently sprawling conversations might start with anxieties about rent or child care or worries about immigrants taking away jobs, but they ended, surprisingly often, with people who’d long ago given up on voting deciding to take a chance on Joe Biden and Kamala Harris. 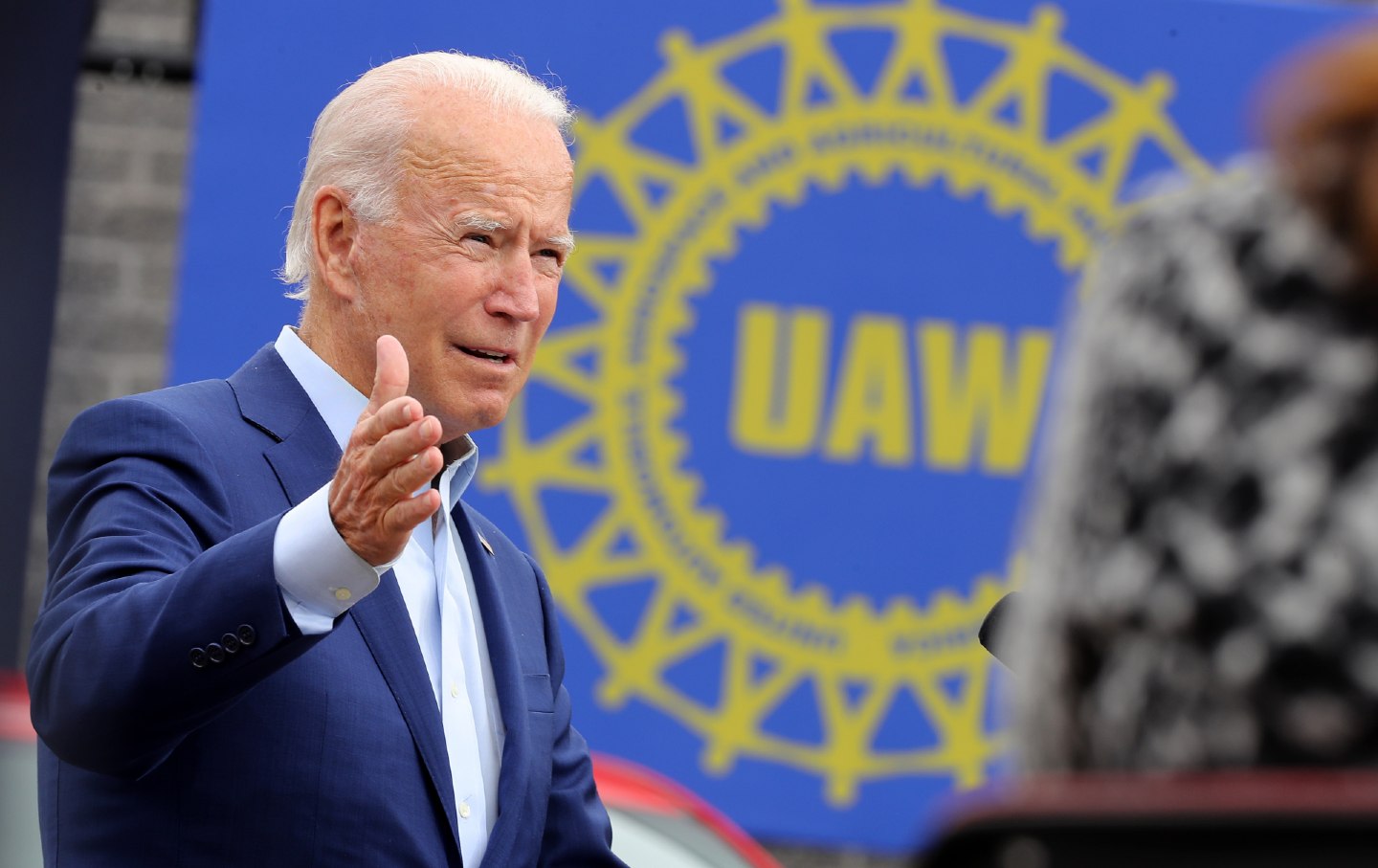 Jane McAlevey and The Nation

They did this work against the backdrop of the president’s fearmongering about election fraud. On my way northeast from Reading, I saw a Donald Trump campaign bus parked outside a gun shop on Route 222, in the long stretch of rich farmland where a small cluster of Biden-Harris signs planted by the International Brotherhood of Electrical Workers gave way to a barrage of MAGA-painted barns and billboards proclaiming “BLM: Biden’s laptop matters!” Strange was coordinating an Election Day rapid response team, and there were reports of armed men at a local polling station.

“Lehigh County is a swing district in a swing state,” she told me. In 2012, Barack Obama won here by nearly 12,000 votes. Four years ago, Hillary Clinton’s margin shrank by almost 8,000 votes. If it all came down to Pennsylvania, every vote would matter. “This district is 45 percent people of color,” she said. “We’re sick of hearing that it’s not our time. We want to put people into office where we don’t have to beg anymore.”

For Morgan Tucker, a shift captain for the deep canvassing effort whose introduction to politics here came through the Black Lives Matter protests this summer, the key to talking to voters is “helping them surface their own issues. Instead of being about delivering a message and hanging up, it’s about having a conversation. The ones that are working sometimes go on for an hour,” she said. It’s a slow process; Tucker said she’s managed only 20 full canvasses.

But if you want to know who dragged the Democratic ticket over the line in Pennsylvania, just ask Patty Torres, the organizing director for Make the Road Pennsylvania. Her group made 2.5 million calls to voters and sent 2 million texts—at a time when the state Democratic Party was hardly visible here. Is she satisfied with the result? “We have so much work to do,” she said. “But if Trump had won, we would have been devastated.”