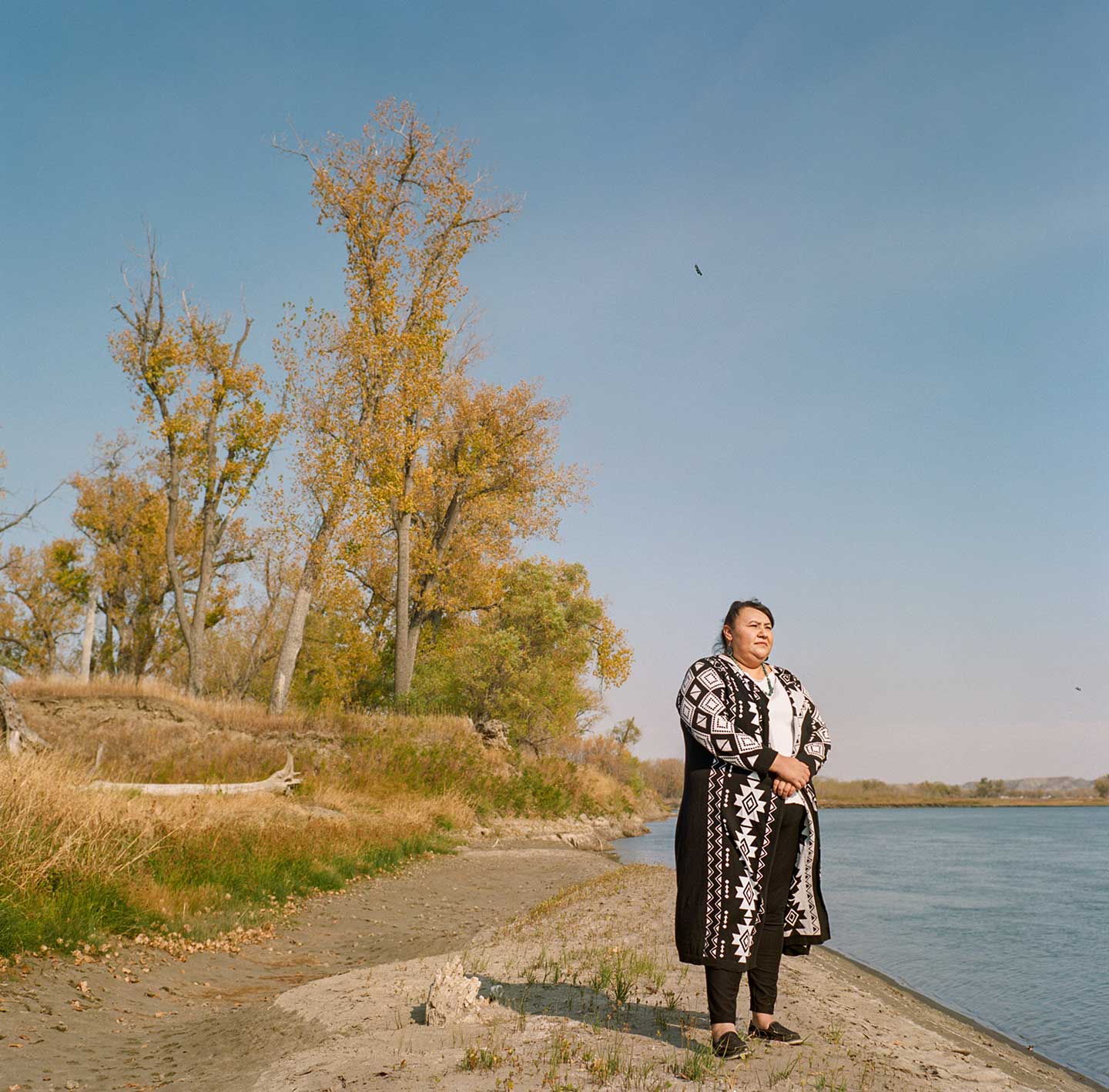 Angeline Cheek, an environmental activist, stands beside the Missouri River. “This is our medicine,” she said, referring to the the plants and herbs used among Native American communities for medicinal and ceremonial purposes, which she fears could be contaminated by a pipeline spill. (Sara Hylton / Redux Pictures)

On a warm afternoon in October, the leaves were beginning to change color and the sun shed a warm, golden hue across the vast landscape in Northeastern Montana. Lance Fourstar and Angeline Cheek, community organizers and activists from Fort Peck Indian Reservation, weaved their way through bumpy and rugged terrain in a dark green Ford crew cab, having driven through this land countless times before. They were headed to the Missouri River, where a large, controversial infrastructure project is planned that will cut through just south of the reservation.

They parked and walked through sage brush and dense prairie. Fourstar stopped at the edge of a lookout onto the Missouri River, North America’s longest river. “This is it,” he said, referring to the point to which his GPS device had led him on a previous visit. 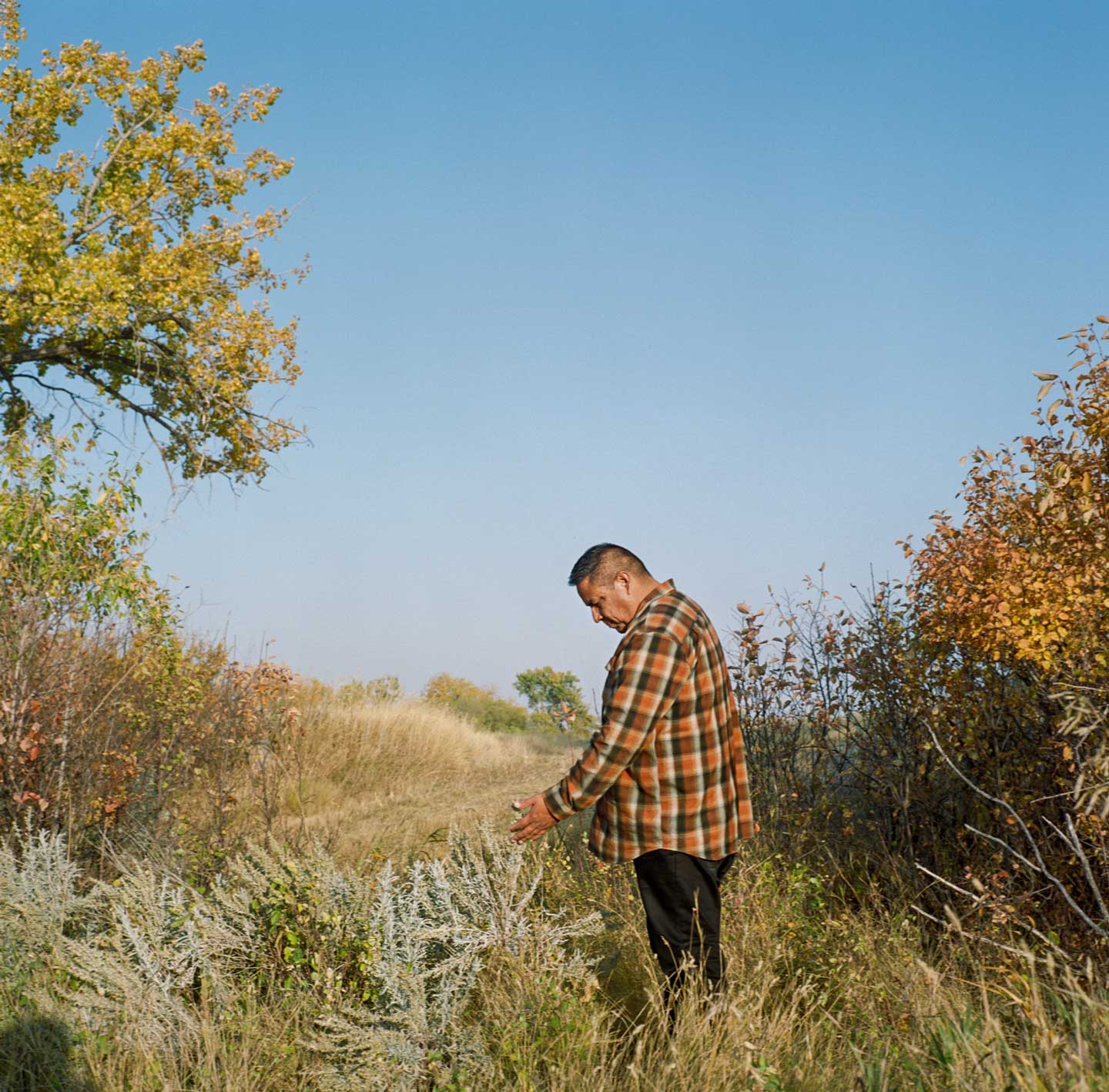 Lance Fourstar, an environmental activist from Fort Peck Indian Reservation, worries that the pipeline could have disastrous consequences for his community. (Sara Hylton / Redux Pictures)

Fourstar spread his arms wide, pointing in the direction that TransCanada, the Canadian energy company, plans for the Keystone XL pipeline to cross the river. This proposed crossing sits two miles upriver from the spillway of Fort Peck dam and threatens the Assiniboine and Sioux Rural Water Supply System that will provide drinking water for up to 30,000 people. Cheek and Fourstar also worry about the contamination of their traditional medicine, including sage and other things that are integral to their community’s practices and ceremonies. Fort Peck Indian Reservation lies to the North of the Missouri River, and Fort Peck tribes have treaty rights to the waters, yet they were not consulted about the construction of the pipeline. The proposed route will also pass directly through burial grounds and sacred sites. 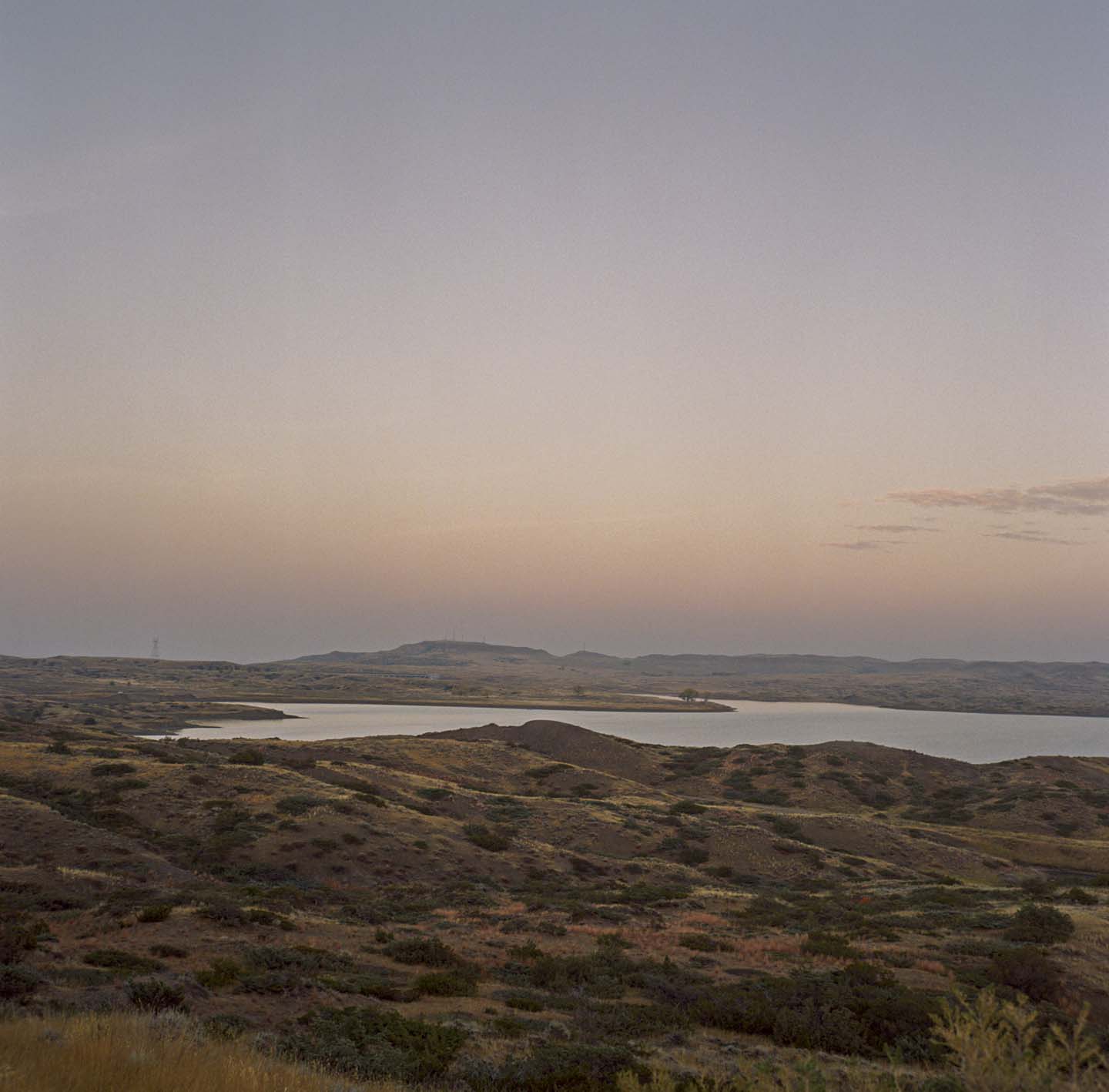 I first became interested in the Keystone XL pipeline because of the impact the project was having on Indigenous women. In 2017, I began reporting a series of stories about the ways Indigenous women were being targeted in Saskatchewan, the Canadian province I’m from, directly north of Montana. In the past few years, however, I expanded this work across the border into Montana and North Dakota and learned that the extractive industry that is increasingly driving the economy of this region is directly linked to the violence facing women and Indigenous communities along the length of the project. The influx of workers—mostly young, mostly men—who come to work on the infrastructure projects, and the destruction of land that ensues, has immeasurable consequences on the many communities that make their homes near the pipeline route. 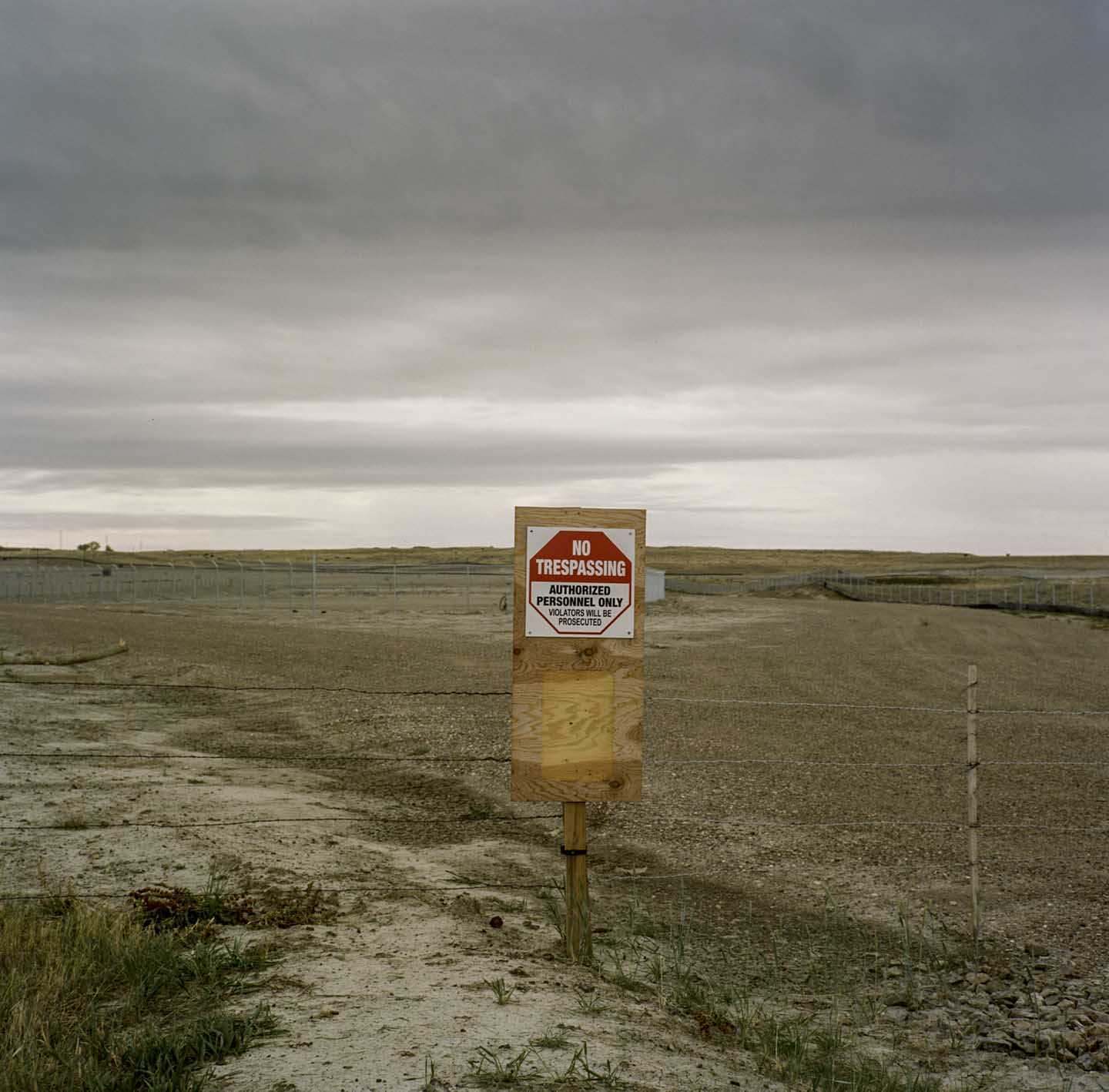 A “no trespassing” sign outside of what activists believe to be the construction of a “man camp” near Baker, Mt. According to Sikorski, a map made by TC Energy shows this location as slated to hold a large man camp that would include housing for hundreds if not thousands of men to work on the Keystone XL and related projects. (Sara Hylton / Redux Pictures)

Since the Keystone XL pipeline was first proposed in 2008, it has become one of the most controversial energy projects in North America, stirring conflict across the political spectrum and among the communities in this small corner of Montana. I traveled back to the region this fall, with the looming elections in mind, in order to understand how communities living along the proposed route view the project now. I focused on the individuals and communities who stand to lose the most if the United States continues to prioritize fossil fuels over all else.

The pipeline, expected to be operational in 2023, would transmit 830,000 barrels of crude oil a day from Alberta’s tar sands to refineries on the Gulf of Mexico, crossing through the US Midwest. Environmentalists believe that should the pipeline succeed, it will commit North America to continued investment in fossil fuels, dooming any realistic effort to curb climate change. 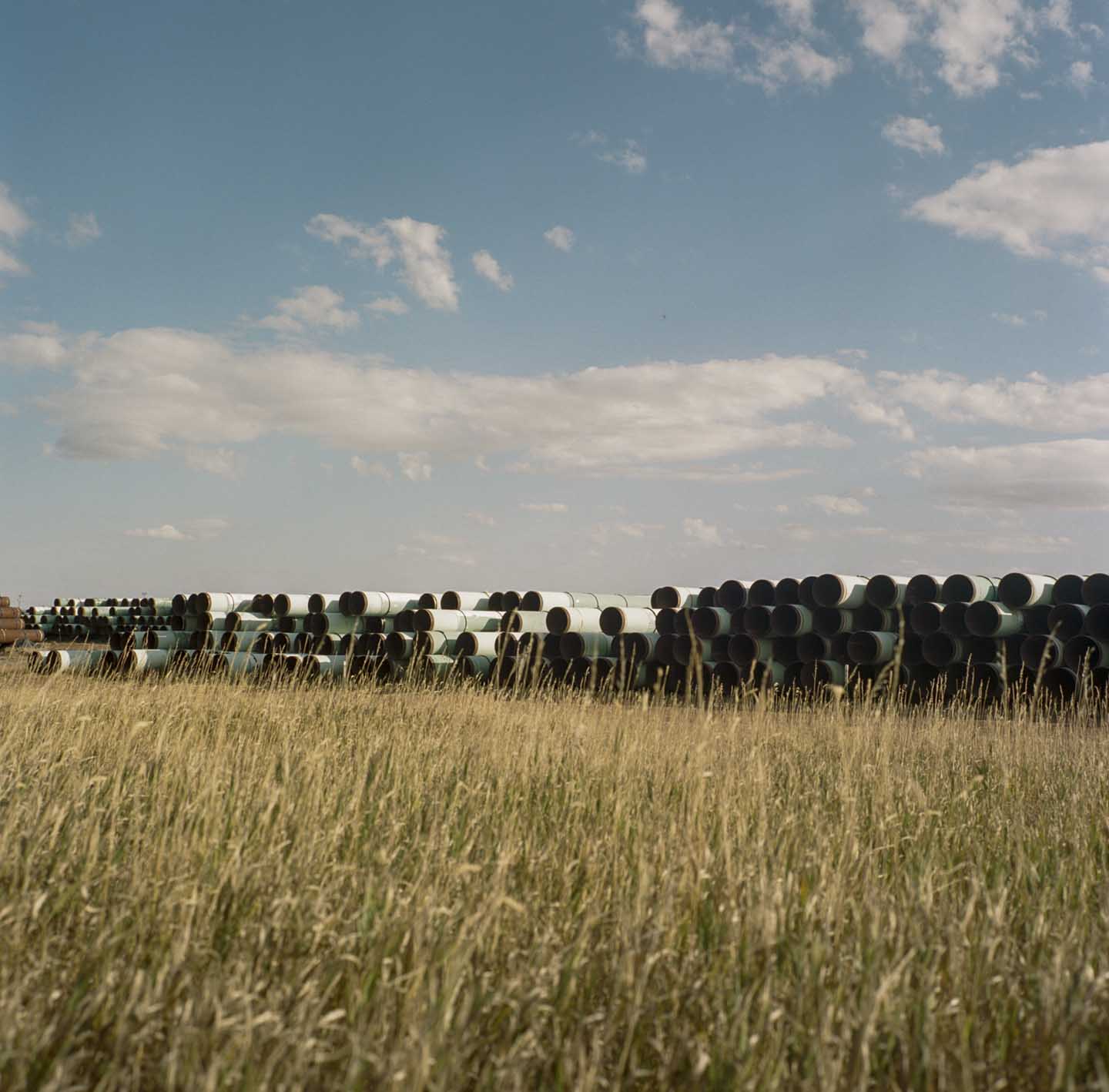 Sections of pipe that will be used to construct the Keystone XL pipeline are stored in a field near the border of Montana and North Dakota. While the actual laying of the pipe has been halted because TC Energy and its employees do not have the proper permits, preconstruction activities have continued. (Sara Hylton / Redux Pictures) 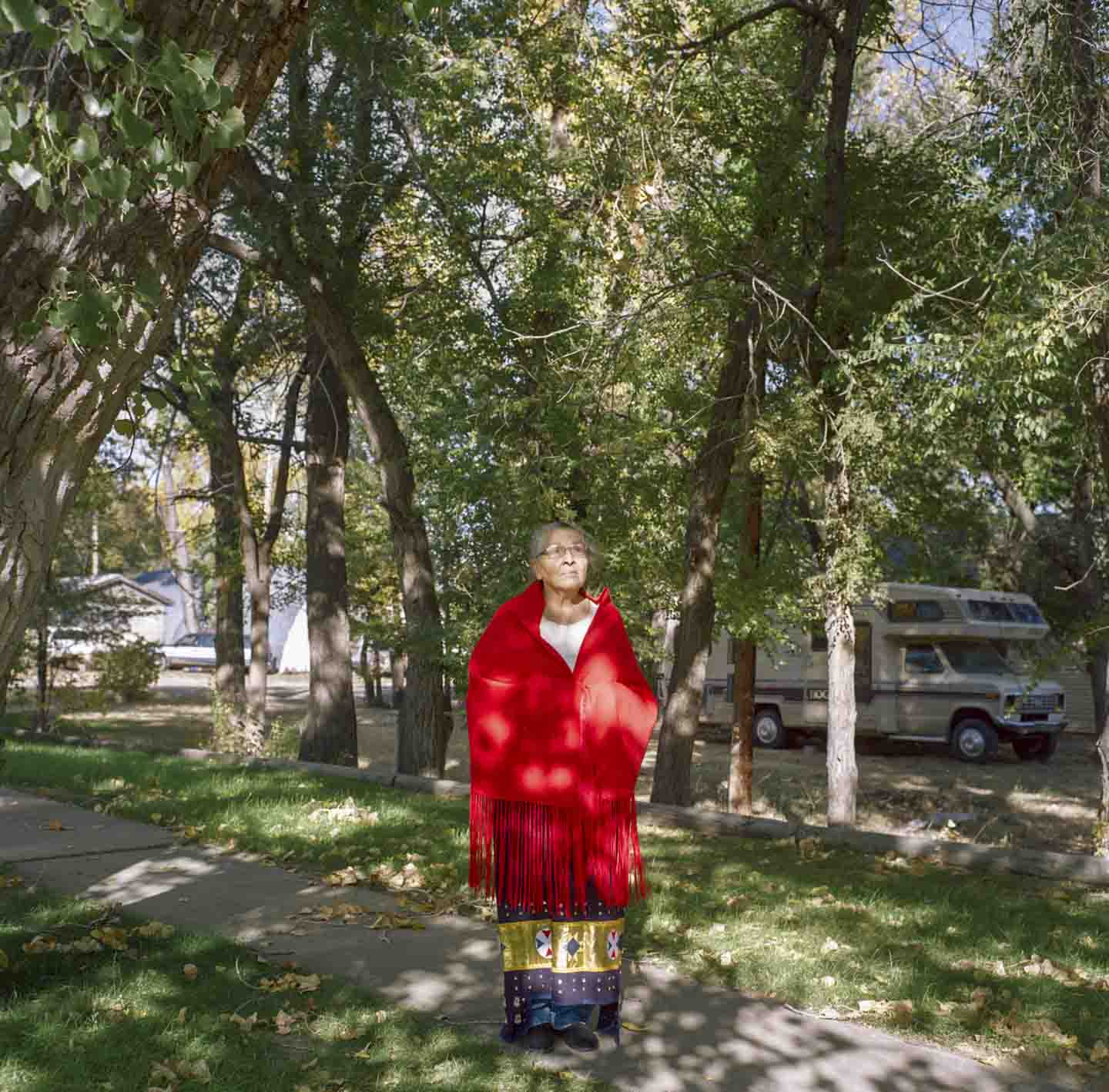 Vermae Taylor spent time in Standing Rock opposing the Dakota Access Pipeline and continues to fight against the construction of TC Energy’s Keystone XL. “They’re going to ruin the water.… [there are] tens of thousands of people downstream who depend on the Missouri.… I guess I will always be anti-KXL for as long as I live.” (Sara Hylton / Redux Pictures)

“The reality of the footprint is so much beyond what the pipeline itself is just doing. [There are] spills and leaks and those kinds of risks, but folks living there are already experiencing increased truck traffic and risks of Covid,” said Cathy Collentine, the senior press secretary of the environmental organization Sierra Club. 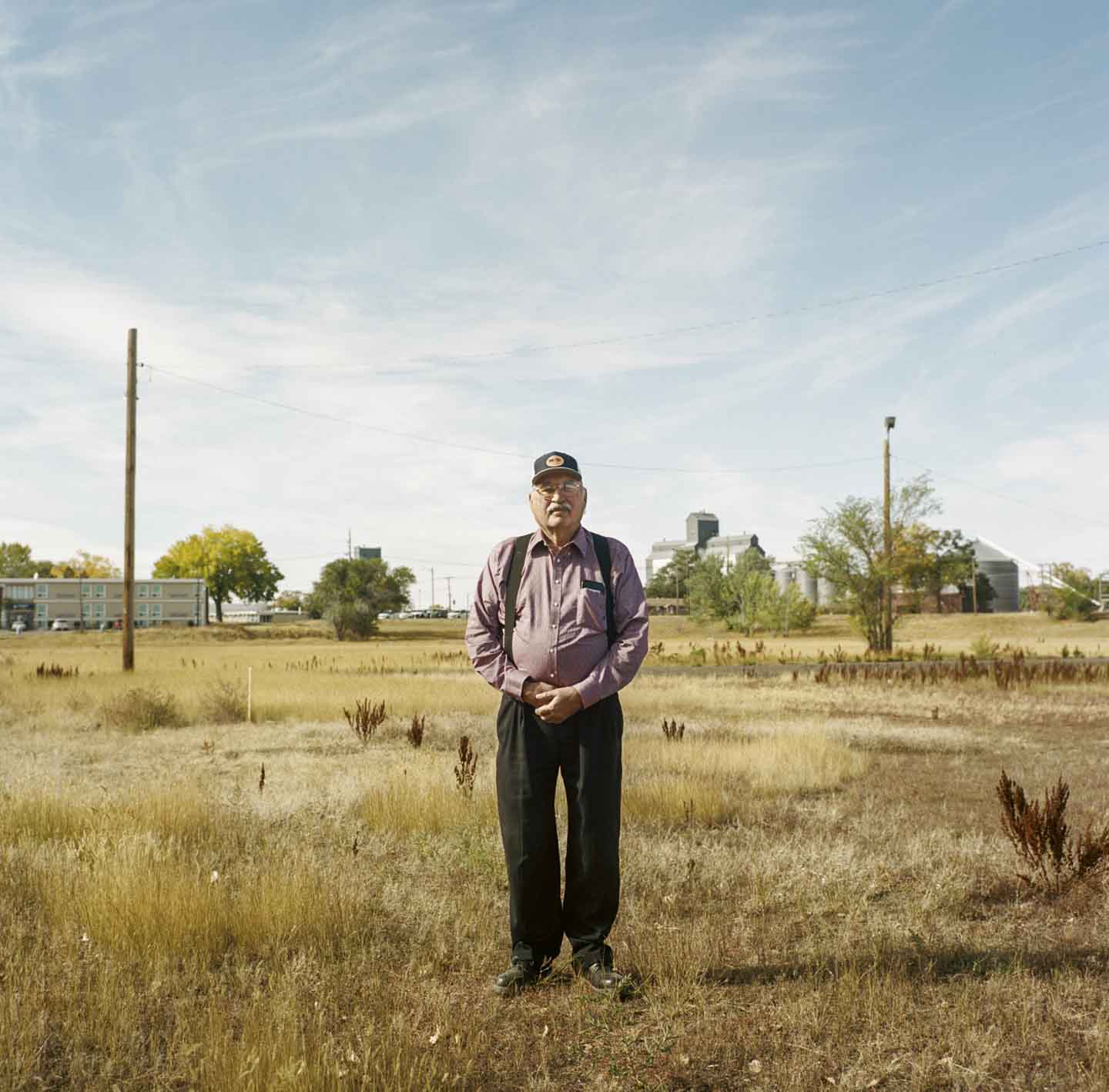 Frank Smith, a state senator running to be a state representative. “We know from history that the question is not if a pipeline spills but when,” he told a rally in Helena. “Our water system will be destroyed by a KXL spill.” (Sara Hylton / Redux Pictures)

Frank Smith, a senator from Poplar, Mt., who actively opposes the pipeline, shared similar concerns. “The vibration alone may cause a break in the pipe,” he told me. “We know from history that the question is not if a pipeline spills but when. This tar sands oil is nasty stuff that is impossible to clean up when it leaks. Our water system will be destroyed by a KXL spill. We refuse to sacrifice our water for the sake of a Canadian oil company,” he said at a rally in Billings on October 29, 2019. 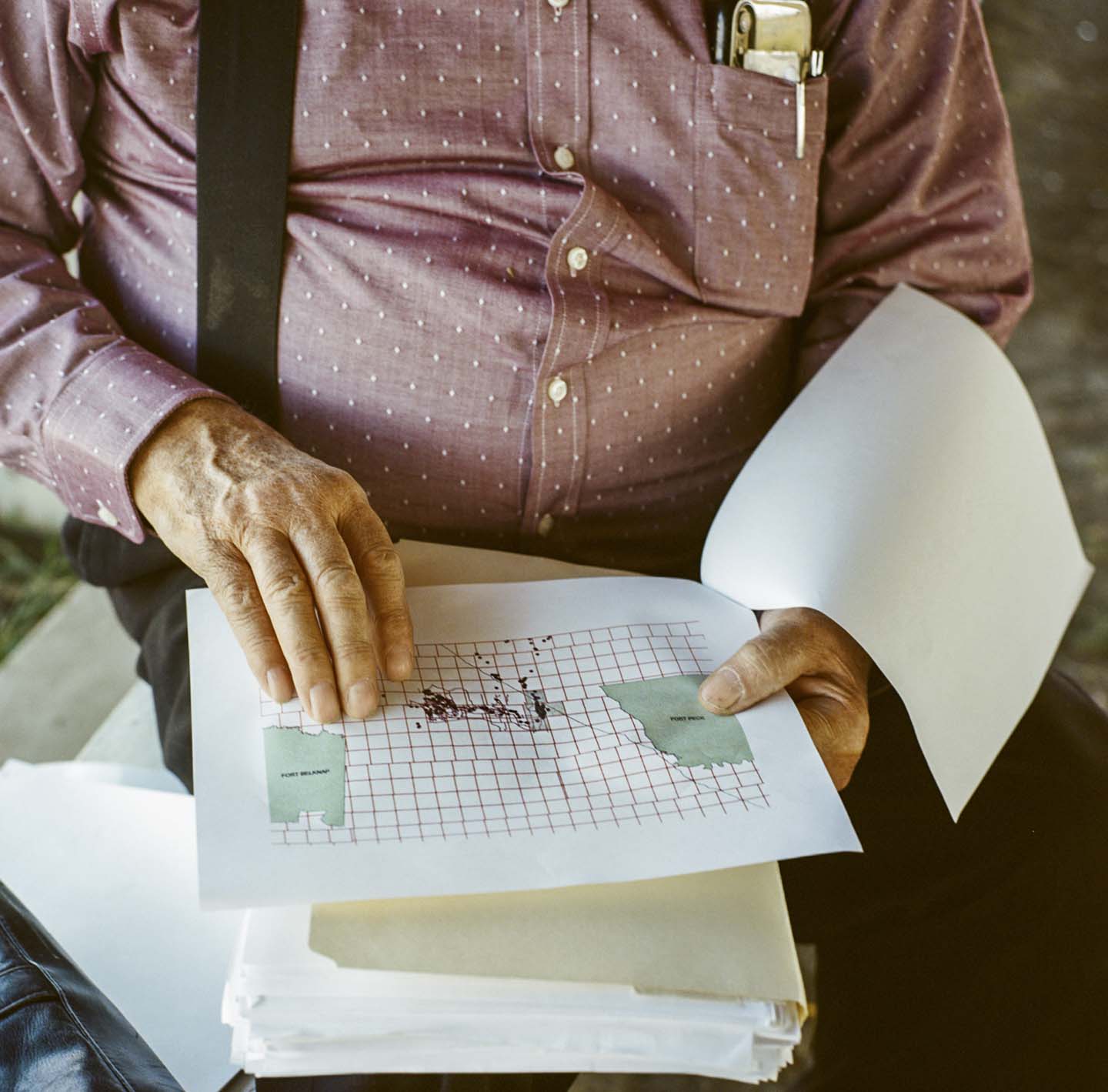 Frank Smith displays a printout of where the Keystone XL pipeline would cross in the region—the small circles are burial sites or grounds sacred to the tribes that live in the area, he said. (Sara Hylton / Redux Pictures)

In November 2015, then-President Barack Obama killed the $8 billion project, arguing that it would cause climate-change-accelerating emissions and would do little to drive the American economy. But two months after taking office, President Donald Trump signed an executive order bringing both the Keystone XL pipeline and the controversial Dakota Access Pipeline back to life. Since then, TransCanada has faced intense opposition from environmentalists, tribes, and politicians for failing to adequately assess the impacts the project will have on waterways, wildlife, and the people who live along the pipeline route.

The US Army Corps of Engineers has attempted to push through construction under Permit 12—a fast-track water crossing permit. But a federal judge, in response to a lawsuit filed in July of last year by members of the Northern Plains Resource Council and other environmental groups, prohibited the Corps from using this permit. Plaintiffs claim that the Corps violates the Clean Water Act and challenges the Endangered Species Act and the National Environmental Policy Act. “The idea that a foreign country could impose imminent domain and violate the sovereignty of another country with the support of our so-called leaders is unbelievable…. What is the benefit? A few short-term jobs and longtime destruction?” Dena Hoff, a plaintiff and member of the Northern Plains Resource Council, said to me this month. 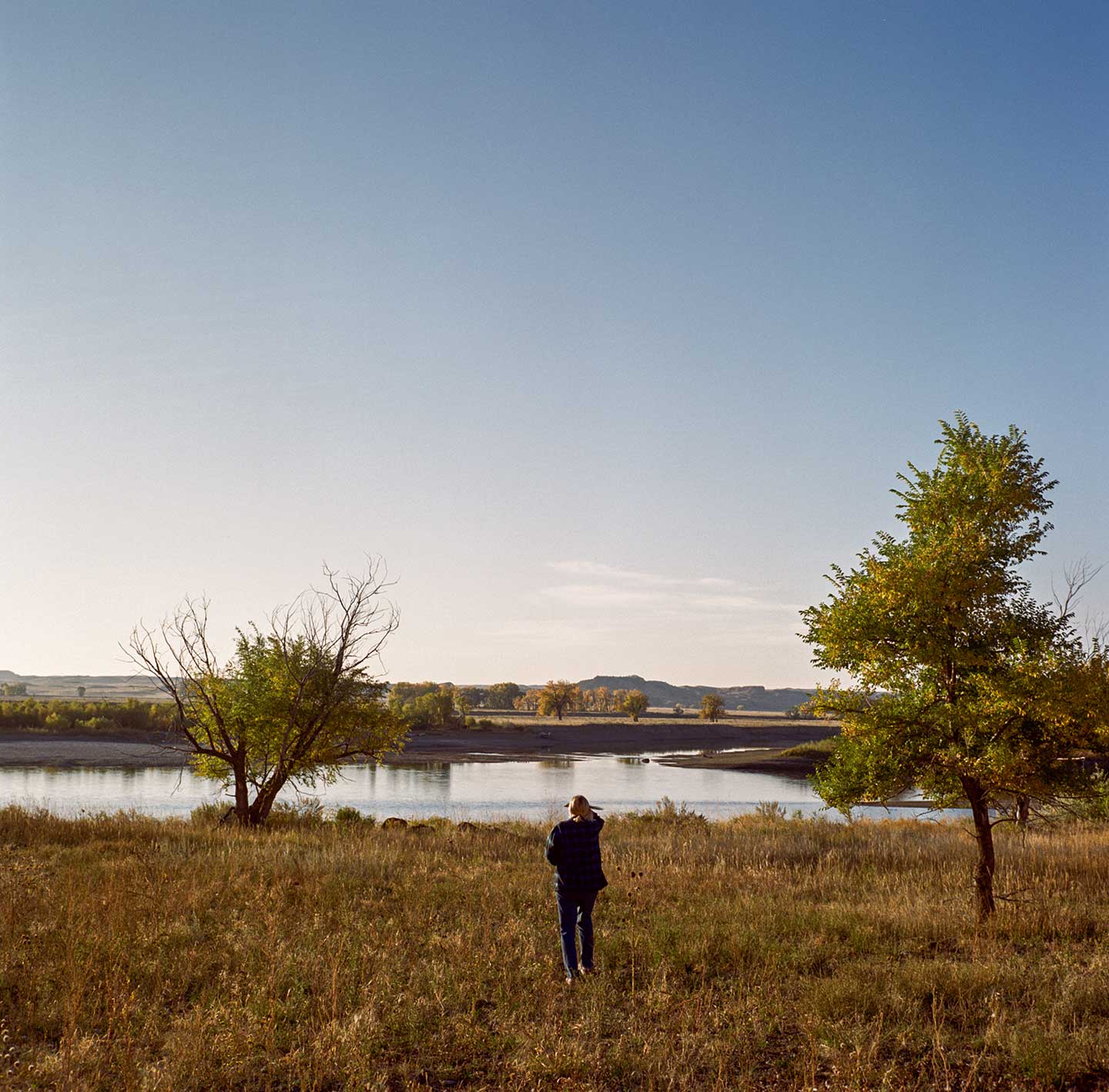 In 2015, a pipeline that crosses Dena Hoff’s land in Glendive, Mt., leaked 40,000 gallons of crude oil into the Yellowstone River, contaminating the water supply. “This river, the Milk River, the Missouri River, iconic, historic, environmentally important, economically important and they’re going to risk destroying it for what? Because Trump and his buddies are invested?” (Sara Hylton / Redux Pictures)

The fight over the pipeline comes in the midst of extreme weather patterns throughout the state: Annual temperatures in Montana have increased more than they have in the rest of the nation, and some farmers are losing crops at increased rates, which many attribute to climate change already underway. Wade Sikorski, a plaintiff with the Northern Plains Resource Council and a farmer in Baker, told me, “The thing that I worry about most is the impact [the pipeline] will have on global warming and how it will affect extreme weather events.” Sikorski fears that “extreme weather events could put us out of business in just a few decades…. basically, it comes down to food or oil,” he said. 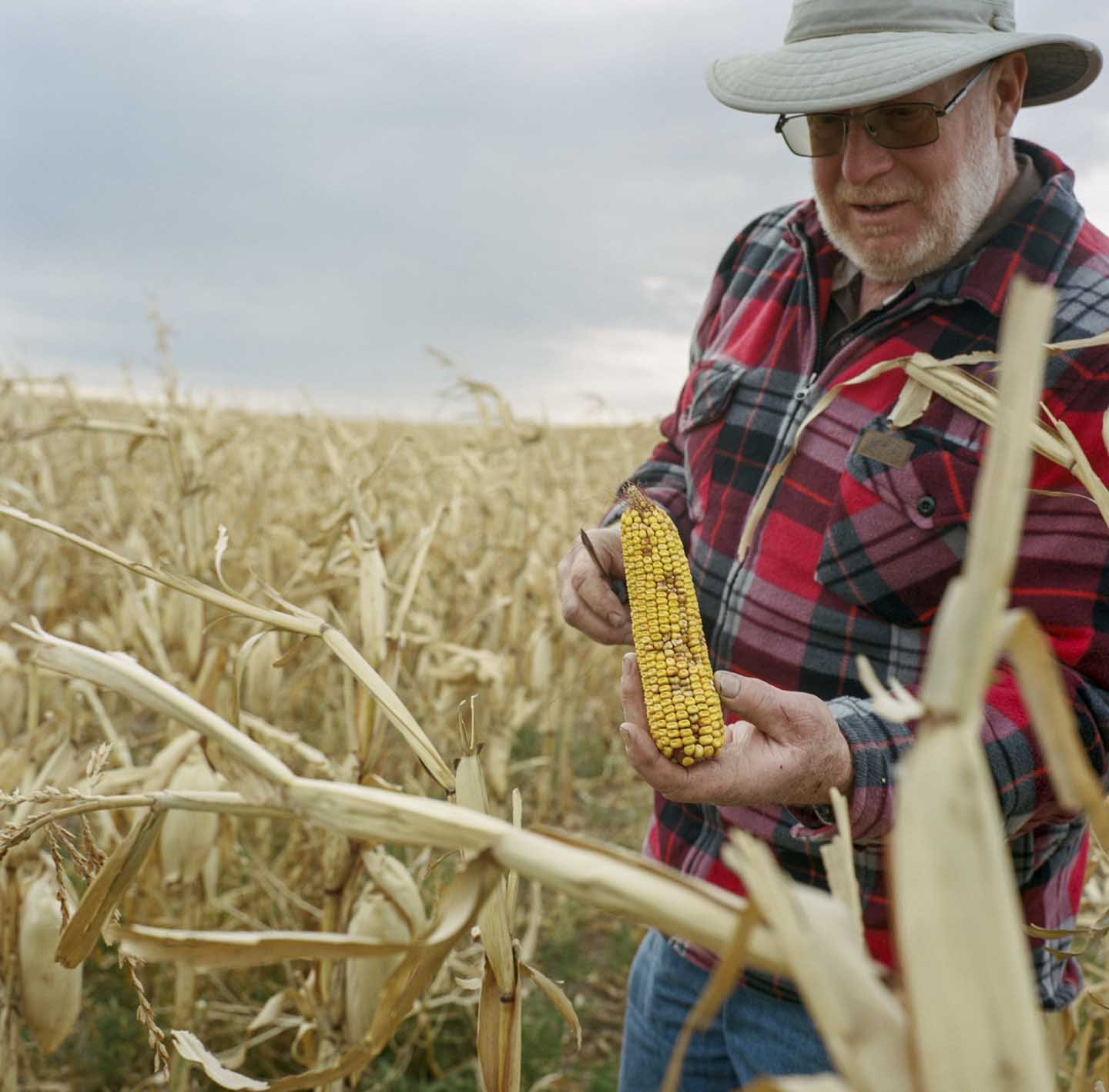 Wade Sikorski’s corn crop was partially destroyed by a hail storm. “It was the worst hail storm of my life,” he said. Extreme weather events have become more common in the region, according to Sikorski. (Sara Hylton / Redux Pictures)

Despite strong opposition to the pipeline, the northeastern corner of the state, where the pipeline will pass, is still a Republican stronghold. Frank Mehling, a rancher around Baker, opposes the pipeline, but doesn’t really favor either candidate in the presidential election. He will be voting for President Trump, however, because he believes a higher national minimum wage—a policy Joe Biden has endorsed—would put him out of business. 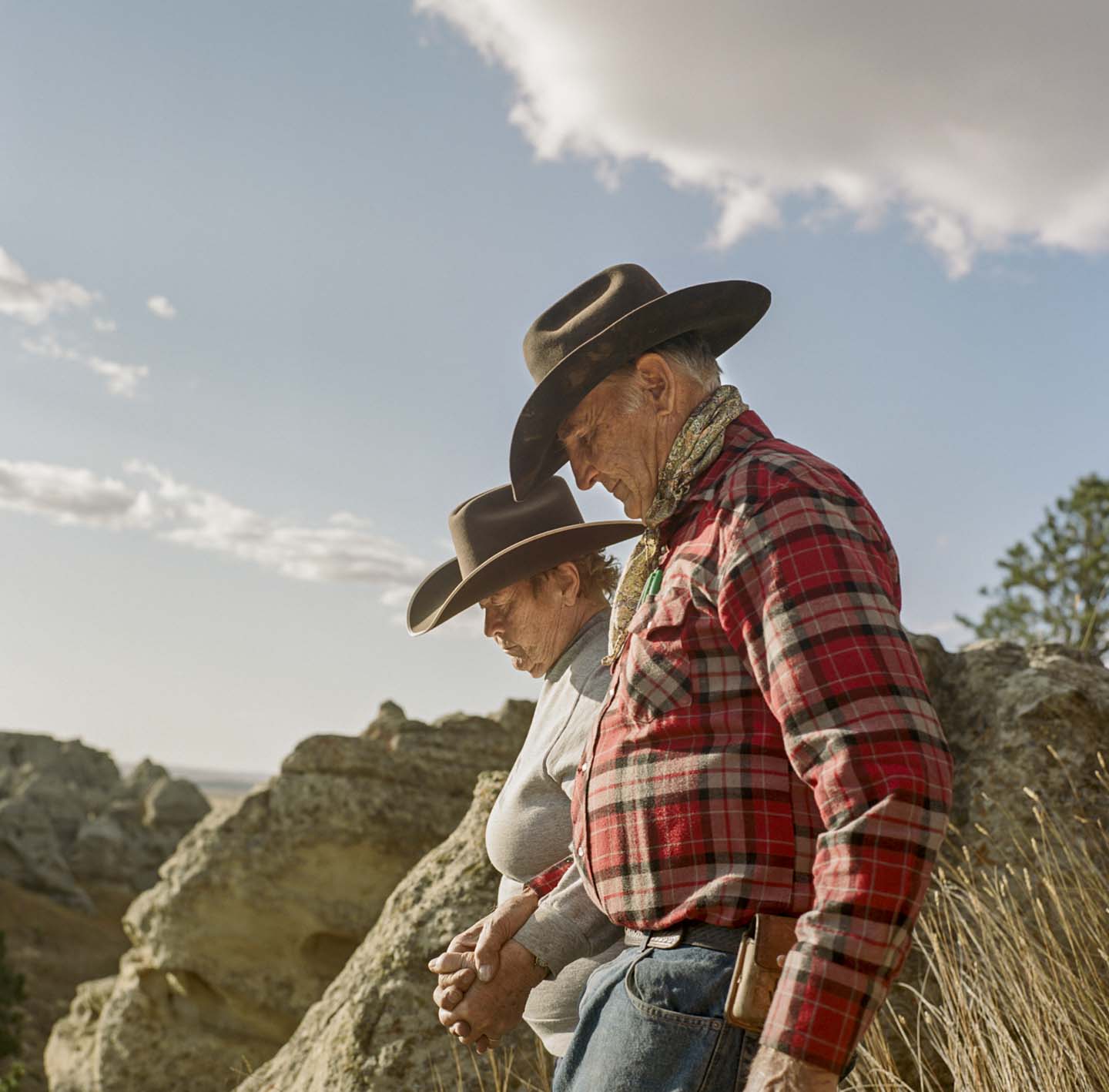 Frank and Charlene Mehling own 12,000 acres of land and all of their income is from livestock. Mr. Mehling doesn’t care much for either presidential candidate, but will be voting for Trump nevertheless. “The future worries me a whole bunch, but I guess we won’t be around much longer to worry about it.” (Sara Hylton / Redux Pictures) 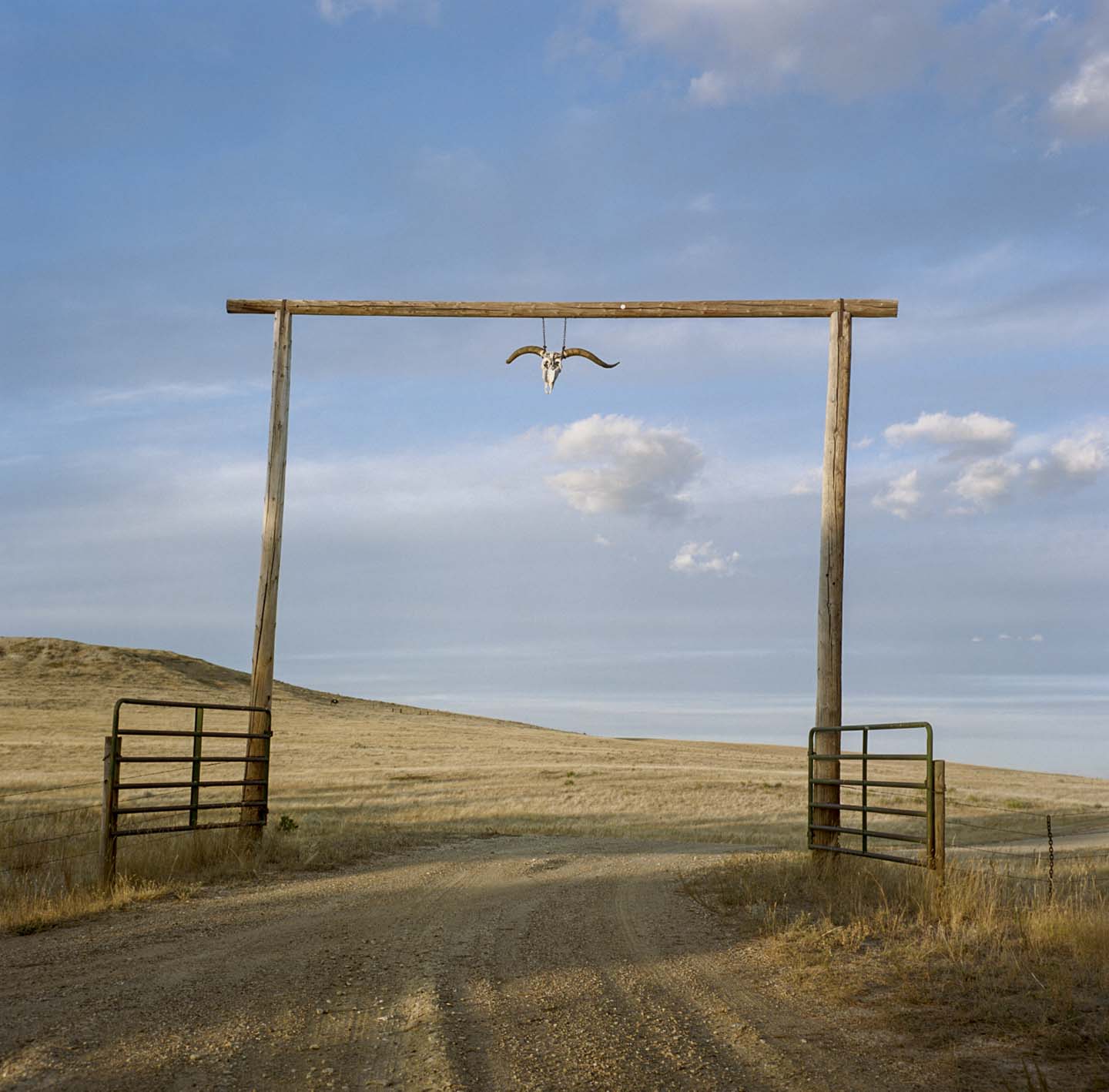 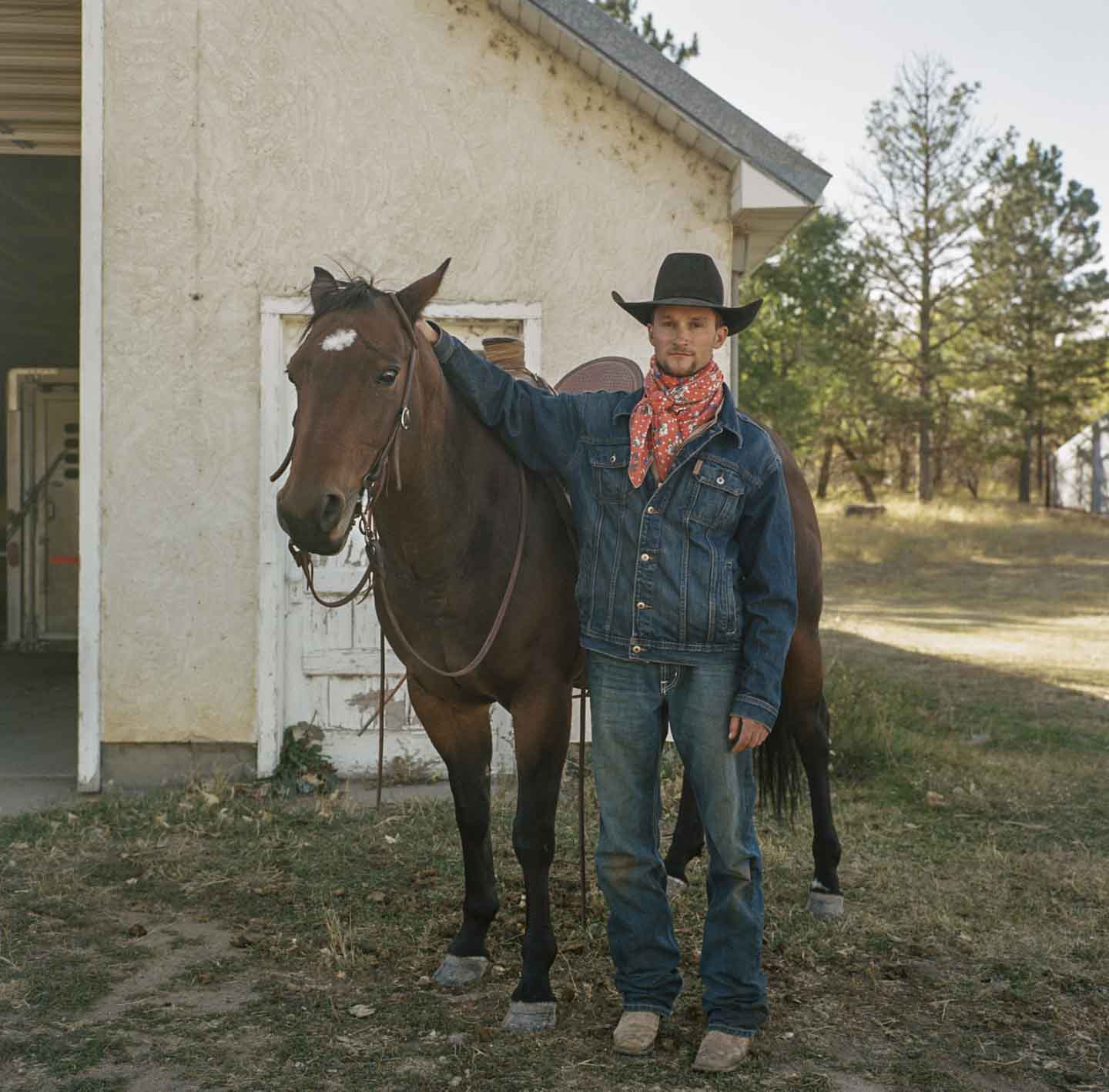 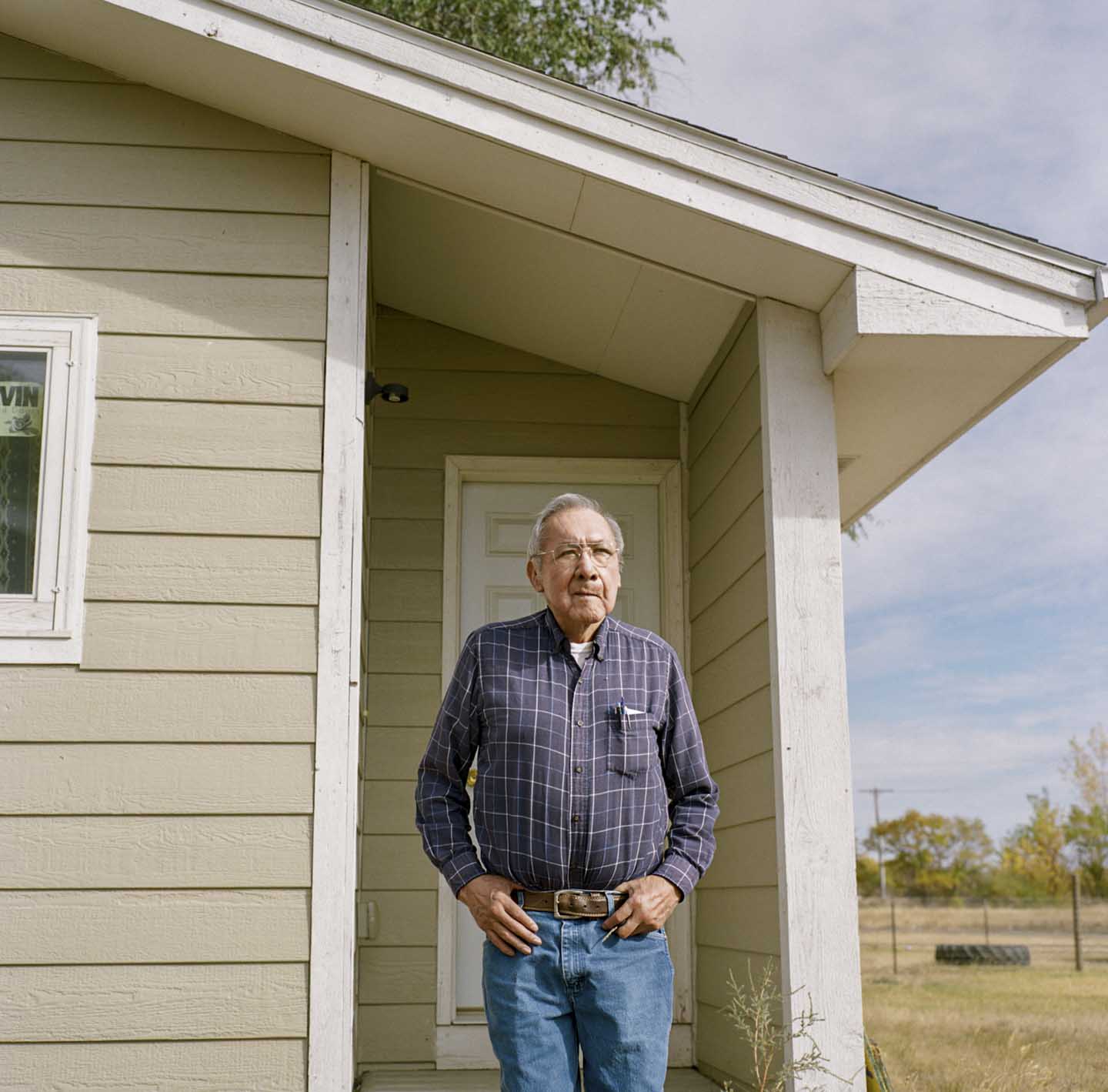 Bill Whitehead, chairman of the Assiniboine Sioux Rural Water Supply System and member of the Northern Plains Resource Council. “I’ve been involved in three lawsuits against the state,” he said. “Fighting for our rights.… we’re not like white people.… we have a responsibility for seven generations. That’s why so much of our identity is the water, the land, the air, and the responsibility for our people.… we never give up. I’m not done until I die.” (Sara Hylton / Redux Pictures)

The wrangling over the Keystone XL project has put the very future of our environment on the ballot this November. Biden has vowed to kill the pipeline—Trump will forge ahead with it. “We need elected officials who are going to be helping to pave the path forward to expedite how quickly we are going to be moving towards renewable energy…. We don’t need a Trump administration propping up the fossil fuel industry, locking us into decades of climate polluting fossil fuel infrastructure…. That has never been more clear,” Cathy Collentine told me.

Next week, Americans will decide whether they want to invest in oil or food. 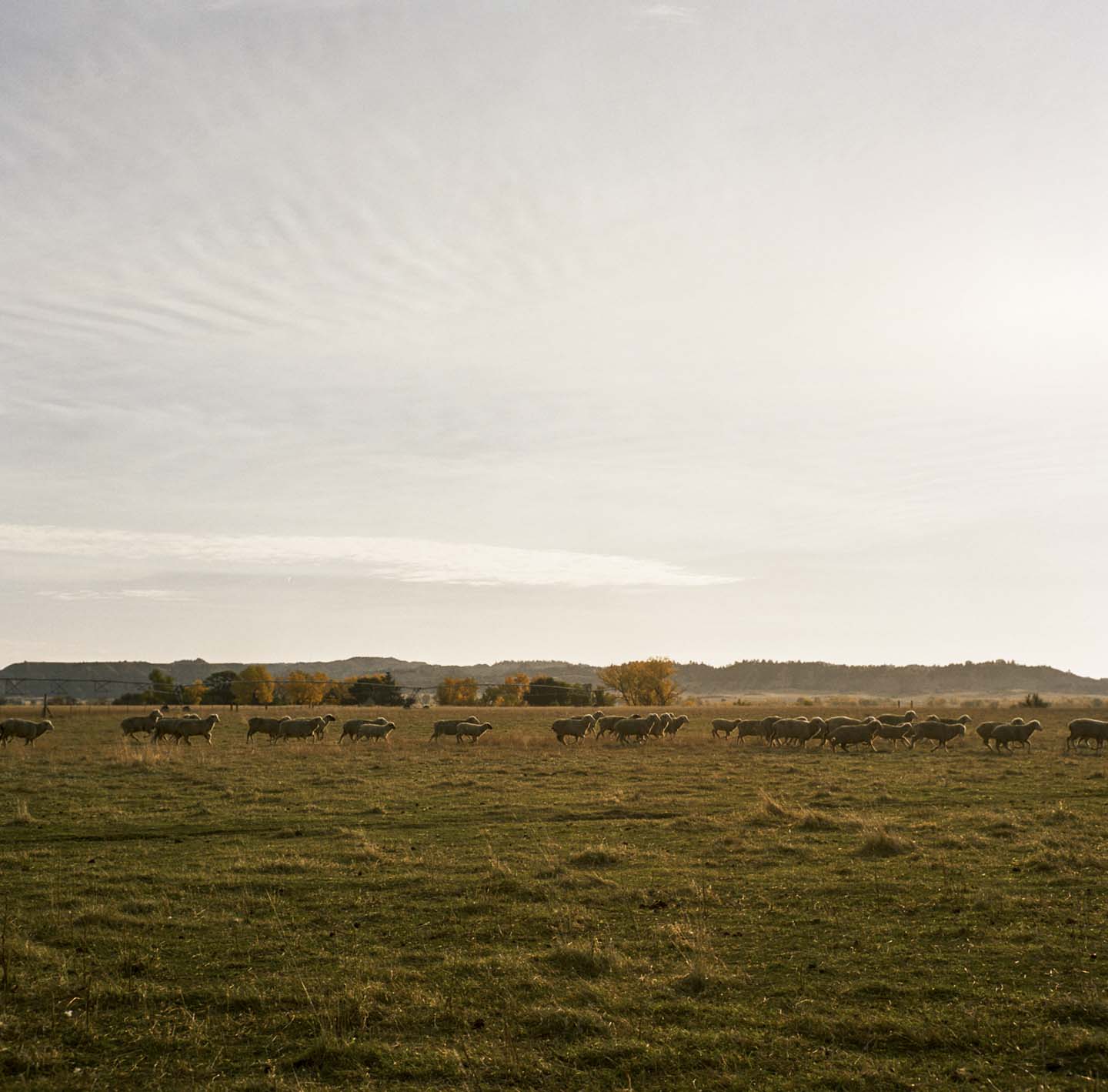