A possible future: The project camouflages itself as a landscape but reveals various ecological catastrophes.
November 9, 2020

New York–based artist David Opdyke had already been addressing climate change, among other political issues, by way of semi-monumental sculptures and bas-reliefs for a good decade and a half when, in the mid-2010s, he began to shift the polarities of his practice. He took vintage postcards of the American pastoral from the early 20th century (hand-tinted black-and-white photographic vantages celebrating local courthouses, highways, parks, dams, recreation areas, forests, or agricultural vistas) and injected them with trenchant contemporary political commentary by means of subtly compressed painterly interventions. Then for a year, starting in 2017, he reverted to the monumental, gradually unfurling This Land, an epic gridlike mural, more than 16 feet long by eight feet high, consisting of over 500 such individually treated postcards.

What from a distance at first presents itself as a single bird’s-eye view of a vast alpine vista (mountains, lakes, sunrise), upon close examination, sure enough, proves to be fashioned out of hundreds of those postcards celebrating the American dream as conjured up at the turn of the last century. But when you advance closer still, Opdyke’s myriad sly interventions within and between cards begin to reveal a harrowing nightmare vision of the potentially rampaging effects of global warming: fires, floods, droughts, tornadoes, plagues of locusts, murders of crows, butterflies adrift in the snow, a cacophony of political responses, panicked traffic jams, pipelines run amok slathered with livid graffiti, immiserated homeless encampments, Alcatraz Island given over to high-rise luxury apartment buildings (secure prisons for the rich), even an actual ark under construction. “During the months I was working on the piece,” Opdyke recalls, “I figured I was portraying the way things could well get in two or three decades if climate change continued to go unaddressed. But two years on and it’s pretty obvious the timeline has proved much, much tighter: The fires out west, the pandemic, hurricanes barreling in one hot on the next—they’re all already here now.”

Opdyke’s piece, which has been touring the country (Ann Arbor, Mich.; Grand Forks, N.D.; Chicago), will remain on view until well after an election that may constitute our very last chance to confront that looming future. This Land appears through January 15, 2021, at the Mana Contemporary arts center in Jersey City and will receive wider exposure in the form of a lavishly illustrated monograph, out this month from Monacelli/Phaidon. 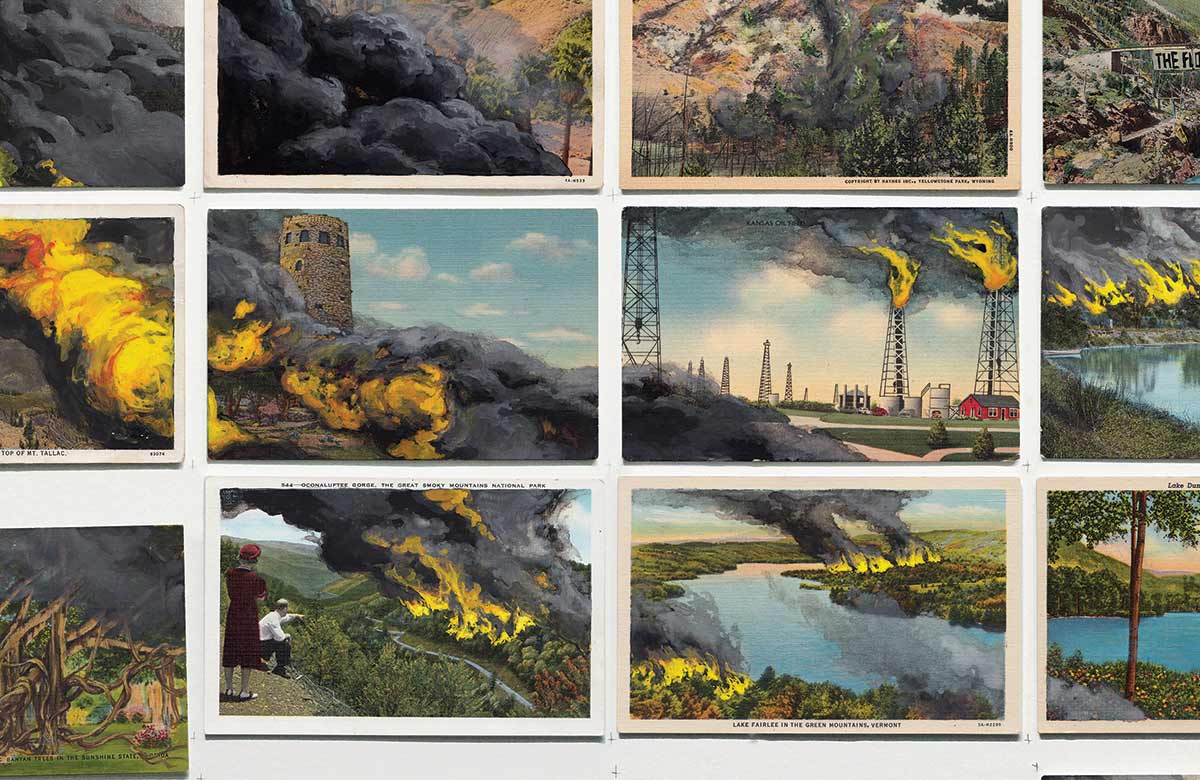 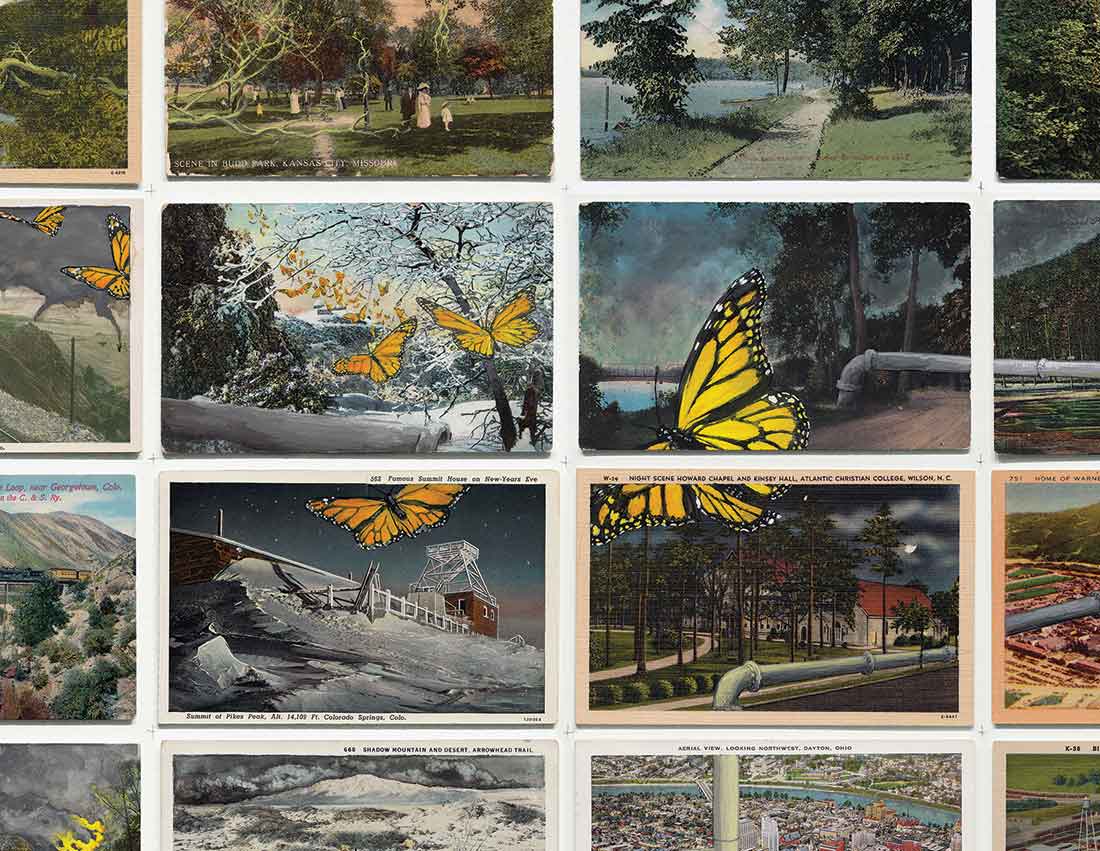 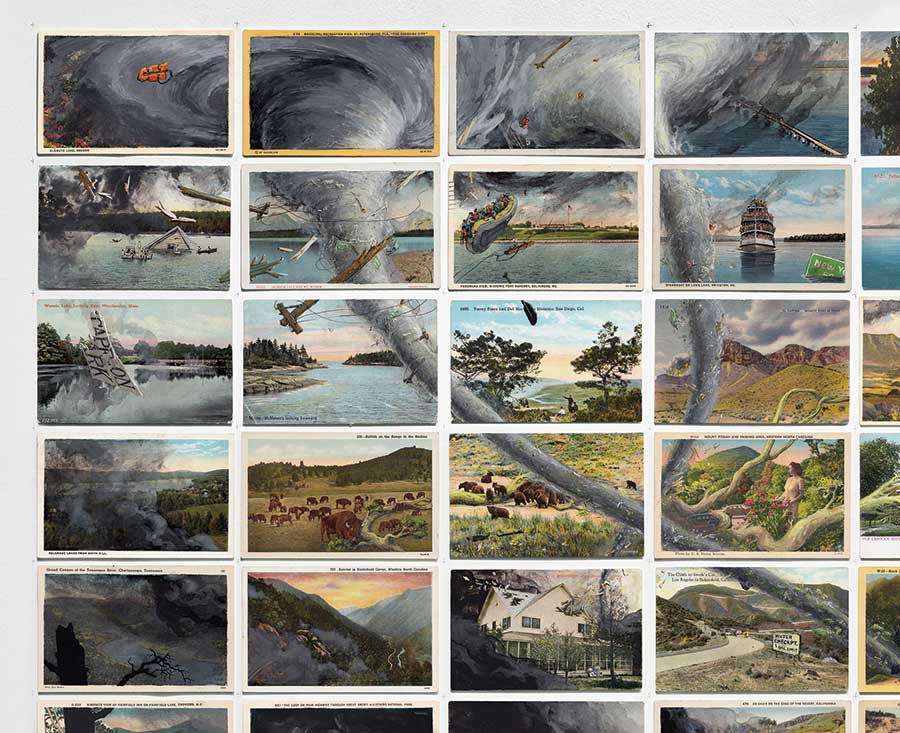 Surges and spirals: Idealized countryside and city scenes are beset by floods and tornadoes. 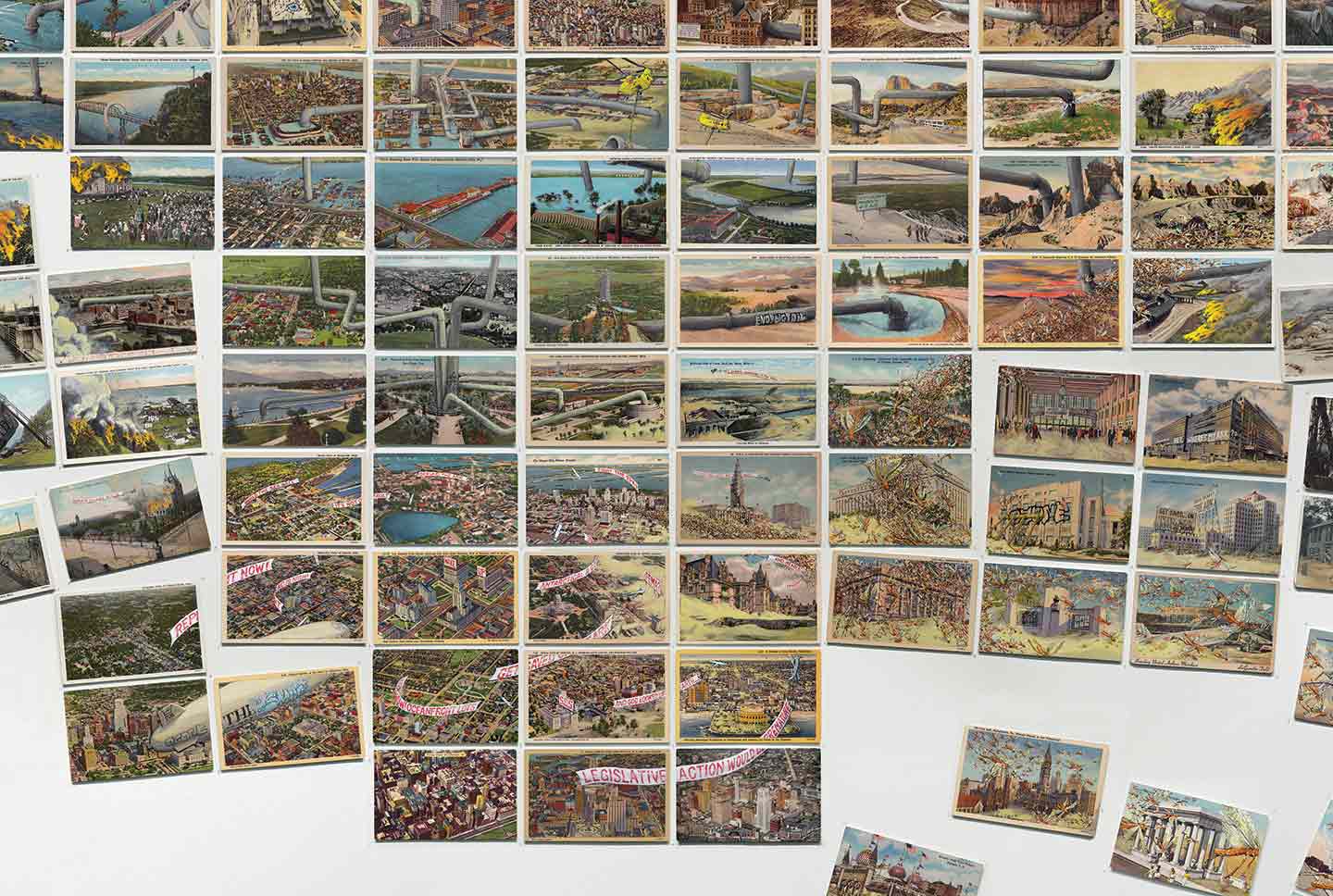