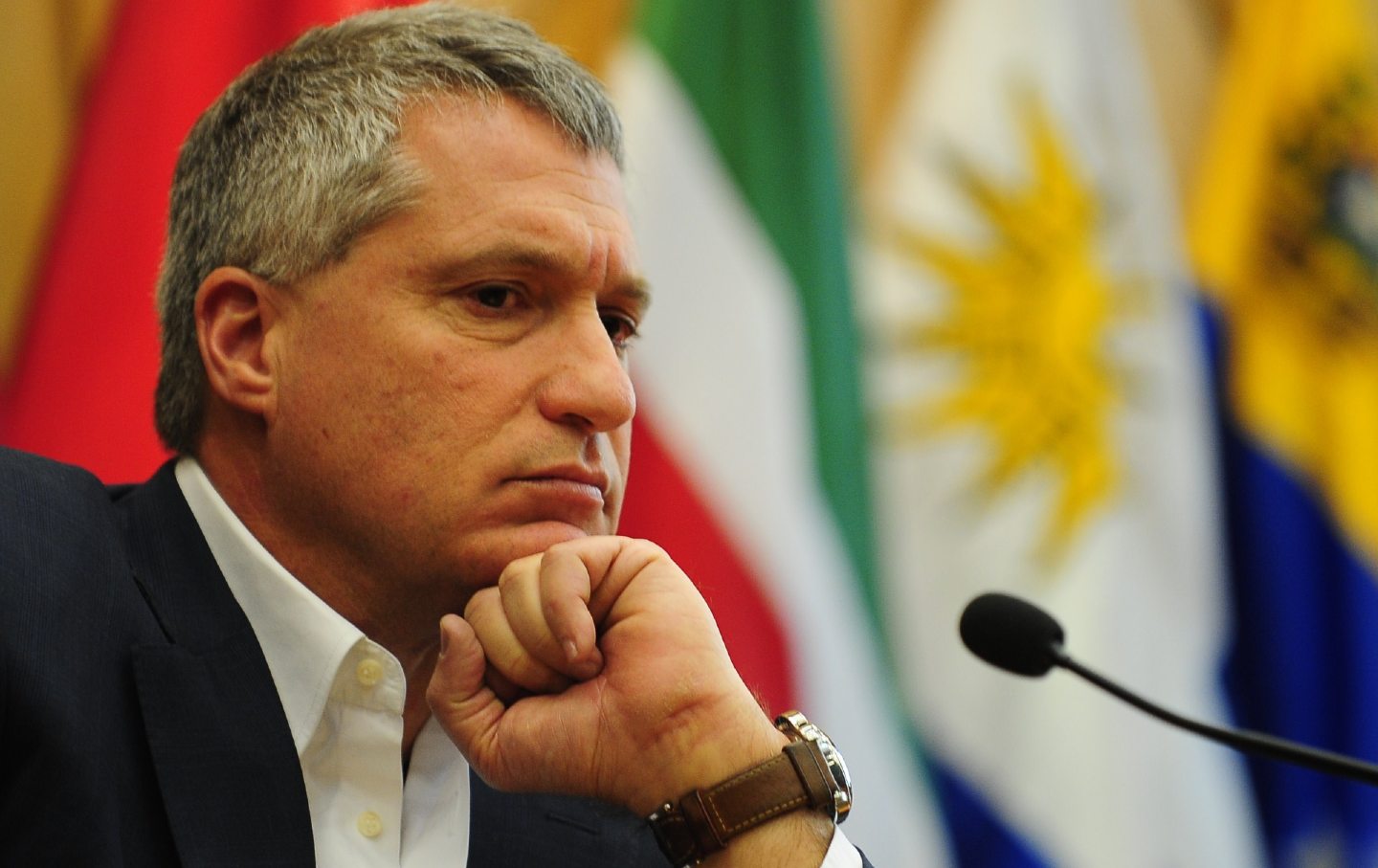 Steven Donziger listens during a press conference in Ecuador in 2014. (Rodrigo Buenida / AFP via Getty Images)

The Chevron corporation’s legal onslaught against the environmental lawyer Steven Donziger continues. The oil giant and two federal judges in New York are apparently in a de facto alliance to persecute Donziger, who in 2013 helped win a landmark $9.5 billion legal victory against the company for polluting vast stretches of rain forest in Ecuador.

Here’s the latest: Federal Judge Loretta Preska, who has already kept Donziger under house arrest in New York City for the past 10 months, on May 18 refused his request to relax his confinement before his trial for contempt, which will not start until September 9. Donziger’s attorney had asked Preska to allow him out of his Upper West Side apartment for three hours a day. Preska said no. She repeated her preposterous claim that Donziger could be a flight risk, saying, “I could be to the airport and on an airplane in three hours.”

Donziger lives with his wife and 13-year-old son. He has already surrendered his passport. And his attorney, Andrew Frisch, told Preska that her suggestion in a previous hearing that he might abscond to Ecuador is particularly unlikely now because that country is suffering one of the worst outbreaks of Covid-19 anywhere. What’s disgraceful is that the maximum jail sentence that Donziger would face if he’s found guilty of contempt is six months—less than half the time he will have already spent locked up.

It is this kind of questionable conduct from the federal bench that prompted Frisch to file an emergency motion on May 11 at the US Court of Appeals for the Second Circuit accusing Preska and Judge Lewis A. Kaplan, who has pursued Donziger since 2011, with “abuses of power and discretion.” Donziger’s supporters argue that Chevron’s own lawyers are collaborating in the effort to persecute him.

Martin Garbus, the 85-year-old human rights attorney, is part of the Donziger defense team. He says simply, “For 60 years I have tried cases throughout the United States. I have represented unpopular defendants in the South before, during, and after the civil rights movement. But I have never seen anything like this attempt to destroy Steven Donziger. Chevron and its law firms have taken control of the awesome power of government to prosecute an environmental activist and deprive him of his liberty. They have done so with the active complicity of two federal judges. It’s something I’ve never before seen in my career.” (An e-mail asking for comment from Sean Comey, Chevron’s senior adviser on corporate issues, litigation, and financial communications, was not answered.)

Meanwhile, the global support for Donziger is growing. Some 29 Nobel laureates, including nine Peace Prize winners, signed a letter calling for “a judicial remedy for the legal attacks orchestrated by Chevron against Donziger and for the defamation of his character.” More than 475 lawyers and human rights defenders worldwide signed another open letter, that called the struggle “one of the most important corporate accountability and human rights cases of our time.”

So far, the mainstream press, with the exception of The Guardian, is still silent. 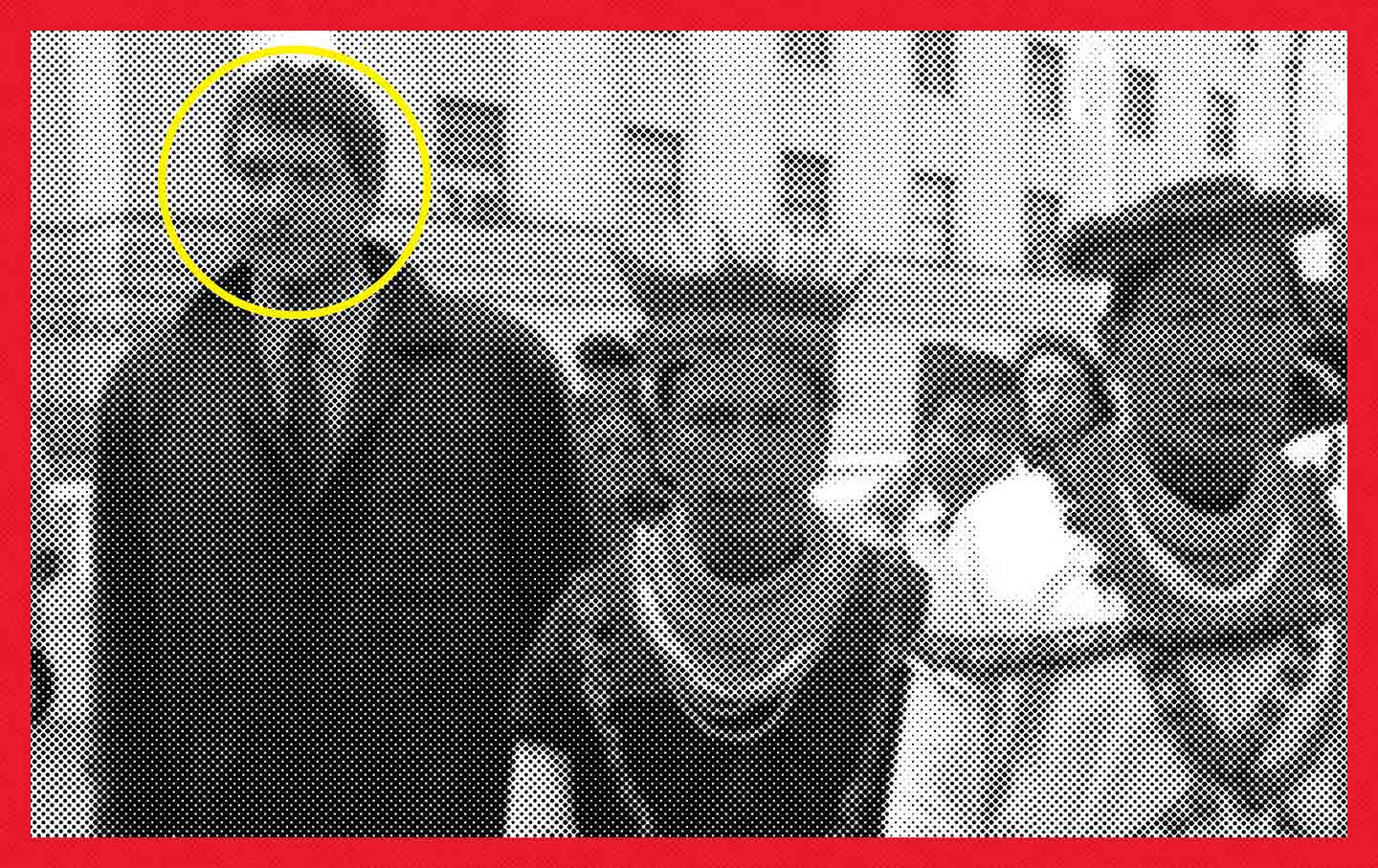 Here’s what Donziger says: “It has become clear to me in recent months that my unprecedented house arrest is the result of apparent misconduct and conflicts of interest by a number of people in the judiciary. It feels like Chevron has taken over the role of government to deprive its main litigation adversary of his freedom. That’s a terrifying prospect for me and my family, but also for everybody who cares about the nature of freedom and advocacy in our society. I don’t think it has ever happened before. I hope it never happens again.”