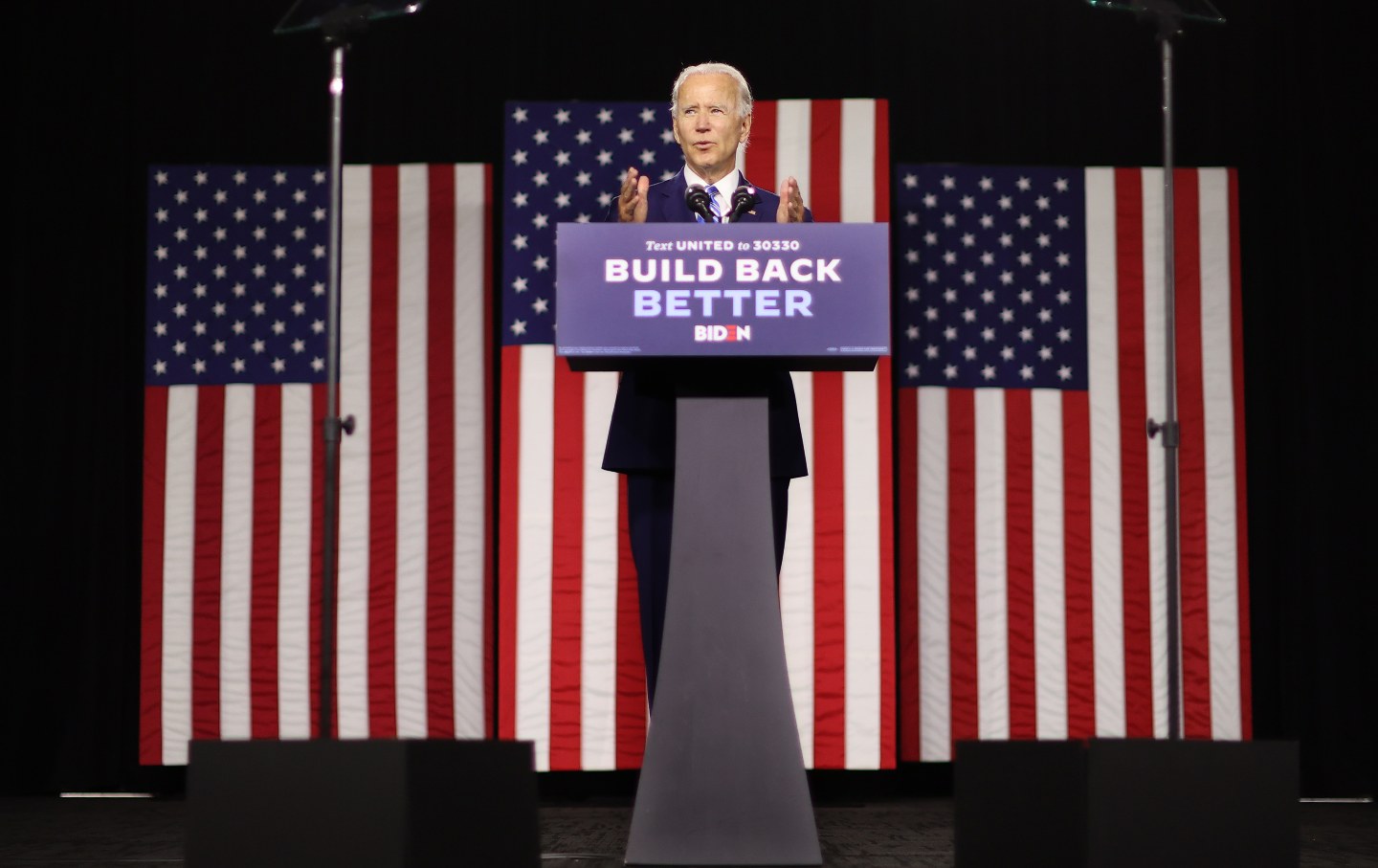 In 2008, as the economy was in free fall, Presidents George W. Bush and Barack Obama worked together with their secretaries of the Treasury, the chair of the Federal Reserve, and the president of the New York Federal Reserve and created one of the largest financing schemes in the history of the United States to prevent total economic meltdown. Part of this was the Troubled Asset Relief Program, the $700 billion package that Congress passed in response to the financial crisis. But the overwhelmingly greater part of this plan used the Fed to lend out somewhere between $7 trillion and $29 trillion in near-zero-interest loans directly to banks to keep them afloat. While this worked to save our banking system and avoid the worst possible disaster, the plan neglected to invest in rebuilding the real economy. As a result, Americans saw a grueling, decade-long recovery—if they saw any recovery at all.

In 2021, the Biden administration will face an even deeper and potentially longer recession, triggered by Covid-19—but with roots in a chronic failure to invest in vast swaths of our country. Luckily, Biden has a smart and ambitious plan for recovery: “Build Back Better.” It promises to create millions of new high-wage jobs by investing in efforts to, e.g., supply the world with electric cars, build the infrastructure to charge those cars, upgrade millions of homes to be more energy-efficient, and support and create small businesses in every community across our country. Though Biden campaigned on this plan, we’re now told that if Democrats cannot win the two Senate races in Georgia, “Build Back Better” would be all but dead on arrival.

As it turns out, Biden can directly and swiftly implement almost all of his plan to “Build Back Better” and renew the American economy without Congress—using only his presidential powers and responsibilities. A new memo sent to the Biden transition team by my colleagues at New Consensus lays out exactly how he can do so. In a nutshell, just like Bush and Obama did in 2008–09, Biden would work with his secretary of the Treasury and the chair of the Fed to make available trillions of dollars in low-interest loans. Only this time, instead of lending only to banks, the Fed would make long-term, productive investments to help small businesses struggling because of the pandemic, modernize existing industries, and build the industries of the future.

This may sound unusual to some, but would in fact be returning the Fed to its original mission as a network of regional development banks. This is how we spur the next generation of start-ups in everything from electric vehicles to artificial intelligence, creating millions of high-wage jobs, just as Biden has envisioned in his plan to “Build Back Better.” Further, since this money is provided in the form of low-interest loans to businesses, as the economy recovers and businesses prosper, the Fed will make its money back—with interest.

In many ways, the Fed has already begun this transition through its new Municipal Liquidity Facility and Main Street Lending Programs. However, these programs, in their current form, are hamstrung by being based entirely in the New York and Boston Feds. Not only are the New York and Boston Feds too short-staffed to handle the volume required by “Build Back Better,” but they are at a severe informational and tactical disadvantage compared to, say, the Dallas Fed in knowing how to develop the Southwestern economy, the Atlanta Fed in knowing how to develop the Southeastern economy, and so on. In addition to working with the chair of the Fed to extend trillions of dollars in loans to businesses, Biden’s administration should work with the chair to turn the Fed into a true system of regional development banks, with each regional Federal Reserve Bank given the discretion, finances, and responsibility for developing its local region.

Our plan requires the Fed to lend productively to help the real economy recover, not just lend money to banks and large businesses that are interested in speculative trading to make a quick buck or stock buybacks to prop up share prices. The details of where that productive investment should go can also be managed directly through a Biden administration without the need for congressional authorization or approval. Specifically, the Biden administration should create two new bodies within the executive branch: a National Development Council, which Biden could form from relevant cabinet members and other officials, with the mandate of converting Biden’s “Build Back Better” plan into an executable national economic development strategy and a National Development Bank, housed in the Treasury, which could contract federal agencies like the Army Corps of Engineers to fund projects that are more public in nature such as nationwide infrastructure upgrades.

Just as Bush had the ability to bail out Wall Street in 2008 without waiting on the Senate, and just as Trump has been able to redirect defense money to his “wall” and pump money into the stock market without waiting on Congress, Biden has a path to rebuild and upgrade the entire American economy starting on January 20, 2021, regardless of the results of Georgia’s dual Senate runoffs. By providing the Fed with an actual plan for making money directly available to Main Street instead of just Wall Street, Biden can have not just a faster recovery, he can also show the American people within his first two years that he is fighting with every tool at his disposal to create a booming, high-wage, and more sustainable economy that is building the industries of the future. Will Biden lead the charge?