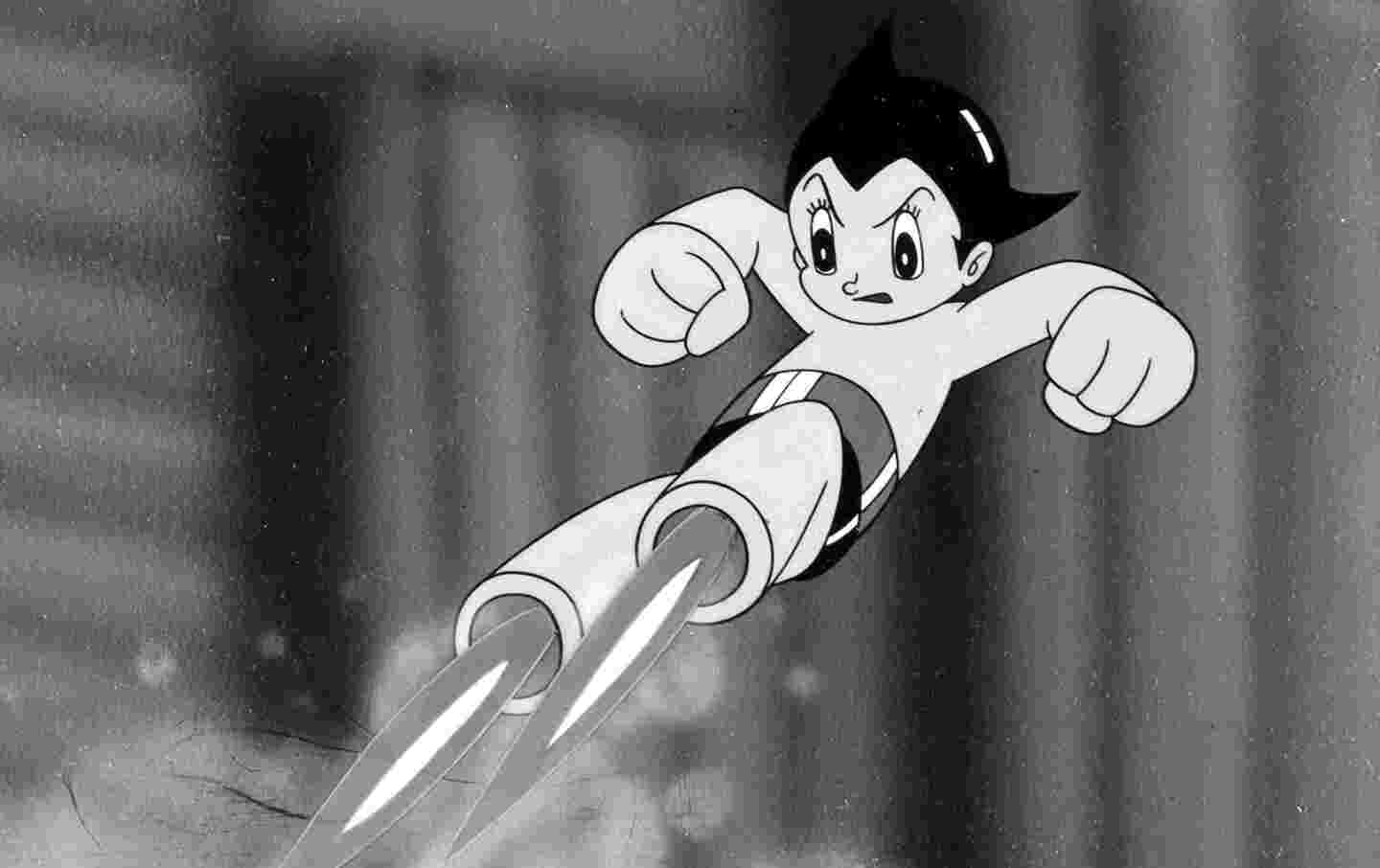 It will be another year before our 9-year-old considers reading J.R.R. Tolkien, and our 12-year-old is holding out on Marcel Proust and Franz Kafka.

Blame it on Jujutsu Kaisen.

Together my children have more than 300 volumes of One Piece, Naruto, Astro Boy, and other assorted manga and comics. I drop Kafka’s collected fiction among the archipelago of comics on their bedroom floor. It is meant as an inconspicuous reading suggestion. Two days later, it is in the same location, untouched. If I only possessed a fraction of their characters’ superpowers, I would bend space and time to have a second chance at convincing them as to why they may actually like The Metamorphosis. “Dad, what I’m reading is epic,” our 9-year-old says. “But Kafka is epic too,” I remind him. “You’d love his sense of the sardonic.”

“Boring,” he replies, and taps his Kindle, his face lit up by a febrile page from Eiichiro Oda’s One Piece series featuring two pirates. It depicts dim-witted Luffy, the manga poster boy for elasticity, battling his antagonist, a depraved buccaneer named Buggy. Could it be that this all-consuming manga is his response to Madame Bovary’s ennui? 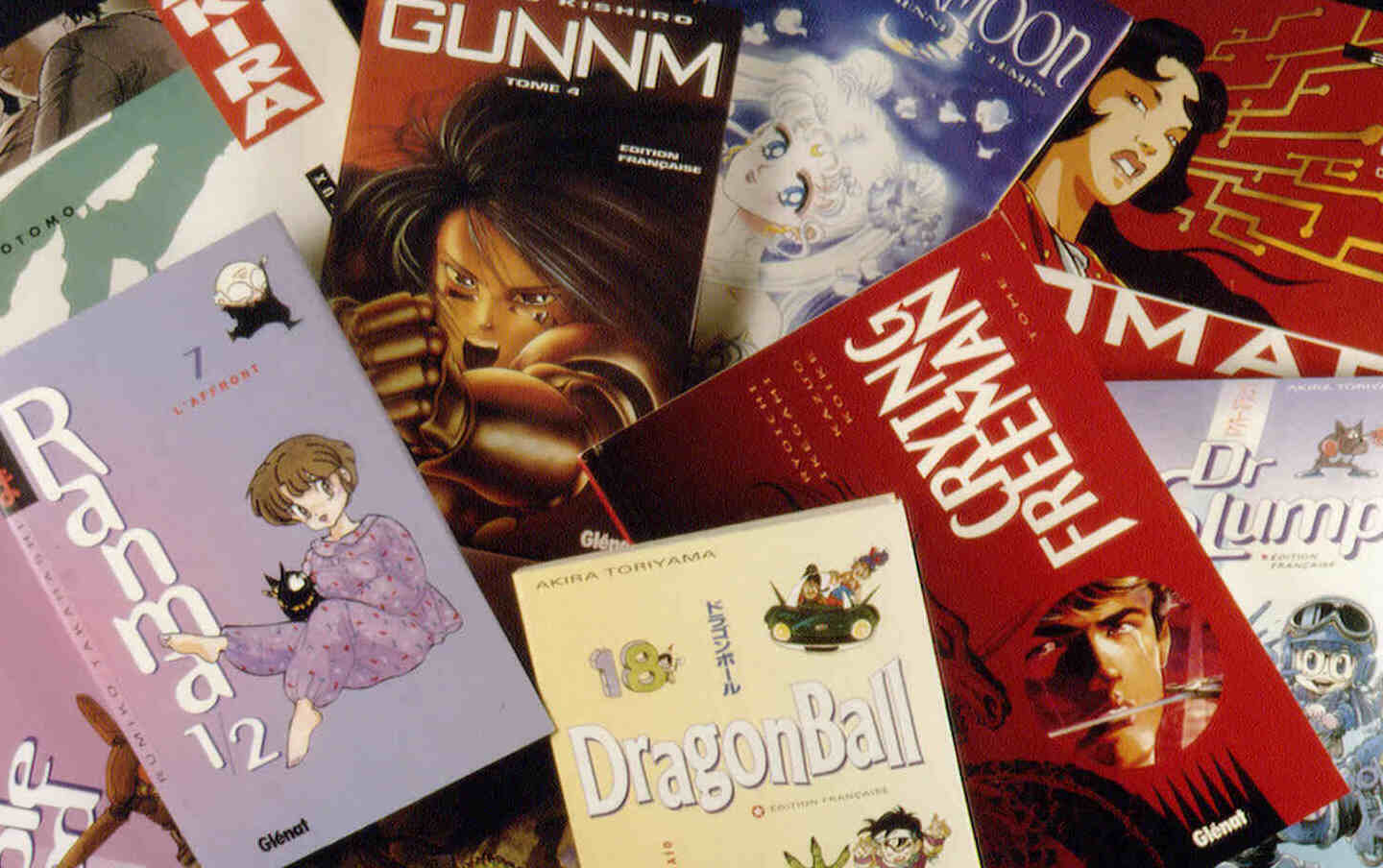 The writing was on the wall when our 12-year-old accompanied me to Angoulême, which is a two-hour-20-minute train ride from Paris, and a cradle for connoisseurs of comics. This is where Wes Anderson’s The French Dispatch was filmed, long after Angoulême’s paper industry collapsed. Every year, this quiet provincial town attracts more than 200,000 visitors to the banks of the Charente river to participate in an international comics festival. This year, attendance was down by a quarter because of the Omicron surge, which postponed the festival by two months.

Promoting at times a more highbrow understanding of what comics should be, the Angoulême International Comics Festival has embraced works by graphic novelists from around the world. During our four-day trip, we attended exhibitions in honor of the field’s towering giants, such as Chris Ware, René Goscinny, and Albert Uderzo, the creators of Asterix, and yet my son spent most of his time marveling at the shapeshifting animals that inhabit the panels of Shigeru Mizuki, the creator of Kitaro. Perhaps the yokai, a class of supernatural spirits in Japanese folklore, had taken over the festival’s 2000-square-meter pavilion, named Manga City. We returned with 17 comic books, most of them manga, the undisputed juggernaut of the publishing industry.

The idea of a centuries-old manga lineage is often linked to the 12th-century “Scrolls of Frolicking Animals,” and yet to view it in a uniquely Japanese context is to overlook the influence that American comics have had on contemporary manga.

In the 1920s, the tabloid Asahi Graph began to publish George McManus’s comic strip Bringing Up Father in Japanese. The paper ran the strip for 17 consecutive years, and it became the most successful narrative manga in Japanese history before the Second World War. This and other translations of American comics were frequently labeled “American manga” (beikoku manga). In the 1920s and ’30s, the importation of American comics like Mickey Mouse and Krazy Kat influenced the trajectory of modern narrative manga in Japan.

And yet manga’s dominance today stands to chasten Asterix himself. One in four books sold in France in 2021 was comics, representing €900 million in sales, and a majority of those 85 million copies were manga, according to the consulting firm GfK. There was a surge in anime binge-watching during the long stretches of Covid lockdown that drove record sales in 2020 and ’21. The highest selling series in manga are highly correlated to the most-streamed anime. When not watching, reading, or downloading digital manga, our 9-year-old invests part of his weekly allowance on T-shirts featuring Kakashi from the Naruto series.

Manga has also taken superhero strides in the United States. On July 22, Moto Hagio, a Japanese mangaka published by Fantagraphics Books, and considered to be the mother of shōjo (manga aimed at adolescent girls and young women), was inducted into the Will Eisner Comic Awards Hall of Fame at Comic-Con San Diego. Last year, manga made up 76.1 percent of overall graphic novel sales in the adult fiction category in the United States, according to NPD BookScan. Dedicated manga sections at retail outlets such as Walmart and Target in the United States and Canada have propelled part of this growth.

“The pandemic oriented people toward Netflix but also toward books,” says Franck Bondoux, who heads Angoulême’s international comics festival. “In France, bookstores were considered essential commerce and remained open during the second wave of Covid. People turned to books for culture, and manga benefited from this trend too.” Our interview took place on 71 Rue Hergé, named after the creator of Tintin. The festival’s administrative headquarters is located a stone’s throw away from the Belgian artist’s gilded bust, and yet here was our 12-year-old, ensconced in a bean bag, floating on poly foams behind me reading Jujutsu Kaisen, longing to go back to the manga pavilion. We went every day.

This is not to suggest that the hegemony of manga has come at the expense of highbrow comics that wrestle with thorny autobiographical and political issues. While more subaltern voices have embraced the graphic novel form, American comics have historically addressed the burning issues of their day. Today, “a greater proportion of comics are more political,” says Karen Green, curator for comics and cartoons at Columbia University. “Many more marginalized voices are getting a platform.” 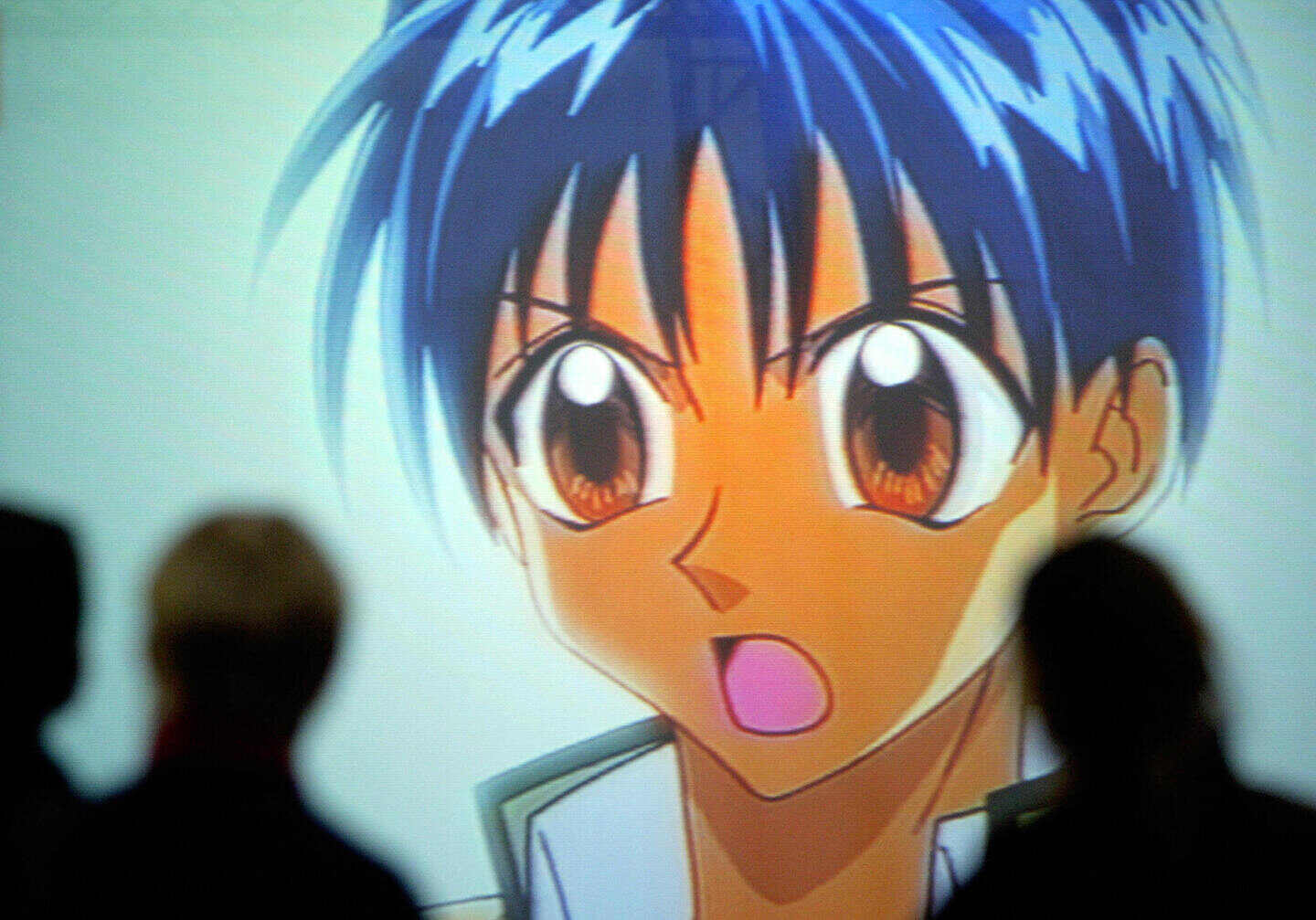 Visitors of the Leipzig book fair walk past an advertisement of a manga comic strip on the fair's opening day, March 17, 2005, in Leipzig, eastern Germany. (Sebastian Willnow / DDP / AFP via Getty Images)

Just as the importation of American comics influenced Japanese artists in the 1920s and ’30s, manga’s impact on Western comics in recent decades has been pervasive. Politics, too, have been ingrained in manga. Osamu Tezuka’s defining work, Astro Boy, which fused the cartoons of Disney with the daring of American superheroes, was unequivocally anti-war, a theme that Tezuka wove into his work after experiencing the devastation of World War II.

And yet comics, in form if not in theme, are more variegated than ever. “We’re seeing the emergence of a new type of storytelling which combines drawing and journalism,” says Anne Simon, a French graphic novelist and author of Boris the Potato Child.

Simon grew up in a family with a large collection of comics fusing journalism and politics. Among them was the Journal La Gueule Ouverte or The Open Mouth, which broached weighty political and environmental themes with caustic wit. While the yokai are not a primary source of inspiration in her work, she grew up watching Japanese anime, in particular the series Lady Oscar, based on Riyoko Ikeda’s manga.

One manifestation of the growing importance of reporting in comics was reflected in the composition of the jury at the Angoulême festival. Le Monde journalist Florence Aubenas stepped down from the jury days before the start of the festival to cover the war in Ukraine. The festival’s creative director, Sonia Déchamps, expects comics journals such as La Revue Dessinée to cover the war because “we have to try to explain the situation.” The September 2022 issue documents how Russia procured equipment from France to modernize its tanks, choppers, and fighter jets, as early as 2020.

Cartoonist Tom Gauld is another example of this vibrant bifurcation. In one trenchant comic strip in his Baking With Kafka, Gauld depicts the last-minute changes to a politician’s speech. “How’s your speech coming along, sir?” asks the aide. “Almost done,” he responds. “I’m just trying to decide whether to end on the misleading statistics, the gross oversimplification, the glib soundbite or the blatant lie.”

“In the UK, when I tell people that I am a cartoonist, they often assume that I draw political ones for newspapers of the ‘prime minister with the big nose’ sort,” Gauld tells me. “I think those satirical political cartoons don’t have the same power today perhaps because we read less newspapers and see more images.”

The power of the image, of course, can be particularly propagandist and political. In his retelling of traditional ghost stories, Mizuki, who helped propel anime to global popularity, was also a chronicler of the horrific scenes he witnessed as a soldier in the Second World War, to which he lost an arm. Part of his illustrated biography is now being read by our son alongside Kitaro and Baking With Kafka, so I may have to hold out another year or two before he warms up to that other shapeshifting cockroach in Kafka’s The Metamorphosis.