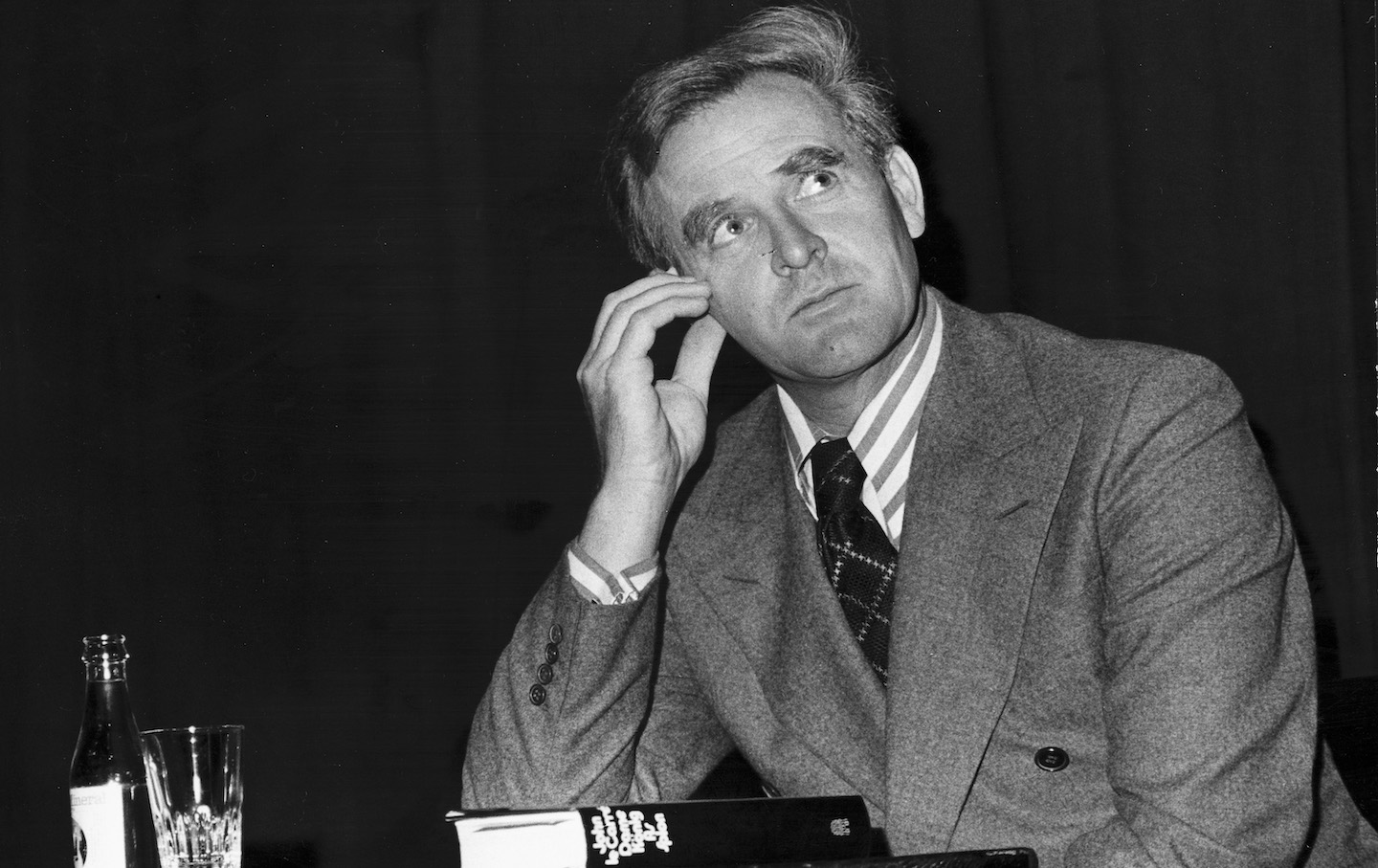 During this pandemic summer that was no summer, with space constricted and time expanded, I found myself picking up John Le Carré’s 1963 spy novel, The Spy Who Came in From the Cold. I’d read the book decades ago, but my memory of the novel had been distilled into its closing final image—Alec Leamas and Liz Gold on the East German side of the Berlin Wall, two human beings trapped in the crosshairs of guns, searchlights, international intrigue, and institutional betrayal.

Reading the novel again after all these years, I was surprised by how good it is beyond the genre trappings of a spy thriller, a genre that Le Carré came to define more than any other writer in the 20th century. The characters are surprisingly complex, while Le Carré’s politics come across as far more radical than I remembered from my earlier reading. Fiedler, the Jewish East German intelligence official, is allowed to be convincing in his communist critique of the capitalist West, although what proves most damning about the West, Le Carré reminds us, is the cynicism and anti-Semitism of British intelligence as they sacrifice Fiedler, Liz (who is also Jewish), and Leamas in a plot orchestrated to save Mundt, Fiedler’s brutal boss who works as a double agent for the British.

Along with the politics, there is the pleasure of Le Carré’s style. Much has been made of his inventive spycraft terminology, the use of words like “the Circus,” “Control,” “lamplighter,” and “scalphunter” that seem to combine the 19th century adventure tales of Robert Louis Stevenson with the wartime code-breaking activities of Britain’s Bletchley Park. But in The Spy Who Came in From the Cold, one notices the prose more than the terminology: “It was cold that morning; the light mist was damp and grey, pricking the skin. The airport reminded Leamas of the war: machines, half hidden in the fog, waiting patiently for their masters.”

Measured and assured, this is the narrative voice of England’s elite white men. Suggestive of careful schooling and a class confidence that reveals itself in unadorned but wonderfully evocative vocabulary, it peaked in the 20th century before vanishing, it seems, as completely as the Berlin Wall and the Cold War in the dawn of the new millennium. In Le Carré, this style perfectly matches content, a gray prose for a gray world perpetually somber with memory.

This style is one of the defining aspects of Le Carré’s best work—the Cold War spy novels featuring George Smiley, especially Tinker Tailor Soldier Spy, The Honourable Schoolboy, and Smiley’s People, the books known collectively as the Karla trilogy, after the Soviet spy whose defection Smiley is attempting to engineer. After the end of the Cold War, the style evolved. While some of his later novels looked back at the Cold War years, they also were more engaged in exploring the confusing world that the end of that long war gave birth to.

Le Carré’s politics, unlike that of compatriots such as Christopher Hitchens, also did not take an imperial turn. With regard to the war in Iraq and to the targeting of Muslims by the US-led “war on terror,” he remained a humane, critical voice. The same was true of his position on Palestine. Throughout his skepticism of the West remained intact, its duplicity and self-interest explored with blinding clarity, especially its ability, as Fiedler puts it, to justify “the taking of human life [and] the bomb in the crowded restaurant” on the basis that Western capitalism is the necessary and best way.

Yet, for all their incisive anger, the later Le Carré novels do not capture the best of his writing. One gets the impression that the shiny neoliberal order of Tony Blair and George W. Bush, of drone bombings, orange jumpsuits, and the constant churn of bright images on the internet, did not suit his temperament or gray style as an artist. His particular ability, animating his Cold War novels, was to capture the psychology of an empire in decline, the British sense of a world that was suddenly and simultaneously decolonized, Soviet, and American, three centuries of dominance coming to an end in lonely mansions looking up at gray skies pouring with rain. As Connie Sachs, an Oxford don who has trained generations of spies, puts it to Smiley in drunken, postimperial melancholy, “Trained to Empire, trained to rule the waves. All gone. All taken away.”

It might have been easy to scoff at this in the light of the new millennium, when Britain appeared to have reinvented itself as effectively as New Labour, goaded on by the fulminations of Niall Ferguson and Martin Amis into a digital, consumerist cool and by new imperial adventures in the old staging grounds of Iraq and Afghanistan. Yet the events of recent years—Brexit, Trump, and, of course, the astonishing, ongoing unraveling precipitated by Covid-19—remind us that imperial decline may, in fact, be the norm of our times. In this world of shrunken horizons, where instead of one nationality or race hubristically attempting to rule the waves, the waves themselves rise inexorably over humankind, Le Carré’s fiction of decline manages to speak to us all.