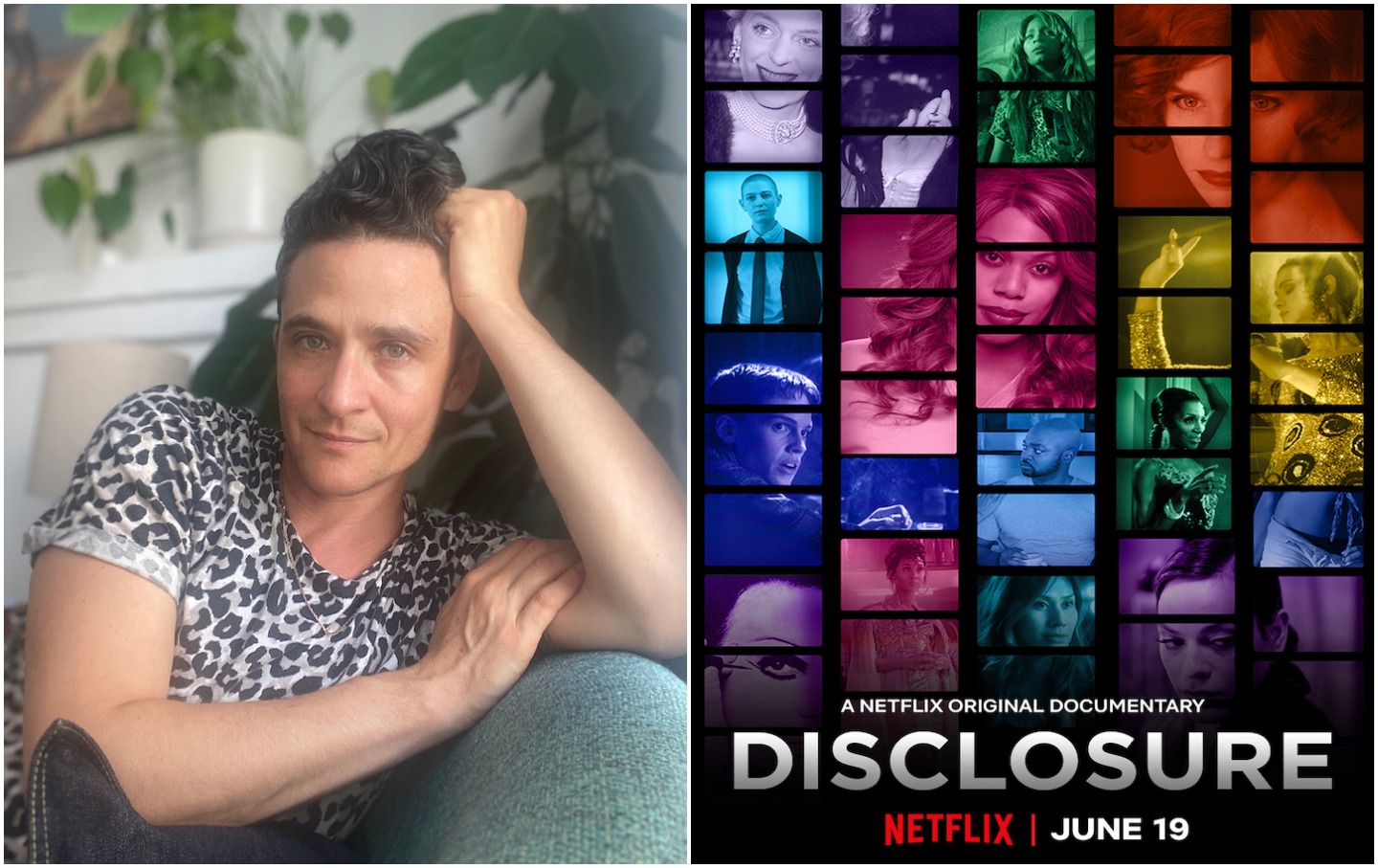 “The more we are seen, the more we are violated.” These are the words of Tiq Milan, a writer and media consultant, which he shares early in the Netflix documentary Disclosure: Trans Lives on Screen. The paradox is one that trans people know well and one that underlies the contemporary moment. Despite unprecedented visibility in pop culture, Black and brown trans communities in particular are facing record levels of state violence. Released in the wake of the killings of Black trans people around the country—including Riah Milton, Dominique “Rem’Mie” Fells, Tony McDade, and Nina Pop—Disclosure is haunted by this contradiction: What does hypervisibility mean in a hostile world?

Produced by Amy Scholder and Laverne Cox and directed by Sam Feder, Disclosure pairs interviews of actors, activists, and cultural critics with television and film clips in order to reinterpret a long legacy of gender nonconformity on-screen—from the racist subtext of D.W. Griffith’s 1914 silent Judith of Bethulia to the exploitation of Black queer life by the 1991 documentary Paris Is Burning to the mainstreaming of ballroom culture in FX’s series Pose. Surveying phenomena such as cis actors playing trans characters (Boys Don’t Cry and The Danish Girl) and talk show hosts’ fixation on medical transition (The Jerry Springer Show and The Oprah Winfrey Show), the documentary insists that trans representation is important because trans people’s existence is consistently in question.

Refusing any dichotomy of good/bad representation, Disclosure interrogates how trans people internalize, respond to, and identify with the models they are given. (“Every trans person carries within themself a history of trans representation just in terms of what they’ve seen,” writer and actor Jen Richards explains. “What trans people really need, though, is a sense of a broader history of that representation so that they can kind of find themselves in it.”)

The documentary would likely not exist without cultural texts such as Tourmaline, Eric A. Stanley, and Johanna Burton’s Trap Door—a 2017 anthology that takes up the paradox of trans visibility—and José Esteban Muñoz’s Disidentifications—a 1999 book that argues that marginalized people reinterpret mainstream cultural products for their own survival. While Disclosure insists on the uses of representation, it also, ironically, points to the need to take off-screen projects just as seriously as on-screen ones, like the 15,000 people who rallied for Black trans lives in Brooklyn in June and the advocacy group GLITS working to permanently house Black trans people in New York City. As attorney Chase Strangio puts it toward the end of the film, trans representation itself is a reminder to move past just “elevating some people into the sphere of the powerful” and to start “working to disrupt the systems that exclude most trans people from material survival.”

We talked to Feder about the limits of representation, the importance of trans employment programs, and why documentary is still a tool for social change. Our conversation has been edited for clarity and length.

aliah ancini: I came to Disclosure with an immense suspicion of what visibility offers trans people. Early on in the film, Laverne Cox says, “At this point we’re talking really about unprecedented trans visibility, [and] trans people are being murdered disproportionately still.” Can you talk about this paradox?

am eder: We can’t lose sight of the fact that visibility in and of itself is not the goal. The paradox that comes with visibility is something that really needs to be contended with. When you look in our history, anytime a marginalized community is put into the mainstream, backlash ensues. That’s not to say at all that it’s a one-to-one relationship, because there are so many other contributing factors to the violence, but I am really curious about how social justice movements can better prepare for that, because visibility is also so essential.

How do you reconcile these two existing truths—that we have witnessed a rise in positive representation alongside the rise of legislative and social violence? How do you understand that we need to see ourselves—in whatever capacity there is, however that looks—and also understand that, by being more recognizable, many people, especially trans women and especially Black and brown trans women, become more vulnerable to violence? How do you hold these two truths at once? It’s really hard. The paradox is always glaring. It’s always there.

TM: I was struck by how many of the interviewees say that it was only looking back that certain representations seemed violent—at one time, they were needed. You can see this in Cox’s connection to Barbra Streisand’s Yentl, in that trans people find themselves in representation meant as a mockery or representation that is just not fitting. Can you talk about this process of disidentification that the documentary points to?

SF: That Yentl story was actually one of the first stories [Cox] told me when we first met to talk about the film. The whole room became silent, and I was just like, “Wow, that is a trans way of seeing.” That is so specifically a way that only a trans person is going to experience that. There are so many examples of how people identity, disidentify, go a little to the left. The way we try to grab onto these representations in any way possible—because we need to be seen, because we need to be mirrored. What we see again and again is trans people looking at these images and remembering that they in fact did not identify with these characters that ostensibly were stand-ins for their capital-T Transness. For their identities. It says so much about cultural norms and cultural expectations. 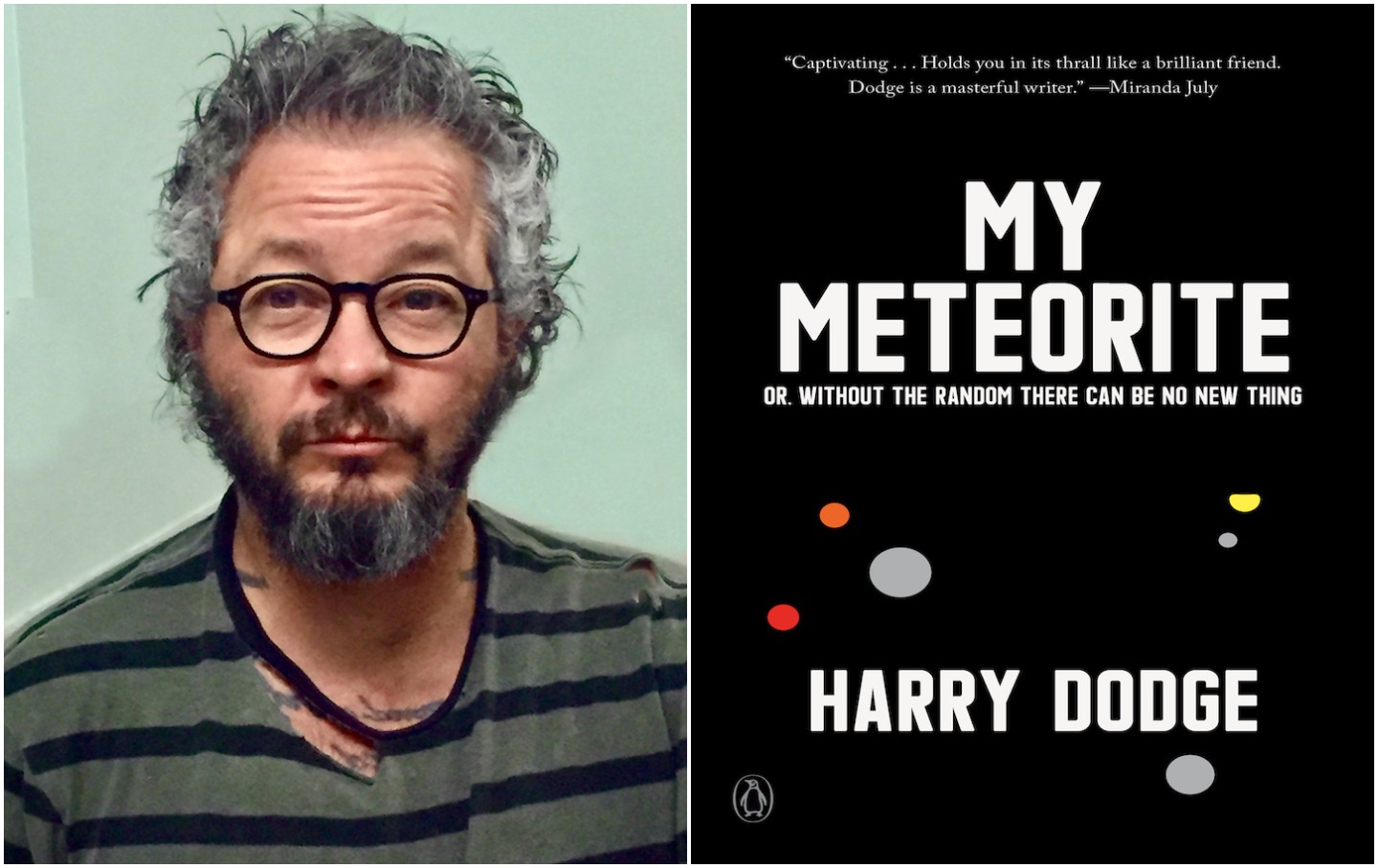 Harry Dodge’s ‘My Meteorite’ Is Like a Wonderful Sculpture

TM: The documentary covers such a long, ugly history. It seems your task, in a lot of ways, was to curate offensive images without reiterating the messaging of those images. What was your process of sifting through archival footage like?

SF: I was very concerned with the question, “Am I perpetuating the violence, the harm, by making this film, by engaging people in these conversations in the interviews?” In many of the interviews, I ask people to watch a lot of the footage that I had collected, to take it in and read articles and talk about it. Ultimately, I came to the conclusion that we have to lay out our story so that we can own it and move past it. And that we need to be doing it together in a community. We only interviewed trans people, and behind the camera, we prioritized hiring trans people. When we couldn’t hire a trans person for a key role on set, we mentored a trans person. There was something about having this space. In the production there was a knowing that is really unique to people who are inside a particular pain and inside a particular trauma. Having that shared experience was cathartic, and I think that a similar catharsis can happen potentially when you’re watching the film and you’re seeing all of this in one particular context, held and told by trans people who are being very vulnerable and honest.

TM: The end of the film suggests that representation is part of a much larger project. The documentary also suggests that a big part of being trans is the ability to imagine new realities. How have you come to understand documentary as a tool for change?

SF: I’ve been making my own films since 2003. I like to identify as an introverted activist, and that’s what made me a filmmaker. I was doing photography as a teenager, and all of my projects were really based on the work I was politicized around. It was storytelling that allowed me to have a voice. Part of my conflict in the moment of making this film was—even though I didn’t have a mainstream audience at that point—wondering how my work contributed to platforms that I thought were being misused. I really wondered if I took the wrong path, if pushing for visibility wasn’t the way. I do think it’s a powerful tool in such a deeply mediated culture, and the power of the media is only increasing, and we are all so deeply informed by what we see. If 80 percent of the population is saying the only trans people they know are the ones they see in film and television, then we have to be really responsible with the content we’re putting out with really vulnerable lives.

TM: As you move on from Disclosure, what type of responsible representation do you hope to see?

SF: There are so many more stories to tell about this history, and there are so many ways of telling it. There are so many more voices that need to be included. I can’t wait to see all that happens next and all the different ways that people will do it. Angelica Ross has a beautiful line in the film where she says, “People walk into theaters wanting to be changed by what they see, and we need to see that change happen in real life and in real time.” While I’m so deeply invested in how we tell our stories, it really goes back to our lived lives—the endless work fighting against this capitalist, patriarchal, imprisoned culture. Following an abolition framework in storytelling is something that I really hope to see more of.