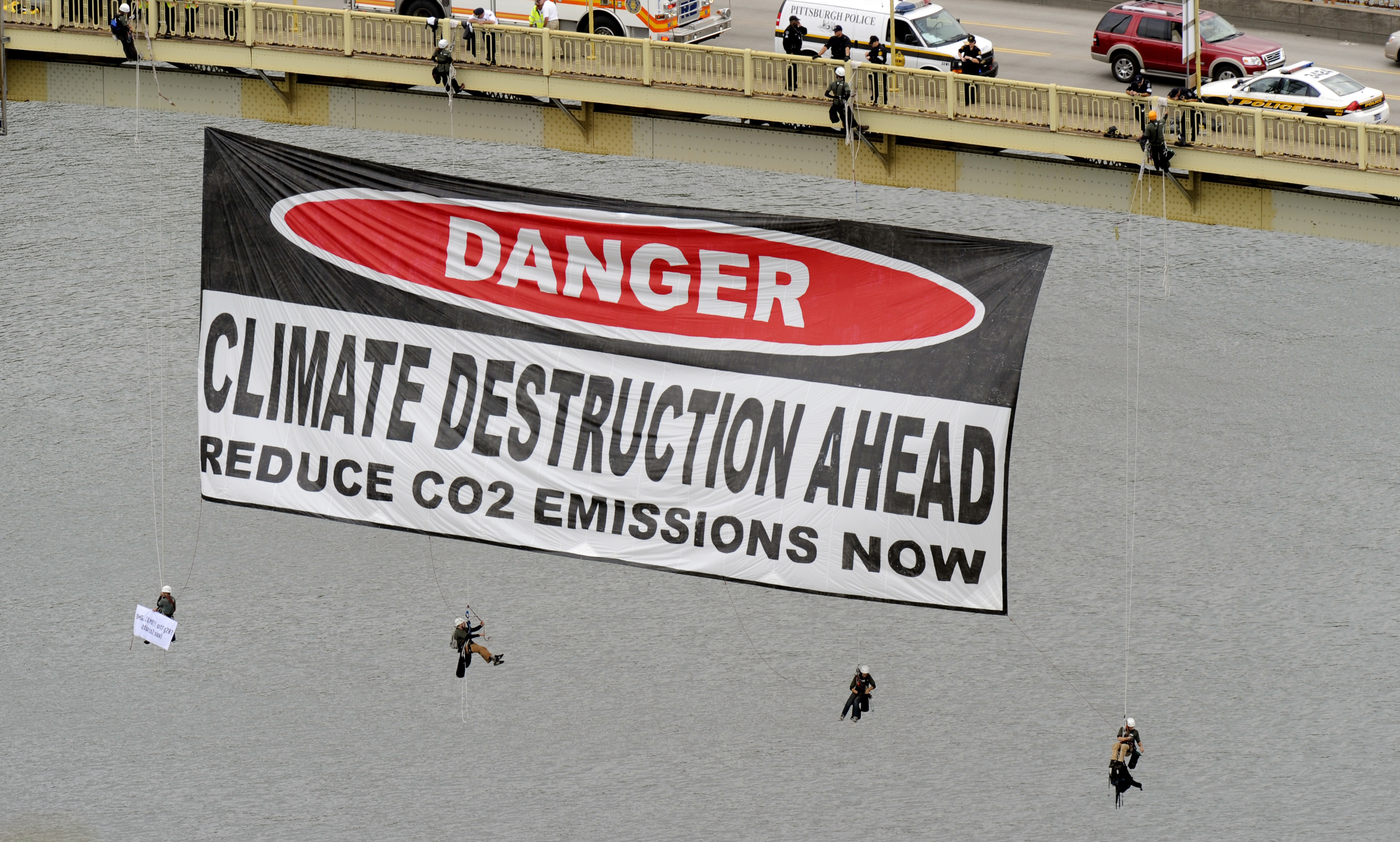 This is my tenth year as a climate activist—I just turned 22. Raised on a farm in Maine, there is one word that best describes my journey: evolution. My 12-year-old knees trembled when I first spoke in public. I was the epitome of introversion. I avoided rallies because they scared me. Now, I’ll gladly lead a rally. I’ll chant, if I believe in a cause. I’ll speak in front of anyone at any time. I’ll participate in direct action, if I think it’s necessary. Purpose gave me a voice.

Back at the beginning, I didn’t know that this kind of evolution was possible. I didn’t have role models who had traveled these roads. In the hopes of providing some guidance to other young climate activists, a decade seems like a good time to take stock of the lessons that I’ve learned.

My career as an activist began when I joined a campaign to protect a place I dearly love, Maine’s North Woods, from aggressive corporate development. I did research, testified at public hearings, wrote letters to newspapers and public officials and worked with local environmental organizations—all to protect my home.

When I entered high school, I was surprised that there was no environmental club, so I started the Climate Action Club (CAC). We began with small projects—letter-writing campaigns, recycling batteries, energy audits on classrooms. Eventually we launched the largest reusable bag campaign in the state, became the first school to install solar panels as a result of a student initiative and without government subsidies, won national and international awards and galvanized a movement in our school and community. We were even featured on the Sundance Channel. I learned that one person and one group of passionate committed individuals can build a powerful movement. This is when I started First Here, Then Everywhere, a website that aims to connect youth activists and spread the message of youth empowerment.

Divest Harvard, just like the CAC, began with a small group of people in a room trying to figure out how to launch a campaign. Within three months, we had over 3,000 students in support of divestment, and we were featured in news outlets around the world. Now, as we enter our third year of campaigning, Divest Harvard is continuing to build momentum with almost 70,000 people who have publicly declared their support. It is yet another example of First Here, Then Everywhere.

I have distilled eight lessons from my first decade as an activist. The first four relate to effective strategies in the climate movement. The last four reflect my personal growth as an activist.

1) Adopt an “all of the above” climate strategy. The climate movement is unique for many reasons—one of which is that the potential audience is greater than that of any previous social movement. Therefore, the strategies and tactics used to engage people must be as diverse as people themselves. I strive to provide inclusive, varied and individualized avenues for engagement in campaigns.

2) Because climate change is urgent, it means that we need to be thoughtful—not reactive. I’ve been in a lot of situations where there is a dire sense of urgency to act because climate change is so pressing—even if the action is risky, ill-timed or counterproductive. Yes, climate change is urgent, and yes, we need to act quickly. But this urgency requires us to act strategically and thoughtfully because there isn’t time to fix major mistakes and cause mass alienation. We have one opportunity to build a climate movement, and the window for action is drawing to a close. So let’s make sure that we are thoughtful about our campaigns and do things right the first time.

3) Create choice points. Essential to good storytelling is the “choice point.” This is the moment when someone makes a decision that defines their narrative. For example, one of the powerful facets of the fossil fuel divestment moment is that it forces a choice: As an investor, will I support climate destruction, or will I move my money into climate solutions? The choice defines the person or institution. Creating choice points for yourself and others allows commitment to take shape. When it comes to voting or taking climate action—a clear choice can turn the tide.

4) Confront power to expose power. I learned this lesson through two experiences. First: the fossil fuel divestment movement. The movement puts the spotlight on the fossil fuel industry and the injustices that it perpetrates—from impacting frontline communities to political capture to climate denial. Divestment aims to expose the ways in which the fossil fuel industry uses its great power against the interests of society. This issue has become a focal point of international attention through conversations and confrontations over divestment.

Similarly, Divest Harvard exposed Harvard University’s values when we organized our first act of civil disobedience. Our campaign had called for an open public meeting on divestment with the administration for nearly a year. Our meetings with administration officials were off-the-record, leaving us no way to fully expose the shortcomings of their arguments. But Harvard refused to engage in public dialogue, despite the fact that free exchange is a core value of a Harvard education. Last spring, we resorted to direct action to create momentum towards an open meeting. We blockaded the doors to the administration building, while asking for a public debate. The result? The school arrested a student for the first time since the Vietnam War protests. Later that day, Margaret Atwood spoke on campus. When asked about the DH arrest that morning she said: “Any society where arrest is preferable to open dialogue is a scary place.”

5) Don’t use activism as a crutch. One of my professors gave me this piece of advice. I’ve often felt guilted into doing activist work. I’ve worried that taking time off or saying “no” to something would make me a “bad activist.” But activists need to be fully developed as people. I’ve been intentional about enabling all parts of my identity to flourish because I am more than just an activist. An effective activist is also an effective human being.

6) Don’t be afraid to evolve. Allowing myself to evolve has been central to my effectiveness as an activist. There have been times when I felt myself becoming ideologically attached to a certain theory of change. This made me reluctant to explore alternative avenues and perspectives. Now I try to remember that evolution is a necessary and natural part of life, including activism. It’s a process to embrace. I’ve felt frustrated and angry at the ideological rigidity of some activists’ and their refusal to entertain new ideas and strategies. Open and ever-evolving dialogue is necessary to grow a movement.

7) Look to your peers. I have many adult role models, but there is something uniquely energizing in the social solidarity among peers. We are the first generation that will feel the effects of climate change. We are fighting for our futures. We understand each other when we say that we may not want to bring children into a climate-wrecked world. This connection will sustain our movement for years to come. We commiserate, deliberate, and celebrate.

8) Connect with your deepest sources of motivation. The beautiful thing about the climate movement (and most social movements) is that the motivation for action originates in love and empathy. Even if—on the surface—the climate movement seems to be about hating the fossil fuel industry and raging over political gridlock, the motivation is love for home, family, places, people, landscapes, creatures, ideas and the possibility of a better future. I’ve come to realize that connecting with this core inspiration for action is crucial to building a sustainable movement. We can’t nourish ourselves on hate. Let love and empathy give you purpose so that you can find your true voice.