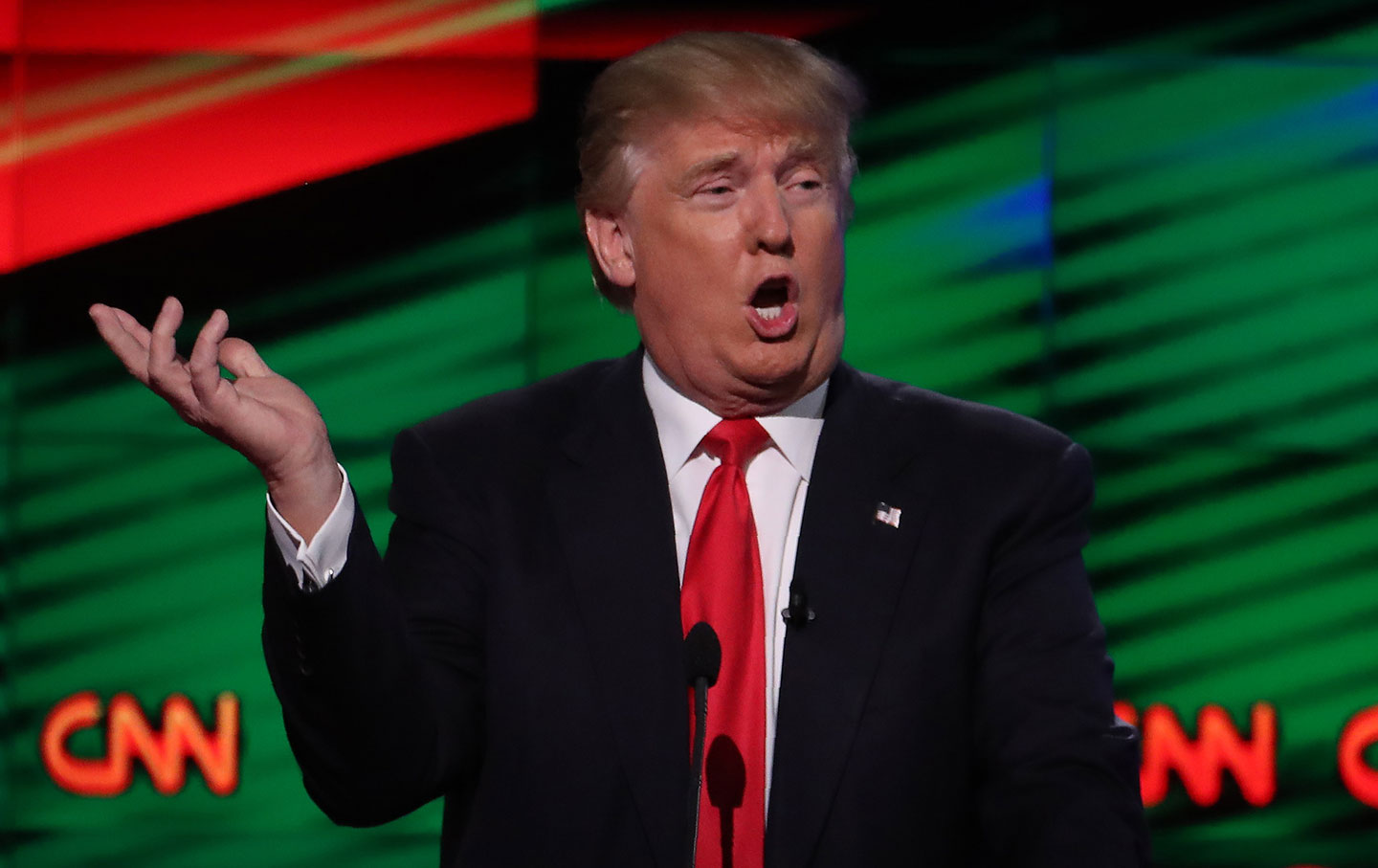 There was rare political consensus in early October 2012: Commentators on the right and the left agreed that Mitt Romney won the first debate against President Obama. Romney was confident, occasionally even funny, and he presented himself as the Massachusetts moderate he used to be, before he reinvented himself as “severely conservative” to win the Republican nomination. Obama, by contrast, was halting and distracted, ignoring opportunities to nail his opponent on lies and distortions.

There was some disagreement about how damaging Obama’s performance was—and whether it was made worse by the negative reaction of liberal pundits like me, who told the truth about the president’s bad night. But it was clear that Obama lost—at least partly because moderator Jim Lehrer played by traditional rules and didn’t bother to challenge Romney’s misrepresentation of his own record and policy positions.

This is what worries Hillary Clinton’s staff and supporters. The Democratic nominee is clearly a better debater than the shallow and fidgety Donald Trump. But since Trump has been known to lie with ease, what will stop him from doing the same thing in Monday’s debate, if moderators don’t commit to fact-checking in real time, to the best of their abilities?

Fox News host Chris Wallace has already announced that he doesn’t think fact-checking is his job.

Fox News host Chris Wallace, the moderator for the final debate, has already announced that he doesn’t think fact-checking is his job. NBC’s Lester Holt, the respected Nightly News anchor, hasn’t weighed in on the question. The Clinton campaign has begun working the refs, demanding that moderators indeed check the candidates’ facts. Trump is, hilariously and predictably, on record saying they should not.

Such a stance would benefit Trump, just as it helped Romney in 2012. As I wrote at the time:

Romney shook his Etch-a-Sketch and lied his way through the entire debate with no challenge from moderator Jim Lehrer. He simply denied he has proposed a $5 trillion tax cut. He insisted he wouldn’t cut the education budget or Pell Grants, when he will. He claimed the Affordable Care Act raised taxes by a trillion dollars. He essentially revived the idea of death panels by saying Obamacare established “a board that will tell people what kind of treatment they’re going to get.”

Romney was allowed to claim his massive tax cuts for the rich would be “revenue neutral” by promising to close loopholes that were never enumerated. Obama failed to hit his opponent on numerous points where he should have drawn blood, but Lehrer’s silence enabled Romney’s assault on the incumbent president.

Then–CNN host Candy Crowley made a different decision in the next debate—and Republicans insisted she stepped out of line and hurt Romney. When Romney claimed Obama hadn’t called the Benghazi attack the month before “an act of terror,” Obama disagreed, and Crowley backed him. “He did call it ‘an act of terror,’” she told the GOP nominee. Party hacks howled that Crowley was out of bounds; there’s little doubt Crowley’s intercession rocked Romney, putting him on notice that he couldn’t lie without consequences, and contributed to Obama’s dominating that second debate.

The Clinton campaign has already announced that she will be prepared to fact-check Trump if moderators don’t. “I think what’s concerning overall about Donald Trump is that, first of all, he doesn’t often tell the truth,” campaign manager Robby Mook told CNN on Wednesday. “So she’s going to have to spend some time probably correcting the record and making sure voters understand the facts.”

But one can argue that that decision, even if it’s the correct one, has drawbacks too. Clinton left the campaign trail days before Monday’s debate to do prep work, which has been made more laborious by needing to know the ins and outs of Trump’s stated positions, in order to point out his almost inevitable lies. Trump is now claiming she’s left the trail “to rest,” resurrecting concerns about her health, not to prepare to correct his lies.

Whatever the moderators decide, the rest of the media have the responsibility to correct both candidates on the facts and to judge their performance fairly and accurately, which has been a challenge for the fourth estate to date. In the unlikely event Trump wins the presidency, the role of media in letting Trump’s many lies and flip-flops slide over the last 15 months will be lamented for generations. It’s time for all of us to stop grading Trump on a curve and do our jobs.