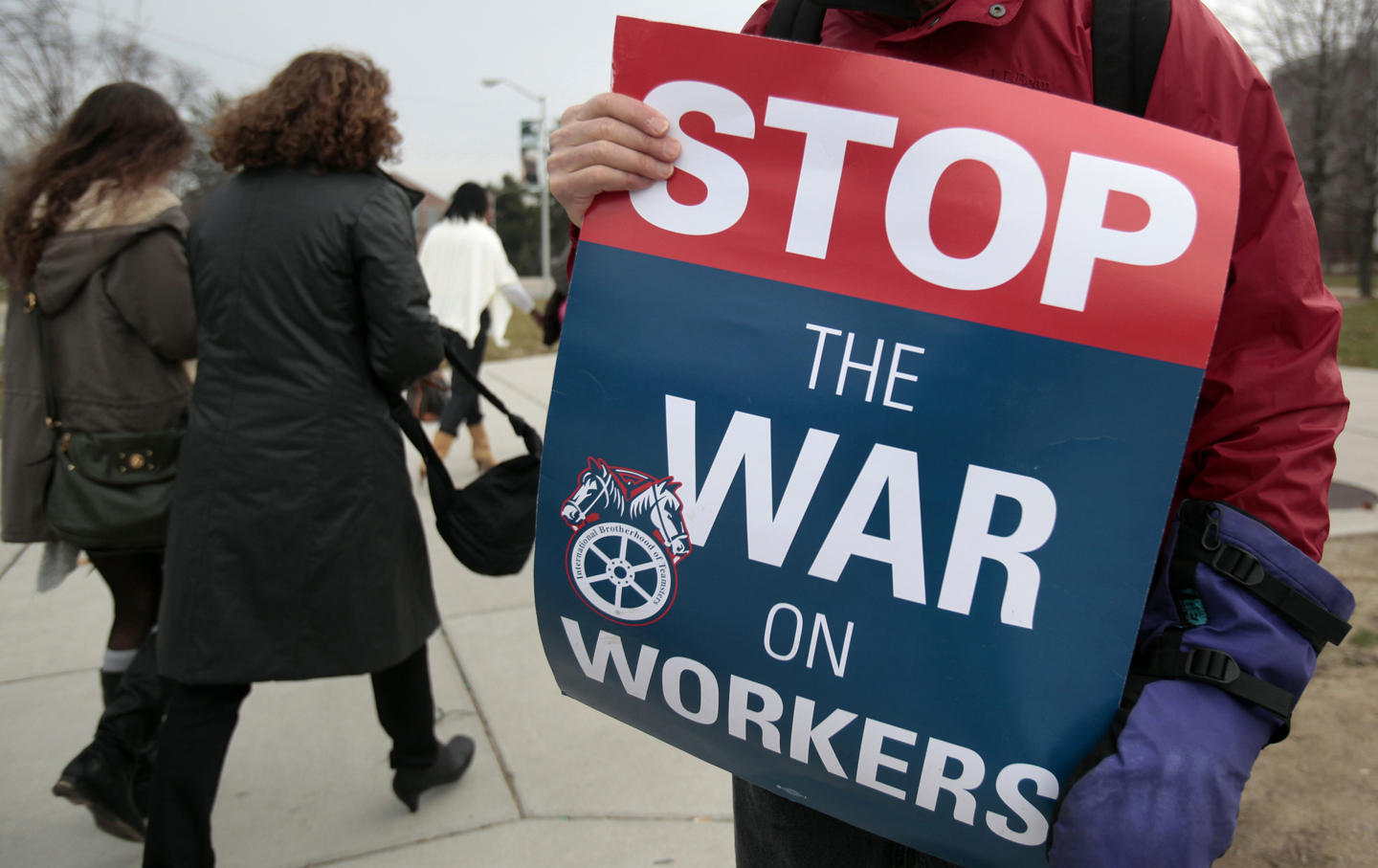 As this election made clear, a lot of Americans are angry. They feel left behind by the economy, and isolated and unheard in our democracy. Some of this frustration is understandable—wages have hardly budged in decades, inequality is near record levels, and money dominates our political system (and those who don’t have much of it are usually ignored by politicians). That’s a recipe for frustration and alienation, and President-elect Donald Trump seized on it.1

Trump promised economic security in part by scapegoating people of color and immigrants, and his supporters took the bait. Now we’re facing an administration that will make it exceedingly difficult to protect Americans’ basic rights—especially as its policy prescriptions “to rebuild the working class” prove hollow.2

The long-term solution to current political and economic dissatisfaction is to give workers a productive way to advocate for themselves, not reassert race-based class structures. That means it’s time to rebuild unions.3

Unions—more than any other organization—give people a real say in the economy and in politics. They help raise wages, reduce inequality, and boost economic mobility. But even more importantly, unions help people feel their own agency. They provide workers—particularly those with less education and lower incomes—with the means and opportunity to stand up for themselves and participate more fully in our democracy. Union members are much more likely to vote, take political action, join other groups, and be more charitable.4

Unions serve as an alternative source of power that workers control—not the government, and not the wealthy. That’s why they’re one of the first things that authoritarian leaders go after.5

President-elect Trump has proclaimed that he “loves” so-called “right to work” measures, which weaken unions by cutting their funding and membership. Trump’s victory will likely embolden right-wing opponents of organized labor who see a chance to weaken unions nationwide, just as they recently did in Wisconsin and Michigan. These reactionary measures will need to be fought with unified progressive support.6

But in the United States, the union membership rate is at its lowest point since 1935. Polls show that a majority of workers would like to join a union, but our labor protections are so weak that it carries real risk. For example, if an employer fires a worker for supporting a union (which is still illegal) they aren’t even required to pay fines. The only punishment employers face is back pay for the worker—and even that doesn’t include earnings from other jobs after the worker was fired. It’s such a mild repercussion that it’s a joke among business owners—they refer to it as the cost of their “hunting license.”8

Even if the federal government moves against unions, cities and states can still act to strengthen worker power. They could give workers a formal seat at the table in determining the minimum wage, or assign them a role in setting pay scales across an industry or region. Cities and states could also actively encourage membership in worker organizations. For example, jurisdictions could fund worker training that is provided by worker-led organizations, or create new benefits for gig economy workers that worker organizations help manage. Since states control many elements of corporate law, they could even require corporations to put workers on their boards. That would ensure that they have some input on important decisions, such as whether to offshore a plant.9

Now is the moment for progressives to get behind an agenda that rebuilds worker voice and power. Unions do that in a way no other organization can.10