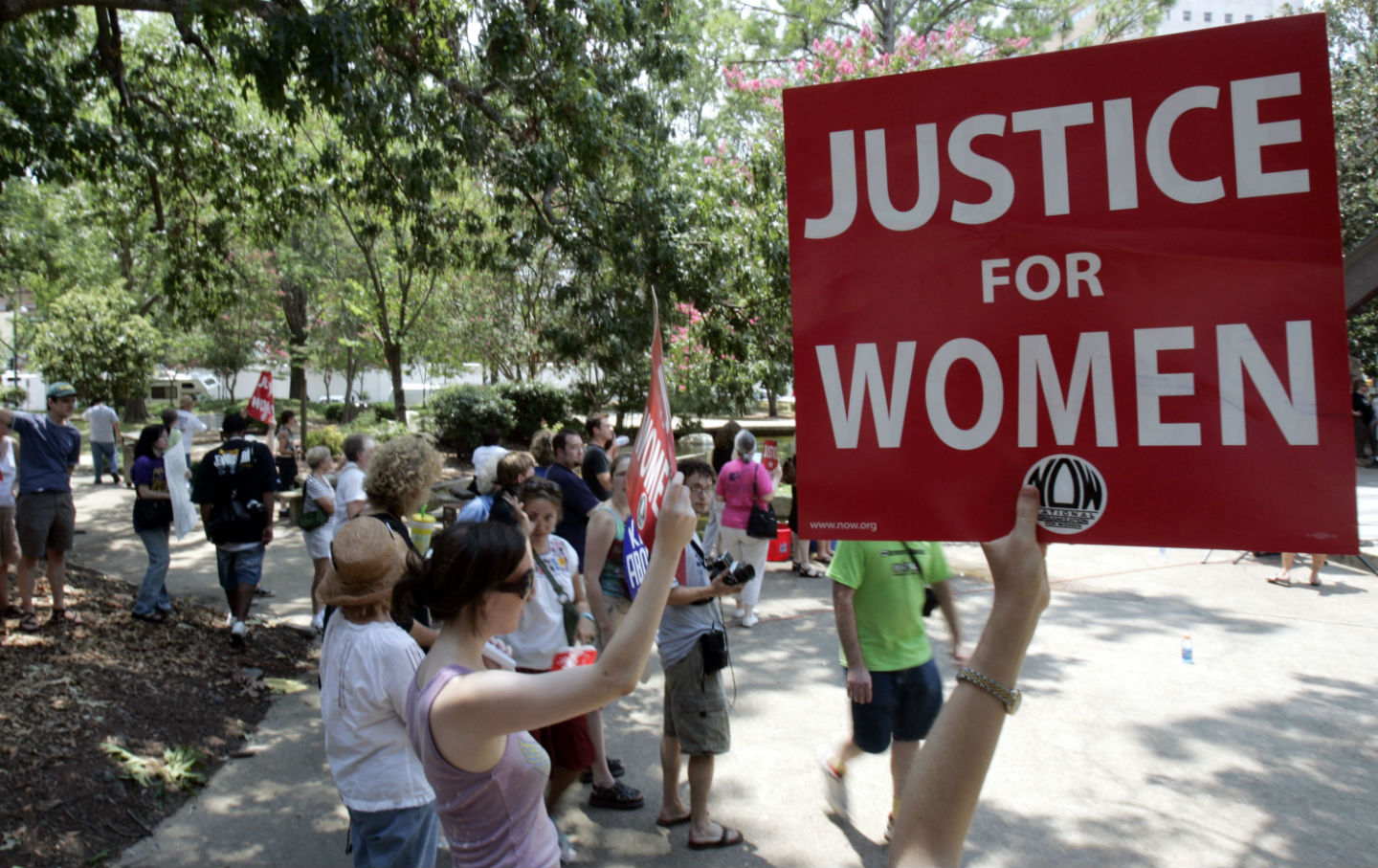 In 2007, Anna Quindlen wrote a column in Newsweek titled “How much jail time?” asking the anti-abortion movement what sort of punishment women who terminate their pregnancies should receive if abortion is criminalized. In response, National Review convened an online symposium of anti-abortion leaders on the question, who largely dismissed the idea that women who have abortions would or should be locked up. Marjorie Dannenfelser, president of the Susan B. Anthony List, insisted that “compassion for women” would drive anti-abortion laws. “The focus of such laws is on protection, not punishment,” she said. “Women were not punished by the legal system before 1973’s Roe v. Wade decision and there is absolutely no drive to punish her now.”

If only she were right. This week, a 23-year-old Georgia woman named Kenlissa Jones, mother of a 1-year-old son, allegedly took Cytotec, an abortion drug she’d procured online, to end a second-trimester pregnancy, then delivered a live fetus while en route to the emergency room. Prosecutors initially charged her with murder, though the district attorney dropped that charge, concluding that current law wouldn’t support it. “Although third parties could be criminally prosecuted for their actions relating to an illegal abortion, as the law currently stands in Georgia, criminal prosecution of a pregnant woman for her own actions against her unborn child does not seem permitted,” he said in a statement, suggesting that if the law were different, the prosecution would proceed. Jones is still being charged with possession of a dangerous drug.

The Jones case follows the conviction of Purvi Patel, who was recently sentenced to 20 years in prison in Indiana in similar circumstances. Like Jones, prosecutors charged that Patel, who was in her second trimester of pregnancy, took abortion drugs she’d bought online, then delivered a live fetus that soon died. (The defense insisted the fetus was stillborn.) She was found guilty of feticide and neglect of a dependent.

It also comes on the heels of last week’s arrest of a 37-year-old Arkansas woman who obtained abortion pills from a nurse, who was arrested as well. According to news reports, the woman, who was 33 weeks pregnant, delivered alone, then went the emergency room with the fetus in a plastic bag. She’s been charged with concealing a birth, a felony, and abuse of a corpse. “Charges filed against her could be upgraded after the prosecutor reviews the case,” says a local news story.

With abortion access being severely and inexorably eroded all over the country, it has become clear that black-market abortion drugs are the modern version of the old back-alley procedures. There are, however, crucial differences. The participants in the National Review symposium were correct that in pre-Roe America, women were rarely prosecuted, much less locked up, for abortion. But much has changed since then. As Lynn Paltrow, executive director of National Advocates for Pregnant Women, points out, 1973 was before mass incarceration. “We put relatively few people in prison, and virtually no women,” she says.

Further, prior to Roe, when a woman ended her pregnancy, the crime was “abortion.” We did not have decades of activists and politicians insisting that it was “murder,” nor did we have police and prosecutors who’d emerged from the anti-abortion movement and were eager to treat it as such. Now we do. Moreover, the advent of abortion pills complicates the anti-abortion trope about innocent women victimized by rapacious abortionists, since so often the abortionist and the pregnant woman are one and the same. It doesn’t matter if anti-abortion spokespeople say they don’t want to use the weight of the legal system to punish these women. It’s already happening, and as more and more clinics close and more anti-abortion laws are passed, it’s only going to get worse.