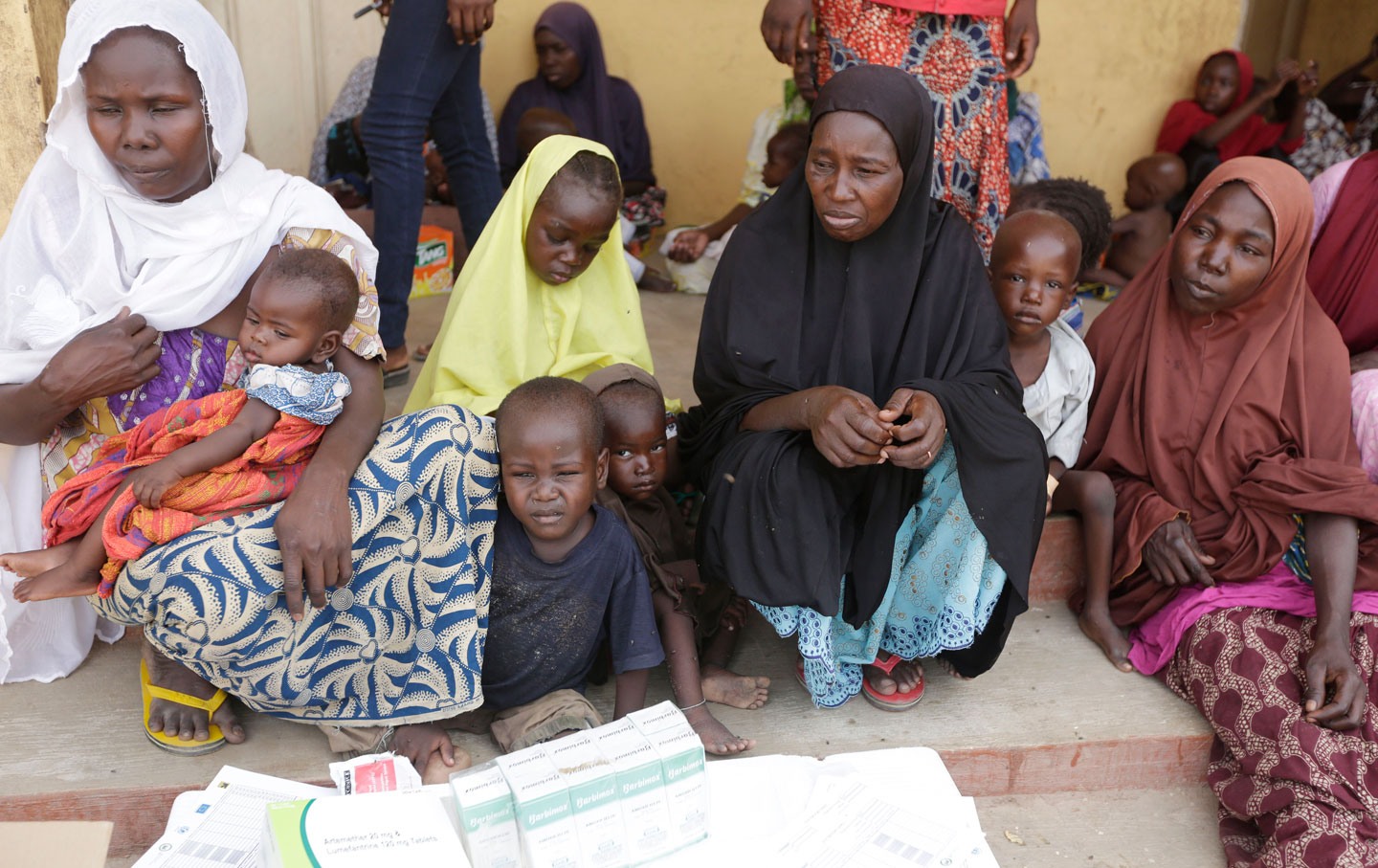 In 1973, Jesse Helms, a newly elected United States senator and an ideologue contemptuous of the United Nations, dismissive of international treaties and completely devoid of compassion for the world’s poor, put his name on an amendment to the landmark 1961 United States foreign assistance act banning any use of US funds to support abortion in family planning globally. Over more than four decades, the Helms amendment has been reinterpreted, reinforced, and expanded in American aid policy to the point of rising to a violation of internationally recognized rights of women.

An international campaign is now urgently demanding that the United States put an end to this policy, saying that the Helms amendment defies the Geneva Conventions on the rules of war, which the US has pledged to uphold since the 1950s. The US is effectively violating the universally accepted nondiscriminatory healthcare provision in the conventions by forcing its prohibitions on abortion on medical aid work by others in conflict areas. In an age of unconventional warfare and terrorism, thousands of women suffer and die as a consequence of rape and other sexual abuses. Those who survive need a lot of help to repair their battered bodies—and sometimes that includes abortion.

On July 7 the Global Justice Center in New York, which advocates for the enforcement of international laws on human rights and gender equality, sent a letter to President Barack Obama on behalf of more than 50 international organizations asking for executive action to nullify the effects of the Helms amendment and honor the Geneva Conventions, which demand nondiscriminatory medical treatment in war zones.

“The US abortion ban is a major reason that female war rape victims around the world are being denied abortions in humanitarian medical facilities,” the letter said. “This is a matter of utmost urgency as recently demonstrated by the use of rape and forced impregnation by extremist groups such as ISIL and Boko Haram as tactics of warfare to further their ideological goals.”

Other civil society, legal, faith-based, human rights, and development organizations in the United States and abroad have sent similar letters. In Congress, several senators have been active in opposing the abortion bans and related restrictions. They include Barbara Boxer, Democrat of California, Jeanne Shaheen, Democrat of New Hampshire, and Patrick Leahy, Democrat of Vermont.

“The Geneva Conventions have their own medical protocols that nobody questions as absolute law.” — Janet Benshoof

Janet Benshoof, the president and founder of the Global Justice Center, said in an interview that Article 3 of the Geneva Conventions entitles all victims, including civilian rape victims in war zones, to nondiscriminatory medical care of all kinds. By barring abortion for rape victims in conflict areas, where rape or forced impregnation are acts of war and war crimes, the US position is universally considered discriminatory. “The Geneva Conventions have their own medical protocols that nobody questions as absolute law,” Benshoof, adding that these protocols override local laws and restrictions in conflict areas. “That is probably the most fundamental international law.”

In May, when the United States submitted its human rights record in a periodic review at the UN Human Rights Council in Geneva, it met renewed criticism from friendly European countries confounded by the American rejection of internationally accepted women’s reproductive health rights, enshrined most recently by the groundbreaking decisions of the International Conference on Population and Development, held in Cairo in 1994, which the US supported. The Helms amendment, or the misinterpretation of its original intent in addressing family planning, was specifically mentioned by delegates who wanted want to know why American restrictions abroad are tougher than laws governing abortion in the United States.

The Global Justice Center, in a submission to the Human Rights Council on the US government’s accounting of its record, said: “It is crucial to note that under international law, a State may not invoke—as the USG does here—provisions of its internal law [i.e, the Helms amendment] as justification for failing to comply with treaty- or customary-based international legal obligations.”

The Helms amendment as now interpreted by the United States curtails efforts to assist thousands of pregnant victims escaping conflict areas where girls and women are most vulnerable to rape, including in the abductions and enslavement of schoolgirls by Boko Haram in Nigeria and the widespread abuse of girls from minority religious and ethnic groups by Islamic State extremists in the Middle East. Helms, who eventually rose to become chairman of the Senate Foreign Relations Committee, retired from politics in 2002 and died in 2008, but his legacy is enduring.

Because the United States is the largest global aid donor, its prohibitions against supporting or counseling about abortion hampers the work of providers of medical care internationally by nongovernmental organizations as well as United Nations agencies, which take a more liberal and humane approach, allowing “safe termination of pregnancies” for victims of rape in conflict, or among unprotected refugees or any endangered community where girls and women face extreme sexual violence.

In the US, the Helms amendment — a response to the Supreme Court decision in Roe v. Wade that recognized abortion as a right in the US — became a base on which the radical right has built a global anti-abortion policy so strong that no American president, Democrat or Republican, has had the courage to overturn it by executive order, apparently fearing the political backlash that would ensue.

The sexual and reproductive rights of women, especially poor women in faraway places without a Washington lobby, seem to be dispensable in political give and take. The US remains among a very few nations that have still not ratified the 1979 Convention on the Elimination of All Forms of Discrimination against Women, known as CEDAW.

President Obama, who restored US funding (with restrictions) to the UN Population Fund, a prime target for antiabortion advocates who had earlier successfully lobbied for a cut off of contributions, has refused to override the Helms amendment. Indeed, he has gone beyond its original family planning framework of the ban to reimpose an order by George W. Bush specifically denying the use of foreign aid funds for all abortions, covering cases of rape, incest or to save a life. The Obama White House also enforces a ban on any abortion-related speech by US officials and aid contractors, based on a later amendment introduced in the House of Representatives in 1981 by Representative Mark Siljander. That amendment drew on and interpreted an undefined prohibition in the Helms document of any action to “motivate” a person to practice abortions.

A 2014 guidance note to staff from USAID said tersely: “The Siljander Amendment is a recurring restriction set forth in the annual Department of State, Foreign Operations, and Related Programs Appropriations Act. First included in 1981, it provides that ‘none of the funds made available under [the appropriations act] may be used to lobby for or against abortion.’ This guidance is intended to remind USAID staff and implementing partners about the application of the Siljander Amendment.” Critics call this a blatant violation of freedom of speech.

Meanwhile, social conservatives in Congress continue to try to roll back even modest moves like the resumption of contributions to the UN Population Fund. In June of this year the Guttmacher Institute, a research and policy advocacy organization for reproductive health and rights, warned that opponents of abortion were also upping the demand for the reinstatement of what is known as the “global gag rule.”

Ronald Reagan introduced this policy in 1984 to prohibit foreign NGOs from receiving US family planning assistance even if they try to circumvent the Helms amendment by using non-US funds to provide abortion services, counseling, or referrals, or engage in advocacy within their own countries to liberalize abortion-related policies. Democratic administrations have routinely lifted that order; Republicans would put it back. On July 10 it appeared that the conservative momentum to restore the global gag rule had been stopped in the Senate appropriations committee, which voted with a bipartisan majority to kill the policy in budget provisions for 2016.

Copies of the letter to Obama from the Global Justice Center and other organizations went to, among others, Samantha Power, the US ambassador to the United Nations—where the United States has sponsored and voted for two Security Council resolutions guaranteeing women in conflict zones access to a full range of reproductive health services, which Secretary-General Ban Ki-moon has said publicly include abortion—and to Valerie Jarrett, senior adviser to President Obama and chair of the White House Council on Women and Girls, where advocates say there has been a reluctance to press the issue for political reasons or even to acknowledge that the most vulnerable women of the world may deserve a higher priority.