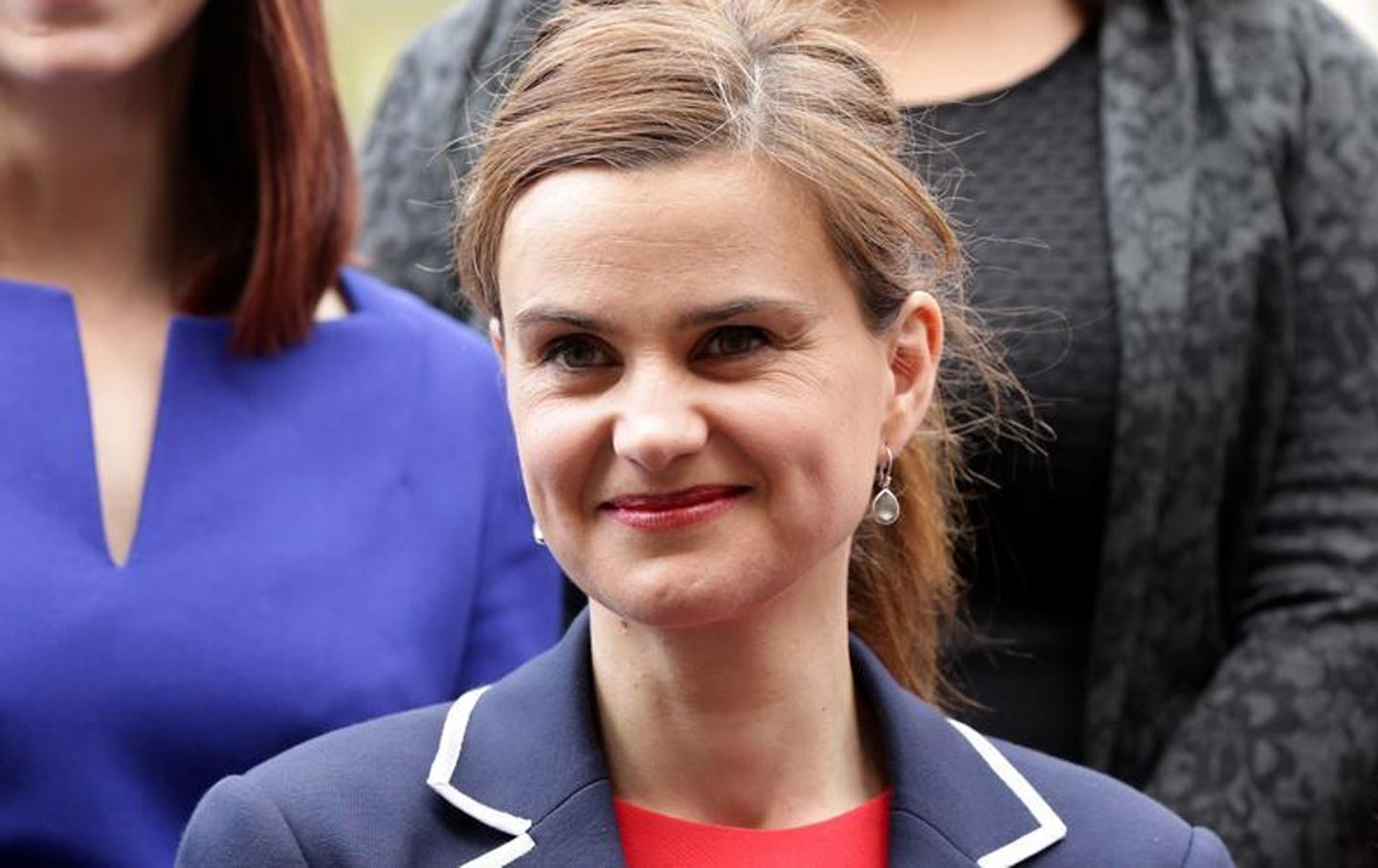 Jo Cox, 41, Labour MP for Batley and Spen, murdered yesterday afternoon after a constituency meeting, was a former charity worker who campaigned for refugee rights and for Syrian children and families; a fresh, straightforward voice for Britain’s multiethnic heritage; a bridge builder and peacemaker; the mother of two young children. Her alleged killer, a 52-year-old man connected to neo-Nazi and pro-apartheid groups, reportedly shouted “Britain first” as he attacked—the name of a far-right political party, and a slogan of the increasingly virulent, vicious campaign to vote Leave in next week’s referendum on Britain’s EU membership.

Pundits sometimes ask whether a shooting was motivated by politics or pathology. But that’s a false dichotomy. Whether Jo Cox’s killer was clinically insane or ordinarily crazy, the demons of hatred, xenophobia, resentment, and rage unleashed by the toxic Brexit campaign inform his act and give it a perverse political meaning. This murder feels like an attempted assassination: of hope, of openness, of the politics of connection and compassion.

On Wednesday Nigel Farage—leader of the far-right pro-Brexit UK Independence Party (UKIP)—led an anti-EU flotilla of fishing boats on the River Thames, which clashed with Bob Geldof’s Remain cruise in a ludicrous parody of British naval battles. People laughed. On the morning of Cox’s murder, Farage unveiled his latest campaign poster, showing a column of refugees with the caption “Breaking Point: The EU has failed us all,” framed so it echoes a still from a Nazi propaganda film.

The Brits Battle Over Brexit

Farage plays a familiar, protean figure in British culture, whose affability has an undertow of violence: the hearty man of the people who tells it like it is; the bluff, beer-drinking uncle who sneers if you can’t take a joke; the schoolmaster pedophile. Boris Johnson, leader of the official Vote Leave campaign, has now distanced himself from  UKIP and from Farage, saying that he is passionately pro-immigration and that these are not his politics. But the politer end of the Leave campaign has used Farage shamelessly as its dark clown, the voice of the xenophobia and hatred it benefits from but can’t express in such blatantly vulgar terms. Today the circus turned deadly, and the country I grew up in won’t feel quite the same again.