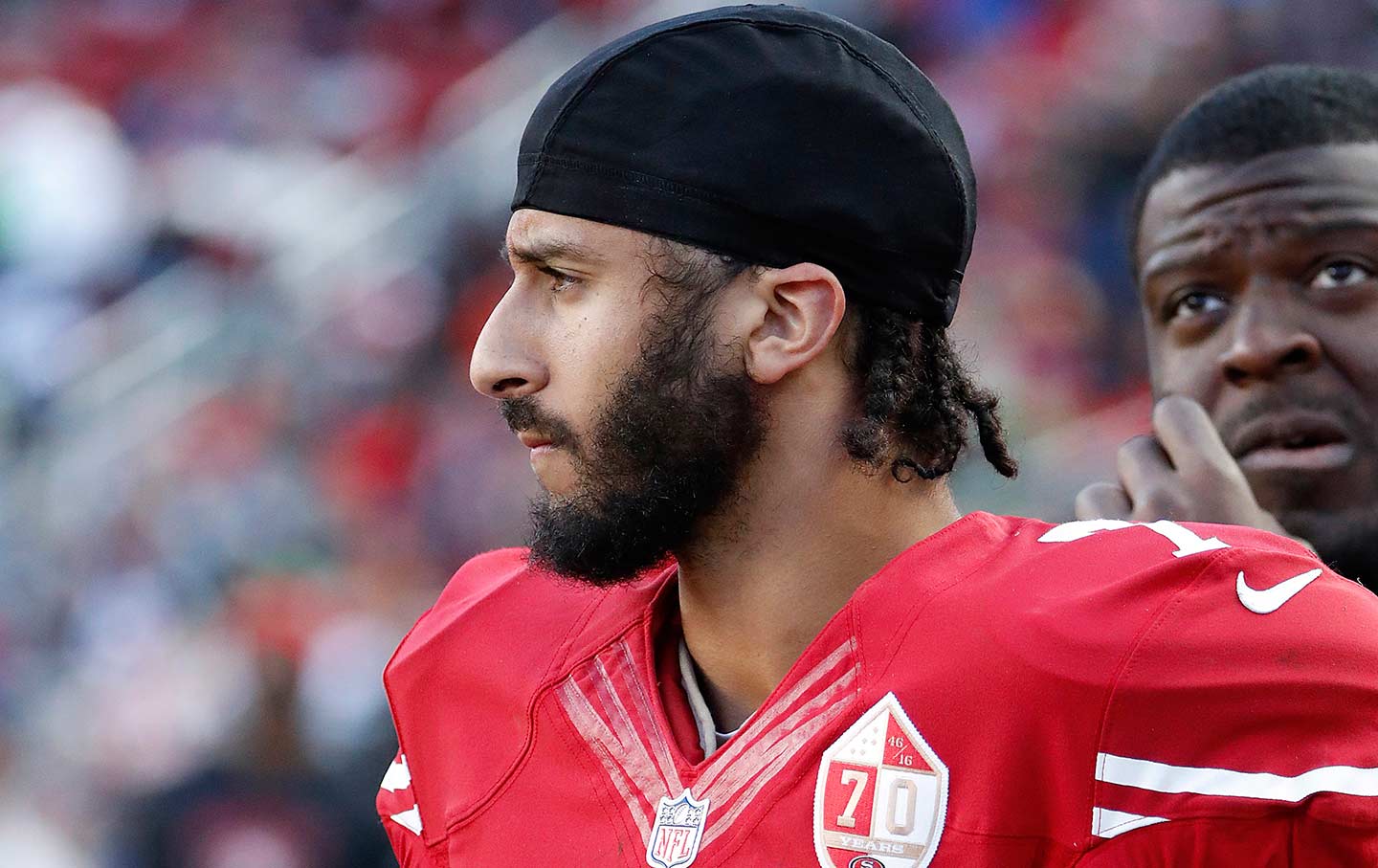 “I want you to pay close attention to what I am saying. Black people came up with a list of the black people they wanted to be recognized for black history month and white Republicans decided to tell the black people who shouldn’t be on the list.”

A resolution was put forward by the Wisconsin state legislature’s black caucus about people whom they wanted to see honored during this year’s Black History Month commemorations. One of the people these legislators wanted to single out for praise was a son of Wisconsin: blackballed NFL quarterback Colin Kaepernick. When Wisconsin Republicans saw his name, they erased it—literal erasure!—from the resolution. Republicans blocked the passage of the resolution until Kaepernick was removed. He is not in the updated version of the resolution. Later, at a press conference, they said Kaepernick was “too controversial” to be included on such a list.

Not to shock anyone, but none of the Assembly Republicans of Wisconsin are black. The Assembly majority leader, a gent by the name of Jim Steineke, held court with reporters and told them that Colin Kaepernick was erased for “obvious” reasons.

Steineke happens to have an arrest record going back 20 years, which includes charges like criminal trespassing and drunk driving. Despite his own history, he is prepared to not only disagree with the inclusion of Colin Kaepernick but also to take the moral high ground against a person who had the temerity to protest police violence.

I reached out to Kain Colter, former Northwestern quarterback and union advocate, who is now an organizer with the American Federation of Teachers in Wisconsin. I was curious what an athlete/activist who is now immersed in state politics thought. He said: “Colin Kaepernick is undeniably an influential black leader. His actions inspired activists and sparked conversations about human rights and racism in this nation. At great personal sacrifice, he spoke out about his concerns and people listened. The definition of being influential doesn’t include a stipulation on whether or not controversy is involved. More importantly, it is extremely problematic, when non-black Wisconsin legislators feel that they have the right to decide who is an influential black leader. These are the same Wisconsin Republicans that passed extremely controversial lame-duck laws in December which would have effectively restricted the voting rights of many of its black citizens if it were in not for an injunction issued by a federal judge appointed by our previous POTUS, President Barack Obama.”

Colter is absolutely correct. It’s also essential to remember that people now universally lauded during Black History Month, like Dr. Martin Luther King Jr. and Rosa Parks, were hardly beloved during the heights of their activism. Representative Jonathan Brostoff (D-Milwaukee) issued a statement that made this point, writing:

In the long tradition of Black athlete/activists including Jack Johnson, Jackie Robinson, Muhammad Ali, and many others, Kaepernick shows us that those who have a platform can and should use it to speak out on behalf of the oppressed. Unfortunately, Kaepernick finds himself today being demonized by the same types of people who demonized countless Black activists before him. Just as Muhammad Ali was banned from boxing for a time for his political views and Dr. Martin Luther King, Jr. was called unpatriotic for his criticisms of the US government, Kaepernick faces constant criticism for doing the right thing.

I would also add that given the announcement in late January of a civil-rights lawsuit against police officers in Milwaukee for the systematic covering up of police brutality, they should be listening to Colin Kaepernick instead of trying to erase him. He is a teller of difficult truths, truths that the city leaders of Milwaukee need to hear.