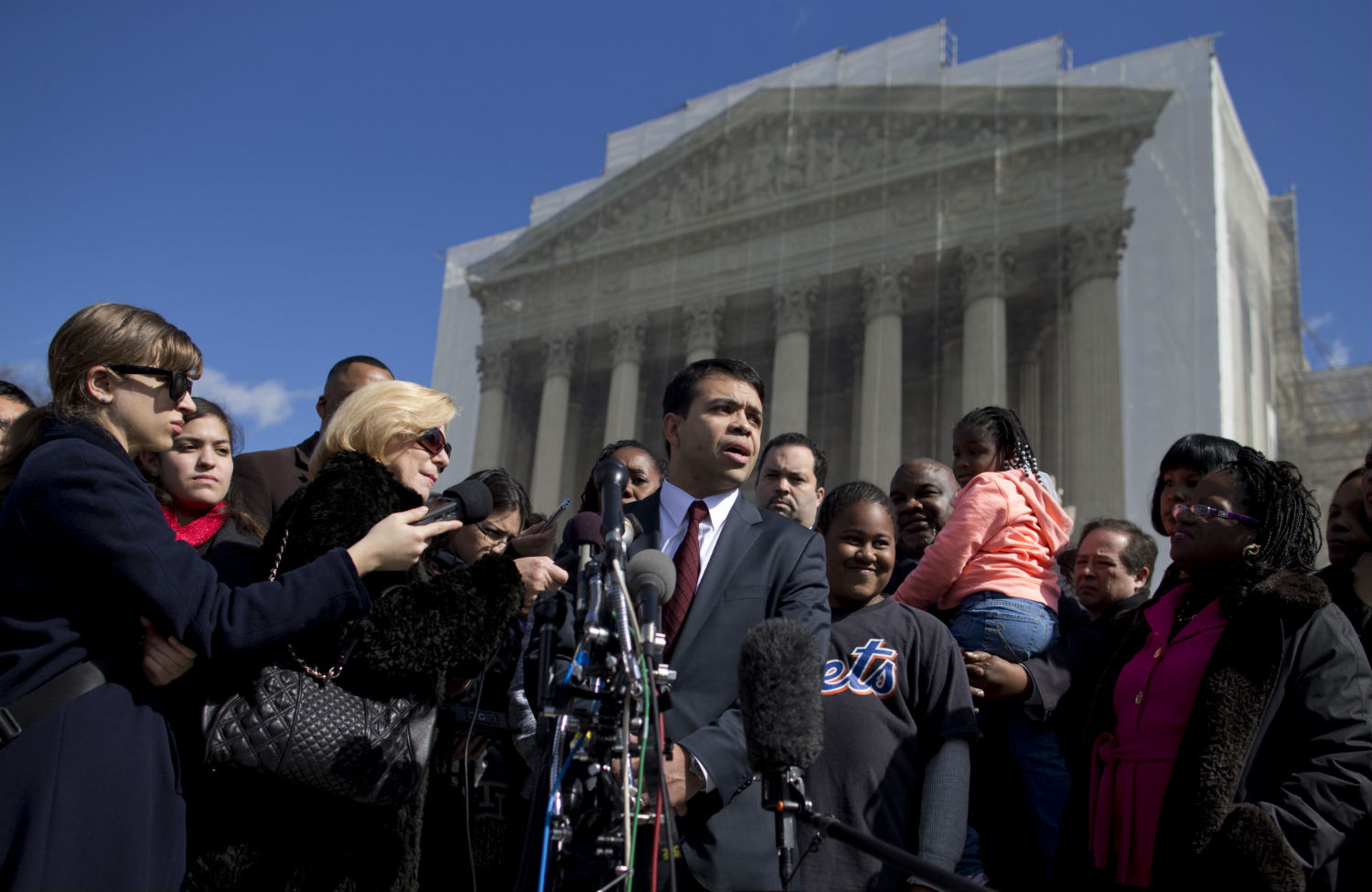 Debo Adegbile outside the Supreme Court on Feb. 27, 2013, after arguments in the Shelby County, Ala., v. Holder voting rights case. (AP Photo/Evan Vucci)

Today, the US Senate voted 47-52 not to confirm Debo Adegbile to head the Civil Rights Division of the Department of Justice. Every Republican senator and seven Democrats voted against Adegbile’s nomination.

Adegbile, the former director-counsel of the NAACP Legal Defense Fund, was superbly qualified for the position. He was endorsed by the American Bar Association and high-profile lawyers on both sides of the aisle, and presciently defended the Voting Rights Act before the Supreme Court last year. He would’ve made an excellent head of the Civil Rights Division.

But Adegbile was the victim of a vicious right-wing smear campaign, attacking him because LDF defended Mumia Abu Jamal’s right to a fair trial. All across the right-wing media echo chamber, on Fox News and conservative blogs, the words Adegbile and “cop-killer” were plastered in the headlines. The Fraternal Order of Police came out against his nomination, even though a court agreed with LDF that Abu Jamal had not been granted a fair trial—a basic right in American society regardless of whether he did or did not commit the crime.

In disqualifying Adegbile, senators are establishing a very dangerous precedent that attorneys are responsibile for all of the actions of their clients. “LDF’s advocacy on behalf of Mr. Abu-Jamal does not disqualify Mr. Adegbile from leading the Civil Rights Division,” prominent members of the Supreme Court bar wrote to the Senate Judiciary Committee earlier this year. “To conclude otherwise would send the wrong message to any lawyer who is affiliated, or might be asked to become involved, with a difficult, unpopular case for the purpose of enforcing and preserving important constitutional principles.”

It’s understandable why every Republican senator lined up against Adegbile’s nomination—the modern GOP has voted against civil rights time and time again. But the opposition of Democrats Casey, Coons, Donnelly, Heitkamp, Manchin, Pryor and Walsh is more shameful (Harry Reid voted no for procedural reasons, to keep the nomination alive). The idea that voting against the nomination of the head of the DOJ Civil Rights Division would swing a close race is laughable. Casey and Coons deserve particular scorn, since they represent safe blue states and both profess to be supporters of the causes Adegbile supports, like voting rights.

Today’s vote shows that, twenty-six years after George Bush ran the infamous Willie Horton ad against Michael Dukakis, race-based gutter politics is still not a thing of the past. As the Los Angeles Times wrote, “Adegbile deserves better.”