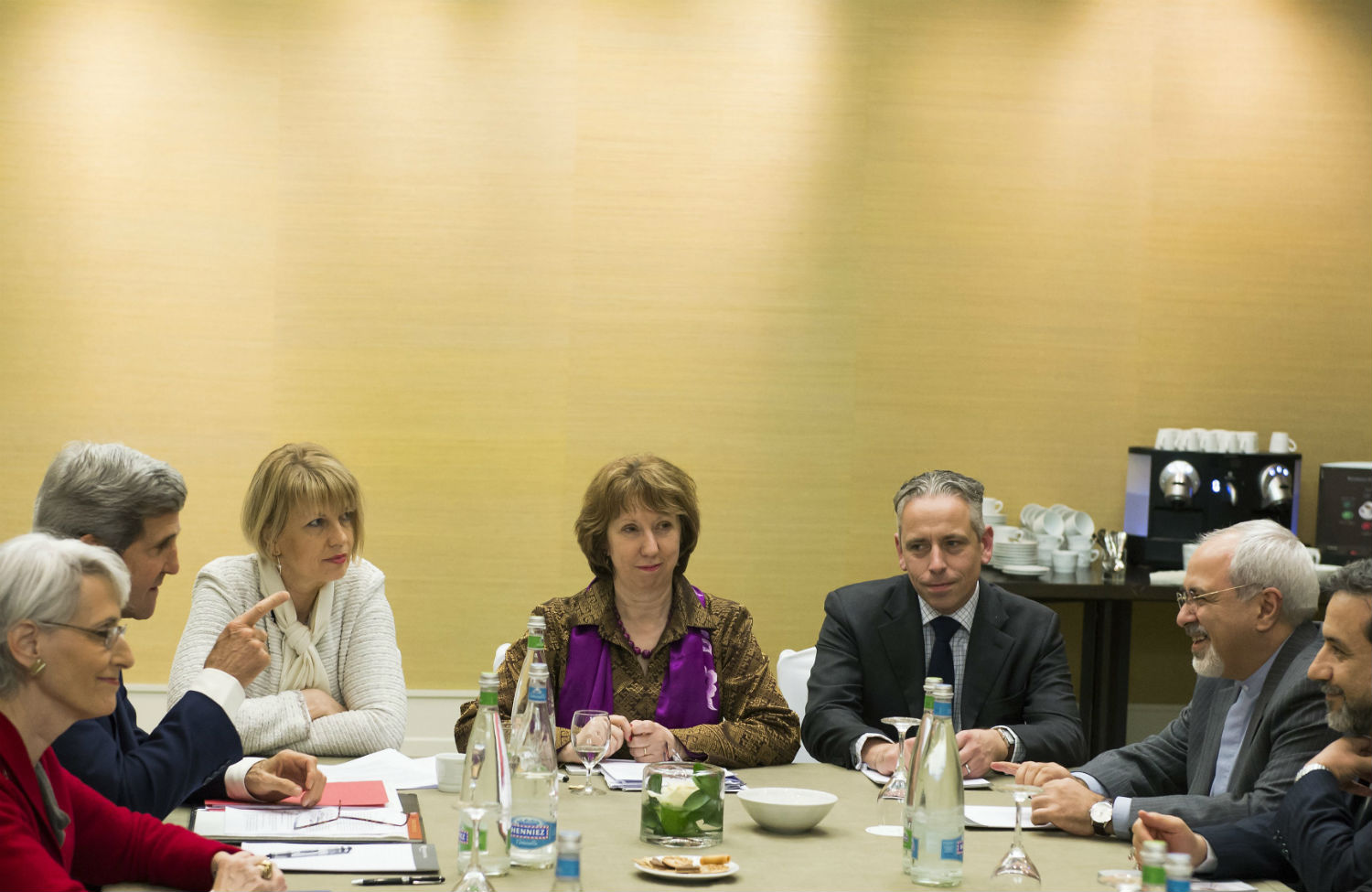 There’s plenty of carping, still, about the interim nuclear deal reached last month between Iran and the United States, along with the world powers of the so-called P5+1. However, the deal carries with it the possibility not only of solving the problem of Iran’s nuclear program but of transforming the entire Middle East and creating a working détente between Tehran and Washington that could help stabilize civil wars in Syria, Iraq and Afghanistan. There are even hints that President Obama might visit Tehran before the end of his stint in the White House.)

Most of all, the US-Iran accord signals a potentially vital turn by the Obama administration away from war, military confrontation and economic sanctions as its primary foreign policy tool toward, yes, diplomacy. Not only is the Iran deal advancing, with Tehran announcing that implementation of the deal would begin as soon as late December or early January in practical terms, but the parallel diplomacy on Syria is moving ahead, too. There, the movement to collect, account for, ship and destroy all of Syria’s chemical weapons is moving quickly, and there are plans for a January 22 peace conference in Geneva that could bring together the Assad government with important elements of the moderate opposition—plus the United States, Russia and possibly Iran.

Not too long ago, it seemed like the best that might be accomplished in US-Iran talks was an agreement that could avoid war, with President Obama vaguely repeating the mantra that all “options” were constantly on the proverbial table. Now, that table is covered with negotiations papers, and things look much less gloomy. Even George Will, the Washington Post’s conservative columnist, wrote today that the crisis over Iran has devolved into a choice between war or “containment,” with the current talks seeming to lock the United States into a permanent acceptance that Iran will forever have nuclear technology—and the possibility, however remote, of “breakout” toward a weapon—while creating a situation both sides can live with. Says Will, casting aspersions on hawks why cry “Appeasement!” all the time:

Some advocates of war seem gripped by Thirties Envy, a longing for the clarity of the 1930s, when appeasement failed to slake the dictators’ thirst for territorial expansion. But the incantation “Appeasement!” is not an argument. And the word “appeasement” does not usefully describe a sober decision that war is an imprudent and even ultimately ineffective response to the failure of diplomatic and economic pressures to alter a regime’s choices about policies within its borders.

And Will approvingly quotes Ken Pollack, the Brookings Institution analyst and former CIA officer: “Going to war with Iran to try to prevent it from obtaining a nuclear arsenal would be a worse course of action than containing Iran, even a nuclear Iran.” (That’s a quote from Pollack’s recent book, Unthinkable: Iran, the Bomb, and American Strategy, from a center-right thinker who in 2002 eagerly promoted the war in Iraq but who’s climbed down, more calmly lately, from war cries.)

But the talks with Iran go far beyond merely preventing war involving Iran, Israel and the United States. There’s enormous potential for a regional transformation, and Iran is hardly sitting still. This week, Foreign Minister Javad Zarif of Iran, Tehran’s chief representative in the nuclear talks, is traveling through the Sunni Arab littoral states of the Persian Gulf, to Kuwait, Qatar and the United Arab Emirates, trying to calm tensions in the regional Sunni-Shiite struggle that is inflaming conflicts in Iraq, Syria, Lebanon and Bahrain. So far, he’s not welcome in Saudi Arabia, the central player in the anti-Iranian, Sunni bloc opposition to a deal, but if things go right Saudi Arabia, too, will slowly reconcile with Iran.

Writing in the Huffington Post, Shireen Hunter, a Middle East expert at Georgetown University, suggests that the US-Iran talks might lead to broader regional stability. She says:

Continuing on this path could have positive outcomes not only for the U.S. and Iran but also for the entire region of the Middle East and South-West Asia. Under proper conditions, it might even lead to a change of paradigm in international and regional relations and eventually to the establishment of a new security structure in these regions.

This stalemate in the region and internationally offers the best opportunity to try reordering the region according to a new paradigm of avoiding maximalist goals and recognizing the principal security concerns of all countries in the region, of course including Israel. This would include Iran’s ending its excessive hostility toward Israel and trying to help the Palestinians’ aspirations through dialogue as well as recognizing the limits of its influence in the Sunni Arab World.

Meanwhile, this reordering would mean that Saudi Arabia and the Persian Gulf Arab states must accept the legitimacy of a role for Iran in the Persian Gulf and the rest of the Middle East and South-West Asia, and for both Iran and Saudi Arabia to recognize that each has natural constituencies in these regions which both should respect. Such a Saudi-Iranian understanding would go a long way toward easing sectarian tensions and fostering broader regional understandings which would contribute to regional stability.

Nor is such a Saudi-Iranian reconciliation a far-fetched idea. This happened in the past during the Rafsanjani and Khatami presidencies and it can happen again. Already, Ayatullah Hashemi Rafsanjani, who is widely respected and trusted by the Saudi leadership, especially by King Abdullah, has indicated that he is willing to undertake a process of reconciliation with the Kingdom and, for this purpose, to travel to Riyadh. But even were this reconciliation to take place, it would not mean the establishment of a Saudi-Iranian condominium in the Middle East; such a scheme would be bound to fail. But it would eliminate a major cause of tension in the Middle East and South-West Asia and make it much easier to resolve conflicts from Lebanon to Afghanistan and enhance stability.

Eventually, if such developments take place, they could prepare the ground for development of a region-wide security system.

It’s true that, of all the conflicts in the region, the one pitting Iran against the United States is the most fundamental, and its resolution could unlock doors from North Africa to Central Asia. No wonder the hawks and neoconservatives are worried.

Read our coverage of the Islamic feminist movement.