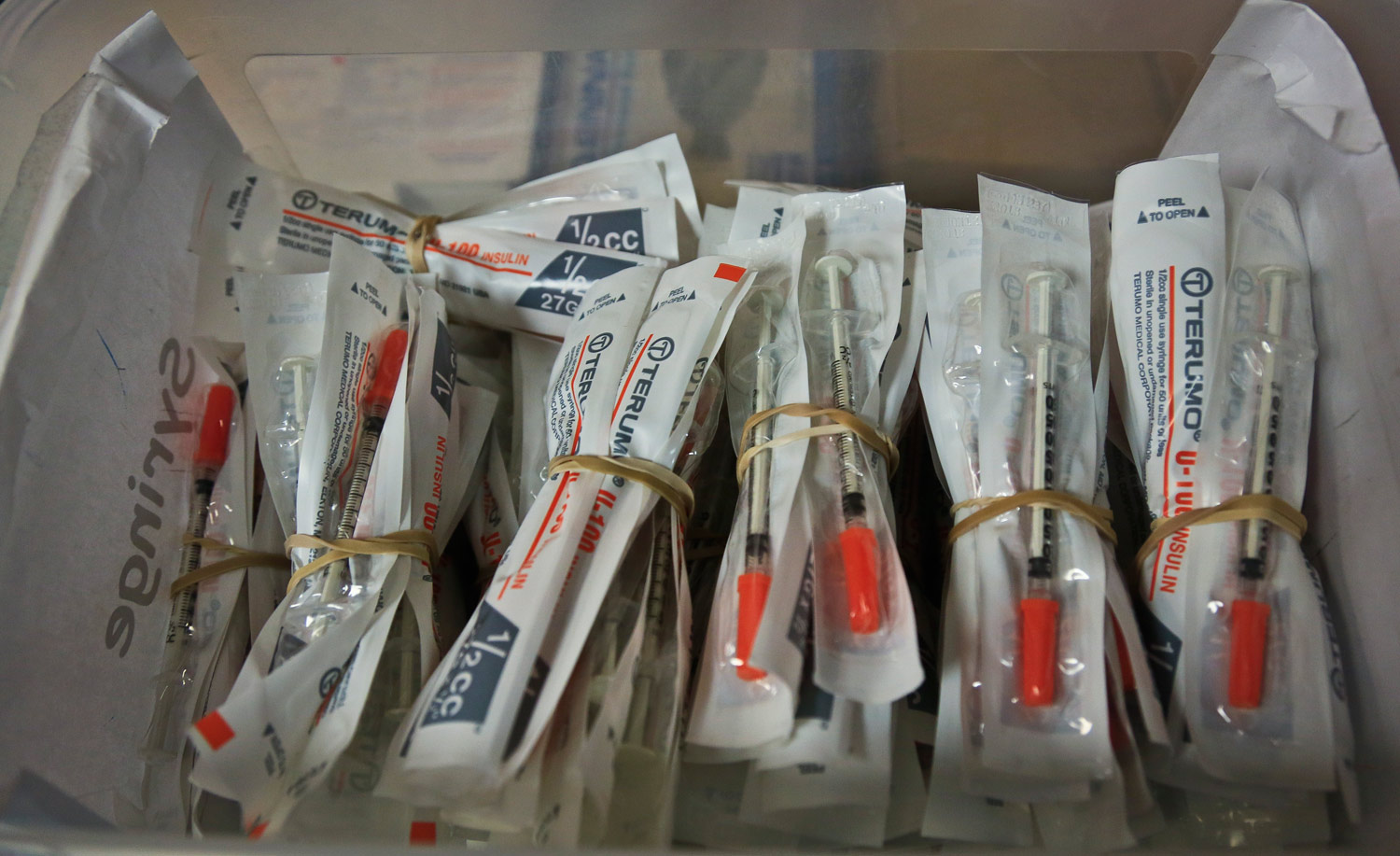 One way former Kremlinologists were able to detect trends behind the Iron Curtain was to read the poems of Yevgeny Yevtushenko and Andrei Voznesensky. My white students have been writing poems for years about dysfunctional behavior behind the lesser-known “Suburban Curtain.” They write about absentee white fathers who were “tourists” in their homes or absent parents who gave them money, which they spent on drugs. “Debutantes sniffing cocaine from dirty toilet seats” appeared in my student J. Cody Peterson’s “La Jolla. In 3 Acts,” about one of California’s high-income cities.

Now suddenly, that curtain has been drawn back. Three MSNBC moderators—Tamron Hall, Andrea Mitchell and Luke Russert— were recently shocked to discover that white people use heroin. Hall said white people are not the image that one usually associates with the drug. On April 17, Mitchell said that she came to focus on the heroin epidemic only when the governor of Vermont addressed it in a speech. On April 18, Russert described Connecticut as an “unlikely” zone for heroin use. “Unlikely” because for decades the media have associated heroin with black people. And even when filming addicts in a clinic and concealing the identity of three white men, MSNBC showed the face of a black addict who was seeking help.

Black people and families were first diagnosed with a “tangle of pathologies” in Senator Daniel Patrick Moynihan’s notorious 1965 The Negro Family: The Case for National Action. He said black women were on the way to creating a new species, even though any matriarch on welfare at the time was likely a member of the senator’s own tribe: Celtic-American. Charles Murray, author of The Bell Curve, a pop-sociological update on Moynihan’s themes, is also of Scots-Irish descent. Now National Review writer Kevin Williamson, author of a recent article about Appalachia called “The White Ghetto,” cites a tangle of pathologies among white people of Scots-Irish descent.

Why turn this incriminating lens from black people to white people? There have been reports of drug epidemics in white communities since at least 1995, when on March 20 of that year The New York Times reported, “The typical person whose death is related to heroin in the Philadelphia area is likely to be white, employed and living in a middle-class suburb.”

Since the 1990s, the epidemic in white rural and suburban areas has grown. No curtain is big enough to draw across the suffering on display, with 669,000 Americans using heroin in 2012, a 65 percent increase from 2002. A recent film, Gateway to Heroin, quoted a Boston undertaker who had buried “hundreds” of white kids who had died from opiate overdoses. Another filmmaker attuned to the problem of the white underclass is Debra Granik, with her award-winning films Down to the Bone and Winter’s Bone.

Maybe if the pundits and reporters had paid attention in 1995, almost twenty years ago, the problem wouldn’t be as devastating. At the time, a study emerged indicating that all was not well in suburbia. A 1997 SUNY study surprised its authors when their interviews with white women revealed that 92 percent of those interviewed had experienced battering or had seen their mothers or sisters battered. “Domestic violence is not a phenomenon found only in poor and working-class homes,” Weis said in a press release, but is “found widely in very privileged homes as well.” Weis added that the 31 black women respondents were much more open about the violence they saw and experienced. “The white women in the study, on the other hand, were very secretive,” Weis wrote. She speculated that such secretiveness served to protect the popular image of family life in the white community and that shame and secrecy were encouraged by the media focus on demonizing black people.

Do white pundits, reporters and TV news producers have a no-snitch policy on exposing social crises in the white community? While popular culture, novels, film and theater portray the black boogeyman as a threat to women (more so than the mostly white men who deny Medicaid to the poor and send black and Hispanic women to prison for drug crimes), white men’s treatment of white women is rarely discussed. I’ve challenged the white men who finance black boogeyman products to address the issue of domestic violence against white women. Why isn’t Nicholas Kristof on this?

Meanwhile, Scot Nakagawa has criticized William Schneider of MSNBC for using Asian-Americans—thirty-eight culturally distinct groups—as a model minority, arguing that Schneider is aiming to shame black people by comparison. He contends that such labeling conceals the problems—like sex trafficking and poverty—that afflict some Asian-American communities.

The latest shedding of light on the “tangle of pathologies” in the white community is to be encouraged. Better late than never. Maybe no longer will the white community be treated as Lake Wobegon, with the black community as a sort of waste disposal across the tracks for the country’s social problems.