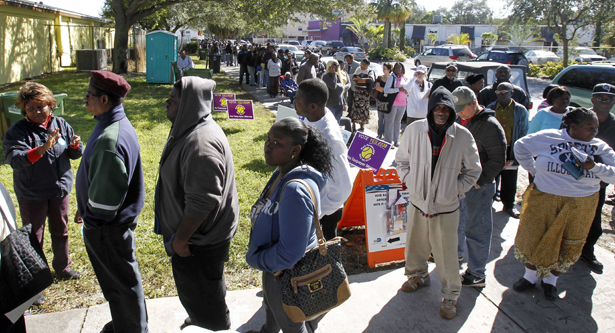 Voting is an important feature of democracy, it is a mechanism for accountability, and the right to vote should be extended to all who desire to do so. That being said, I wish we could demystify voting as the single most important political act a citizen does.

I say this as the push to get Ferguson, Missouri residents to vote is underway. In the almost two months since 18-year-old Michael Brown was shot and killed by Officer Darren Wilson (who still has not been arrested), 3,000 Ferguson residents (total population is 21,000) have registered to vote. And that’s good. Certainly some of the problems that led to Brown’s killing have to do with a political system that is not representative of the citizens it is charged with governing. In a town that is two-thirds black, only one of its six city council members is also black. If more than 6 percent of the black residents had voted, there would likely be a different mayor, and perhaps a different police chief.

That doesn’t mean, however, Darren Wilson would not have shot Michael Brown.

As I said, voting is a means by which we hold elected officials accountable, but it does not guarantee they do the right thing. In the aftermath of Brown’s killing, there was much reporting on the daily interactions black residents of Ferguson have with police. Much of it has to do with persistent traffic stops and ticket writing, the fines from which make up a large part of the city’s budget. It’s noticeably racist when a largely white city government and court system prey on working-class black families in this way, but as Radley Balko reported for The Washington Post, it isn’t that much different for surrounding municipalities, even those with proportionate black representation in government. People in office uphold structures of oppression.

Voting can change the makeup of who is in office, but in order for there to substantial change, the people who run for office must accurately reflect the values of the community they represent. That’s where activism, direct action, organizing and movement building come in.

“For all the righteous indignation it inspired,” writes Charles Cobb, a a former Student Nonviolent Coordinating Committee field secretary, in The Washington Post, “the Ferguson turmoil has become the latest in a series of flash-in-the-pan causes that peter out without inspiring lasting movements for racial justice.”

I have more than a few issues with this assertion. It’s the reason I wrote a few thousands words about the work that a new generation of activists have been doing, before Michael Brown was killed and Ferguson became recognizable shorthand, in organizing and building a movement. Cobb nods to this toward the end of his op-ed, but doesn’t seem to take these young people seriously.

But he also admonishes the residents for their low voter turnout. “Just two generations ago, black Southerners endured arrests and beatings in order to vote,” he writes, “And yet, it seems we’ve already forgotten the immense power of the ballot.” I don’t believe that’s true. Young black people in particular, the ones who showed up in record numbers in 2008, 2010 and 2012, know well the power of the ballot. They also know the limitations. They have watched the past six years unfold, on a national and local level, and understand that voting on its own is not enough. And that’s why they’re in the streets building a movement.

I want to stress that I’m not anti-voting. I’m anti-rhetoric that posits voting alone as the supreme political act and does not recognize the other influences in politics that diminish the power of the vote. Our two-party corporate-funded elections are not a balm on our most pressing political issues. Activism, organizing and direct action are crucial, and the work young people are doing on those fronts can not be easily dismissed.