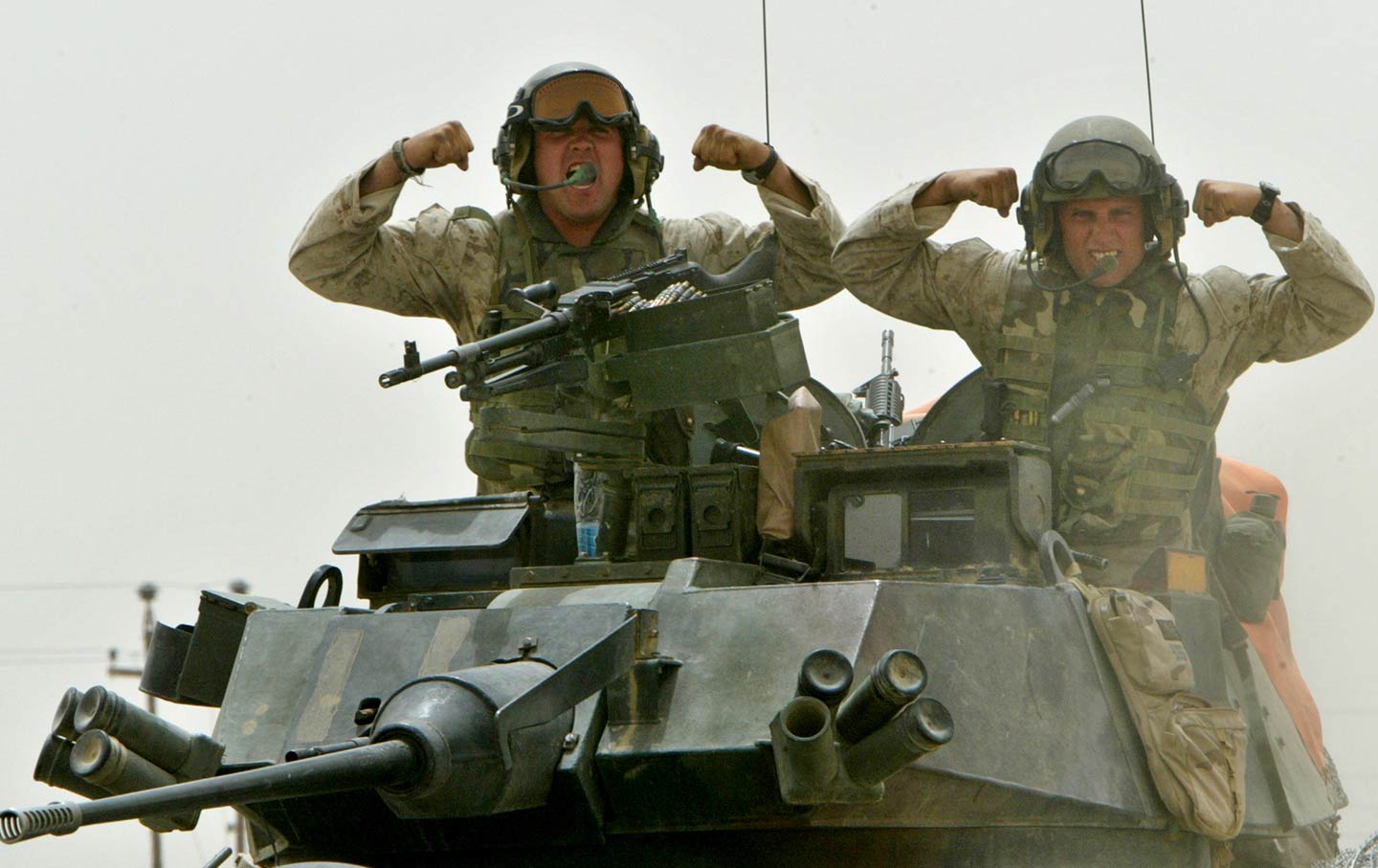 Reports come from Cancún of a spring break “pirate ship” cruising off the coast of Mexico, with US college students breaking out into a chant of “Build That Wall.”

Let’s assume they are juniors or seniors, about 20 or so years old. They might have just been conceived when Bill Clinton’s Secretary of State Madeleine Albright said that the death of half a million Iraqi children was “worth” the “price” of isolating Saddam Hussein. Maybe they were just born, a year old, when Clinton launched one of his children-killing cruise missiles into Baghdad, including one time in 1998, shortly before the House impeachment vote related to the Monica Lewinsky affair, that was described by The New York Times as a “a strong sustained series of air strikes.”

They probably entered kindergarten around the time that Bush and company manufactured evidence about Iraqi WMDs, picking up an assist by the mainstream media to begin the systematic destruction of a country we weren’t at war with, that committed no offense against US citizens. They might have been in the first grade when US forces decimated Fallujah, and in the second grade when those photos of Abu Ghraib began to circulate, kicking off a never-ending debate over whether it is moral or not to torture. They’ve lived through the horrors of Blackwater and global rendition.

They were around 8 or 9 when their elders reelected the criminals for a second term, when George W. Bush told us in his second inaugural address that our values and our interests were one and the same, and that we were waging war around the globe to rid the world of evil. They were 11 or 12 when Hillary Clinton legitimized a coup in Honduras, and just a bit older when she gloated over Qaddafi’s brutalized and raped corpse, “we came, we saw, he died.” Maybe they were just wrapping up high school when they learned that their president, Barack Obama, consults Augustine and Aquinas before signing off on “kill lists.” If they were paying attention a few years ago, they might have heard Dick Cheney say, on Meet the Press, that it was impossible for the United States to torture, that US citizens can only be tortured.

On April 14, 1986—more than a decade before they were born—the Reagan administration bombed Libya, claiming that, since Libya was involved in a bombing in Germany, the United States was acting in self-defense. The US bombing killed a number of civilians, including a young girl. Reagan’s secretary of state, George Shultz, said the US missile strikes were “measured” and “proportionate” to the crime Libya had committed. Jimmy Carter’s former White House counsel, Lloyd Cutler, tried to capture the new logic that justified the US right to launch missile strikes at will: “as a superpower with global responsibilities, if our forces are attacked in another country, you can construe it as an attack on our territory.” Under that definition, Cutler said, there is no part of the globe that cannot be considered “our territory.”

Those kids in Cancún were raised on what is in effect a giant pirate ship masquerading as a country, the children of unending war, taught to believe that their jurisdiction is universal, their writ is global, even as their resentment—a feeling that they live in a nation under siege—is exceptional. Build that wall.