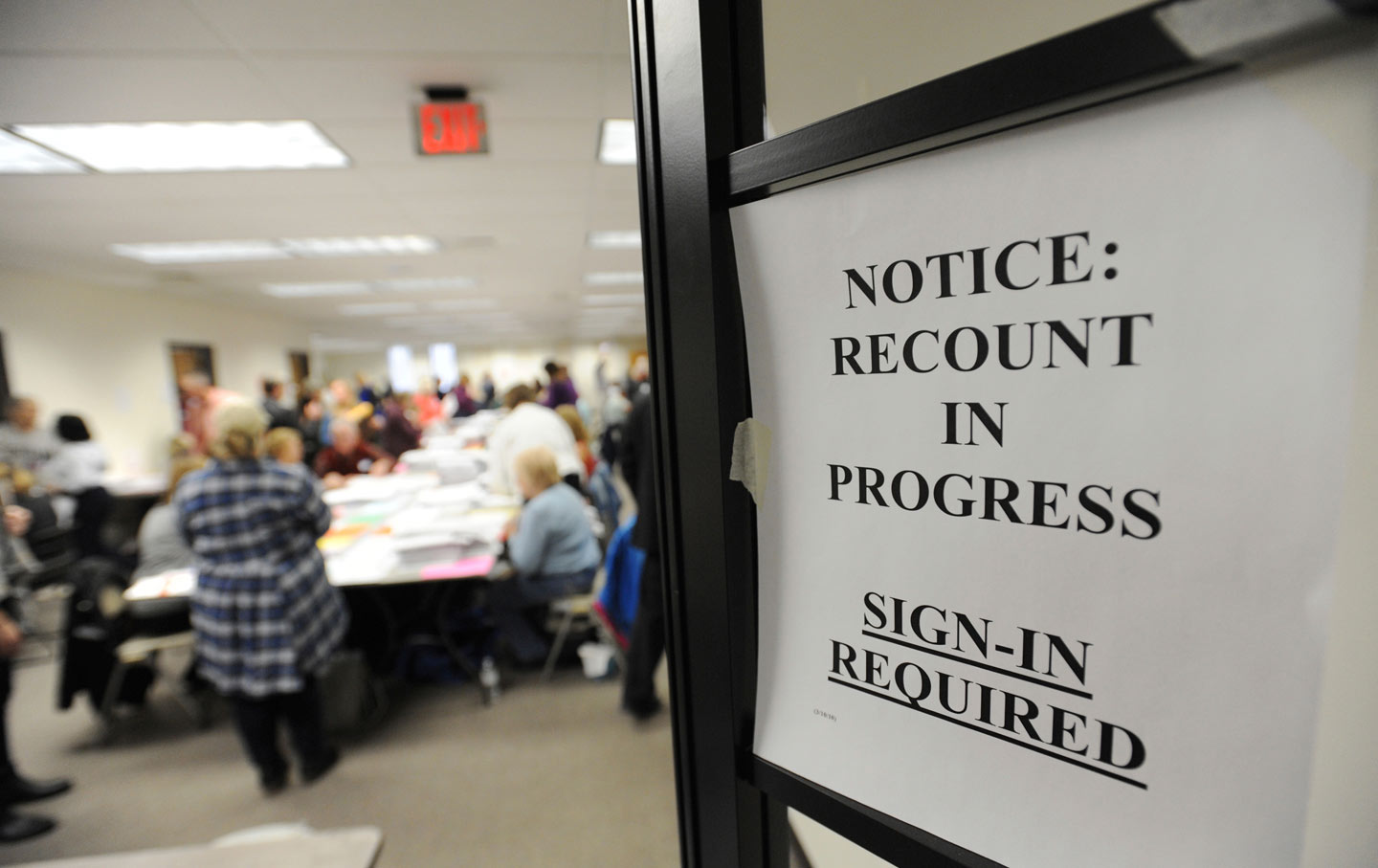 Presidential recounts are not about changing election results. At least, that is not their primary purpose. At their core, recounts are about ensuring confidence in the integrity of the voting system.1

It is unfortunate, if not all that surprising, that the two largest corporate-controlled political parties have chosen to stand in the way of these grassroots-demanded recounts—in the case of Republicans, actively blocking them in the courts; in the case of Democrats, capitulating in their refusal to push for them. In an election marked by so many irregularities, public distrust, and outright evidence of hacking, Americans deserve to know now more than ever that the election was accurate and secure.2

That is the ultimate goal of this and every recount: to restore confidence in our elections and trust in our democracy.3

Consider the 2004 recount, for example. As the Green Party candidate for president that year, I led efforts to organize recounts in Ohio and New Mexico, in the wake of widespread complaints about the obstruction of legitimate voters, mostly in majority-black precincts, and tampering with computer voting machines on Election Day. The Libertarian nominee Michael Badnarik supported our efforts, but the Democrats, led by nominee John Kerry, were silent.4

The investigations sparked by that recount did not change who won the electoral votes in New Mexico or Ohio. They did, however, uncover glaring problems with our voting system.5

A report published by the US House Judiciary Committee, spearheaded by the committee’s ranking Democrat, Representative John Conyers, found conclusive evidence that more than 100,000 voters—many concentrated in communities of color—were disenfranchised during the election. Among the irregularities caused by the intentional, illegal behavior included some 90,000 spoiled ballots, the improper purging of tens of thousands of voters by election officials, and improbably high turnout in certain counties, even surpassing 100 percent in some cases.6

If this is news to you, you’re not alone. The Judiciary Committee’s findings faced a near-total reporting vacuum. The mainstream media largely swept the report under the rug—especially the Green Party’s role to initiate it—even as two Republican operatives in Ohio were convicted and sent to jail for their misconduct. Fortunately, the recounts did catch the attention of some in the political establishment, leading many officials to take greater caution regarding computer voting. Three states—California, Maryland, and Virginia—even moved to phase out or ban touch-screen voting machines altogether.7

It is fair to say that the 2004 Green Party recount efforts helped to nurture a nascent “election integrity” movement.8

Now, during the 2016 presidential recount, we see many of these same ingredients—proof of election irregularities, mistreatment of the issue from major news media, and negligence from Republicans and Democrats alike.9

In the three days of recounting that took place in Michigan before a state judge shut it down, it was revealed that a shocking 87 optical scanners in Detroit alone broke on Election Day, causing erroneous vote counts. Moreover, 128 out of Detroit’s 534 precincts had discrepancies between the number of names listed in the precinct’s poll book and the number of ballots in the ballot box.10

In Pennsylvania, where the vast majority of voting is done on machines that leading computer scientists agree are unreliable, antiquated and easy to hack, voters do not even receive a paper ballot to verify their vote. In Montgomery County, for example, the machines claim that more than 7,000 voters took the trouble to go to the polls, but then didn’t vote for anyone for president.11

In Wisconsin, instead of hand-counting paper ballots—the “gold standard” of election auditing—many ballots were fed into the same electronic machines used on Election Day, which would produce the same potentially faulty results.12

The recount, simply put, has been one in name only. In fact, perhaps the biggest revelation to emerge from the recount process is the sheer extent to which our political and election system is broken.13

The forces trying to stop the recounts—and succeeding, in several cases—are the same ones that have been undermining our democracy and disenfranchising voters for decades. Whether it’s a court in Pennsylvania demanding $1 million before even listening to the voices of ordinary voters, or an attorney general disregarding the rule of law in Michigan to do Trump’s bidding for him, our democracy is being stolen from us in plain sight.14

What we’ve seen in the last three weeks underscores perfectly why we desperately need a political revolution in this country. It has affirmed why the Green Party exists and what it is that we stand for. It is further explanation for why a million-plus people rejected the politics of fear this election and embraced the vision that together we can transform society.15

In this way, the recounts are about much more than verifying the vote. They are a way for Americans of all backgrounds and political persuasions to demand fundamental social change.16

As the recounts conclude this week, let the lesson from this effort be just how far the political establishment went to use America’s broken political, economic, and legal systems to override the will of the people and suppress the vote. For if we are going to effect the real, structural change that millions of Americans are demanding, we must first understand how power operates, and recognize the critical role that a movement campaign like this one can play.17

While this presidential election may be over, our drive for a world that puts people, planet, and peace over profit is growing stronger every day. It’s past time that we make real the promise of our democracy.18

And that is why we in the Green Party call for a system where we count every vote, and where every vote counts. We call for:19

In today’s America, there is only one political party leading the fight for such a voting-justice movement: the Green Party.21

I extend a personal invitation to join us.22