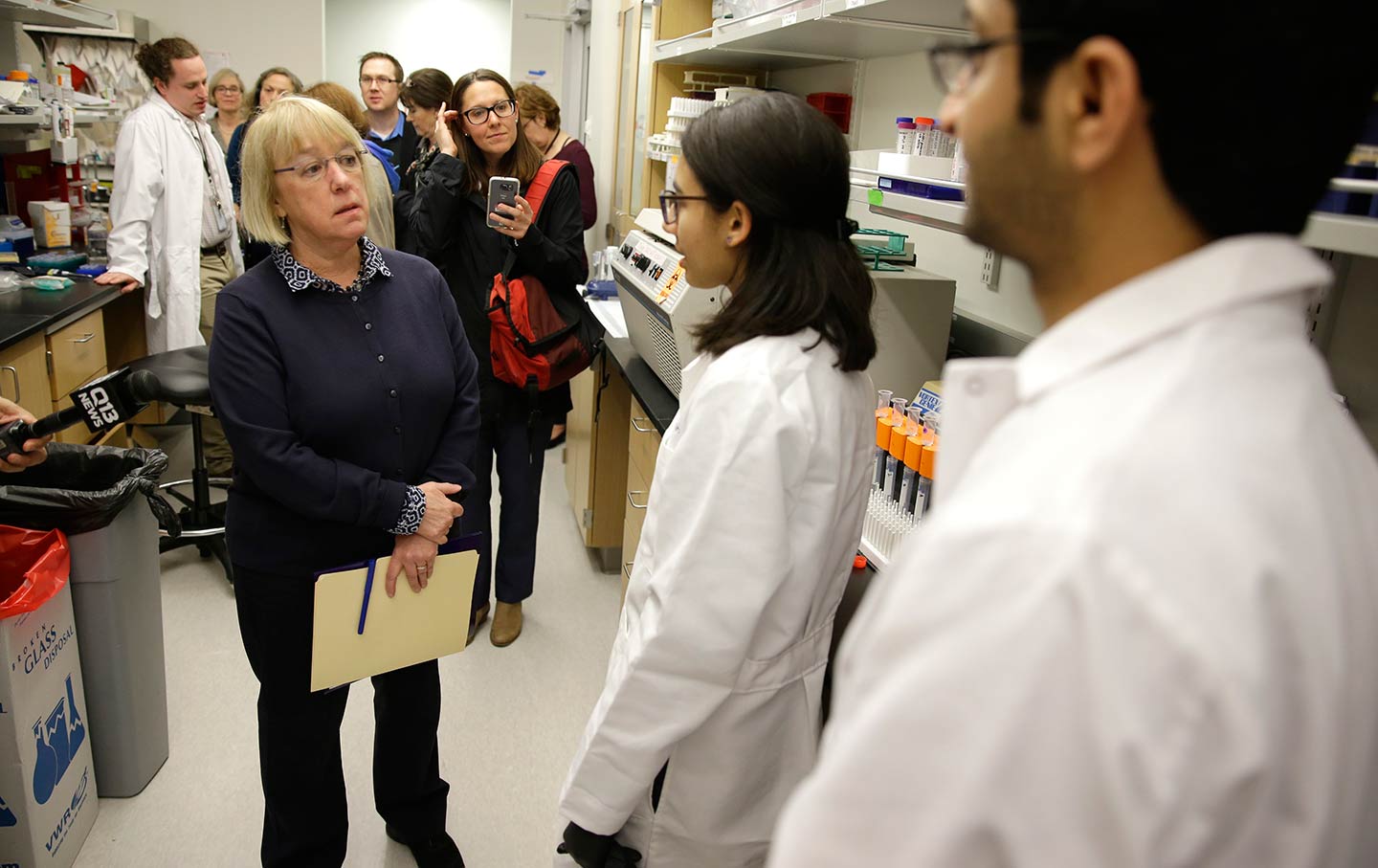 Senator Patty Murray visits an immunology lab at the University of Washington to discuss the potential impact to research by proposed budget cuts to the NIH, April 12, 2017. (AP Photo / Ted S. Warren)

In January 1970, the organizers of the first Earth Day published a full-page ad in The New York Times. A few months ahead of thousands of demonstrations and teach-ins across the United States, they declared that Earth Day represented “a commitment to make life better,” “to provide real rather than rhetorical solutions,” and “to challenge the corporate and government leaders who promise change, but who short change the necessary programs.” They continued, “April 22 seeks a future.”

Nearly half a century later, the scientific community is once again issuing a call to action. When the world commemorates the 48th Earth Day this weekend, the occasion will be marked by March for Science rallies nationwide and around the globe. At a time when facts and science are under attack, the organizers hope to send a loud and clear message that “science is a vital feature of a working democracy.” Denouncing policies that “threaten to further restrict scientists’ ability to research and communicate their findings,” they warn that “we face a possible future where people not only ignore scientific evidence, but seek to eliminate it entirely.”

One of the most threatening of those policies is in President Trump’s budget blueprint: a cut of nearly $6 billion to the National Institutes of Health (NIH). As the Post reported last month, the proposal would slash roughly a fifth of NIH’s funding in fiscal year 2018, “a seismic disruption in government-funded medical and scientific research.” The administration has also proposed a separate $1.2 billion reduction in the remainder of this year’s NIH funding, along with severe cuts to the National Science Foundation, the Environmental Protection Agency, and other programs, to pay for a border wall and higher defense spending.