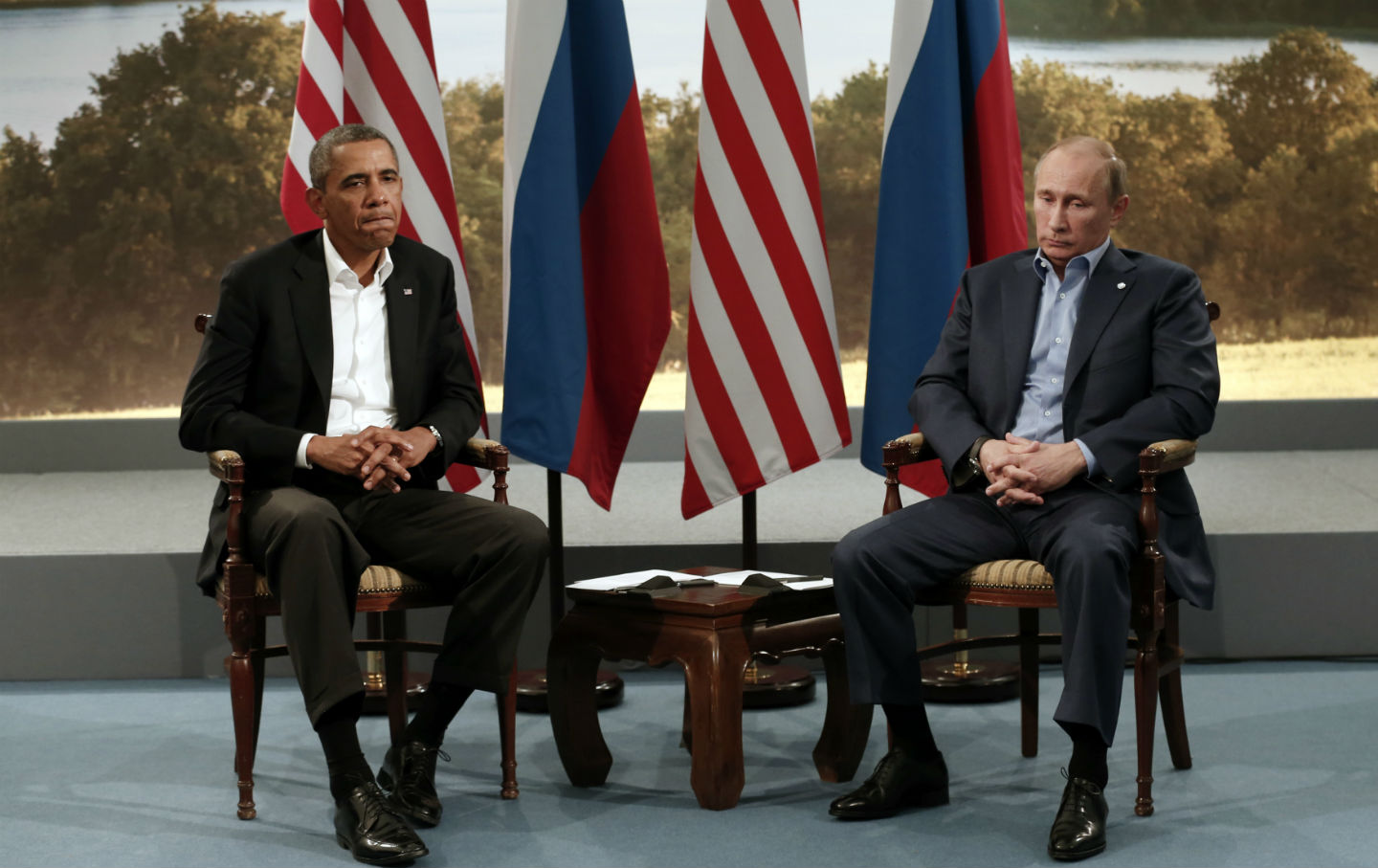 The 70th anniversary of Victory Day offered a wonderful opportunity for world leaders to come together and celebrate the triumph of international cooperation. Unfortunately, this opportunity has been squandered by President Obama, British Prime Minister David Cameron and other Western leaders who have refused to participate in the May 9 celebrations in Moscow. Rather than acknowledge and honor the Soviet role in the great victory of 1945, these leaders are deliberately distorting the historical record and treating the anniversary as yet another occasion to spurn Russia over the Ukraine crisis. By doing so, they are not only dishonoring the memories of the millions of Red Army soldiers who died in the fight against the Nazis. They are also rejecting an opportunity to ease East/West tensions in favor of raising them even further.

This behavior is consistent with a troubling pattern. The period from June 6, 2014, to May 9, 2015, contained the 70th anniversaries of the “year of victories” that led to the defeat of the Third Reich. Americans remember D-Day as the moment the tide of the war turned, when Allies landed at Normandy and began the long struggle to liberate Europe. Judging by the chilly reception Obama and Cameron gave to Vladimir Putin at the D-Day commemoration last June, one might have inferred that the Russian president had no business attending the ceremony—or, worse, that he was somehow representative of the defeated Axis powers.

In fact, the Soviet Union did far more than the United States and Britain combined to destroy Nazi Germany and the Wehrmacht. The Red Army stood virtually alone in the European fight against the Nazis from 1941 until the Normandy invasion, and the Soviet role in D-Day was enormous. The success of D-Day was made possible by the extraordinary drive of the Red Army from Stalingrad to the Elbe River in the two years following victory at Stalingrad on February 2, 1943. Nine of every ten German soldiers killed in World War II were killed by the Red Army.

Only 11 Wehrmacht divisions fought the Allied armies in Normandy, yet at the same time 228 Nazi divisions were fighting the Red Army in the east. Simultaneous with the Battle of Normandy came the far greater victory of the Red Army in Operation Bagration, when Hitler’s last great concentration of armies was annihilated in what is now Belarus.

This past year has also marked the 70th anniversary of the liberation of the Nazi extermination camps, including Auschwitz, Majdanek, Treblinka, and Sobibor—all of which were liberated by the Red Army. But many Western leaders and NATO allies have remained silent about this crucial fact. The Polish government shamefully excluded Putin from the anniversary ceremony in Auschwitz in January. Ukrainian Prime Minister Arseniy Yatsenyuk has even claimed that both the Soviet Union and Nazi Germany invaded Ukraine (in fact, the Red Army liberated Kiev) and that Ukrainian forces liberated the death camps on their own. This is a Big Lie worthy of Orwell’s Ministry of Truth.

There is no benefit for any Americans, whatever their political persuasion, in following such obviously false and destructive arguments. Obama and Putin do not have to share a political outlook, or even like each other, to recognize the significance of their nations’ shared history or acknowledge that cooperation between the two superpowers remains essential for global security.

The wisdom of FDR and Churchill in joining forces with Stalin against Hitler despite personal misgivings and political disagreements underscores the shortsightedness of Obama and Cameron’s decision to boycott the May 9 events in Moscow. (Obama refused an invitation to attend the 2010 Victory Parade too, and the Russians then refused to accept Vice President Joe Biden as his representative.)

Obama could easily have visited Moscow without attending the military parade, as Chancellor Angela Merkel of Germany has chosen to do. At a minimum, he could have gone to Moscow and stood with Putin to collectively lay a wreath on the grave of the Unknown Soldier, whose symbolism for Russians is transcendent. Instead he has encouraged a deliberate campaign to spoil, discredit, and belittle the Russian victory celebrations in response to Russia’s continuing support of the secessionist forces in eastern Ukraine.

These spiteful and petty acts, enthusiastically embraced by American neoliberals and neoconservatives alike, can only further embitter Russians against the West. And the campaign is doomed to fail anyway. It will certainly not “isolate” Russia, which is playing host this weekend to powerful leaders from around the globe, including China, India, Brazil, and South Africa. More than one-third of the total population of the world will be represented at the events.

A generous acknowledgement of the leading Soviet role in the victory of 1945 should have served as a reminder of how much the United States and the Soviet Union were able to accomplish together in their joint triumph over fascism. And it would have reminded us how vital it is for the two nations to continue to work together as partners in the fight against terrorism, transnational crime, drug trafficking, sexual slavery, climate change and nuclear proliferation.

To honor this great and solemn anniversary is simply the right thing to do—historically, morally and politically. The total number of Soviet military and civilian deaths, 27.5 million, was more than twice the death toll of all Americans, Britons, Commonwealth, French, and even Germans killed in the war combined. That is why Victory Day remains the most sacred public holiday of the year in Russia, and why it is equally revered in many of the former Soviet republics.

The Russian people and their allies paid the colossal price in lives and blood that victory in World War II required. To dishonor their memory is disgraceful.